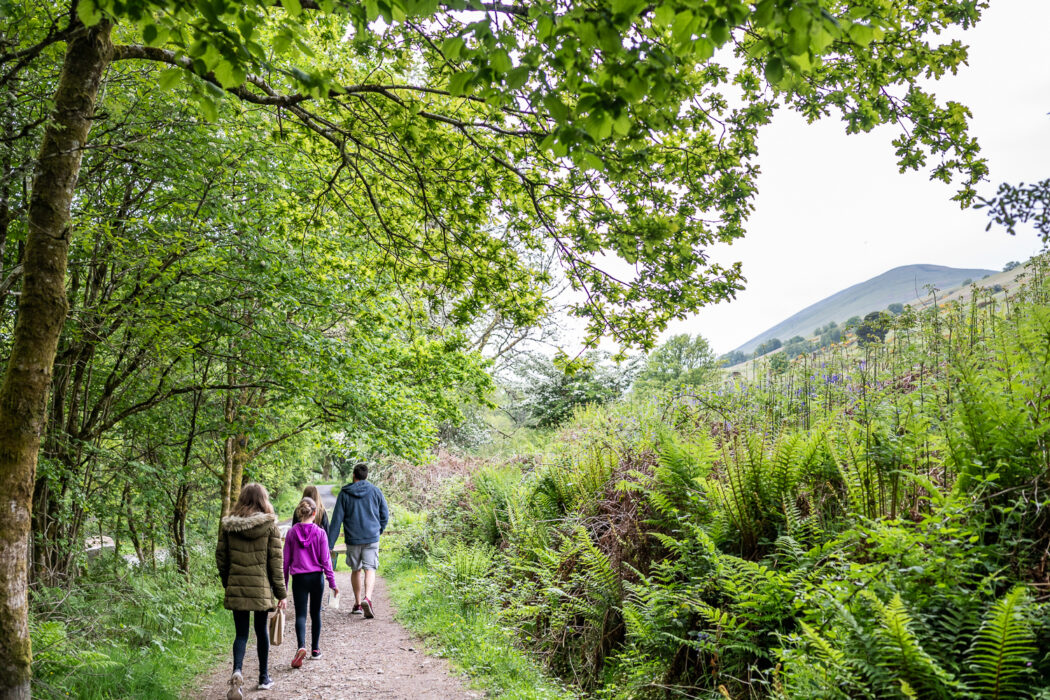 June has been a full-on month with both work and play and as a result it feels like it’s disappeared in the blink of an eye – how are we halfway through 2021 already?!

Having spent the first part of Whitsun half term exploring Edinburgh at the end of last month on our first ever trip to Scotland, we then spent the first few days of June making memories at Cameron Lodges on the shores of beautiful Loch Lomond – a review trip that had been postponed from last year due to the pandemic.  It was really relaxing and it felt a million miles away from the hustle and bustle of the city.  I quite like dividing trips in half like this (we did the same thing when we travelled to Boston and Cape Cod in 2019) in order to get two totally different experiences.

We’re on the final stretch of school before summer now and what a year it’s been (again!).  This one feels more poignant than ever as it’s Lola’s last few weeks at primary school and she’s the last of my babies still there.  September really is going to be a whole new era with all three of them at high school.

Before I start thinking too far ahead and getting all emotional, here are all the little things I’ve been loving lately throughout June…

The Secret Commonwealth:  ‘The Secret Commonwealth’ by Philip Pullman is the second story from the ‘Book Of Dust’ trilogy, a wrap-around extension of the ‘His Dark Materials’ trilogy.  This book is set ten years afterwards, when Lyra (the main character) is in her early twenties.  I had originally intended to re-read all three of the ‘His Dark Materials’ books but in the end decided to just dive straight in with this one and I’m glad I did.  It’s a chunky book – I think it’s going to take me a while to get through!  I’m about 100 pages in so far and already intrigued as to where it’s going to go. 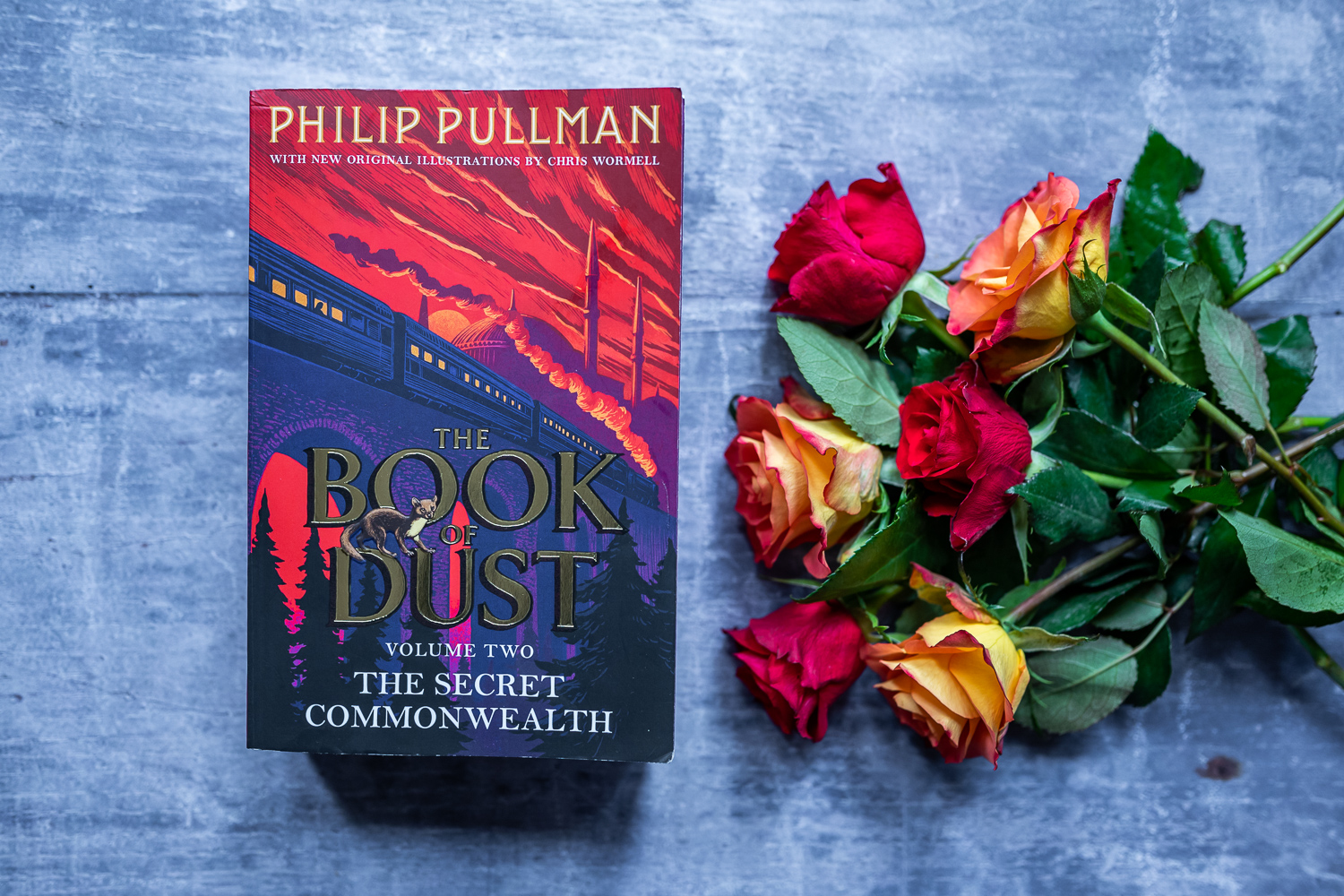 ‘The Secret Commonwealth’ by Philip Pullman

The Masked Dancer:  We’ve watched a couple of episodes of ‘The Masked Singer’ before but ‘The Masked Dancer’ was an unexpected discovery whilst we were in Scotland.  It was on every evening for the whole of half term and it quickly became our little routine to all snuggle up on the sofa of our Edinburgh Airbnb and then in the lounge at Cameron Lodges to watch it together after a day of exploring and adventuring.  It’s such a fun concept, the participants are so talented and all five of us loved it.  I hope another series gets made because the world definitely needs more light-hearted silliness and joy right now. 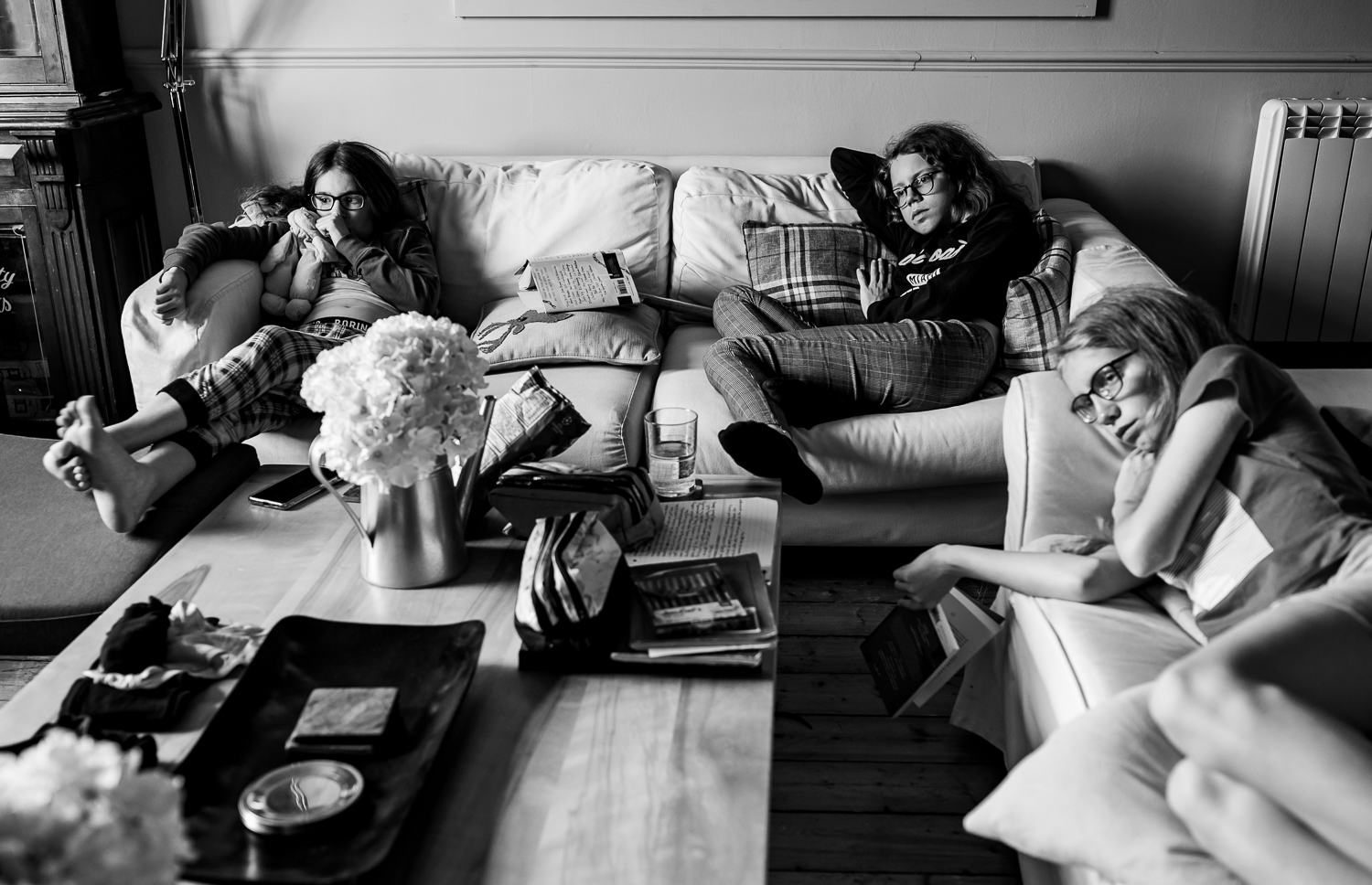 Watching ‘The Masked Dancer’ at our Airbnb in Edinburgh. They enjoyed it more than it looks like they are in this photo – honest! They were worn out form a long day of walking around the city I think.

High school news:  Lola’s transition to high school is going to be a bit different to when Ella and Mimi each started because of the pandemic – there are less in-person visits and there’s more communication through virtual channels instead.  We heard who Lola’s tutor is going to be and listened to a little video message she sent through where she introduced herself – Lola really liked her so that’s a good start.

We also heard that sadly Lola is not going to be in the same tutor group as her best friend, despite them both requesting each other (everyone can choose someone that they want to be with the most).  She was pretty devastated at first but they’re already hatching plans for sleepovers together and plotting to meet up before and after school so I think they’ll be ok.  Fingers crossed they’ll have some lessons together as well.  They’ve been best friends since day one of reception class and whilst it’s inevitable that of course high school will change things in some ways, I have faith in the strength of their friendship and really hope it continues throughout this next part of their journey. 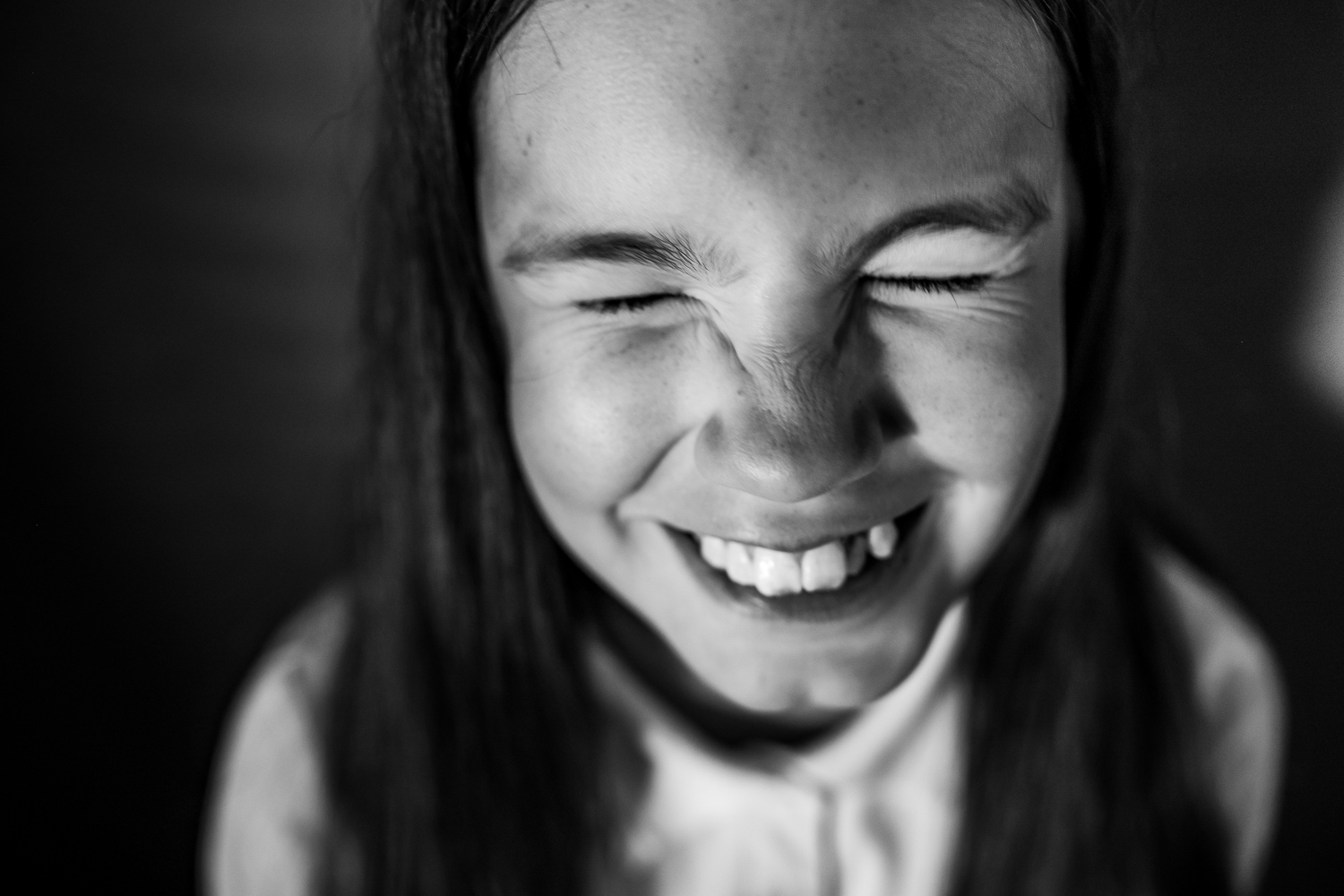 The most of our time in Scotland:  We only had three days at Cameron Lodges in Loch Lomond and we did our absolute best to make the most of it.  There is so much to see and do there (and in the area surrounding it) that there was no way we were going to be able to squeeze it all in, but we tried!

Crazy golf, shopping for souvenirs at Loch Lomond Shores, buying treats from Auchentullich farm shop, completing the Faerie Trail at Luss, skipping stones into the Loch, wandering through Cameron Lodges own Fairy Wood, dinner out at The Boathouse Restaurant, hiring bikes and exploring the River Leven, trying Scottish tablet ice cream and exploring the beautiful grounds, marina, jetty and secluded coves of the Cameron Lodges site were just some of the things we got up to. 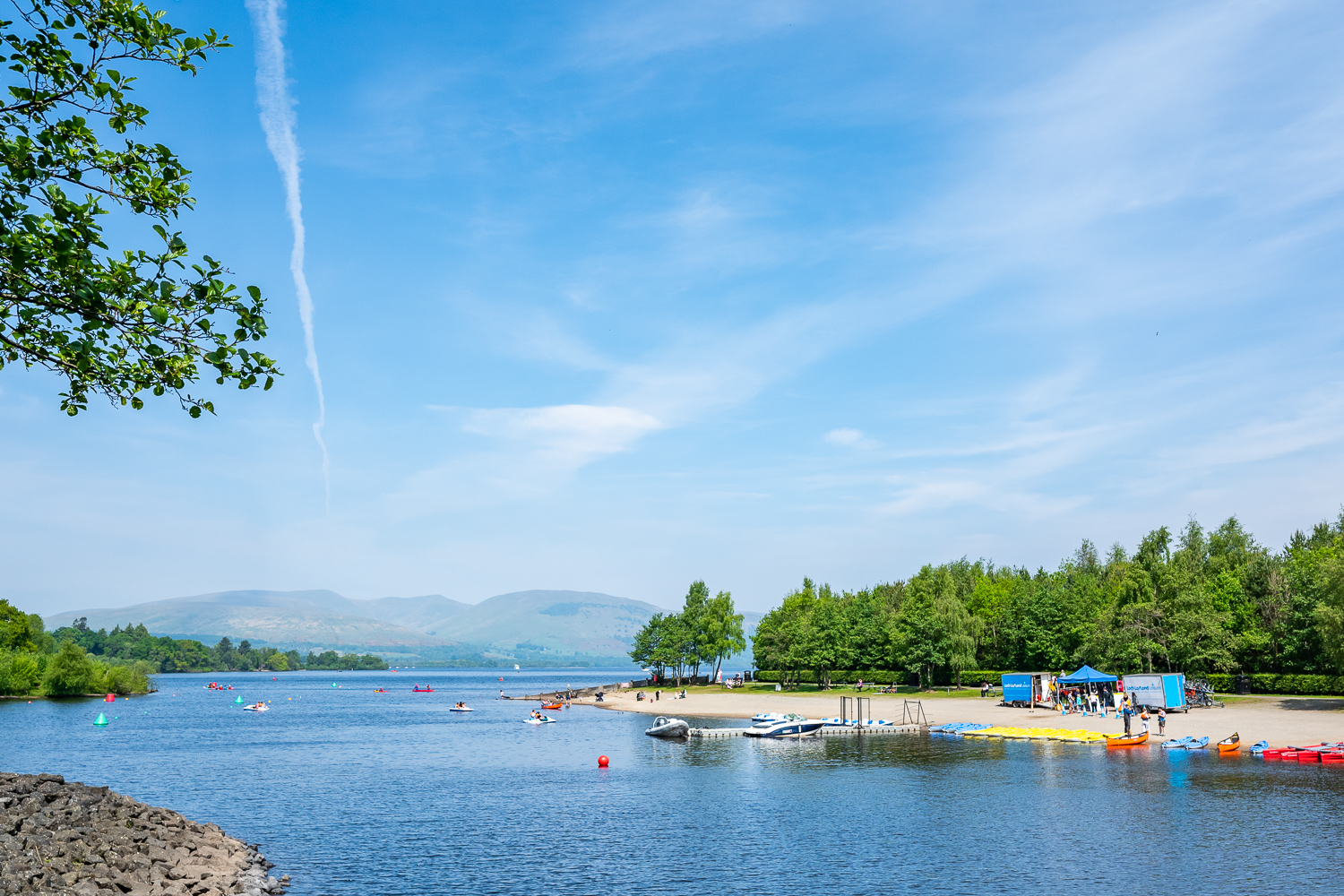 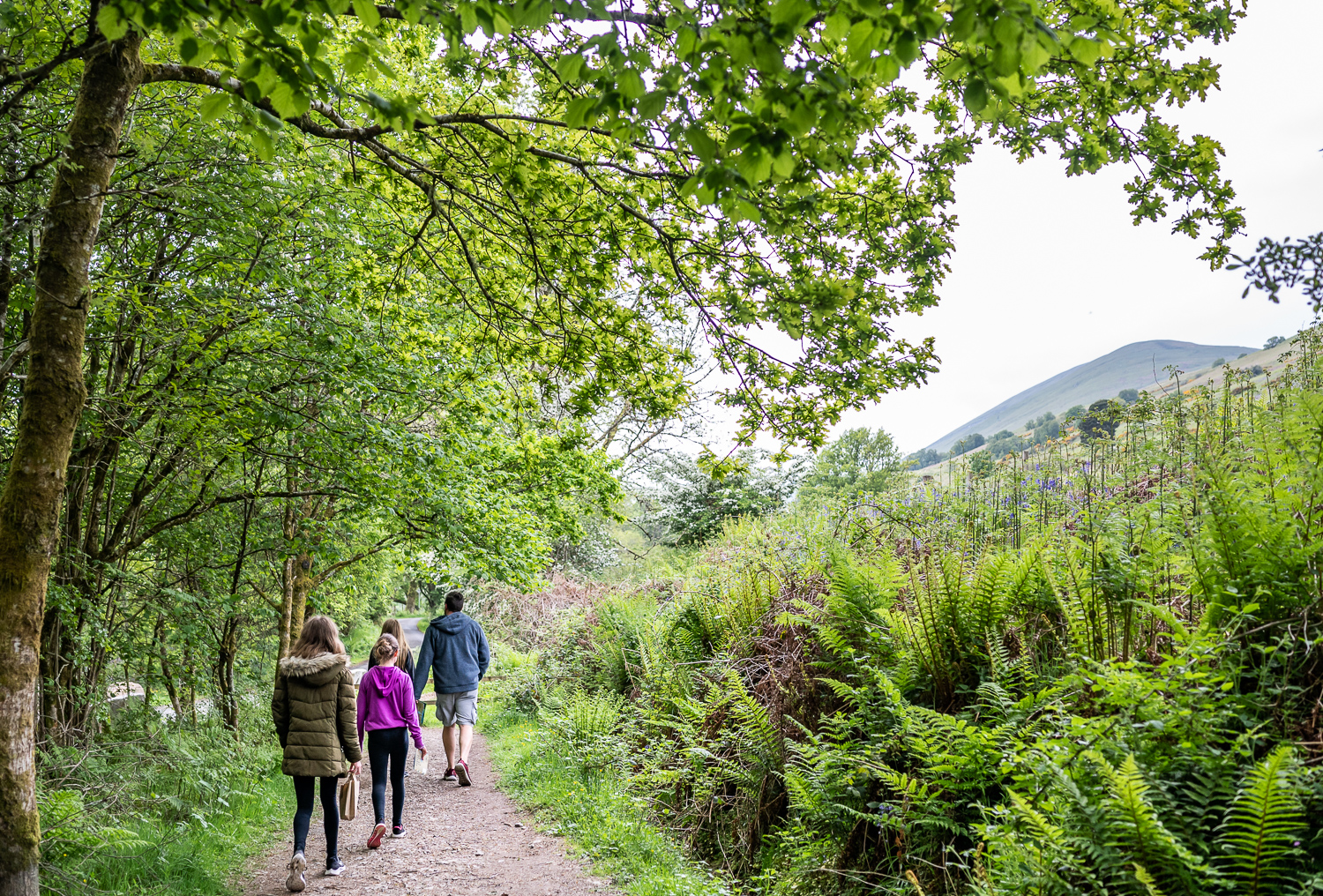 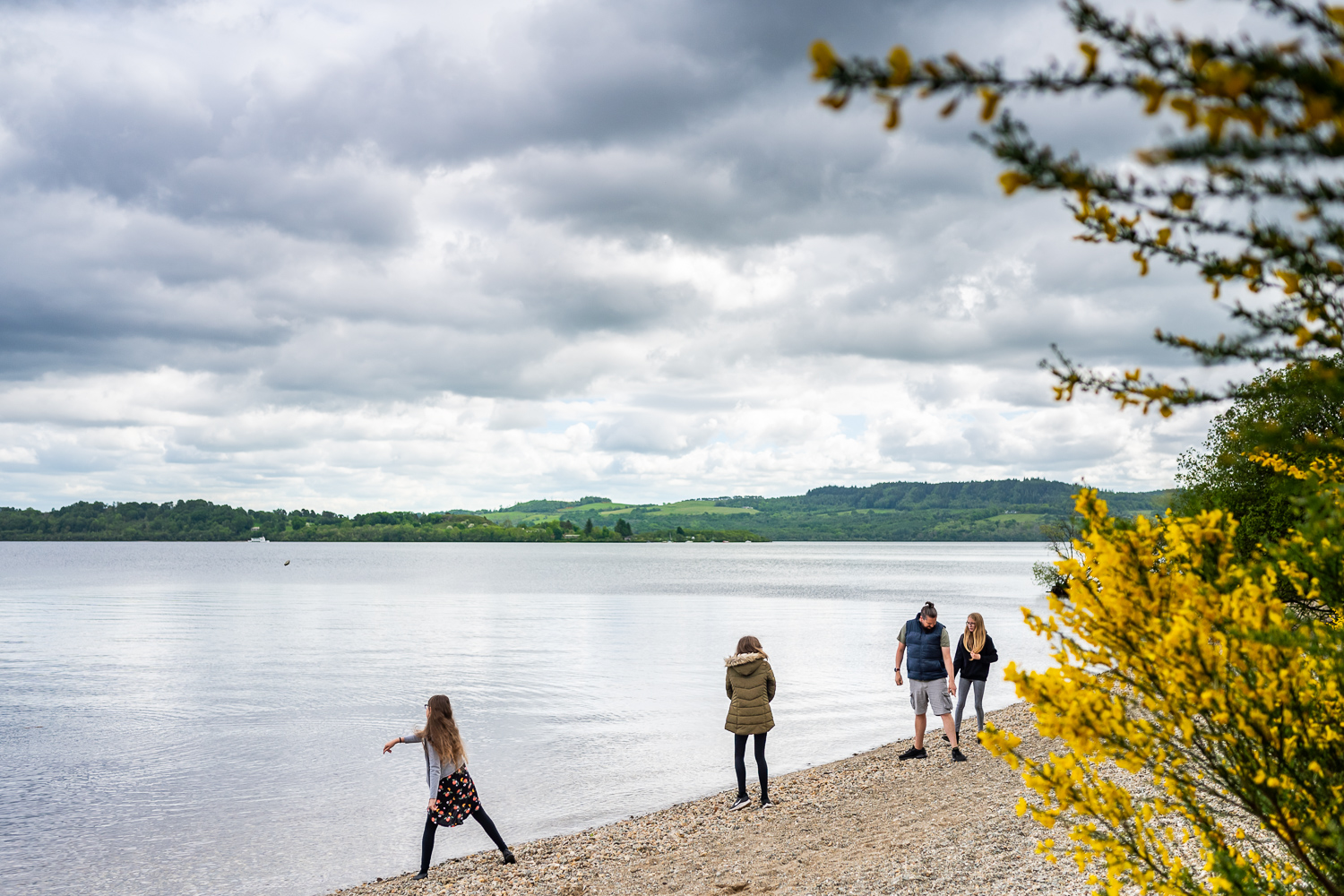 Skipping stones into the Loch in the grounds of Cameron Lodges

Lemon Cheesecake:  Mimi made lemon cheesecake in Food Technology at school and it was declared delicious by everyone.  She was so proud of it, bless her.  It got eaten too quickly for me to take any photos and I think it may become her signature dish!

Bicycle helmet: We hired bikes for the afternoon during our stay at Cameron Lodges.  I’ll admit, I was more than a little nervous – it was my first time riding a bike in probably about 25 years.  I’ve never owned a bike (one of my best friends taught me to ride hers in her back garden when we were little) although the girls have had bikes since they were toddlers and are pros at riding them.  They were desperate for us all to go on a family bike ride together, so I summoned up some bravery, donned my bicycle helmet and we set off down the cycle path along the River Leven in Balloch.

It was actually really fun (even though I fell off… twice!).  The route we took was really pretty and thankfully fairly easy.  Sadly there is no evidence of me wearing the helmet or actually on the bike because I completely forgot to take a family selfie even though I’d intended to.  I promise I did do it!  It was definitely one of the highlights from our time at Loch Lomond.  Now that I’ve got over that particular fear I’m hoping we can go on some bike rides together at home during the summer holidays. 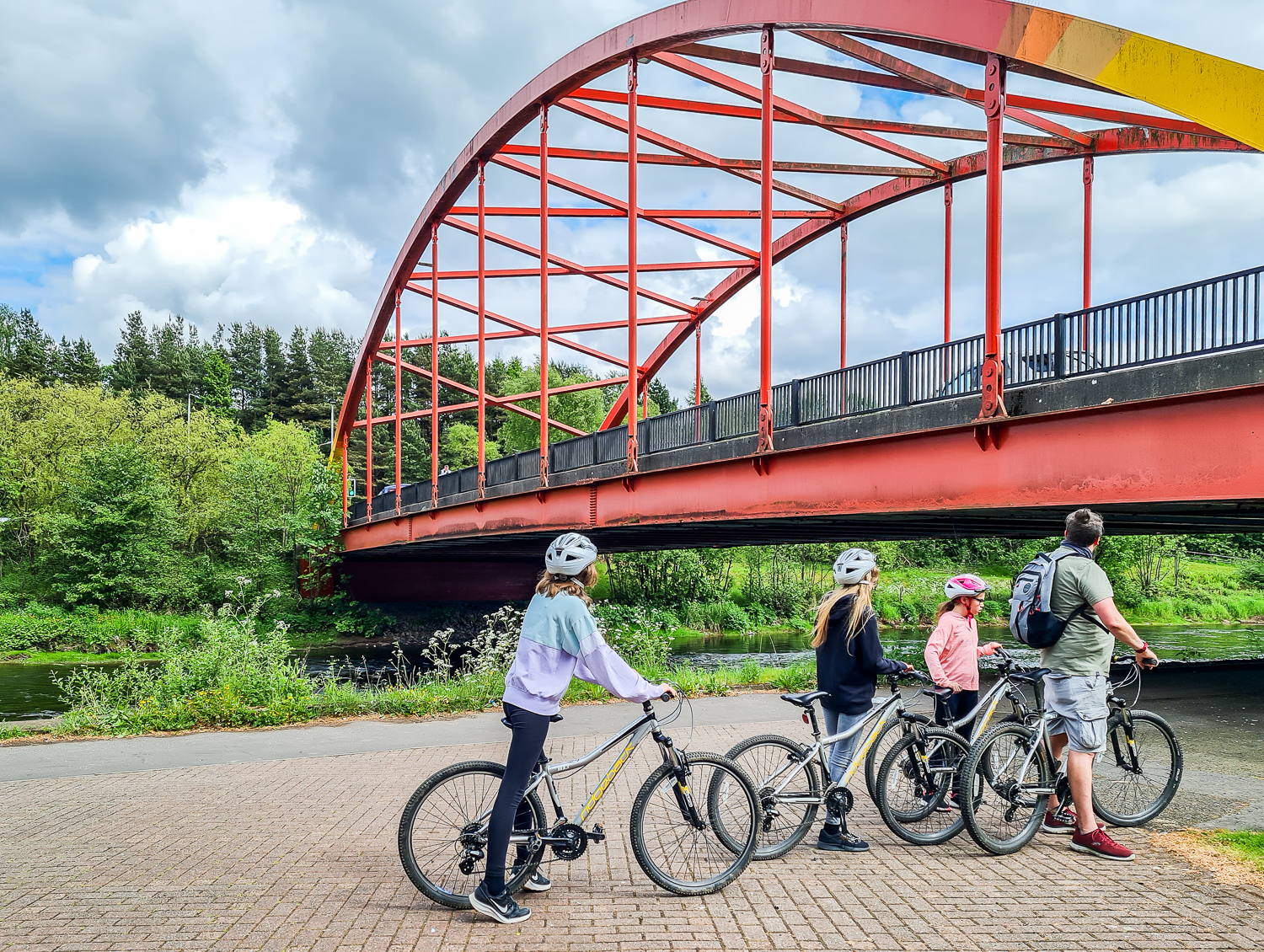 On our family bike ride along the River Leven in Balloch

Our wedding anniversary:  This year we celebrated our seven year wedding anniversary.  I say celebrated… we exchanged cards and Neil bought me some beautiful flowers from Bloom & Wild.  Once things have got back to being a bit more normal I’m hoping we’ll be able to go out and mark the occasion properly.  It seems crazy that we’ve been married for seven years and even crazier that in a couple of months we’ll have been together for seventeen years!

Travelling dress project:   At the start of the year I signed up to take part in the Wild Rover Travelling Dress Project, created by Anna Hornby.  I’d heard of travelling dress projects before, mostly from friends in America, and had been fascinated by the concept.  When the opportunity came up to participate in one here it the UK I jumped at the chance.

We’re a group of twenty photographers from all over the UK and the stunning Reclamation Design Company dress travels from person to person over the course of several months.  It had already been to both Jersey and Cornwall before it reached me in Staffordshire!  We each have the dress for five days before sending it on to the next person.  During those five days we can do as many shoots as we want and can interpret the dress in whatever way we like.  I managed to squeeze in three shoots in three days and I’m thrilled with how they turned out. 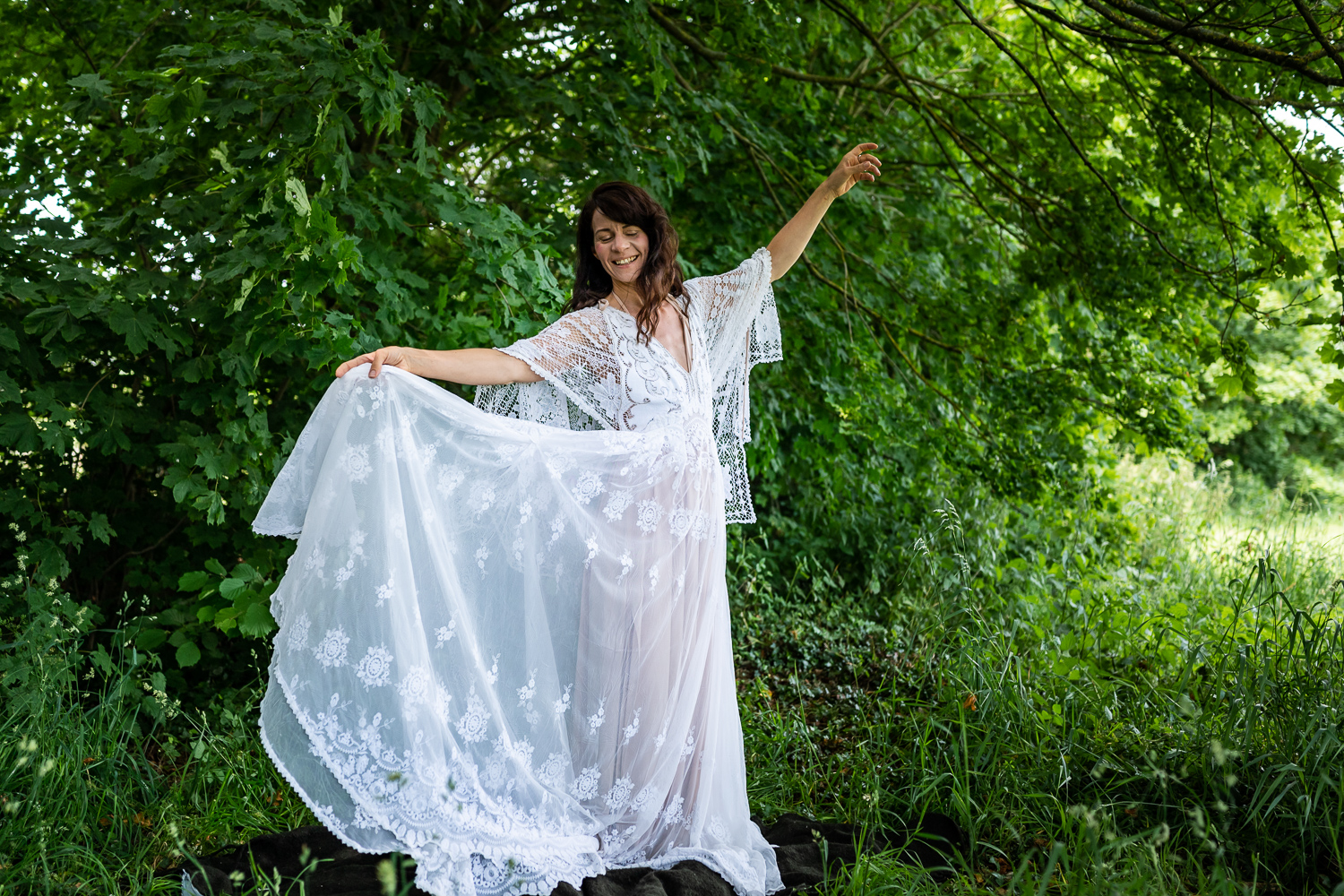 Sophie:  Sophie came to visit for the day and we got to meet her boyfriend Jack for the first time.  It was so good to see her again.  A month between visits feels like far too long, especially after hardly seeing her at all during the lockdowns – we just want to spend as much time with her as possible.  Jack seemed very lovely and wasn’t put off by the noise and chaos of our house so that’s a good sign!  Sophie is busy working and spending half her summer at home and half at her shared house at uni so we’re not sure when we’re going to get to see her again yet but hopefully we’ll be able to squeeze something in during the six-week holidays.

Chapter six of 2021 has now drawn to a close and I have a feeling that the next six months are going to bring about a lot of change in all sorts of ways.

I hope that June has been kind to you all and that July is full of good things and sunshine.

August has been a funny old month.  We’ve not really done very much and yet my head has still felt full – distracted I…