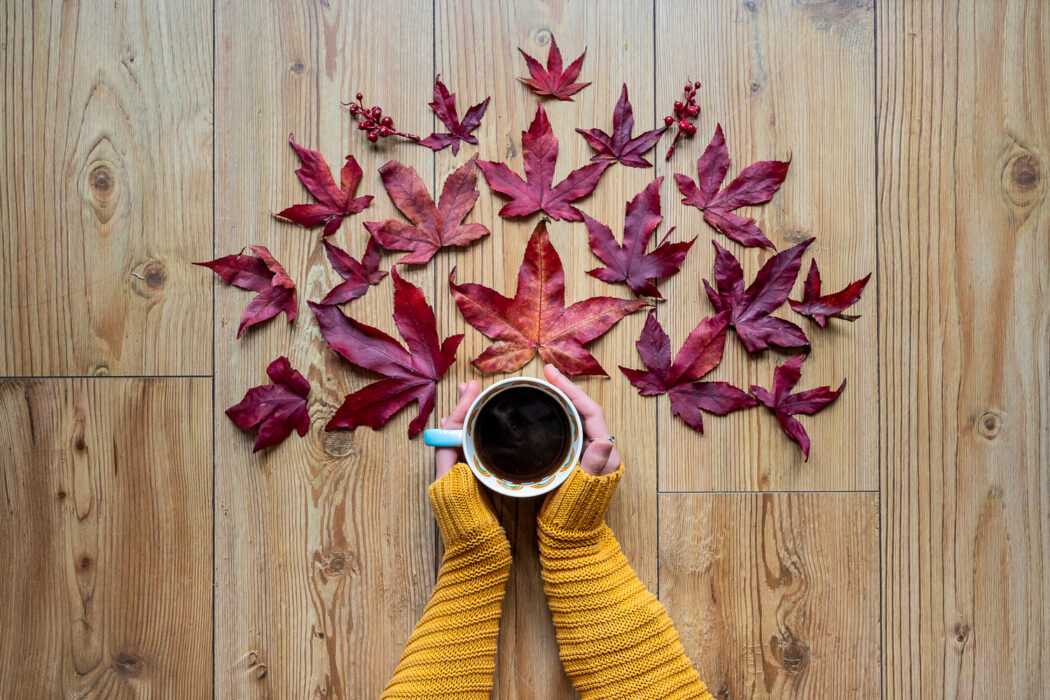 November has felt chaotic, scattered and, frankly, a bit of a slog to get to the end of.  The intensity and volume of my work has increased and we’ve also had a decorator in, his work hours spreading out over various days and weeks rather than in one solid chunk of time with a definitive end point.  It’s been totally worth it to finally feel like we’re creating a home that’s ours even if it felt like we were living in perpetual mess for a while – the house has been upside down and still nothing is where it’s supposed to be.

I’ve also had at least one of the girls home from school for a few days each week this month – headaches, tummy aches, nasty colds and an anxiety attack.  It’s very much been a case of putting our heads down, getting on with things and surviving.

I’m quite glad November is over and at the same time I know that there were some really lovely moments to appreciate as well.  There always are, I’ve just had to remember to look up and search a little harder for them this month.

The Top Five Regrets Of The Dying: by Bronnie Ware.  I’ve been wanting to read this book for a very long time.  It’s a memoir that originally began it’s life as a blog post which ended up going viral.  It tells the story of Bronnie’s personal experiences as a live-in carer for people who are terminally ill and shares the things she learned about life (and herself) through her conversations with the people she cared for and her interactions with their families.

I knew I’d need to be in the right mood to read it – it’s not really a book to ‘enjoy’ in quite the same way that you would a fiction book.  Based primarily in Australia, so many of her descriptions (of Sydney in particular) brought back many memories from the time I spent travelling there eighteen years ago.   There were some parts of her recollections of the people she cared for that were, of course, quite difficult to read about but overall I found it to be unexpectedly lovely: heart-warming; thought provoking and life affirming.

It definitely made me examine my own life in a different way and it actually ties in nicely with my intention for 2022.  I’ve not shared that here yet so watch this space for a future post. 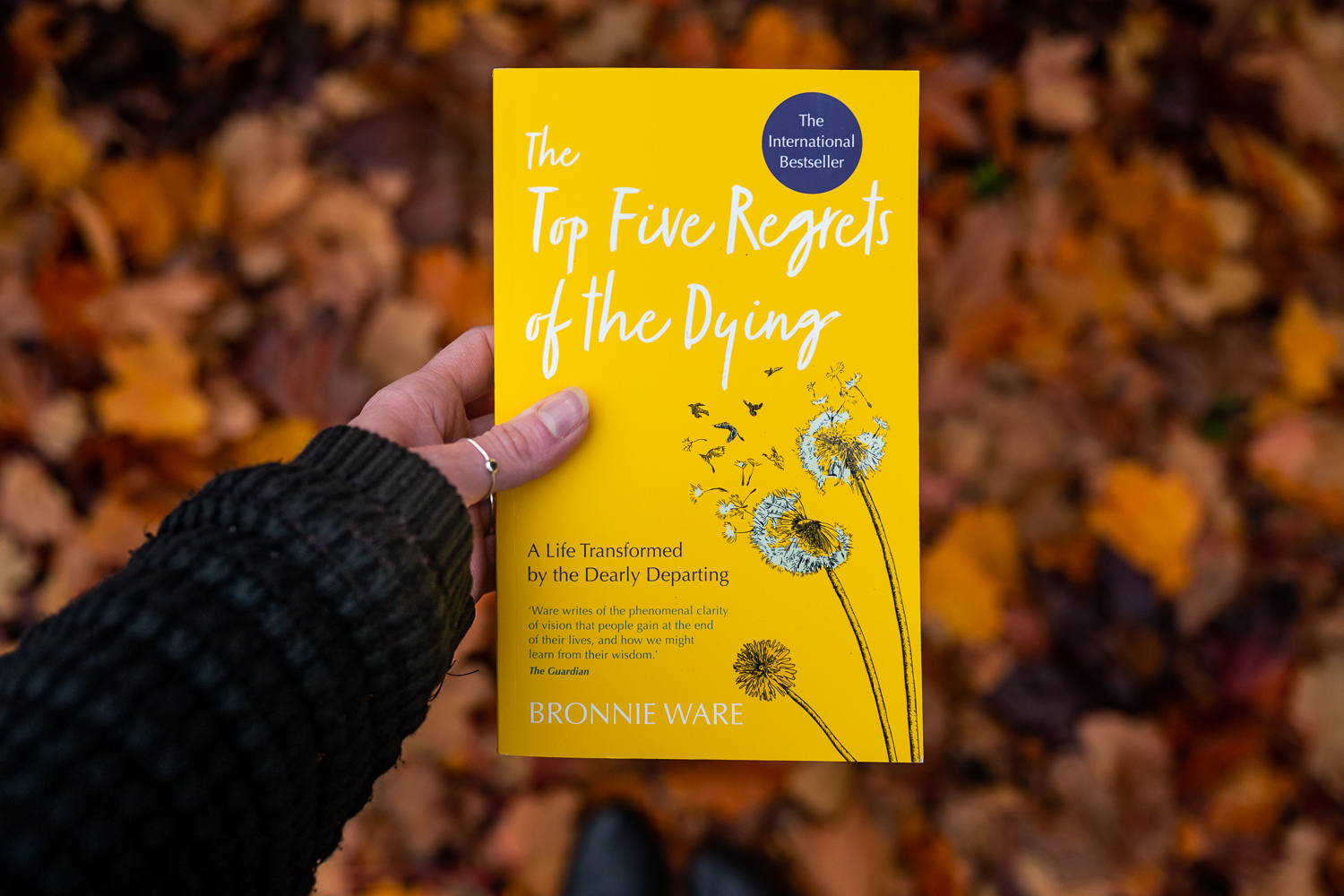 ‘The Top Five Regrets Of The Dying’ by Bronnie Ware

Encanto:   A well-timed inset day from school at the end of the month saw us heading to the cinema to watch ‘Encanto’.  It’s set in Columbia and it’s everything you would expect from a Disney movie – I thoroughly enjoyed it.  It highlighted the importance of family, of everybody being special in their own way and of how to not let the expectations of others (and stories passed down through the generations) stop you from being who you really are.  Definitely worth seeing if you get the chance.

Beautiful skies:  The skies have been pretty spectacular this month, which is unusual for November.  Here are a couple of my favourites that I managed to capture: 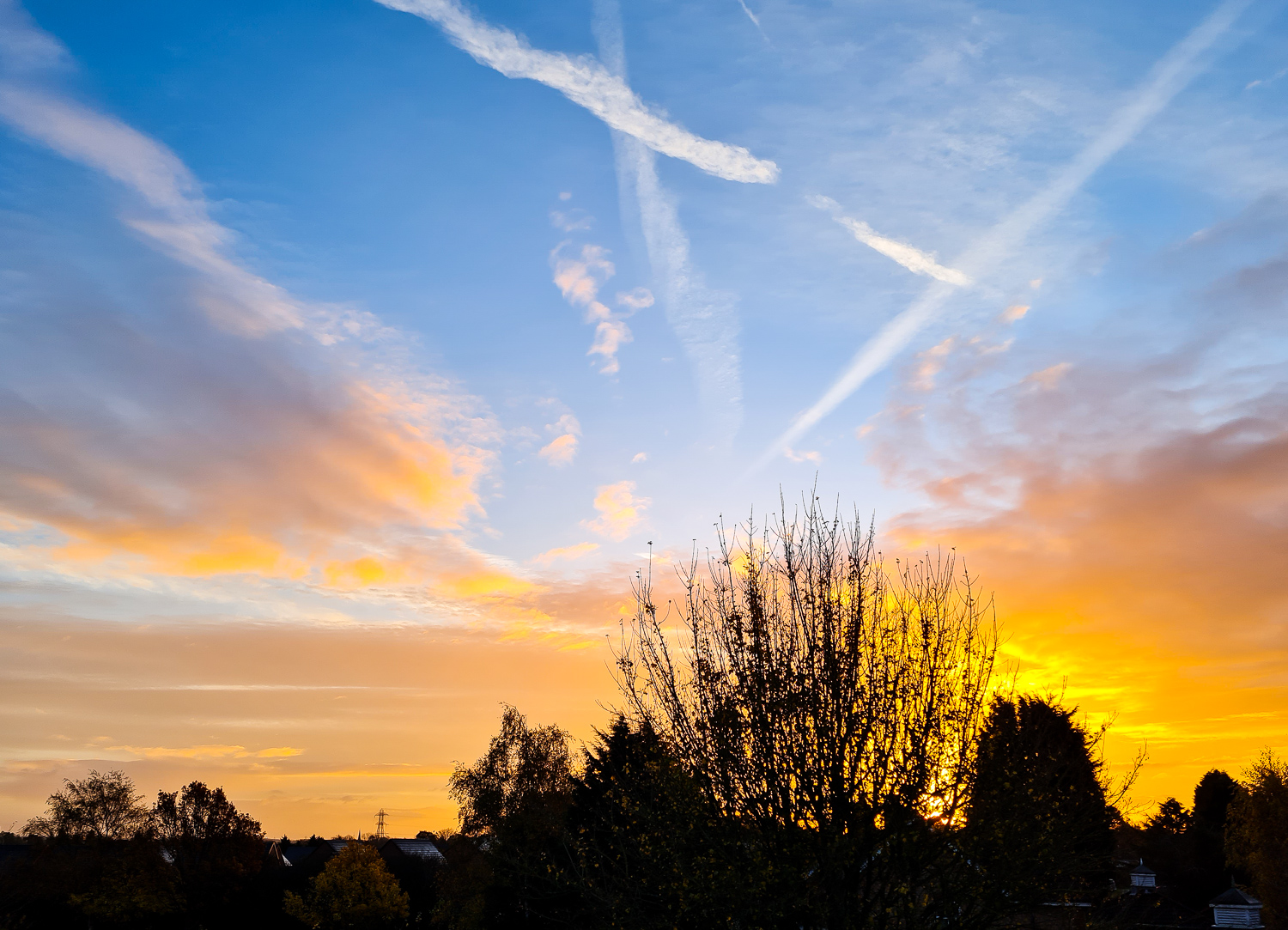 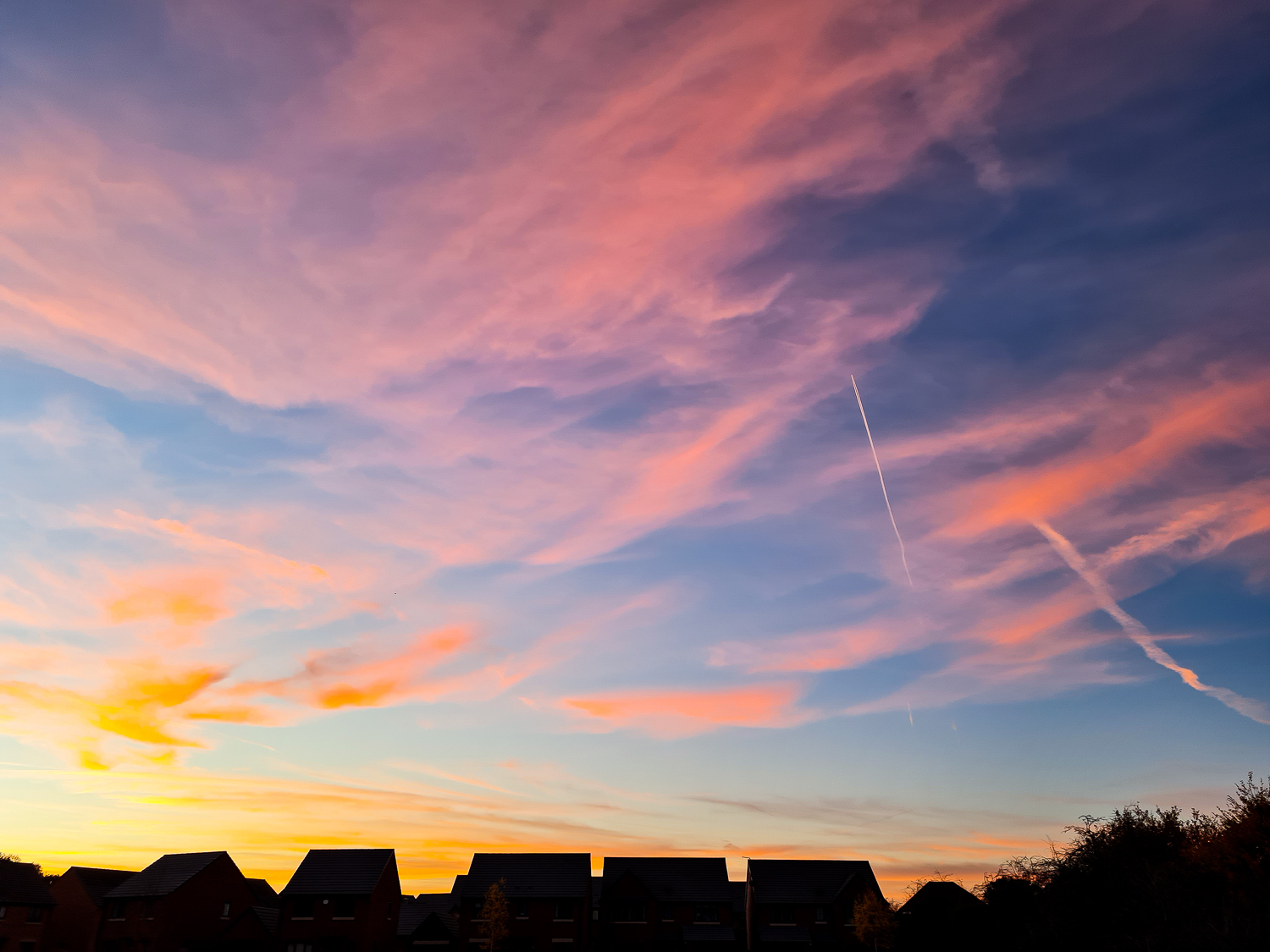 …and a November sunset

Christmas music:  Despite the weather being relatively mild for the time of year (with the exception of a brief cold snap right at the end of the month where temperatures dropped to -4!) and the leaves still proudly showing off their colours outside, the girls have been in full on festive mode indoors and have been playing Christmas music full blast before and after school since the start of November.

Ordinarily I’d encourage them to perhaps wait until December, but after the last two years of pandemic living I figured that anything that brings a bit of joy is worth saying yes to.  So Christmas music in November it is then!  I’m loving Ed Sheeran and Elton John’s new Christmas collaboration single, ‘Merry Christmas’, too – it’s light-hearted and fun, exactly what a Christmas song should be.

Parents Evening:  We had Ella’s (virtual) parent’s evening this month, just to give us an idea of how she’s doing now that she’s started studying for her GCSEs.  Words can’t describe how incredibly proud I am of her – not because of the grades she’s achieving (even though they’re brilliant), more for how well she’s learning to navigate and overcome the anxiety that she sometimes struggles with.  She’s a wise little soul for an almost 15 year old and I feel so very lucky that I get to be her Mum. 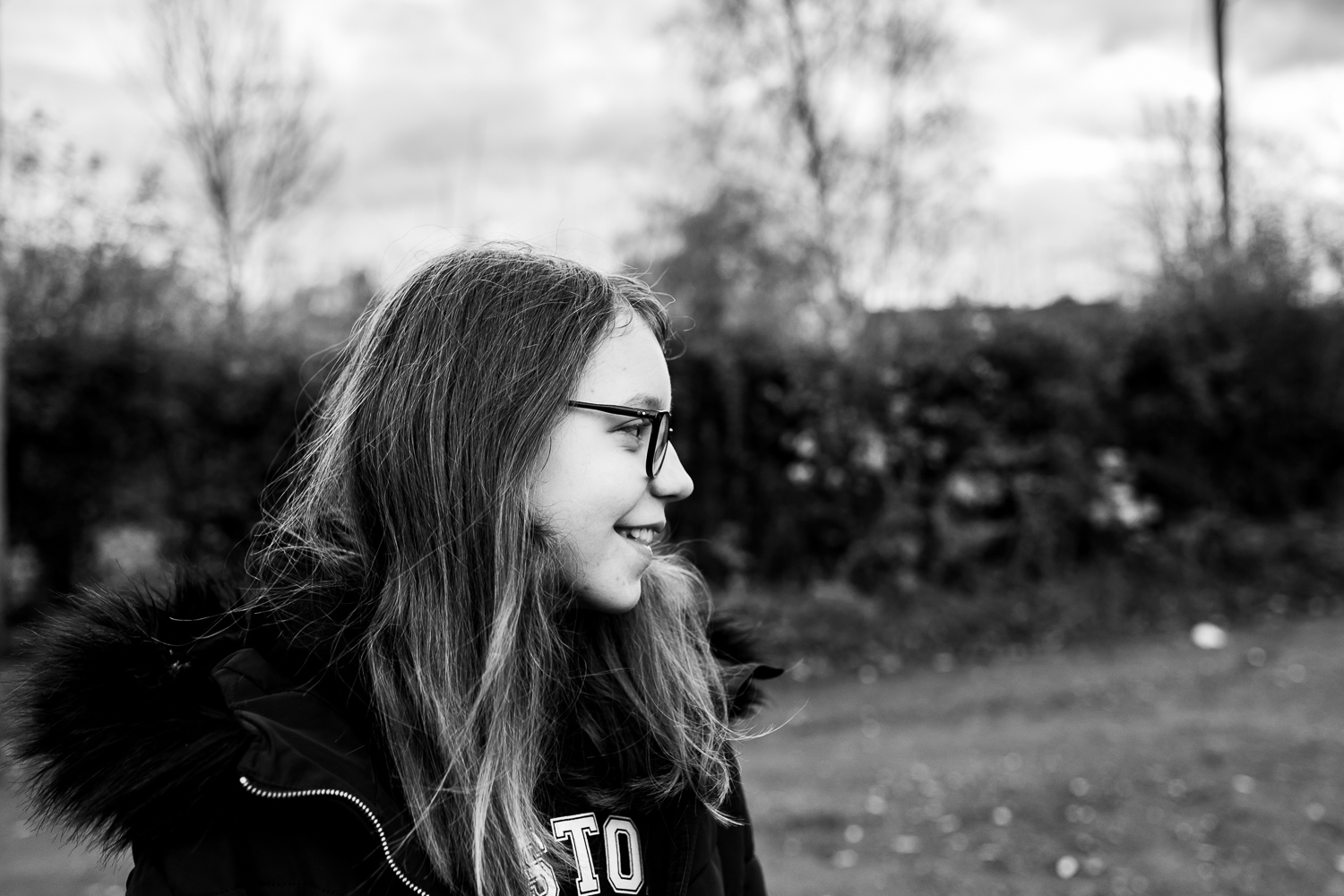 We are so proud of Ella . I love this photo – pictures of her are rare these days so when I do manage to capture one they’re extra special

Day-trip to Essex:  Mid-month I made the long journey to Essex for the day to visit my Stepmum, Annie.  It takes about four hours to get there in total (and obviously the same to get home again – it’s a very long day!) via two trains, the tube, taxis and a fair bit of walking but I’m really glad I went as it had been over a year since I last saw her.

She lives on the outskirts of a tiny, quaint village that’s lovely to wander around – I like gazing at all the pretty houses and making up stories about who might live there.  Of course Annie knows exactly who lives where because it’s the kind of village where everyone knows everyone else and I enjoy soaking up all the stories she tells me.  It’s always a little bittersweet as inevitably we talk a lot about my Dad as well. 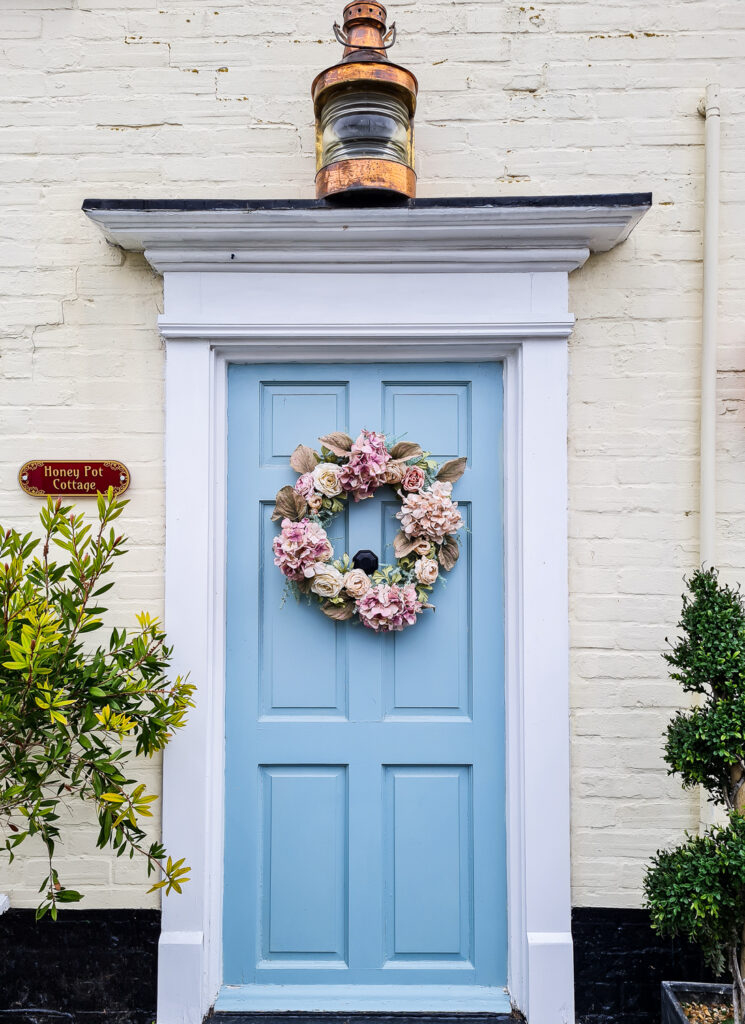 Not my Stepmum’s front door but this is one of the houses in the village she lives in – it’s so pretty!

New coat:  I finally invested in a new coat after years and years of stretching the life out of my old faithful one for as long as I could.  Eventually I admitted defeat though and bought myself a new one from M&S.  It’s my new favourite thing – I feel like I’m wearing a duvet as it’s so warm and snuggly!  It has big pockets, a giant hood and it’s quite flattering too – I’m so pleased with it.

House renovations:  As I mentioned we’ve had a decorator in so we finally have some white walls in the house!  I can’t even begin to explain how happy that makes me feel – dark purple and lime green walls are not really our style and being quite a visual person I’ve found it really hard living somewhere (and having to spend so much time there because of the pandemic) that doesn’t look the way we want it to.  Almost two years after moving in, it feels good to finally be putting our own stamp on the house – it’s starting to feel a bit more like our home.  A few more bits of paint next month and then comes the really fun part – all the details and styling.  I’m itching to get some photographs, prints and artwork up on the walls! 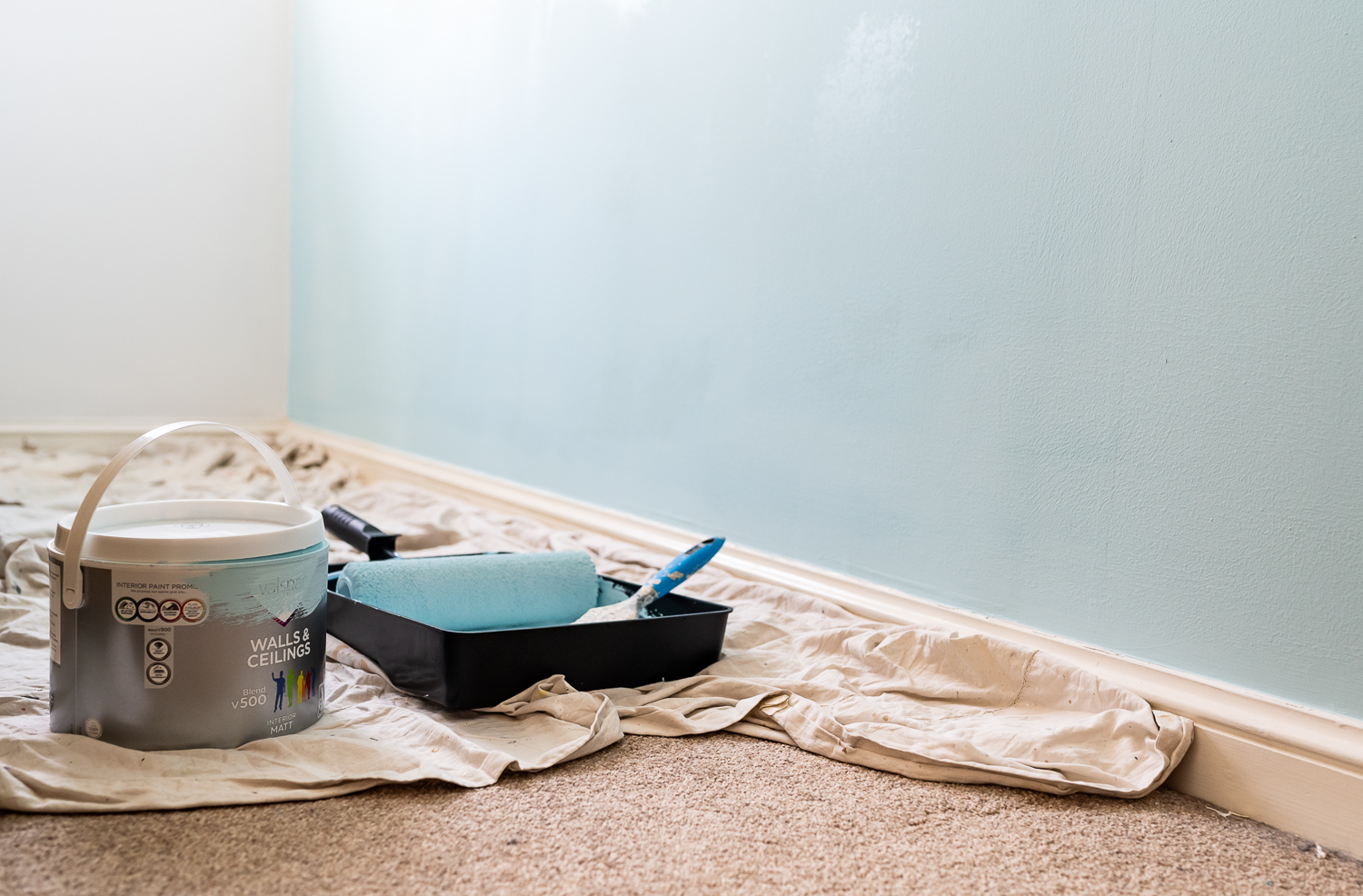 Every wall in the house is now white although the girls have each chosen to have one coloured wall in their bedrooms. Lola opted for this lovely, soft, pale blue colour “so it looks like the sky on a sunny day”.

Photoshoots:  I did one final photoshoot of the year at the start of November.  Ella and her family were so much fun to photograph – I haven’t laughed like that for ages.  Her children are awesome and we’re already making plans for a shoot in the Spring or Summer too. 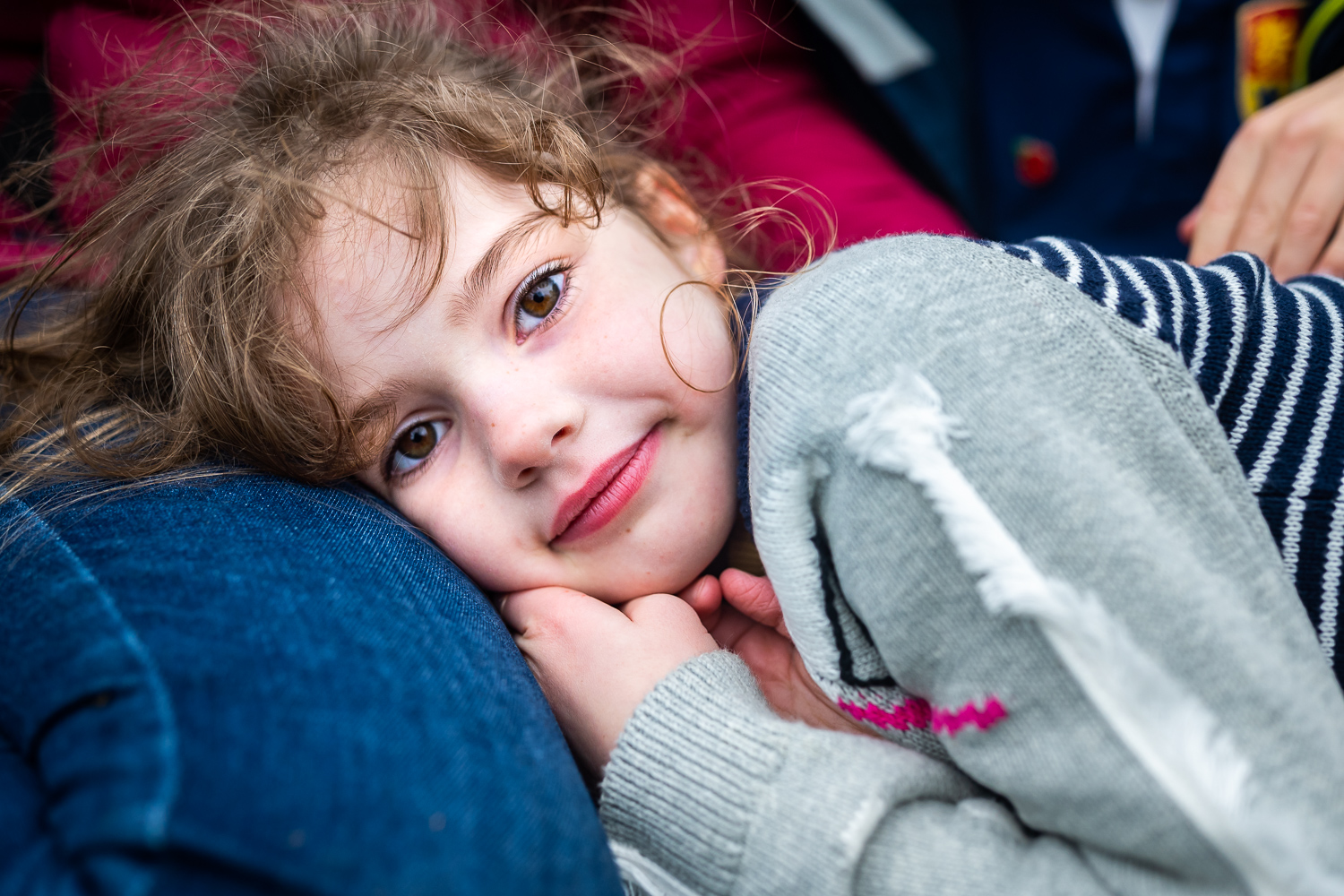 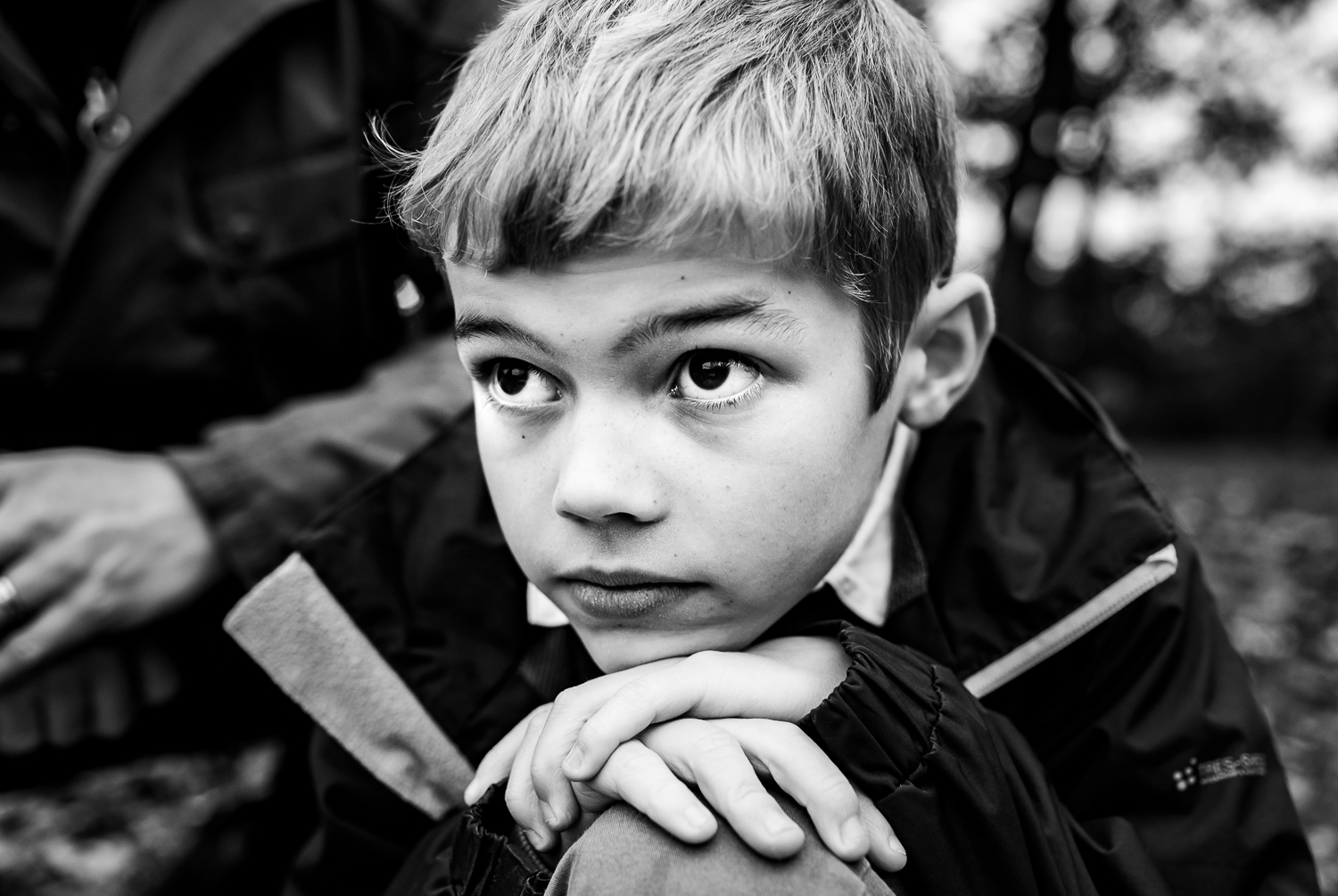 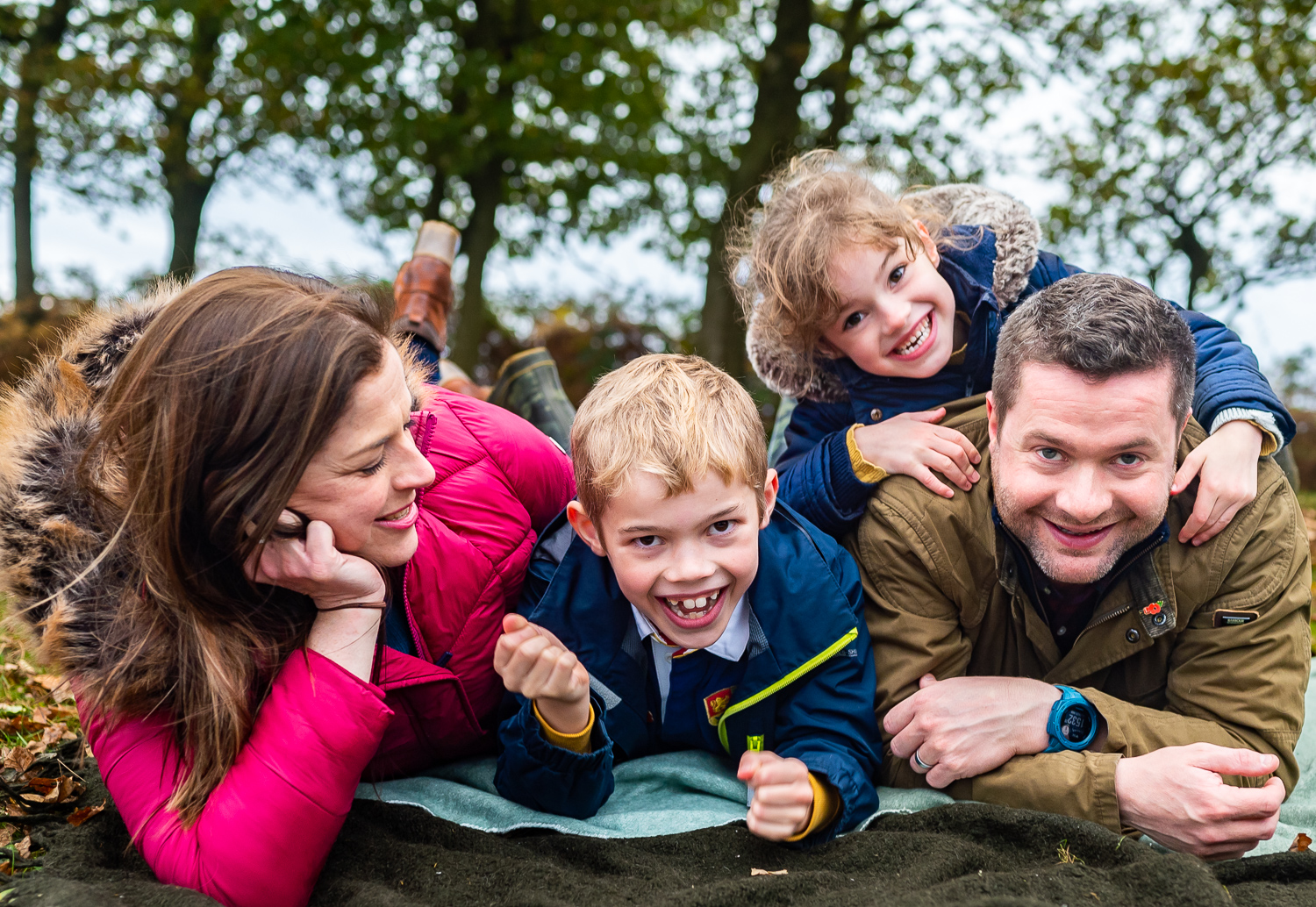 Such a fun family! We’re already making plans for a summer photoshoot as well.

Snow:  We had the happy surprise of an early sprinkling of snow right at the end of the month.  There were squeals of joy all round – Ella shot out there with her camera, Mimi built the tiniest snowman in the world and Lola caught snowflakes on her tongue before they all came in to warm up with their first hot chocolate of the season. 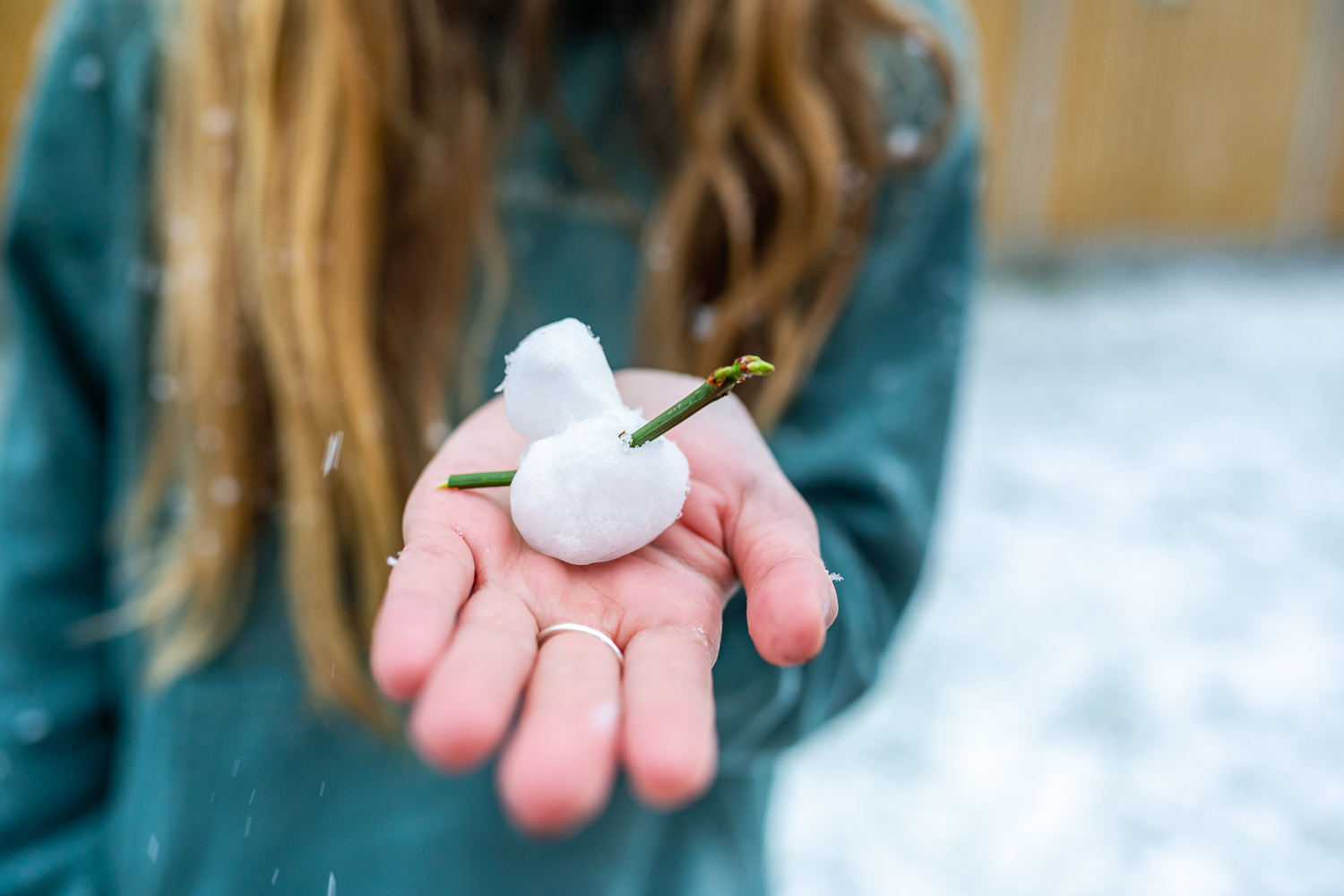 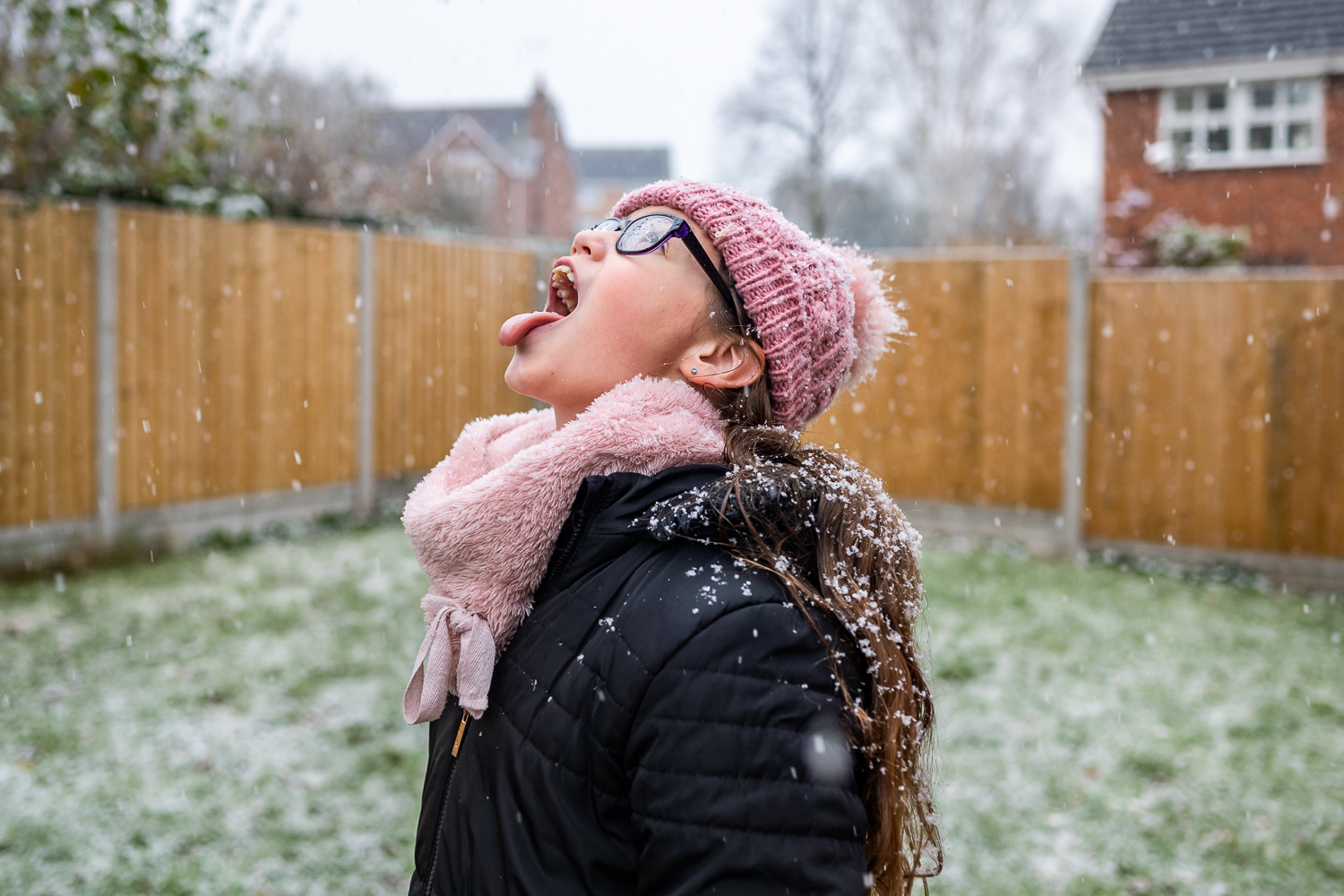 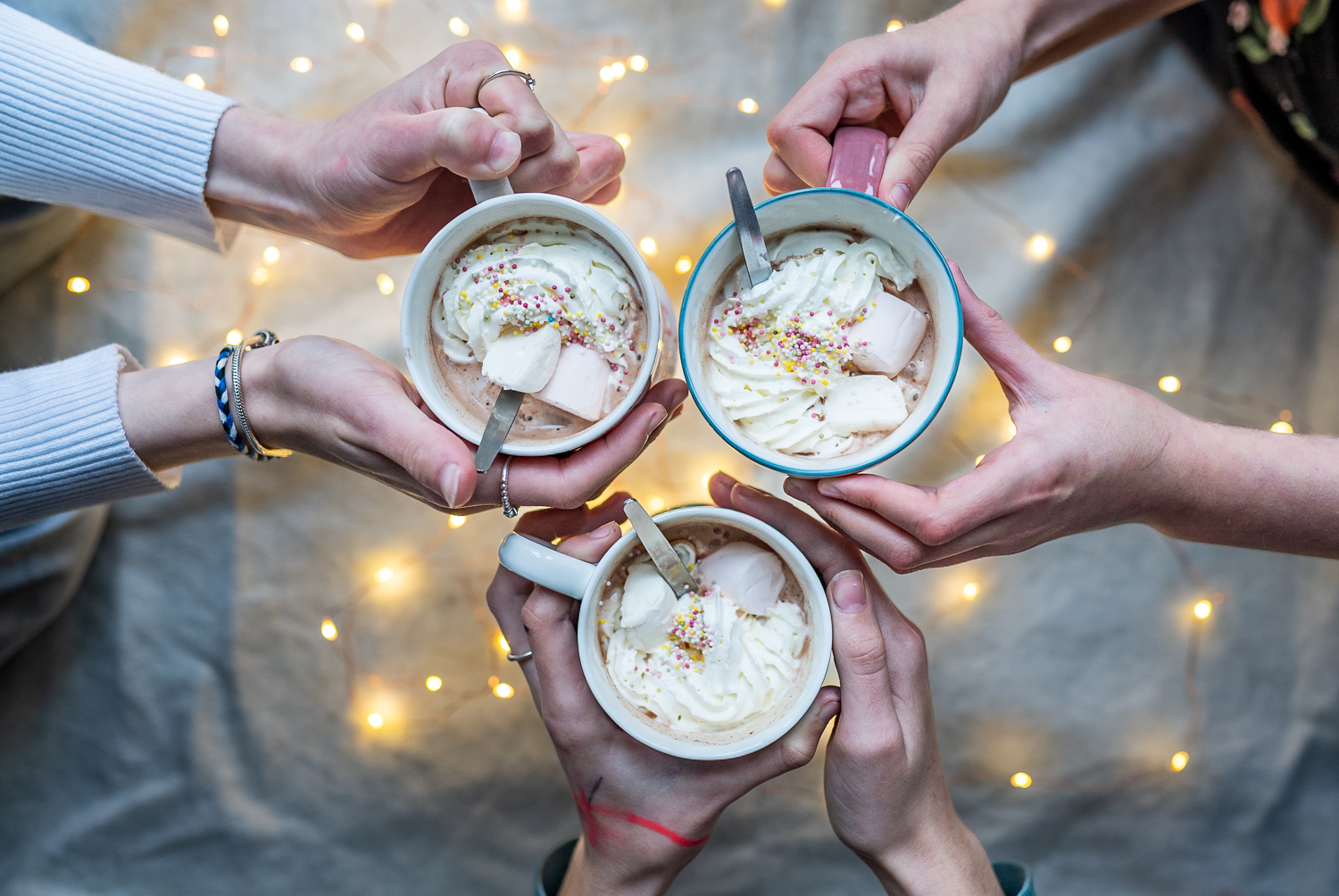 The first hot chocolate of the season

Chapter eleven of 2021 has now drawn to a close and I’m really looking forward to next month.  December is always busy in the best of ways with two birthdays to celebrate plus all the Christmas festivities (which will hopefully be on track to go ahead this year).  We have a few fun things planned that I know the girls are going to love.

I hope that November has been kind to you all and that December is full of joy and opportunities to spend time with those you love.

October 2021: The Moments in Between

November 2021: The Moments In Between

In Search Of Bluebells…

Every year for the last few years, since the girls have been old enough to properly appreciate it really, we’ve headed off on a…