Hello there, everyone! Wow, I’m on a roll with my stories at the moment! This one today is one that I wrote at school as we were learning about New York and the book we were reading was called Snow White in New York. My teacher allowed me to challenge myself a little more by choosing something different to write about so I chose to add another fairytale to my story.  I chose to name it Fairytales In New York as it is the name of one of my favourite Christmas songs, plus I was adding another fairytale so it all made sense. You’ll see that the other character is called Briar Rose, from Sleeping Beauty, and I chose to add elements of her tale because both Snow White and Briar Rose are of the same country and their tales are extremely similar (i.e. falling asleep from a curse, being woken by a prince etc…).

Once upon a time, in an extravagant city with towering skyscrapers and bright lights, there lived two ravishing young women with only their darling father for company. Their names were Snow White and Briar Rose and although they had a successful career in acting, they were miserable and longed for something success and fame couldn’t bring: an adoring mother. Fortunately or unfortunately, their father, who was an incredibly famous film director, felt he needed someone to hold and share his love with and so one day, he and his soon-to-be wife sent out invitations. The two daughters loathed her instantly however they couldn’t quite place their finger on why. They begged their father to call of the marriage but he stayed adamant and “didn’t let his daughters push him around” as his fiancée told him he should do. Snow and Briar gave up the very next day; they couldn’t keep plaguing him, it wasn’t part of their sweet nature. The marriage went ahead without incident and vows were exchanged although Snow and Briar squirmed awkwardly in their seats. The four of them went home that day with tired expressions and the two girls sank straight into their beds with a sigh. They had had such an exciting day that they almost forgot their dislike for their stepmother. Almost.

The next morning, the duo woke with the warming, golden sun streaming in through their pale-pink curtains. The next thing they knew, their stepmother had flung open their bedroom door and was shrieking at them to leap out of bed and make themselves useful. They did so reluctantly and stumbled down the carpeted stairs with blinking eyes and yawns aplenty. Then the time came to wait anxiously for the daily New York Mirror to arrive for Snow and Briar’s father had recently released new movie (starring his daughters of course) and had requested for his two-faced wife to write an excellent review of it. Yet what they were about to read was what they least expected……

“Daniel Jackson’s new movie, The Rose Petals, which stars his bratty, spoiled young daughters (Bratty Briar and Snooty Snow) is satisfactory within itself but for the poor acting of his children.”

At that moment, the hateful stepmother in question sauntered down the staircase with a pleased smirk filling her face.

“How could you?!” Daniel demanded and Snow and Briar echoed him though somewhat timidly.

“Why, I was just telling the truth!” she responded haughtily. “They are snooty, spoiled children and they deserve to be given a good beating!”

At this, Snow swivelled on her ankle and fled upstairs, sobbing as she went. Soon after, Briar followed. Daniel called after them and, when they didn’t reply, he rounded on his wife although he half regretted the decision. After much argumentative yelling, Daniel collapsed on his plush, four-poster bed and immediately drifted off into a restless sleep.

The Witching Hour. Midnight. Snow White and Briar Rose sleepily roused themselves and gestured to warn that their father would be awake soon and so they hurriedly packed clothes, food and “essential” beauty items: two whole cases of makeup each; a bag of sewing provisions; and an entire bag of curlers, brushes and much more.

They packed so many provisions that it took the dazzling duo an entire 30 minutes to exit their lavish villa and enter the already bustling streets of New York. Somehow, the darkness and familiar roar of vehicles made the whole ‘getaway’ business a thousand times more exciting than if they had escaped in broad daylight.

“If this were one of Daddy’s successful movies and we were the perishing young escapees, what would happen?” pondered Snow as the two strolled down Wall Street, the second block from their street, Broadway.

She repeated this interesting question to Briar, who just shrugged sadly. Aware that if she said anything further that would inevitably upset her sister even more, Snow continued to walk in silence.

When at long last they decided to take a rest and eat at an excellent, nearby café, Snow debated whether to speak or not and eventually she started up a conversation.

“Briar? Look, I know you’re upset about our stepmother’s comments (they preferred not to call her by her real name) but you must get over it. Otherwise, if or when we manage to become popular again, you won’t put your heart into it and will always be criticizing yourself. Please, listen to me,” Snow was close to tears now and Briar, even if she hated to, admitted that her sympathizing sister was right.

Both of them, glad that they were happy once again, finished their drinks and rushed out of the door, afraid that one of the customers was an acquaintance of their stepmother (she didn’t do friendships) and would reveal where they were.

Once they were safely out of the cosy café with all provisions still in hand, Snow and Briar ambled, with slightly more speed, towards the lush, rectangular forest known as Central Park, with its towering trees and wondrous flowers. They entered through the wrought-iron gates, which sparkled in the daylight and wandered through the mesmerising jungle of plants.

Eventually, they reached a mini clearing surrounded by every type of tree you could imagine: oak, sycamore, silver birch, ash…….for the two of them, it was the perfect hiding spot and they settled down, turning it into a proper home for the glamorous girls with a homemade fire crackling and blazing.

Very soon, it was dark and the nearest thing that gave Snow and Briar warmth was their glowing fire with a column of smoke billowing into the crisp, cloudless night sky, distorting the few twinkling stars there were. The peaceful crick-crack of the flames allowed the twosome to drift off into a tranquil, dreamful sleep. Or so they thought……..

Meanwhile, their cruel stepmother was still awake, pacing the comfortable carpet in her room that was the size of a hotel lobby.

“Where could they be?” she murmured to herself.

“Where could they be?!” she repeated, raising her voice in anger and frustration.

“Where. Could. They. Be?!!” she screeched, now waking up the rest of the household.

“I don’t know, dear. Maybe, they, whoever they are, have gone to Central Park. It’s supposed to be beautiful in the moonlight,” little did Daniel know that he had just let slip the girls’ precious secret.

“Aha!” she thought to herself. “Thank you, darling,” she replied to her husband.

And so, as everybody was rushing back into their dream worlds, the evil stepmother hailed a lemon-yellow cab and zoomed straight to Central Park. Although it took her a while to navigate the many acres of woodland, she eventually arrived at the teenagers’ temporary sanctuary. And so here we are, two teenagers, defenceless but for five steel cases, against a fully-grown woman, who was known as ‘Queen of the New York Mirror’.

The woman in question noiselessly produced a blood-red, movie-star-style rose with fang-like thorns protruding down the stem and she placed it diligently on the earth directly before the improvised tent. Finally. As though it was an action movie, she cackled and tiptoed away into the night, darkness enveloping her like a silent bat’s smooth, unfriendly wing.

A few hours later, Snow and Briar awoke, wondering where in New York they were until they remembered with a jolt and a pang of sadness. After comforting each other for a few minutes of guilt and tears, Snow headed out to gather some of the unique flowers in Central Park.

Some of the beautiful flowers Snow discovered <3

The first one to catch her eye was a rose, the most beautiful rose in the world. She picked it up, the thorns piercing her delicate, pearly skin. As she dropped it carefully into her wicker picnic basket, her whole body went as rigid as stone and she collapsed, uttering one final, deafening scream. She closed her eyes and her last stuttering breath was violently snatched by the warm summer breeze.

As soon as Briar heard that deadly scream, she rushed out of the tent. Upon seeing her sister’s still, calm body on the ground, she too screamed, a scream of pain and grief and anger. She rummaged through her sister’s basket, desperately searching for a powerful antidote but instead, she discovered the unknowingly murderous plant. Briar fingered the thorns wonderingly and instantly dropped down dead as well however nowhere near as dramatic as Snow’s drastic death. The rose fluttered down and landed perfectly on Briar’s chest. There the pair lay for several months, hidden from the world in which they used to be so popular.

Several months later, two best friends named James and Philip came strolling into Snow and Briar’s much-forgotten hideout and happened to come across the two also-long-forgotten actresses. Overwhelmed by their beauty, Philip and James bent over the women and kissed them, though slightly embarrassed. In doing so, Philip accidentally crushed the rose on Briar’s chest and with that, the stepmother vanished from the streets of New York in a blow of wind and no one ever saw her again.

Snow and Briar awoke from their deep slumber with a start and their grieving father rejoiced. He threw a gargantuan party/wedding as Philip and Briar, James and Snow and Daniel and his third fiancée were getting married. The celebration was a huge success, full of fruit punch, dancing and laughter, and everybody lived happily ever after. 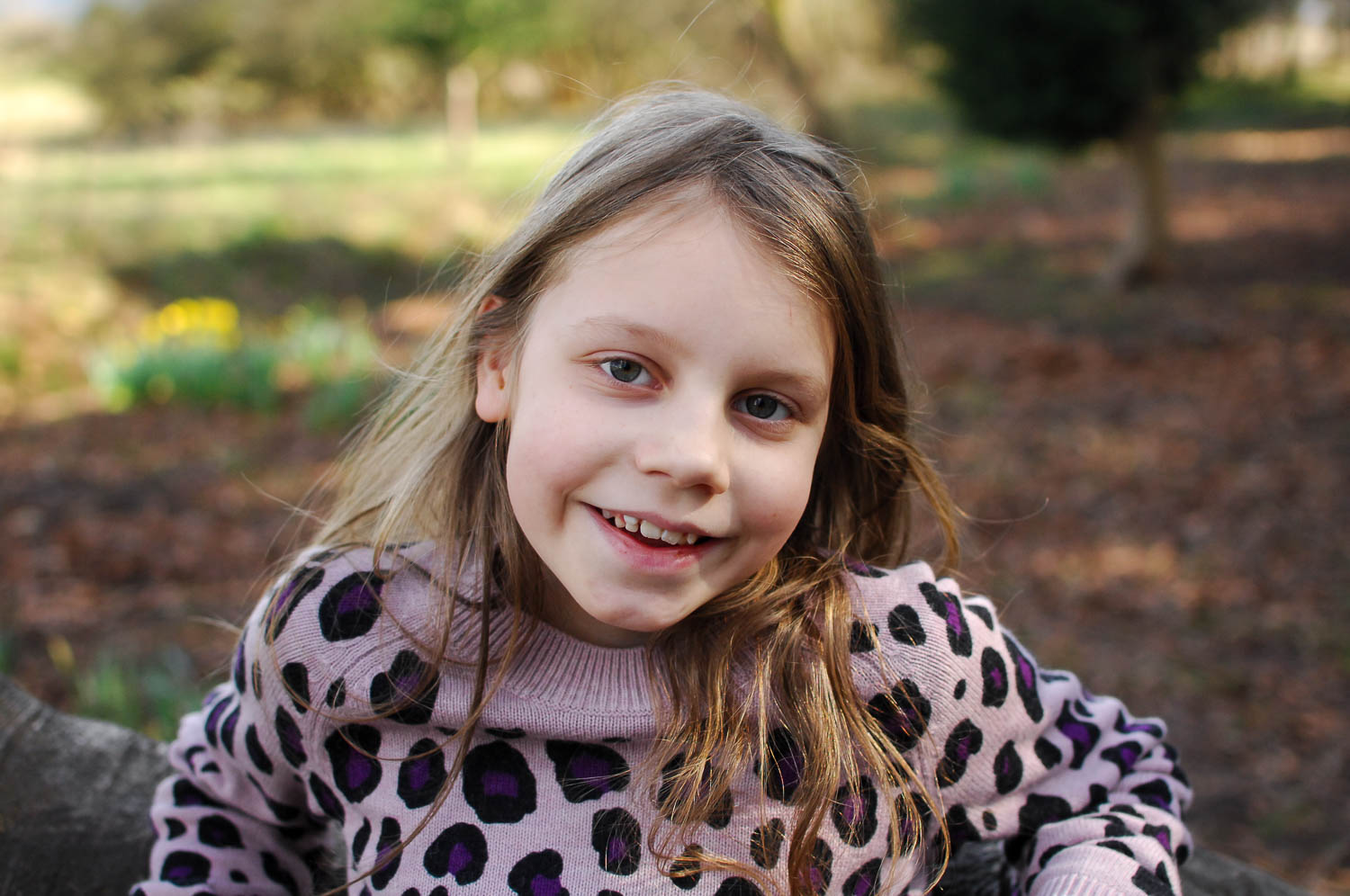 Thank you for reading my story and I welcome and appreciate all advice, comments and feedback so please feel free to.

(Please note: all ideas are my own so please do not copy them for any purpose. Thank you!)

A little post and a few pictures from my birthday 🙂 We were blessed with glorious, hot and sunny weather all weekend.  I normally live…