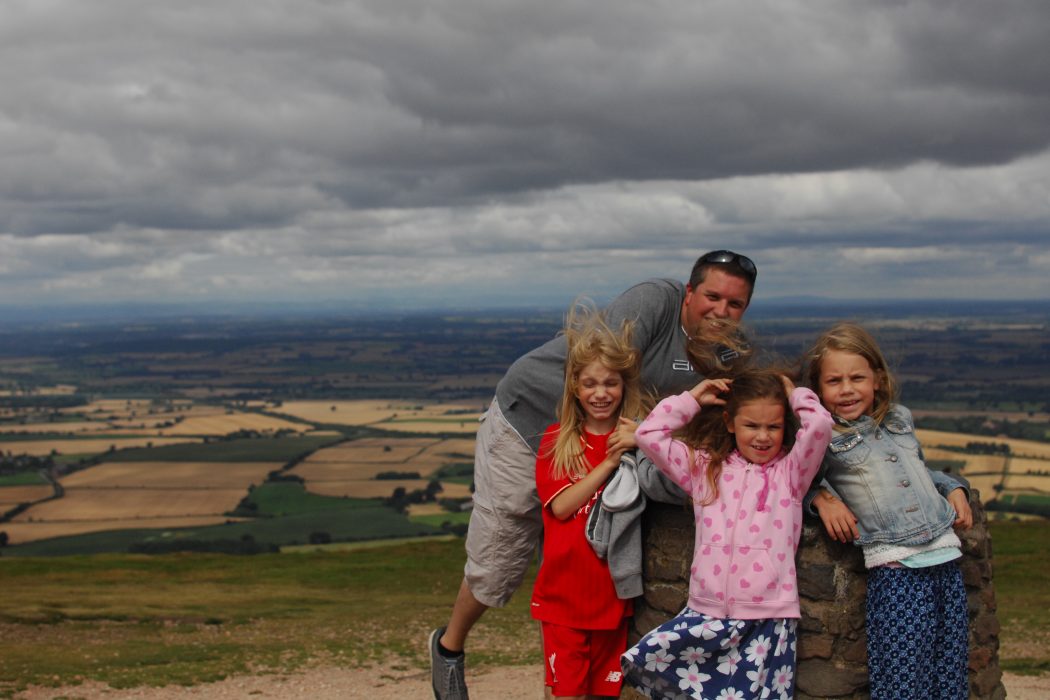 Last Saturday I was in a bit of a funk.  We’d not really done much during the week, the girls were starting to get whingey and were spending far too long on their Nintendo DSs and Minecraft despite my best efforts, and I was desperate to get out of the house and have a really good, long walk.  We were expecting friends to arrive to stay for the weekend at about 4pm, so in a moment of spontaneity I suggested to the husband that we walk up The Wrekin in Telford.

He’s been wanting to do it for ages – he did the majority of his growing up in Telford and used to go mountain biking over the Wrekin with his mates as a teenager.  It’s been twenty years since he was last there and he’s been wanting to re-visit old memories and show the girls and I his old haunts for as long as I can remember since we’ve been together.

We’d not taken the plunge before now though as he knew it can be a pretty tough walk and thought that while the girls were younger they probably wouldn’t be able to manage it.  Now that they are nine-and-a-half, 8 and six-and-a-half respectively we figured they’d be able to do it without too much difficulty.

We presented the idea to the girls, anticipating excitement at going on an adventure to explore new, unchartered territory.  Instead we were met with eye-rolls and grimaces, lots of foot-stomping and even several howls of protest.

Regardless, we bundled them in the car, packed snacks, water and my camera, and off we went with three grumpy faces in the back seat.

We actually picked an almost perfect day to do it – it was a mix of sunny and overcast, warm but not too hot.  And after about ten minutes of walking I managed to coax them into turning it into an adventure by liking it to the film ‘Into The Woods’ (which, *confession* I haven’t actually seen) and they cheered up a bit, especially once they discovered a rope swing attached to an old tree dangling invitingly over the trail.  Of course we couldn’t resist stopping to have a go (even me!) – it was so much fun 🙂

A short distance around the corner were trees just begging to be climbed, so we stopped again for some more fun, giving the littlest one’s legs a bit of a break as an added bonus.  Eventually we made it above the treeline and the views were already spectacular, the clouds clearing enough for us to be able to see for miles.  We continued onwards, spotting some giant’s footsteps that have inspired a brand new story idea in Ella, and headed up the steepest part of the hike (note to self: ballet pumps are not the most appropriate footwear for long walks!), the girls occasionally asking if we could stop and go back.  Not a chance!  We hadn’t made it that far to just give up.   Finally, just over an hour after we started, we reached the summit (1335 feet above sea level)!

I have to say, the views were even more incredible.  On a really clear day it’s said that it’s possible to see seventeen counties.  I wish now I’d taken a little film of it to show you all – next time maybe.

I love doing stuff like this – getting out in the fresh air, moving my body, having a purpose to the walk, exploring new places, giving the girls new experiences… We’re so lucky to live close(ish) to so many stunning places.  Going out for long walks calms me down because I simply stop thinking (and worrying) so much – I definitely become more present because I’m actively noticing everything that’s going on around me and within me.  I can feel my heart pumping, I can see the beauty of nature in all it’s glory surrounding me and I start to put everything into perspective.

The pride in the girls’ faces was evident – they knew they’d worked hard and I wanted to really make sure they knew that they’d achieved what they had because of perseverance and determination.  Little tummies were rumbling loudly though so we relatively quickly began our descent, going off the beaten track a little bit for a couple of shortcuts that were challenging and fun and just as beautiful as the more traditional path upwards that we’d originally taken.

After meeting the girls’ Nanny and Grandad (the husband’s parents) for a quick spot of lunch we headed home to get ready for our guests.  We could see The Wrekin in the distance as we drove and it surprised me just how imposing it actually is.  I looked back to see the girls staring at it wide-eyed and smiled to myself – after all, how many people can say they’ve climbed a mountain before lunch?! 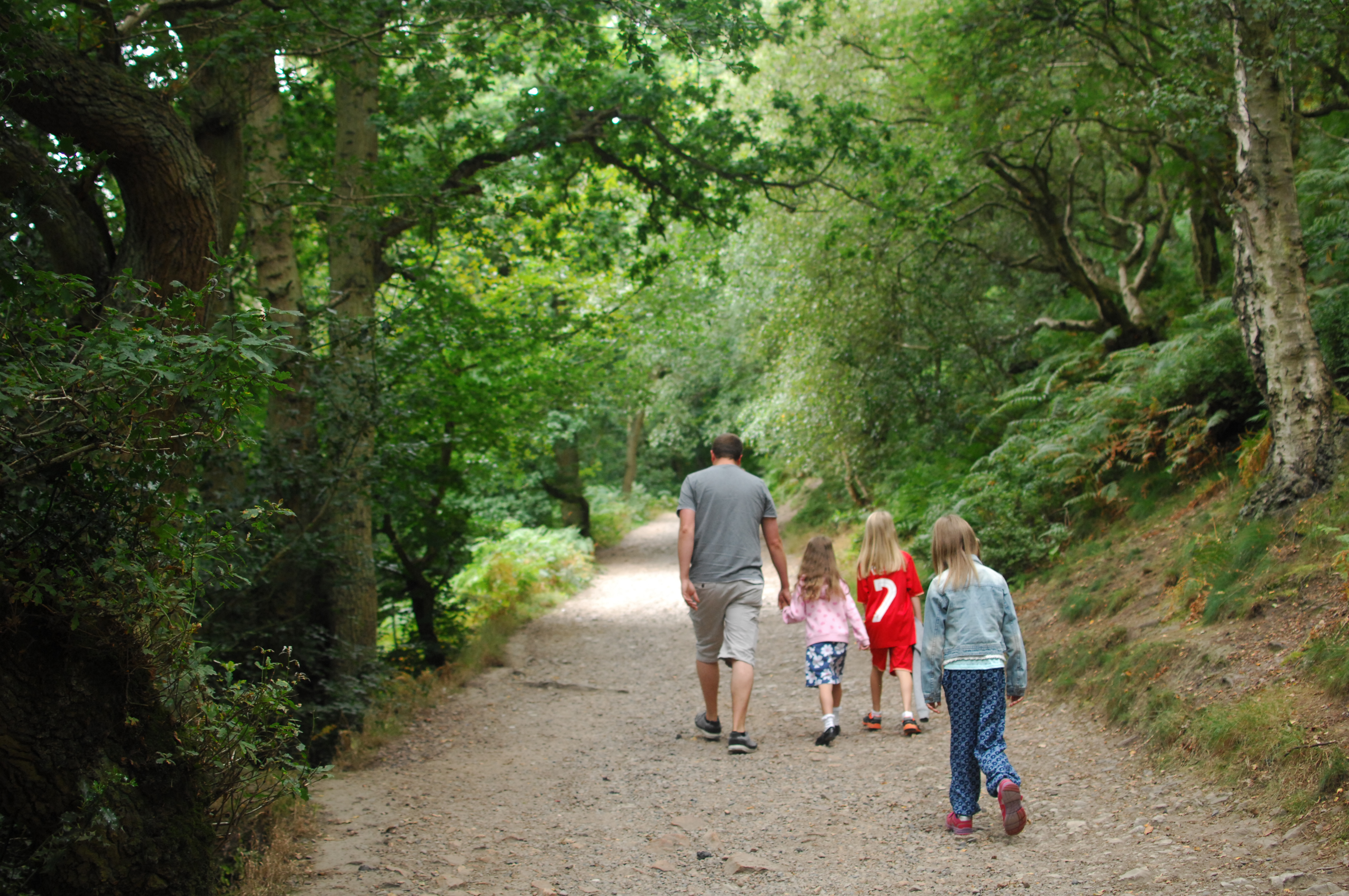 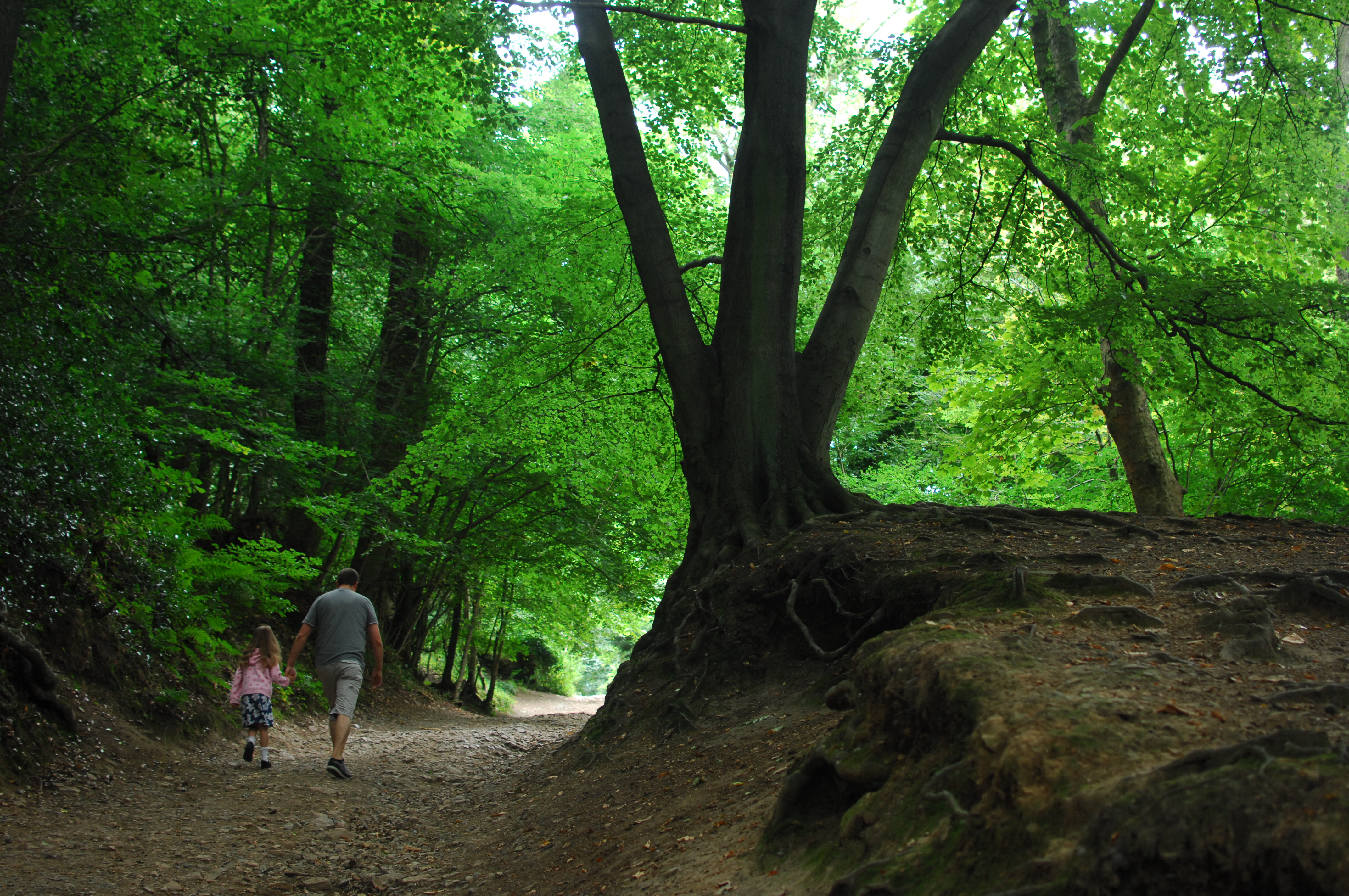 One of my favourite shots from our little expedition – the tree roots were incredible! I bet this place is absolutely gorgeous in Autumn – I’m hoping to convince the girls and my husband to come back and do it again so we can see all the changing colours (and maybe collect a conker or two!) 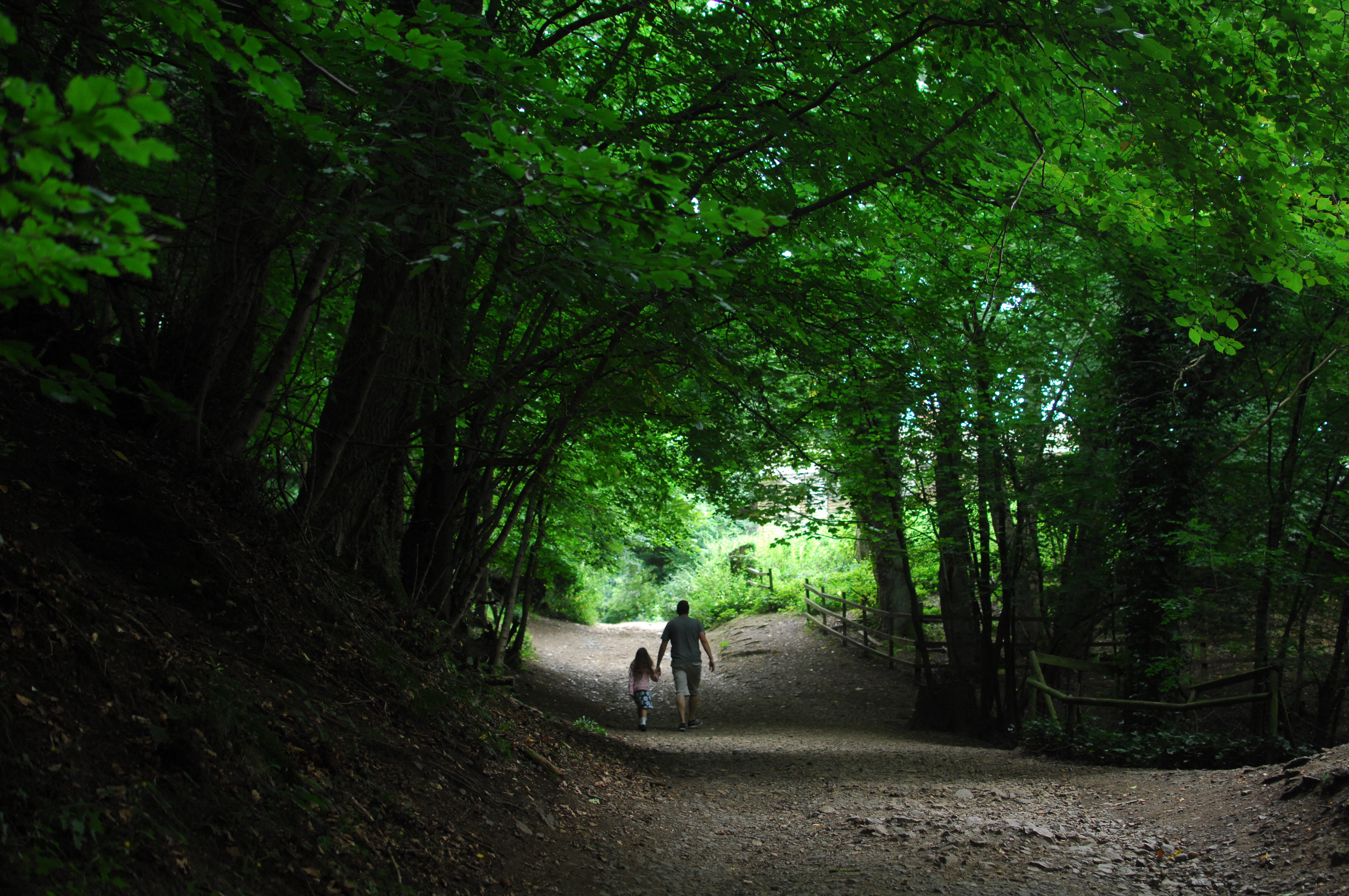 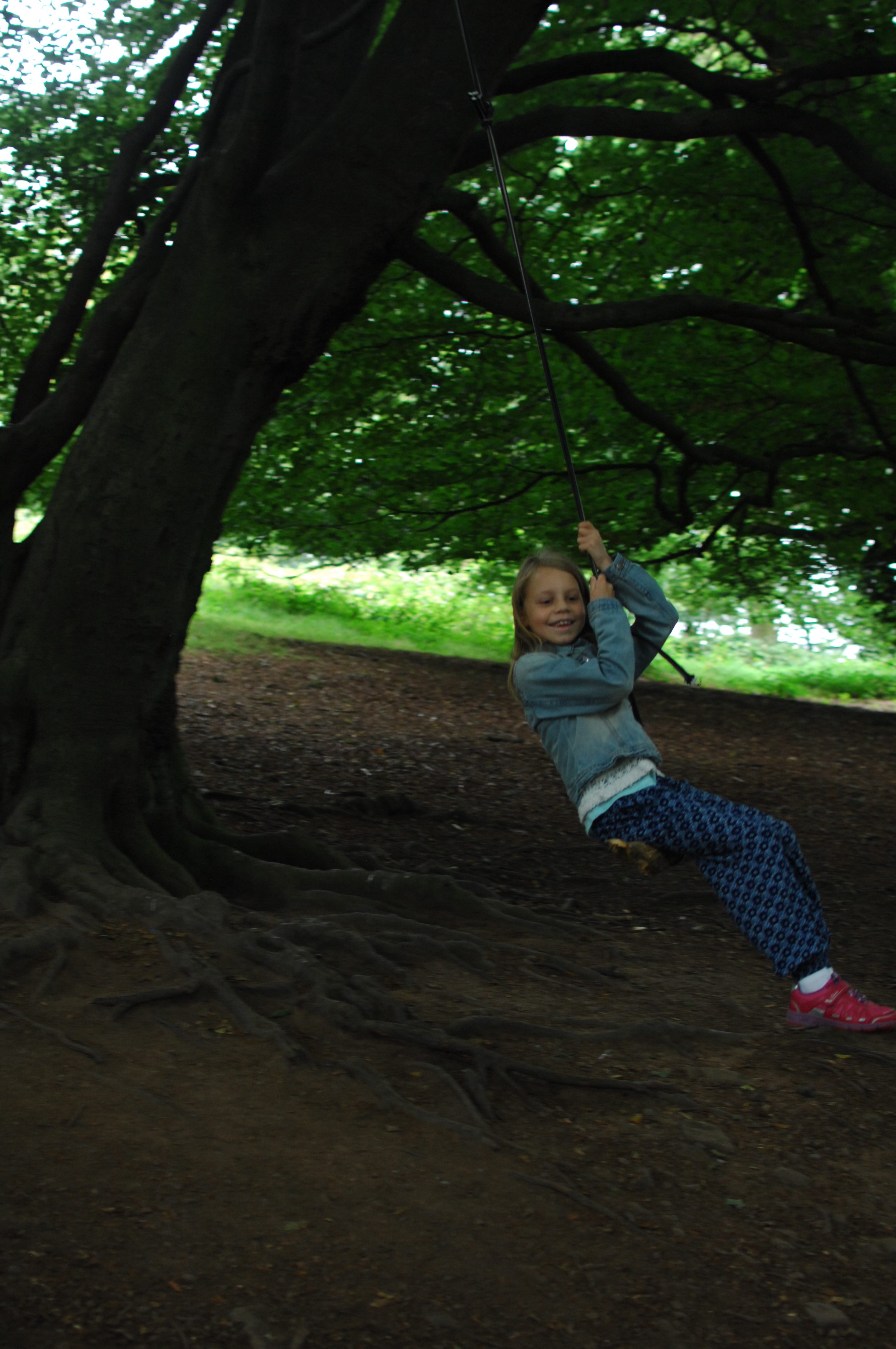 Having fun on the rope swing 🙂 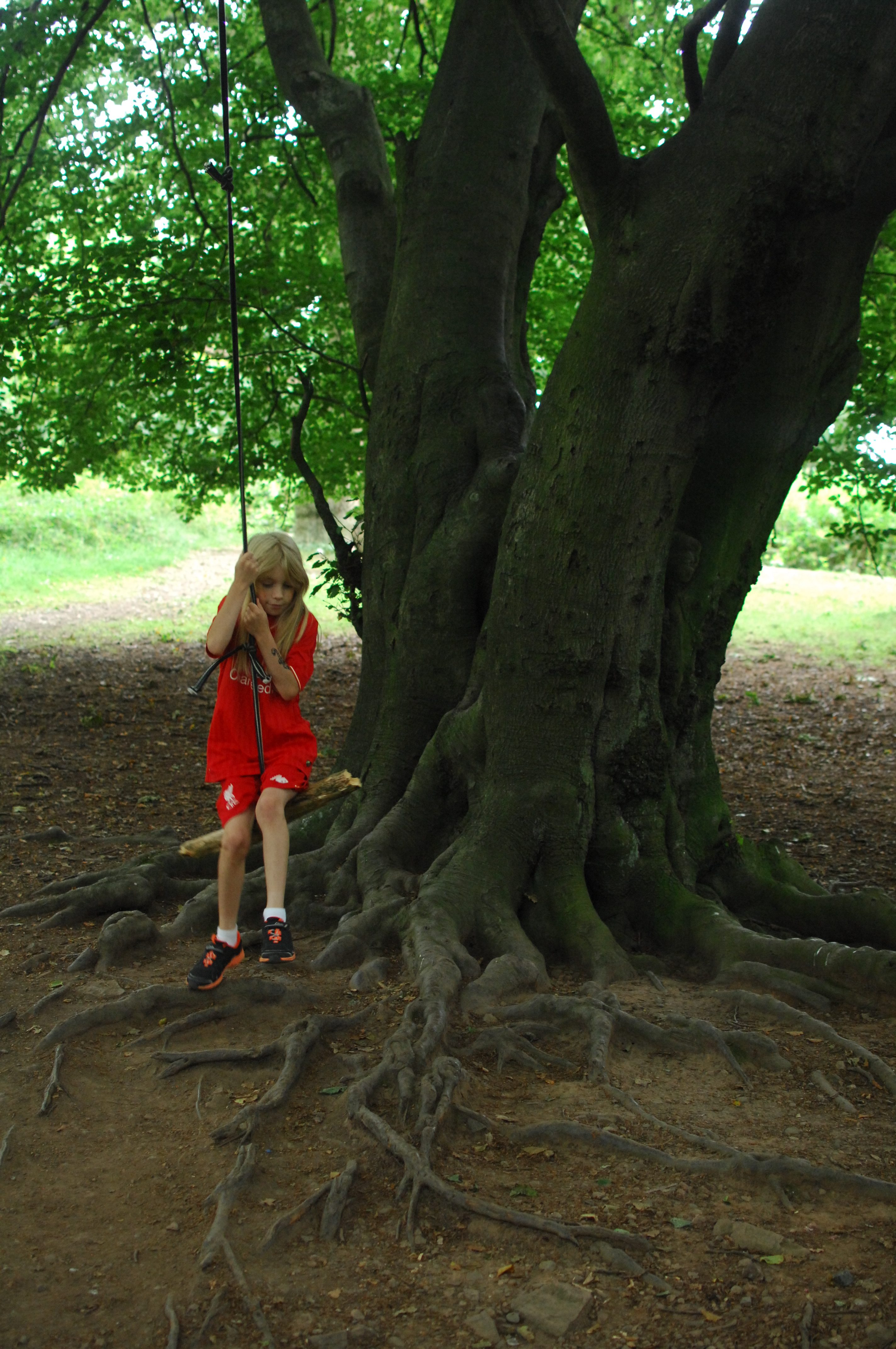 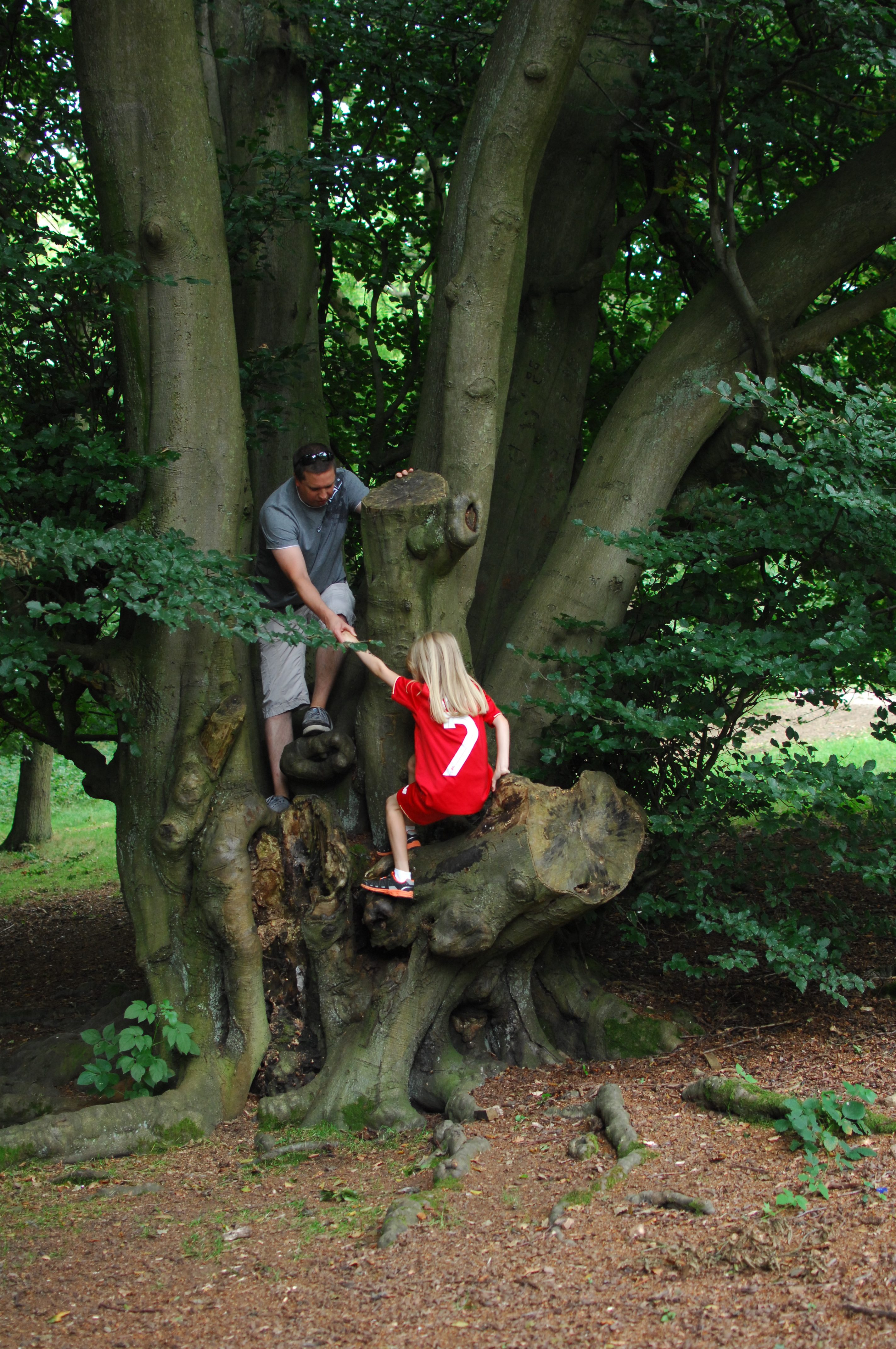 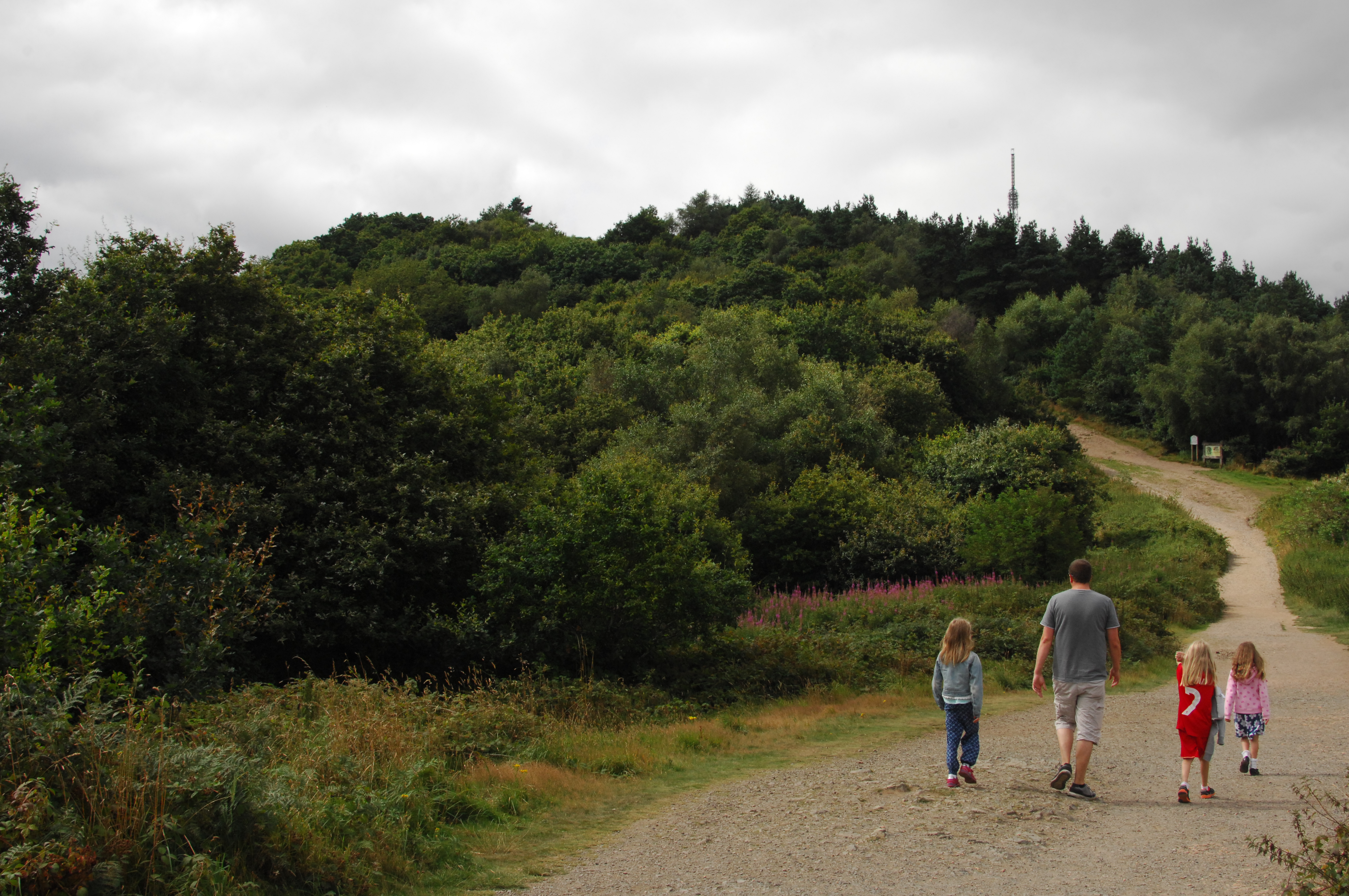 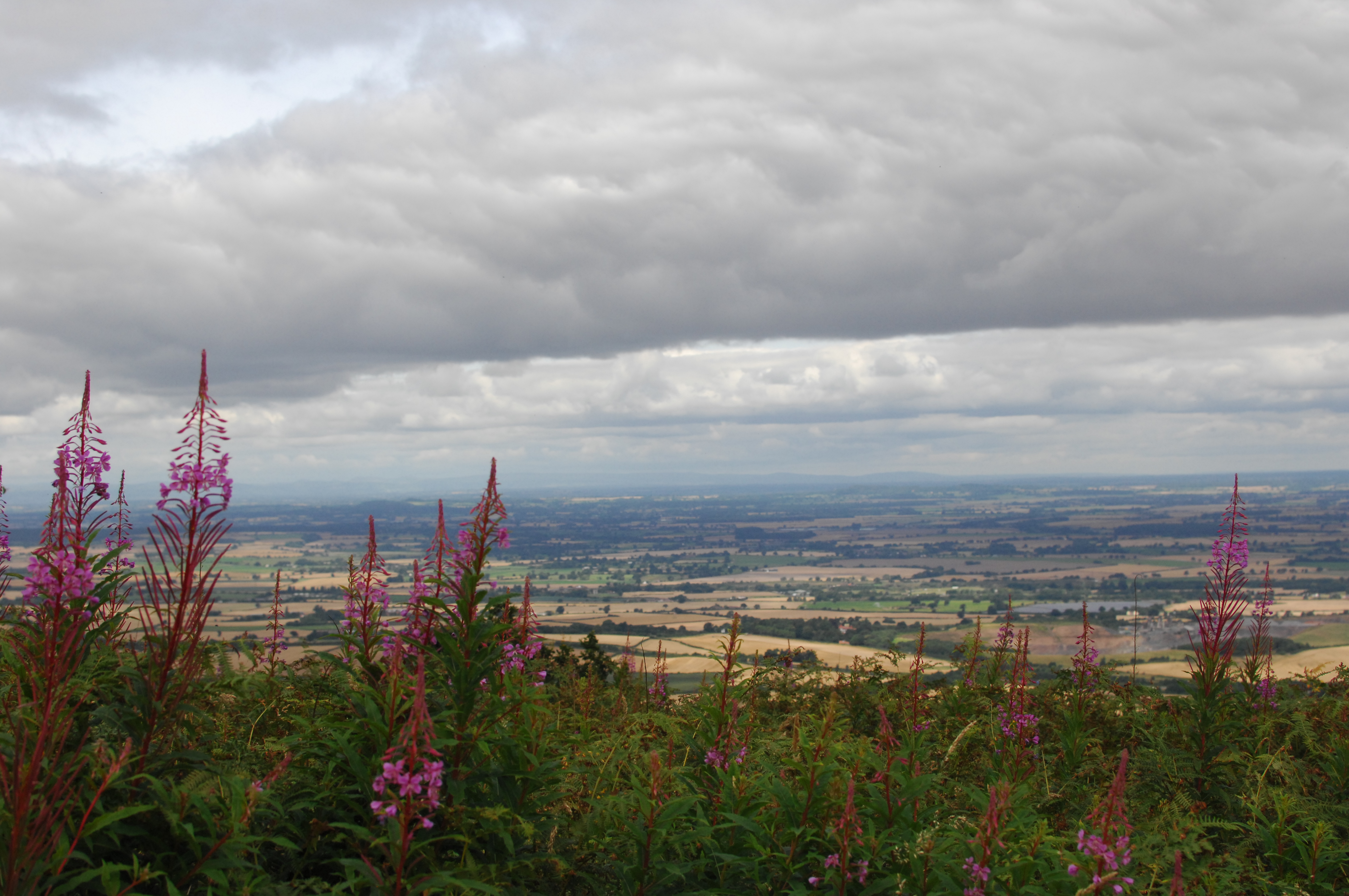 Views from about three-quarters of the way to the top The plaque on top of the summit monument, showing where many local (and distant!) landmarks lie 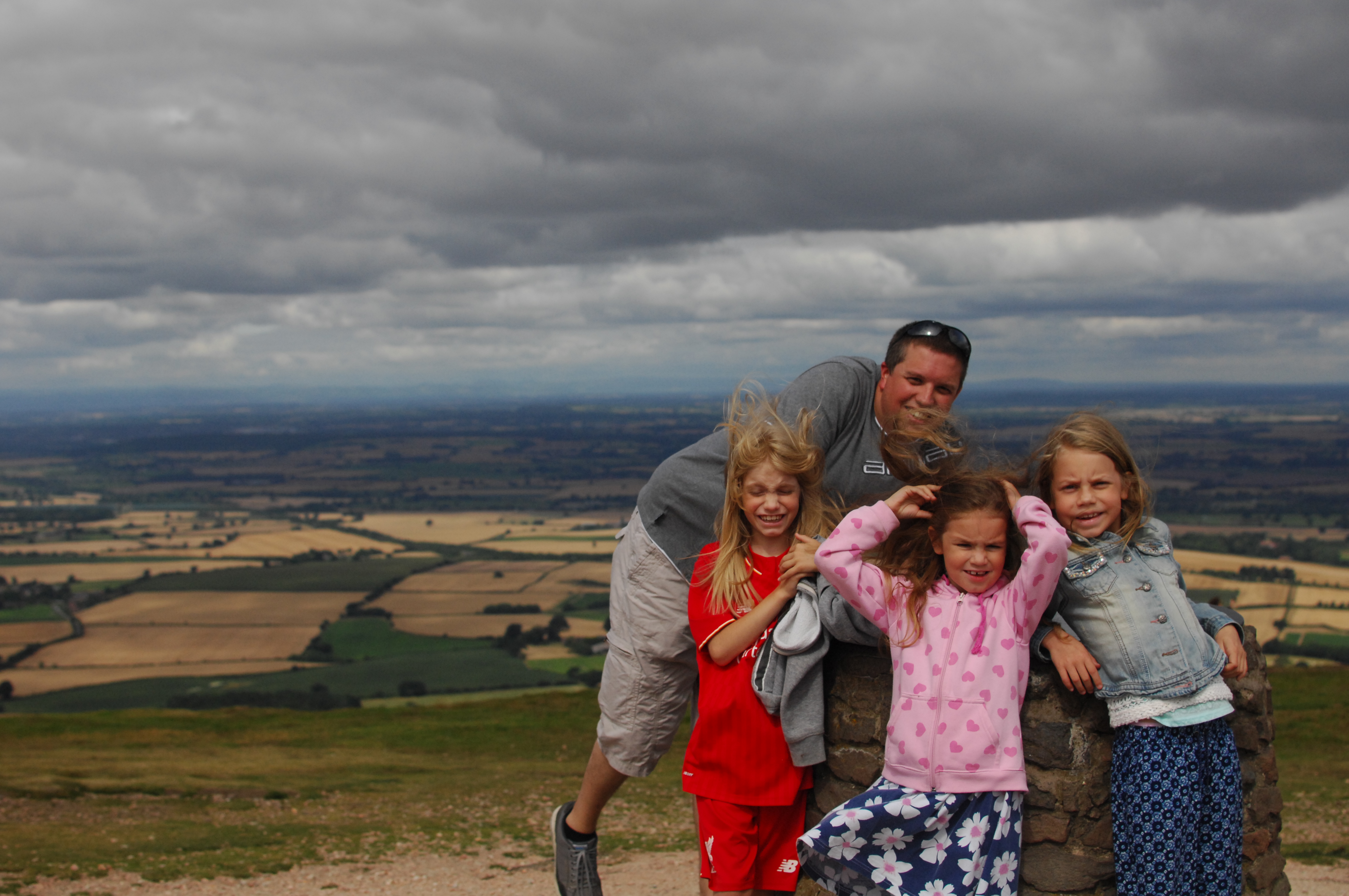 Standing at the summit monument stone. It was pretty blowy up there! Thumbs up all round for such a great achievement 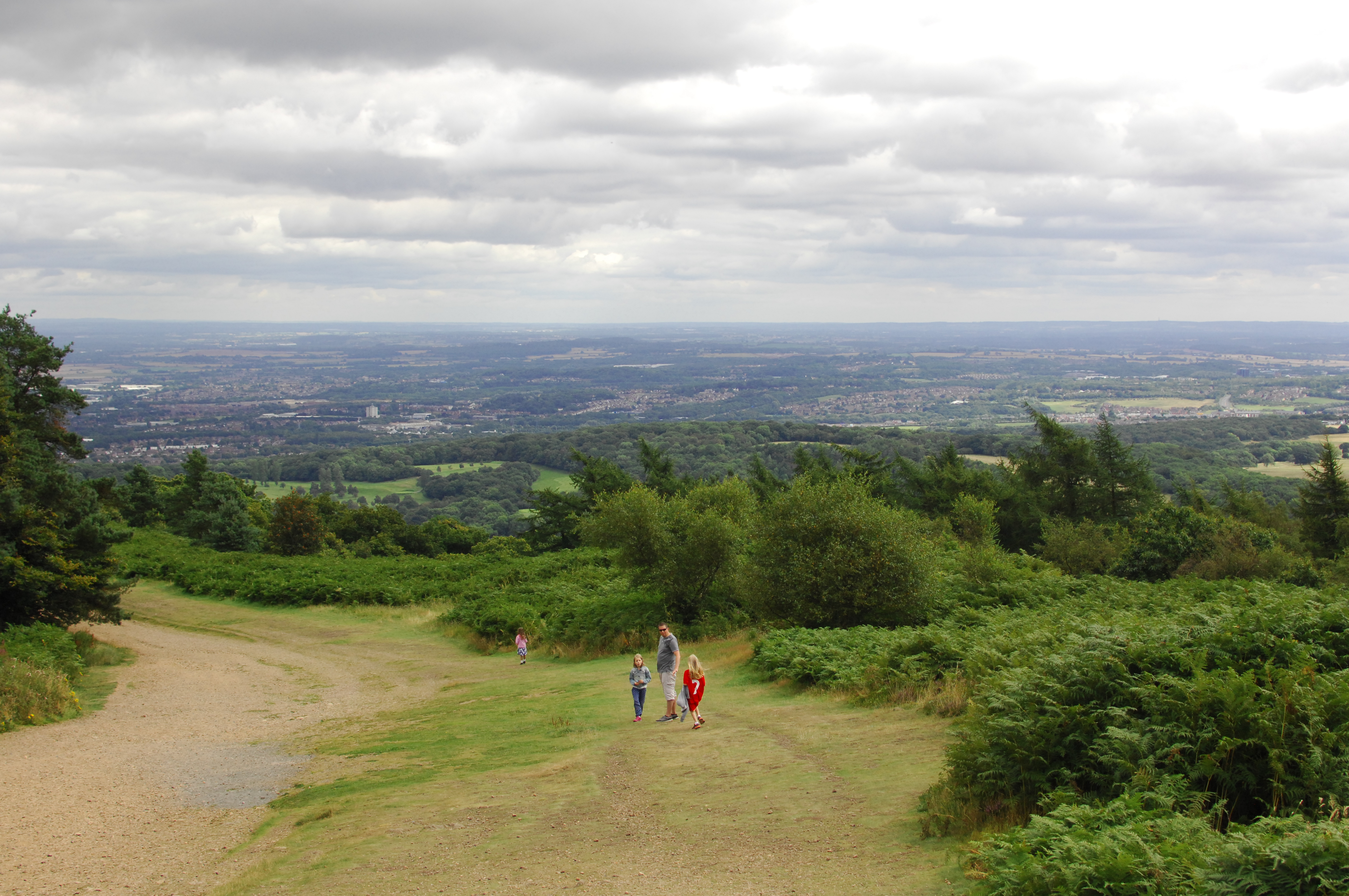 The descent (and more spectacular views) This sign, which we hadn’t spotted on our way up, made me giggle #whichway? 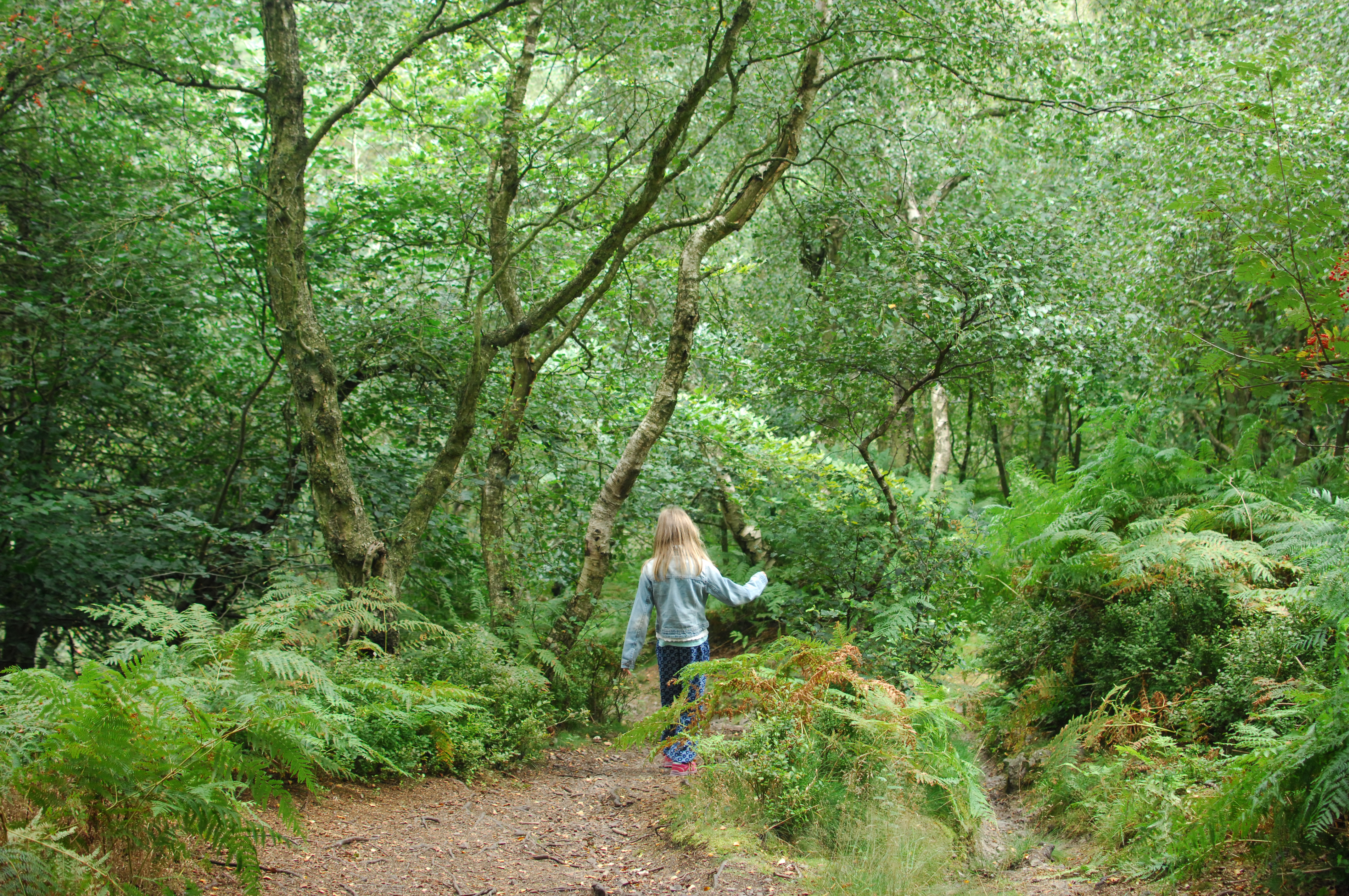