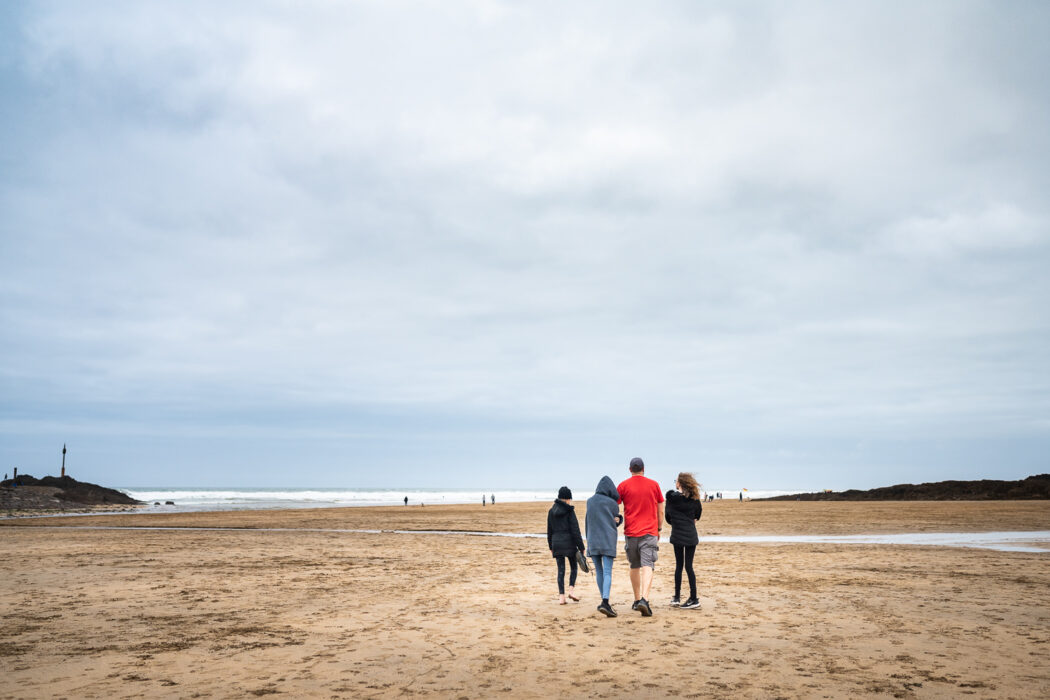 October has been busy in the very best of ways.  September was all about surviving the transition back to school and Neil and the girls recovering from Covid, whereas in contrast we’ve squeezed a LOT of fun things into the last thirty-one days.

I really enjoyed October this year – I’m not usually a fan as it’s when the weather starts to turn and I know that winter is just over the horizon.  However, I’ve been deliberately appreciating the beauty of each season this year and it’s making a genuine difference.  Choosing to find something good (even on the cold, wet, windy days) is giving me a shift in perspective that I think I really needed.

There have been some beautiful skies this month, the leaves changing colour is always a joy to see and it’s been quite mild for the time of year which has definitely helped.

Once Upon A River: by Diane Setterfield.  I picked this up on a whim in Waterstones a few weeks ago and although it took me a while to get into (and a whole month to read), I’m glad I did.  There are lots of threads – characters and storylines and timeframes – introduced at the beginning of the book and they all interweave throughout the chapters.   I knew that they would eventually tie up somehow in the end but I found keeping a grasp on them was quite tricky to start with, perhaps because I was dipping in and out of it rather than sitting down and reading large chunks in one setting.

The hauntingly beautiful descriptive details pull you into the story and the plot itself is a little bit creepy – it was perfect for curling up under a blanket with on the sofa as the evenings drew in and Halloween edged closer.  I finally finished it whilst we were in Cornwall for half term.  It took me a while to process it afterwards and untangle the ending.  I’m glad I stuck with it though and I’m definitely putting the author’s other book – ‘The Thirteenth Tale’ – on my Christmas wishlist. 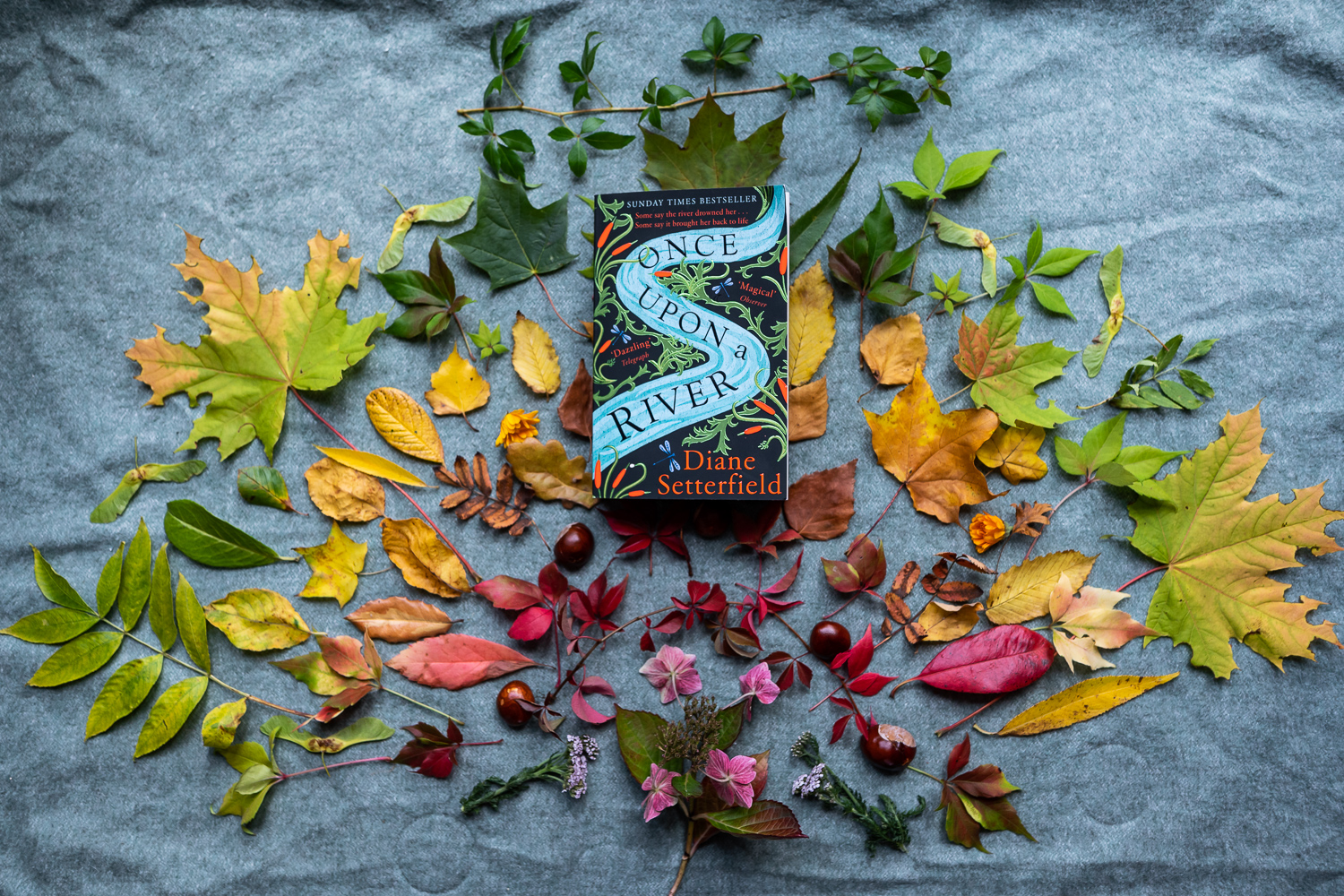 Once Upon A River by Diane Setterfield

Strictly:  I’m still absolutely loving Strictly Come Dancing and the standards seem to be incredibly high this year – Movie Week and Halloween Week were fantastic.  I’ve made my predictions as to who I think will be in the final (the husband and I have a little competition against each other every year) so now it’s a waiting game to see who stays the distance.

No Time To Die:  Neil and I managed a date night!  I can’t even remember the last time we went out together as just the two of us – it was well before the pandemic started so it’s got to be at least a couple of years now.  Isn’t that awful?  Neil’s Dad kindly came over to be with the girls whilst we went to the cinema (our first time inside a movie theatre for fourteen months – I hadn’t realised just how much I’d missed it) and watched the new James Bond film, ‘No Time To Die’.  I thoroughly enjoyed it and I stayed awake the whole way through so it must have been good.  It was exciting, entertaining and it was filmed in some gorgeous locations – everything a Bond film should be.

Addams Family 2:  Two cinema trips in one month!  This one was a family visit to the Rebel Cinema in Bude.  I’ve never been before (that I actively remember anyway, unless I maybe went when I was very young?).  It’s such a cool little place with it’s retro vibes – there are only two screens and each film is only shown once per day.  It felt very Covid-safe too as the online booking system automatically books out a seat either side of your party so you’re not sitting directly next to anyone.  We all enjoyed the film – it felt very Halloween-y – and it was a fun way to spend an afternoon doing something we wouldn’t normally do in Bude. 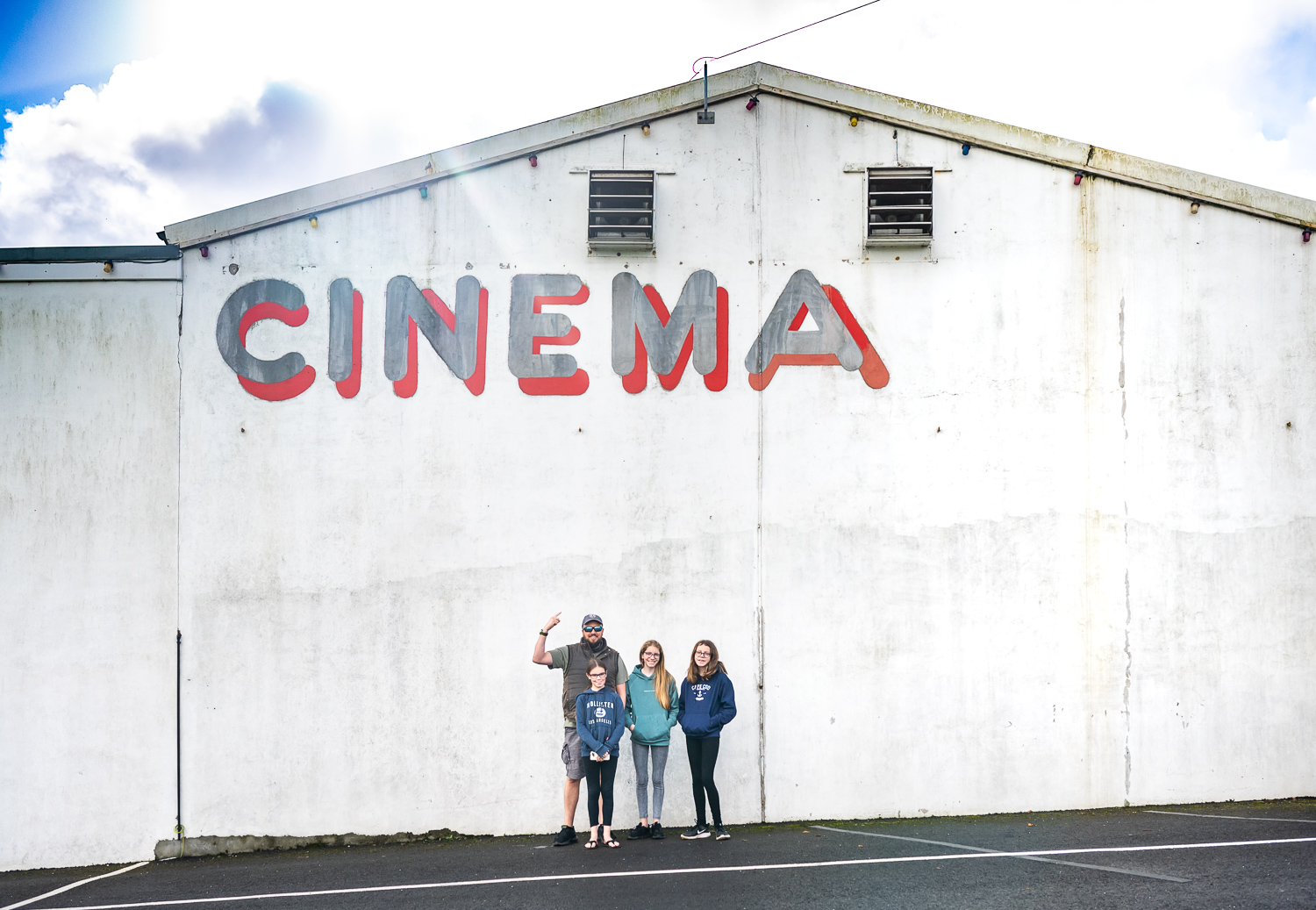 The Rebel Cinema just outside Bude in Cornwall

Meatloaf:  Not only did we have two cinema trips in the space of a month, we also had two date nights – in the space of ten days!  We’re so very grateful to Neil’s Dad for looking after the girls again so we could take advantage of the opportunity that came up.

Steve Steinman, a Meatloaf tribute act, was due to play at our local theatre and I’d dithered over whether to go or not for ages.  In the end I figured that you only live once and so we spontaneously booked tickets the night before the gig.  The thing that swung it for me in the end was that Lorraine Crosby, who sang on the original ‘I’d Do Anything For Love (But I Won’t Do That)’ track with Meatloaf was the special guest star for the evening and I knew I’d really regret it if I didn’t go.

My Dad loved Meatloaf and I pretty much grew up on his music – I love it just as much as he did, although I sometimes still find it hard to listen to now that Dad isn’t here any more.  Needless to say, it was a really fun night and Neil & I both enjoyed it.  I may have shed a couple of tears during some of the songs (which I’d expected to) and we sang and danced throughout the rest of the set.  I couldn’t hear properly for about three days afterwards because it was so loud but it was totally worth it and I’m very glad we decided to go. 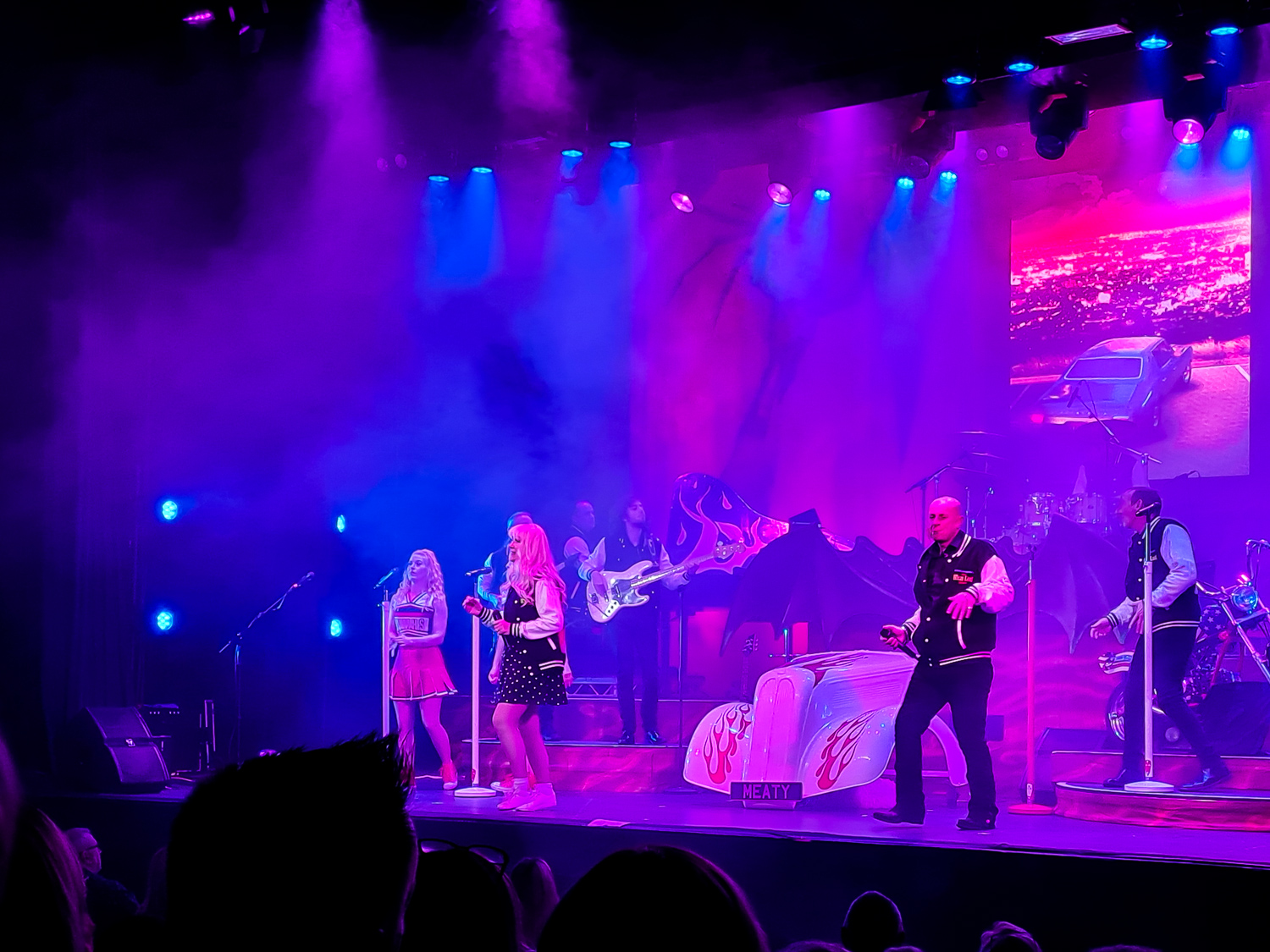 Journey to Southampton:  Mid-October we made the three-hour journey down to Southampton to spend the weekend my best friend and her family (who we haven’t seen for over a year) and to pay a visit to Sophie, who has now started her second year at uni there.  The trip had been rearranged a couple of times for various reasons so I’m glad we finally made it down there.

It was wonderful to see everyone.  My friend’s two daughters have grown so much – L is three now and can count up to 100 and M, who was only six months old when we last saw her, is walking!  A lot happens in a year and I was reminded again of just how much it fills up my heart and soul when I spend time with people who really matter to me.  We hung out at their house catching up with each other’s news, visited Mottisfont National Trust (which was absolutely gorgeous) and had a long walk in the woods near to their home.  It was exactly what I needed.

We also met up with Sophie for lunch, had a mooch around Southampton city centre and the West Quay shopping centre and saw her student house.  It’s been a long time since we last saw her as well so it was good to see her happy and settled. 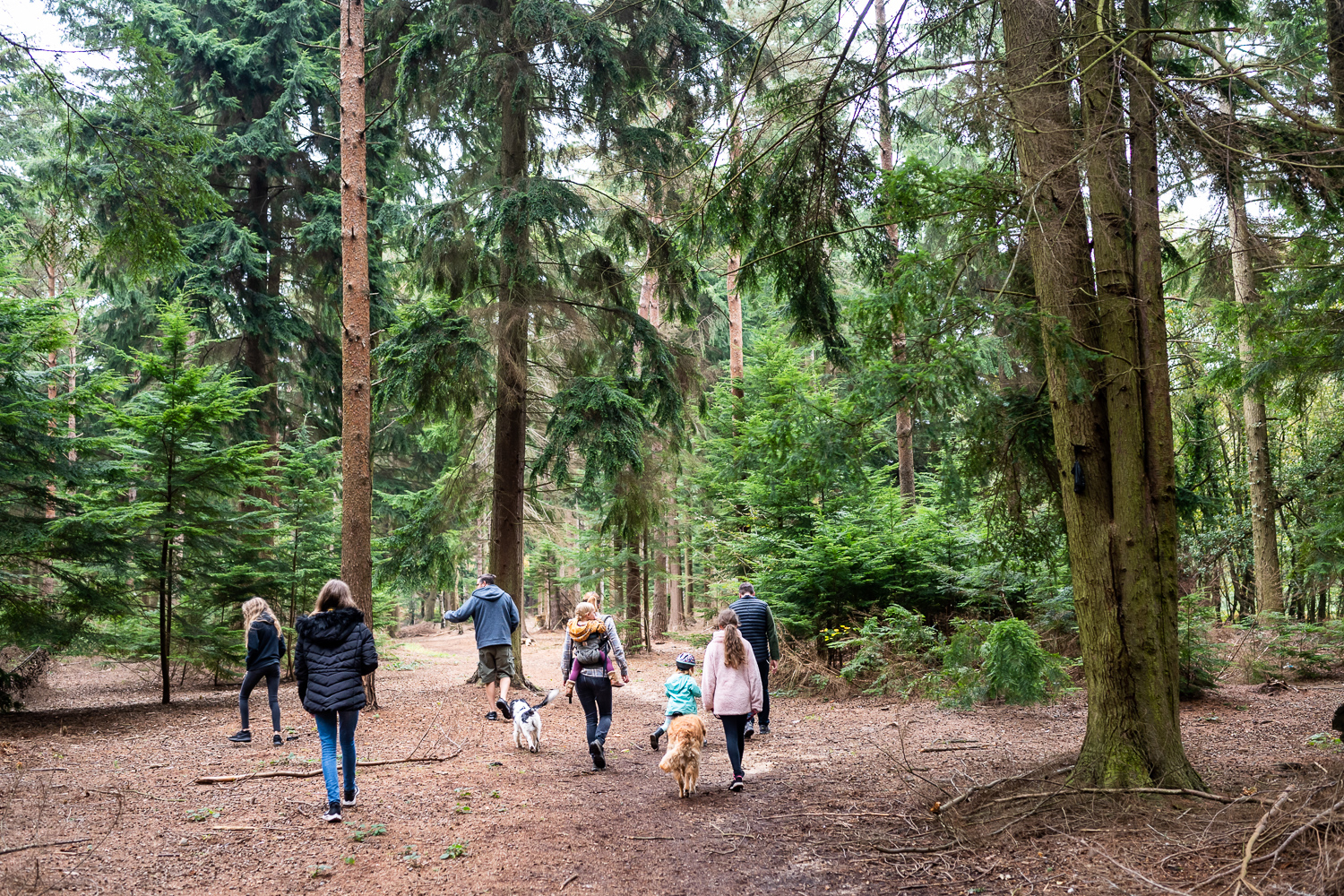 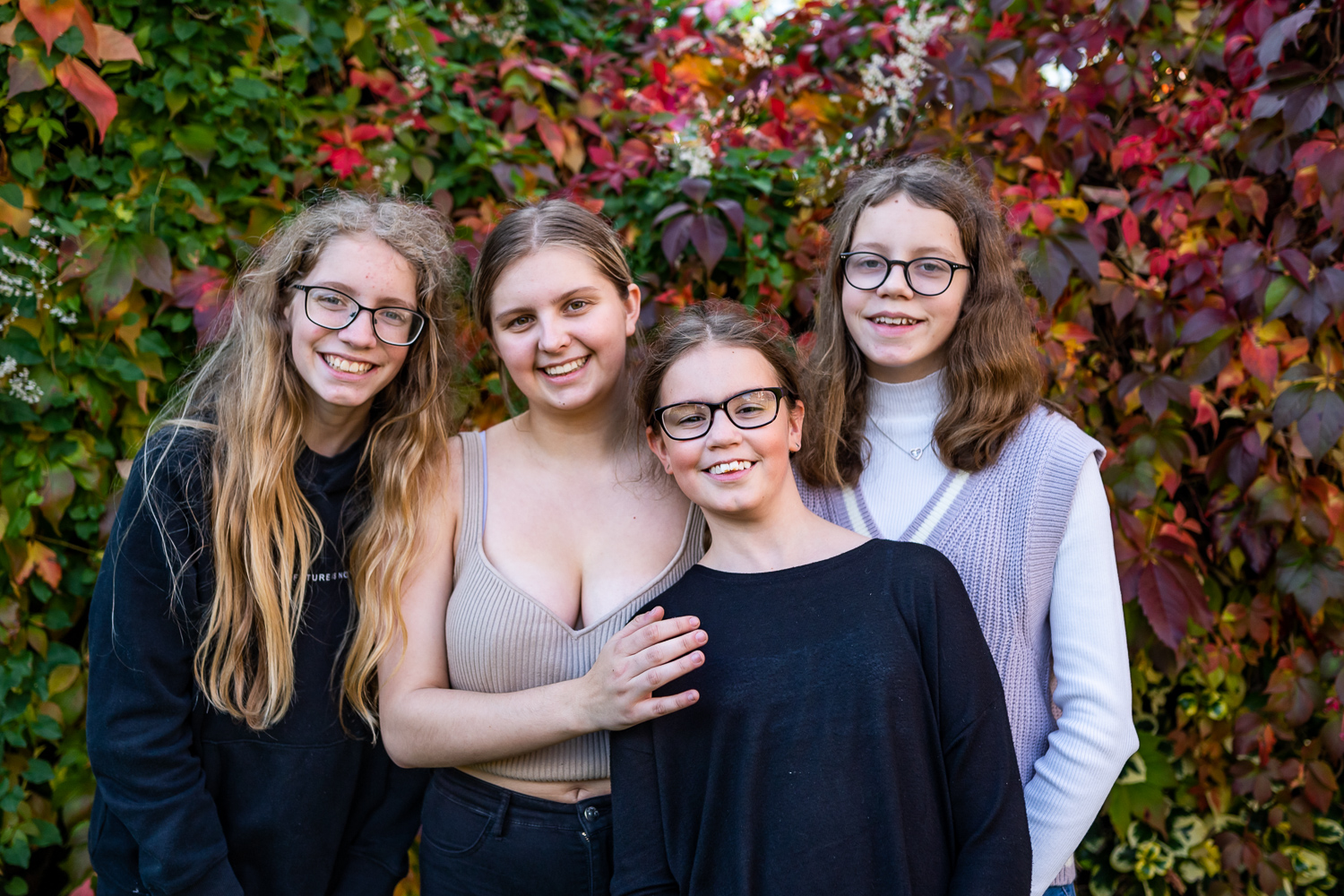 Reunited! It was so lovely to see Sophie for the afternoon

Memories in Bude:  We also made the long journey down to Cornwall to spend half term making memories in our happy place in Bude.  We stayed at our ‘home from home’, The Beach Haven, and honoured as many of our holiday traditions as we could – crazy golf, bowling, and plenty of windy walks over the clifftops and along the beach.

We also tried out a few new things – as already mentioned we watched a film at the Rebel Cinema, we bought mouth-wateringly yummy goodies from the highly acclaimed Electric Bakery, we discovered a new walking path, we went out for dinner somewhere new, and I took Ella out to chase the sunset with me which might just have been one of the highlights of the trip for me. 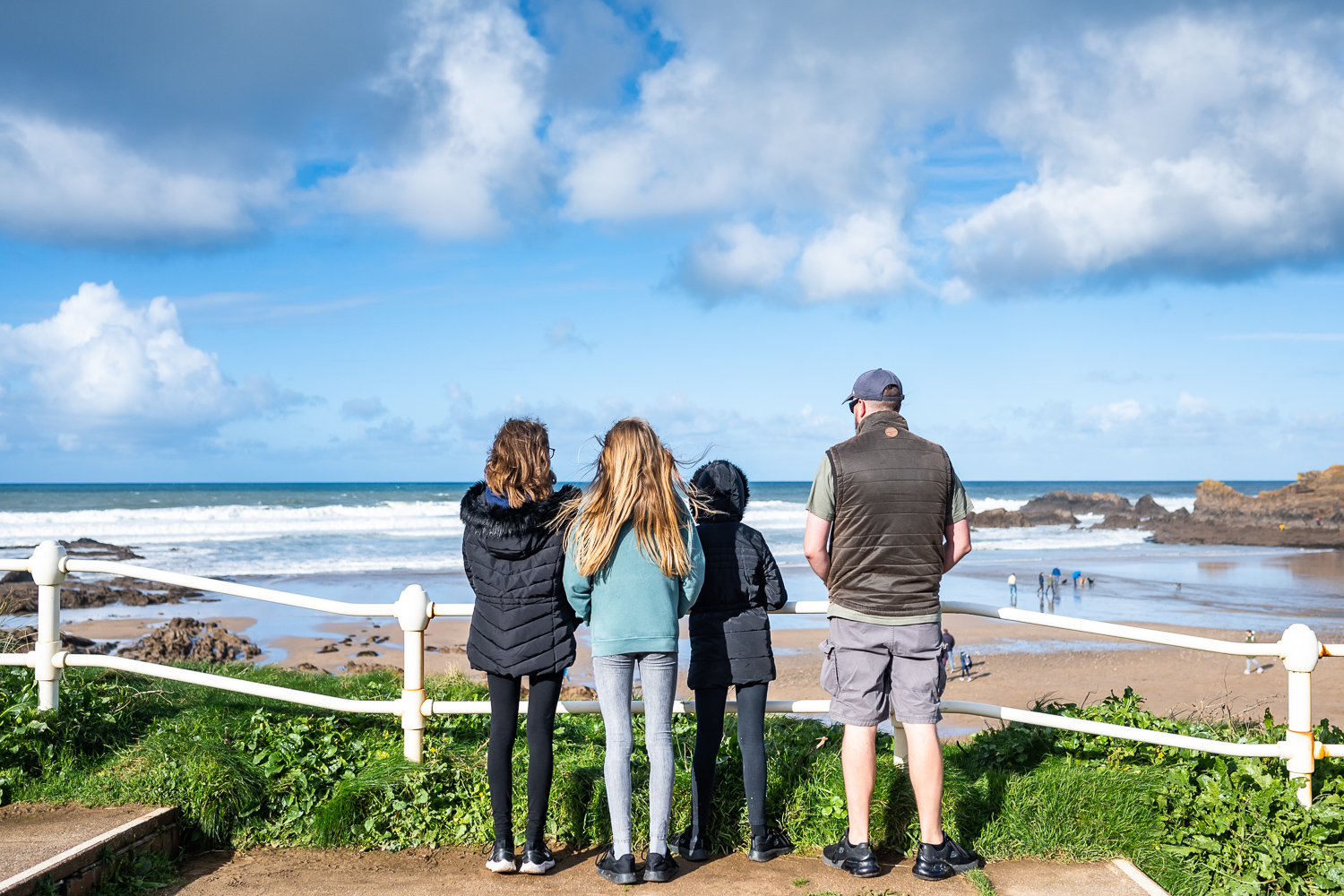 I take this same photo every single time we visit Bude – I love seeing how much they grow from season to season and year to year. 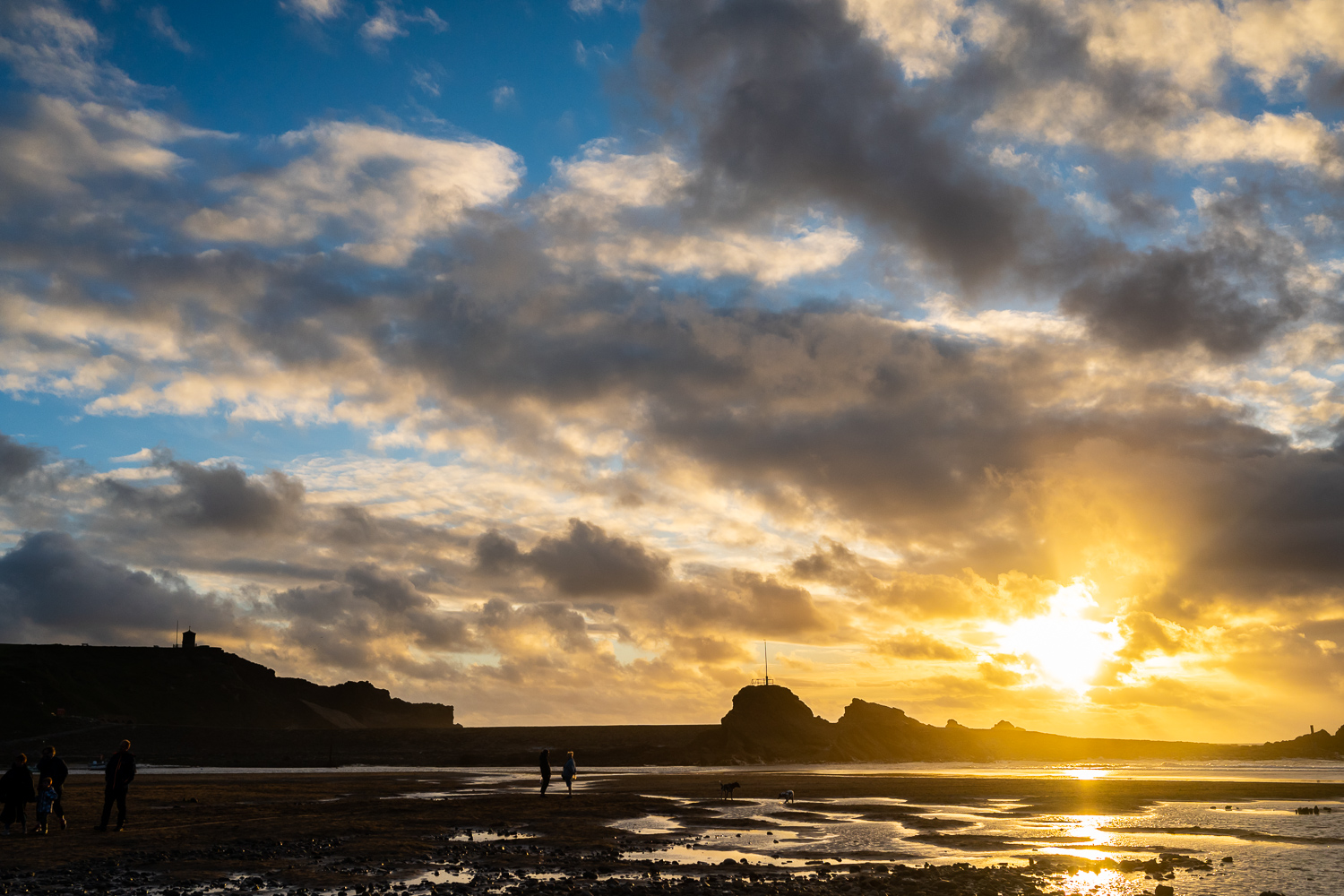 Sunset at Summerleaze Beach. It felt very special to have Ella watching it with me.

Halloween Pumpkins:  We got home from Bude the day before Halloween and opted not to go to a pumpkin patch this year for various reasons.  I wasn’t sure whether there would be any pumpkins left in any of the supermarkets by this point but I managed to find some in the end and the girls spent a fun afternoon carving and painting them together.  Making Halloween pumpkins is one of my favourite October traditions. 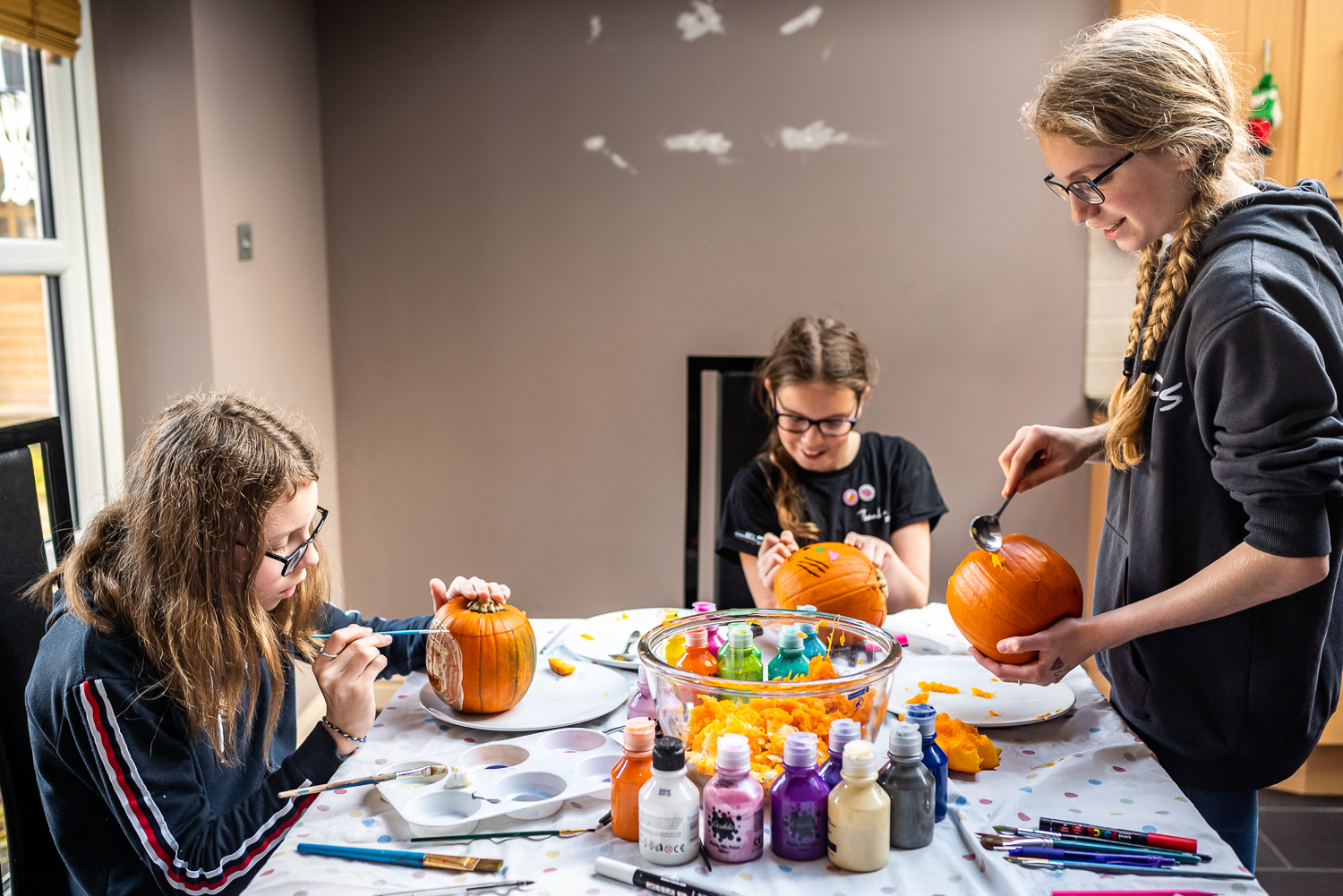 Getting creative and messy whilst making their Halloween pumpkins 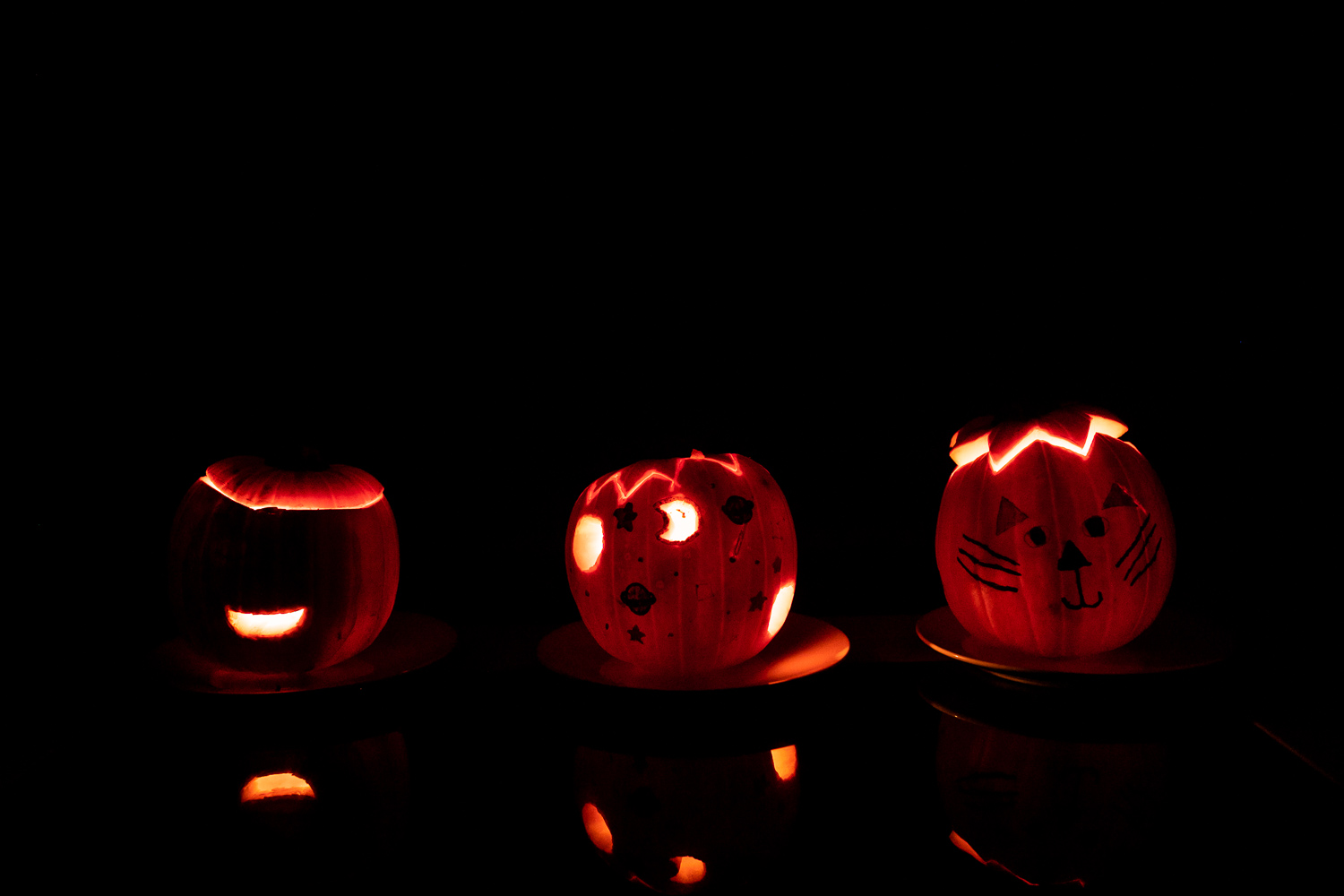 Wellies on the beach:  Of course!  October half term in the UK means it will inevitably rain at some point.  We were lucky enough to have some dry, sunshine-y days whilst we were in Cornwall, though the rain put in an appearance too from time to time.  One day it rained non-stop so I took myself off to the beach for a stomp on the sand whilst everyone else stayed cosy indoors.  It was exhilarating, even if I did discover that the aforementioned wellies actually have a hole in them…. 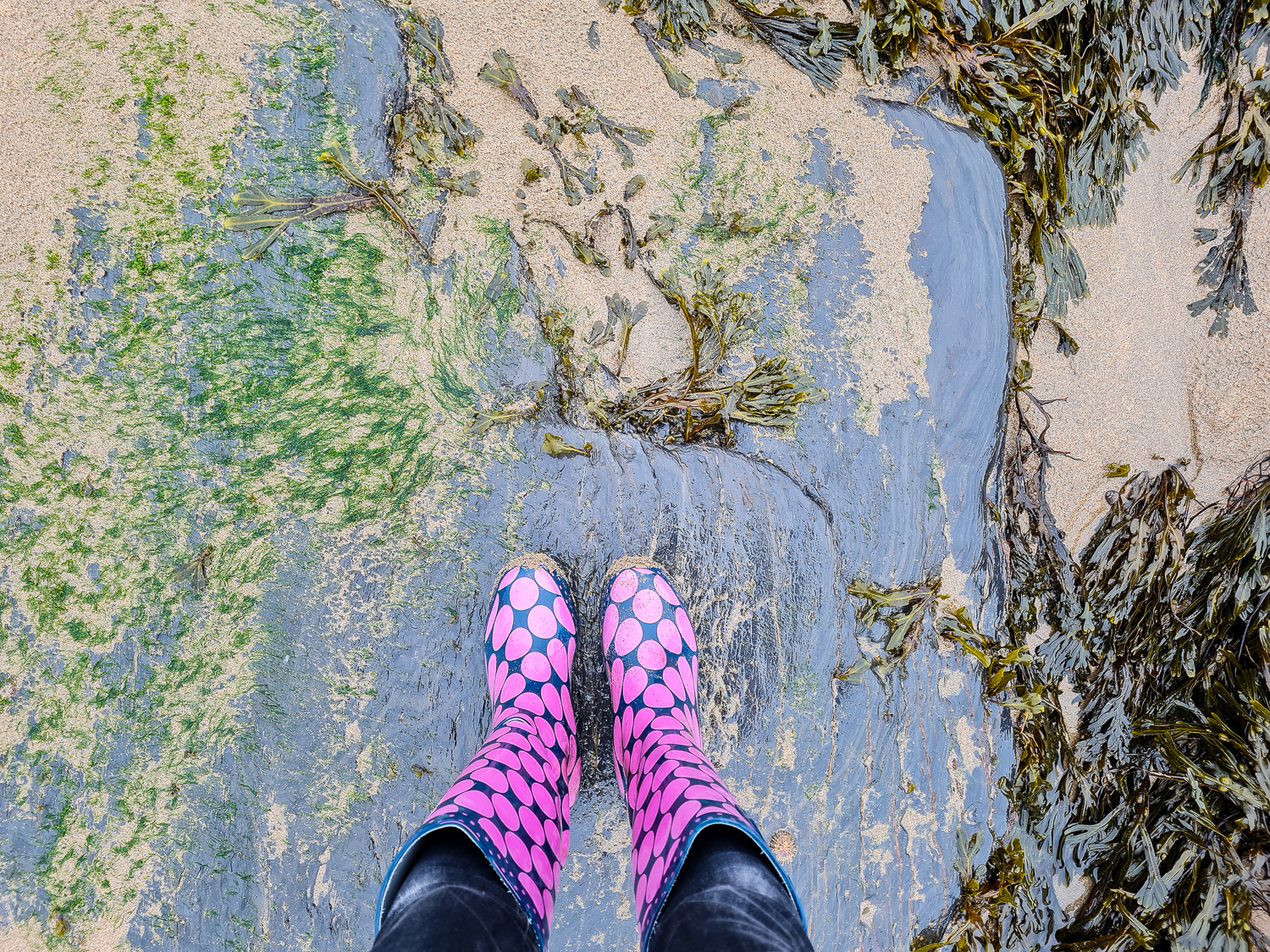 House renovations:  At last we’ve had some work done on the house!  We had an electrician sort out our lighting issues for us way back in January whilst a plumber simultaneously fixed our heating and hot water, which rudely broke down right in the middle of all the snow we had… but we’ve done absolutely nothing since.  The third lockdown and then no-one having any availability because they were all booked up meant that all house renovations got put on hold and we’ve been living with holes in walls and ceilings all over the house for months.

We finally managed to book a plasterer this month and now, ten months on from when the work actually started, the holes are filled.  We have a painter and decorator coming in during November and I cannot wait to have some white walls!   We’re also reconfiguring the bedroom arrangements so that it works better for everyone, even if it’s not the most conventional way to organise things.

Photoshoots:  I did two photoshoots in October to help me build up a portfolio of images to use on my website for my new business – Moments In Between Photography – which is hopefully launching very soon.  They were really fun to do and I learnt a lot.  Thank you to Helen & Kelly for letting me practice with you! 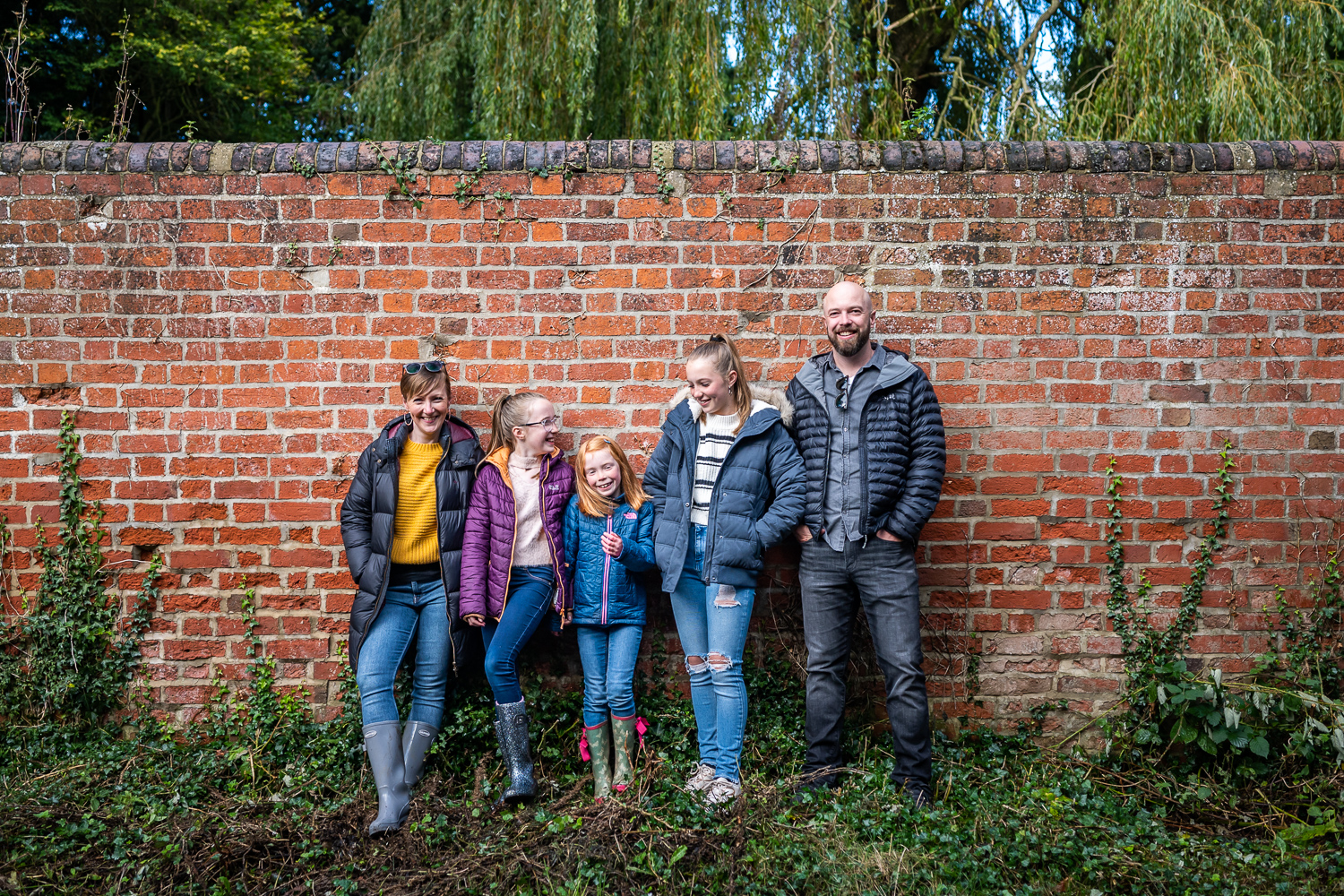 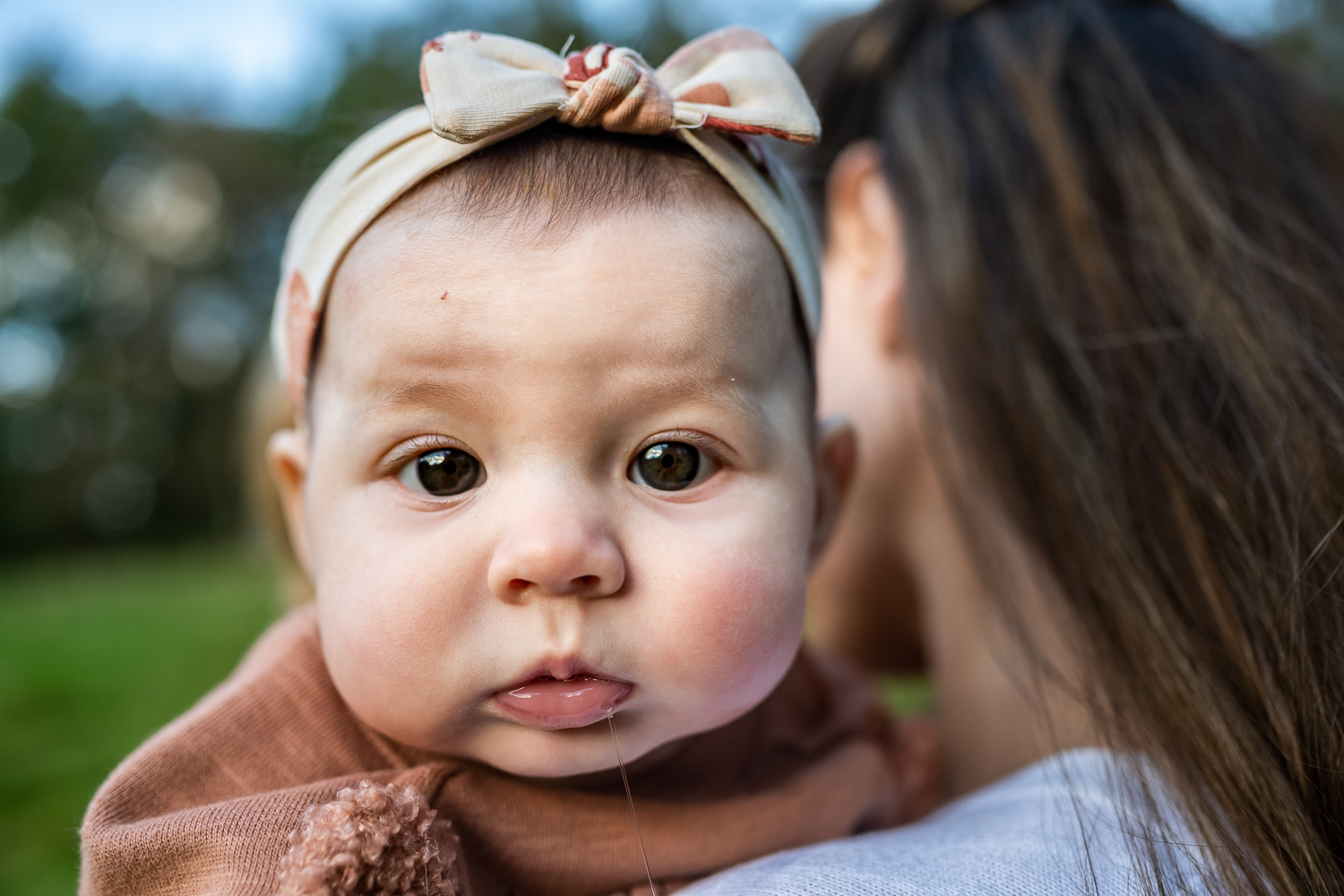 This image of this gorgeous little squish (drool and all!) was my favourite from the Harris’ family photoshoot

Chapter ten of 2021 has now drawn to a close and I genuinely can’t believe that we’re less than 2 months away from Christmas.  This year seems to have gone so fast, whilst at the same time it feels like it’s lasted forever – was it really only six months ago that we were still tentatively emerging from the third lockdown?!  I’m feeling quite optimistic about the upcoming festive season – I’m hopeful that it might be a little bit more ‘normal’ this year.

Before we get to Christmas, though, there are still plenty of days to fill with lots of little (and big) things to love and I want to make the most of them by being as present in the moment as possible.

I hope that October has been kind to you all and that November is full of positivity and promise.

October 2021: The Moments in Between

I feel like I’ve rediscovered my positivity a bit this week, after what seems like a long time of feeling very flat and down….