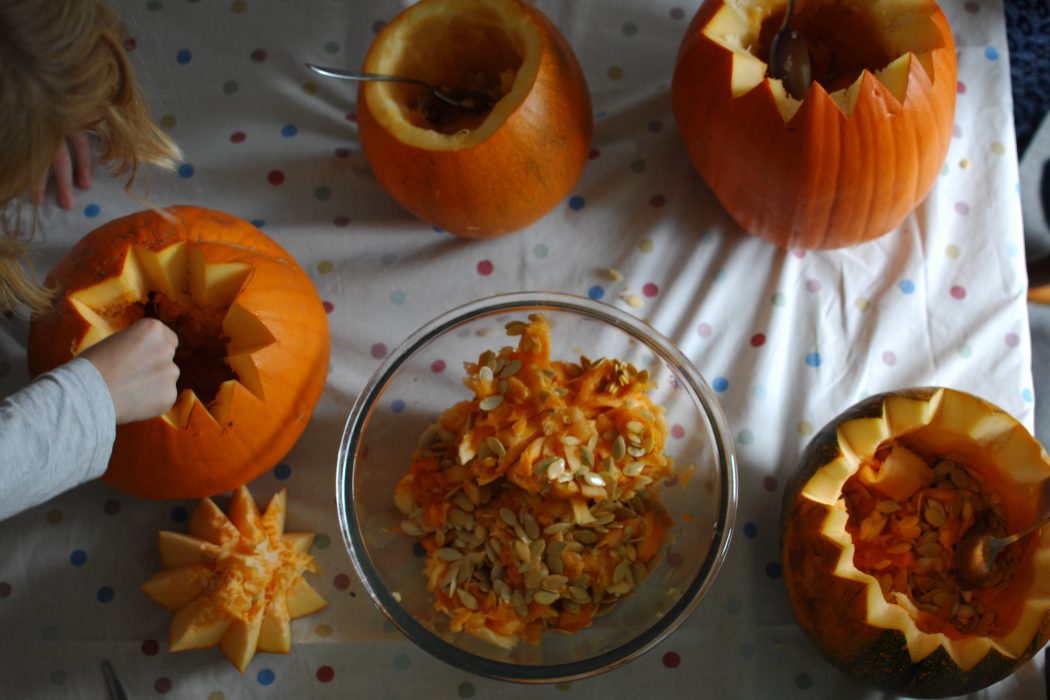 We’re not really into Halloween all that much in our house.  The girls don’t go trick or treating (I’m not sure I really agree with the idea of them knocking on people’s doors asking for sweets!), we don’t really dress up (unless they get invited to a party) and I don’t decorate the house.  If I’m honest, by the time we get to halfway through the Autumn term I feel like I’ve just about survived getting back into the swing of the school routine and my thoughts are starting to turn towards the numerous upcoming December birthdays and Christmas that I need to plan for – I simply don’t have the headspace for another holiday or celebration in the middle, much as I’d love to make the effort and get into the spirit of the fun.

One thing we always make time to do, though, is to visit the local pumpkin patch at Bednall during October half term.  We’ve been going for the last three years – ever since the girls have been old enough to know what it’s all about.  It’s become a bit of a family tradition and we really enjoy going.

The local patch has grown and developed a lot over the last few years and this year it was even more noticeable than usual.  It’s gone from being simply a patch of pumpkins in a field to being a properly organised, week-long event.

This year there was double the acreage of pumpkins, so there was absolutely no danger of them running out, or of us bringing home a squishy one because all the best ones had already been picked.  There was also a pumpkin-cleaning station to brush all the mud off of our chosen pumpkins, a small stall selling jars of locally-produced honey (yum!), a coffee kiosk, a haybale slide and even a portaloo!   Plus the barrel-train ride was much longer than in previous years.  The pumpkins themselves are really reasonable – we got six for £10, including two absolutely huge ones that probably would have cost that much between the two of them from a supermarket.

There are always a couple of scarecrows dotted around, and this year there were a couple of new additions to the decorations as well.  I think the girls’ most favourite part of all is trying to wheel the wheelbarrow! 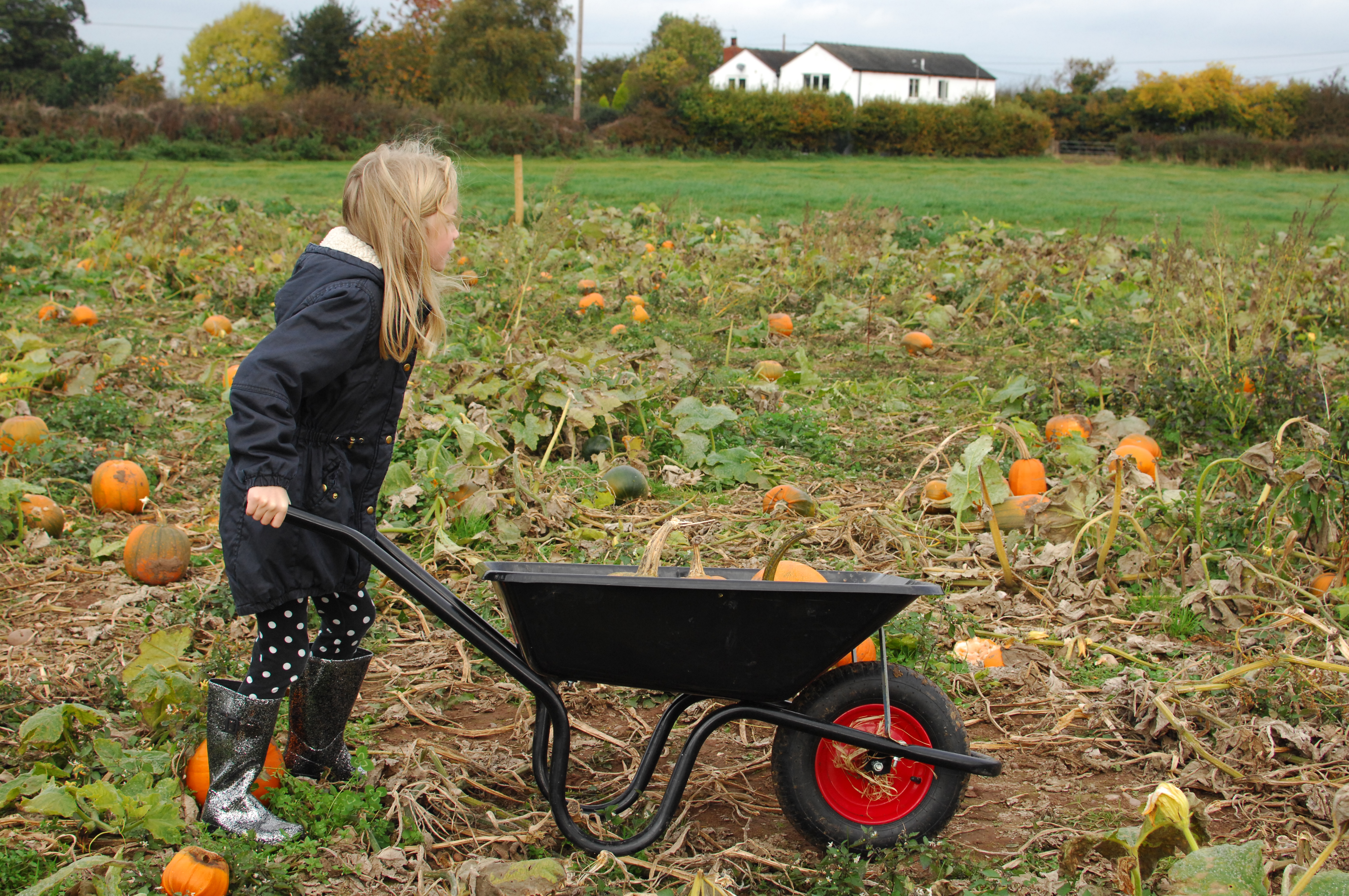 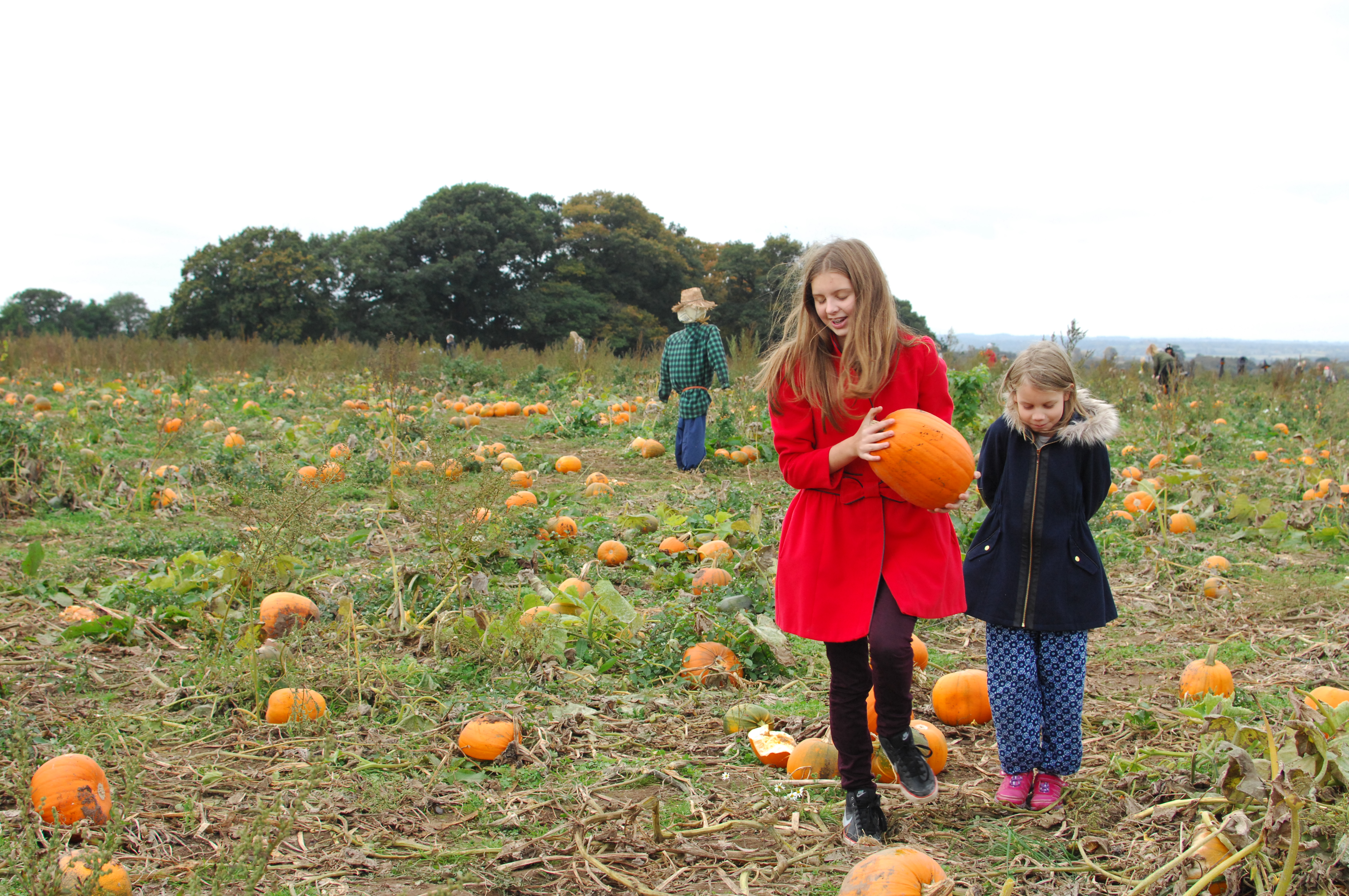 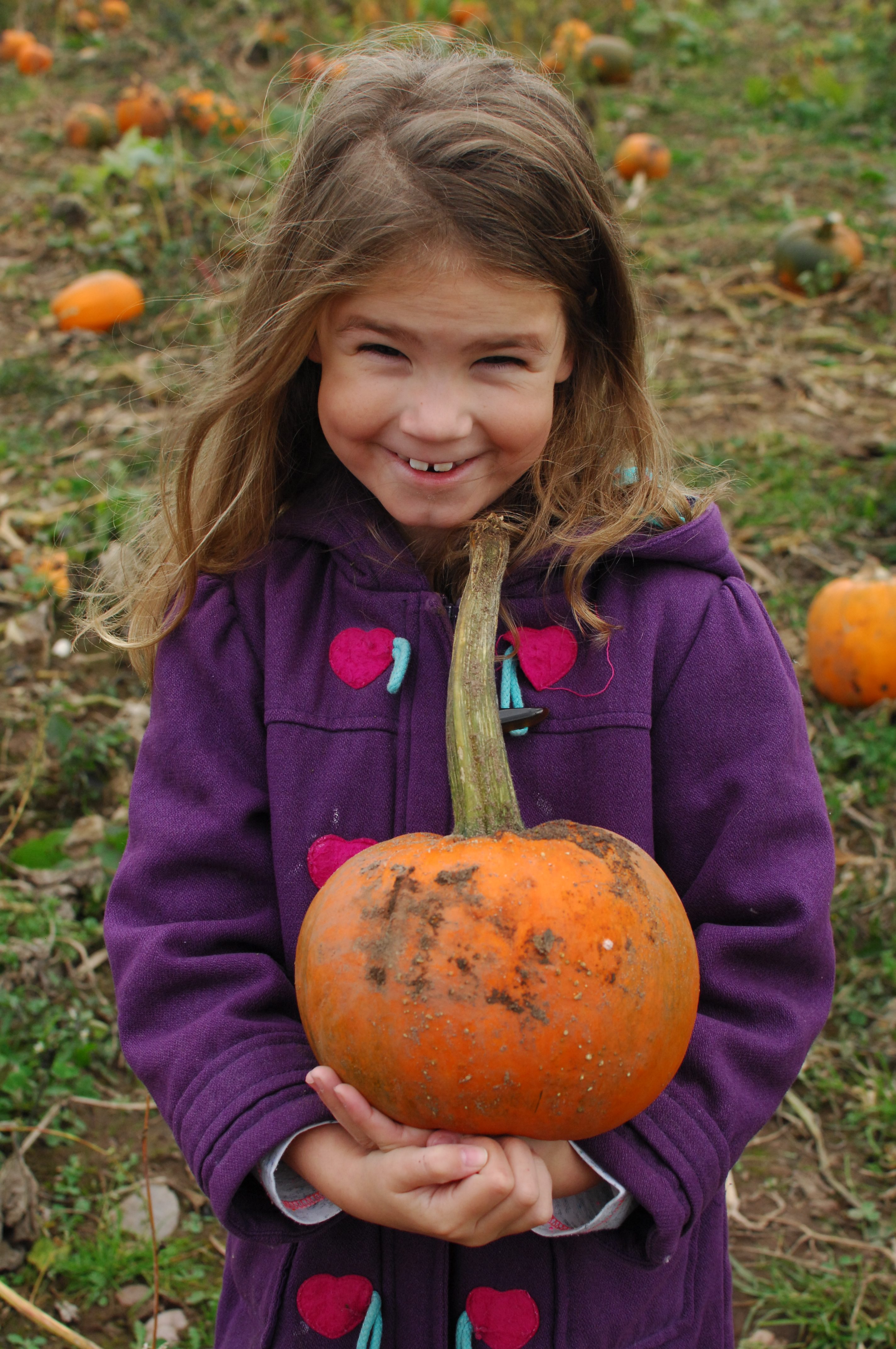 “I want this one Mummy!” 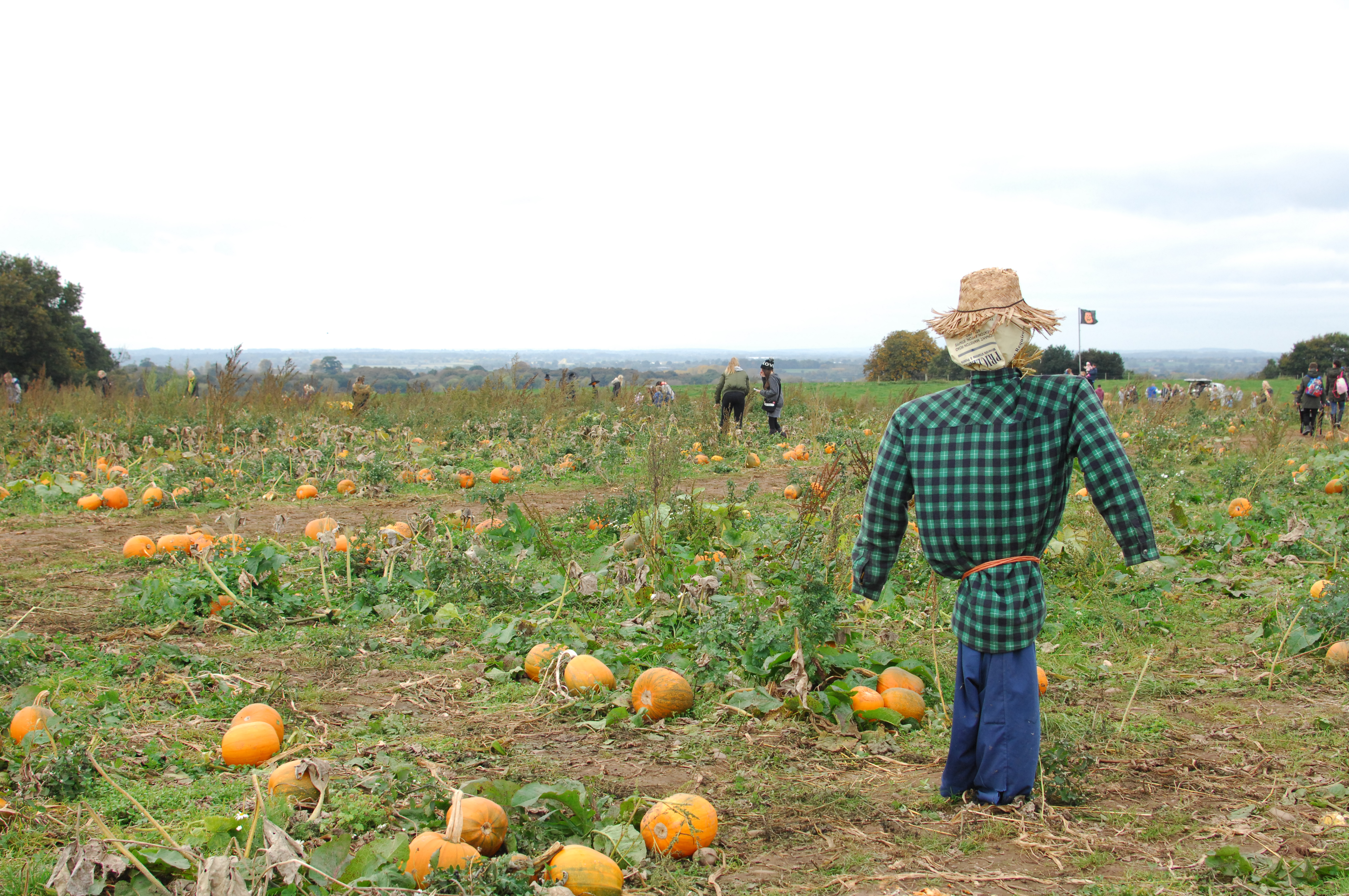 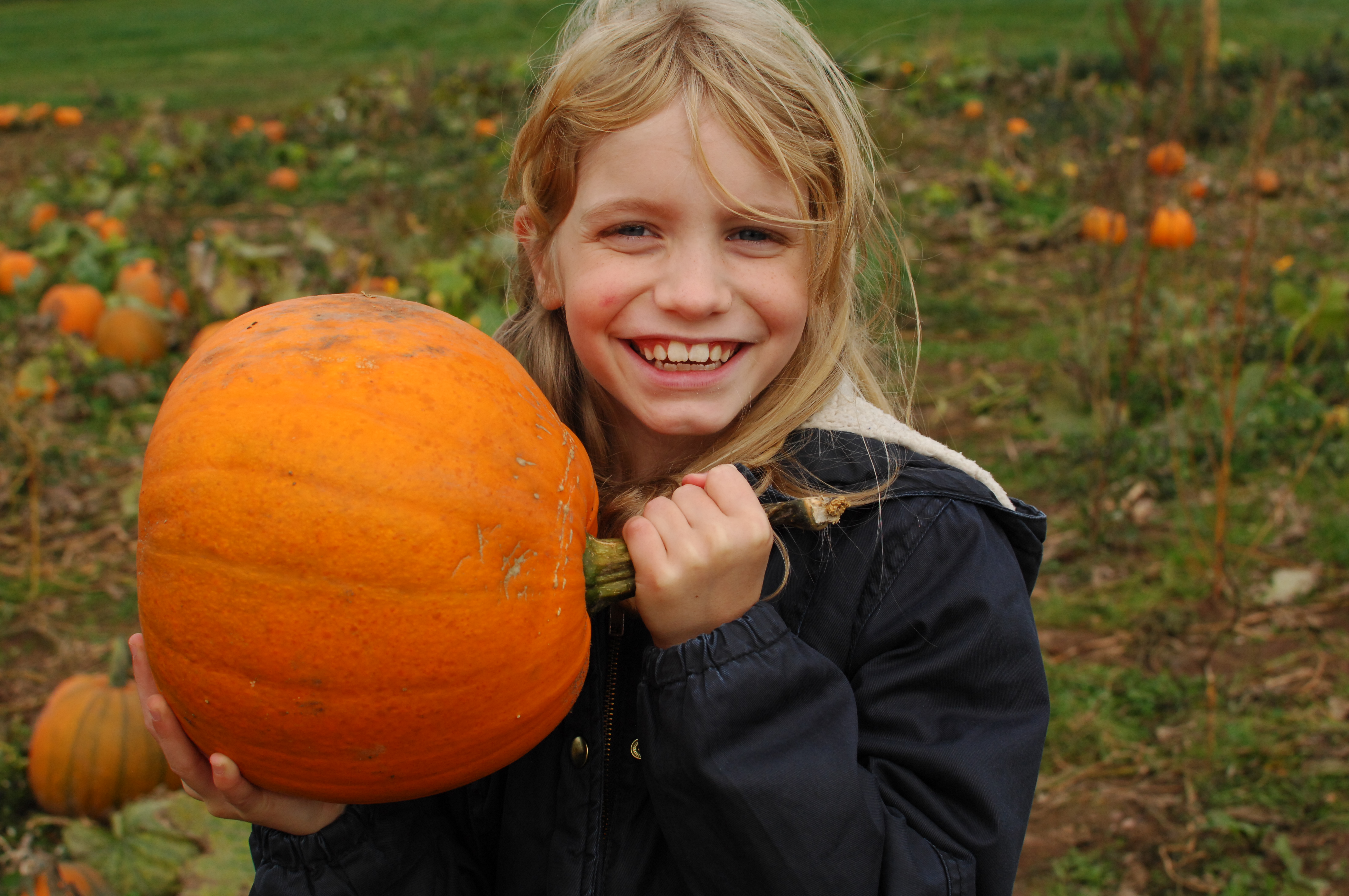 “This giant one is going to be mine Mummy!” 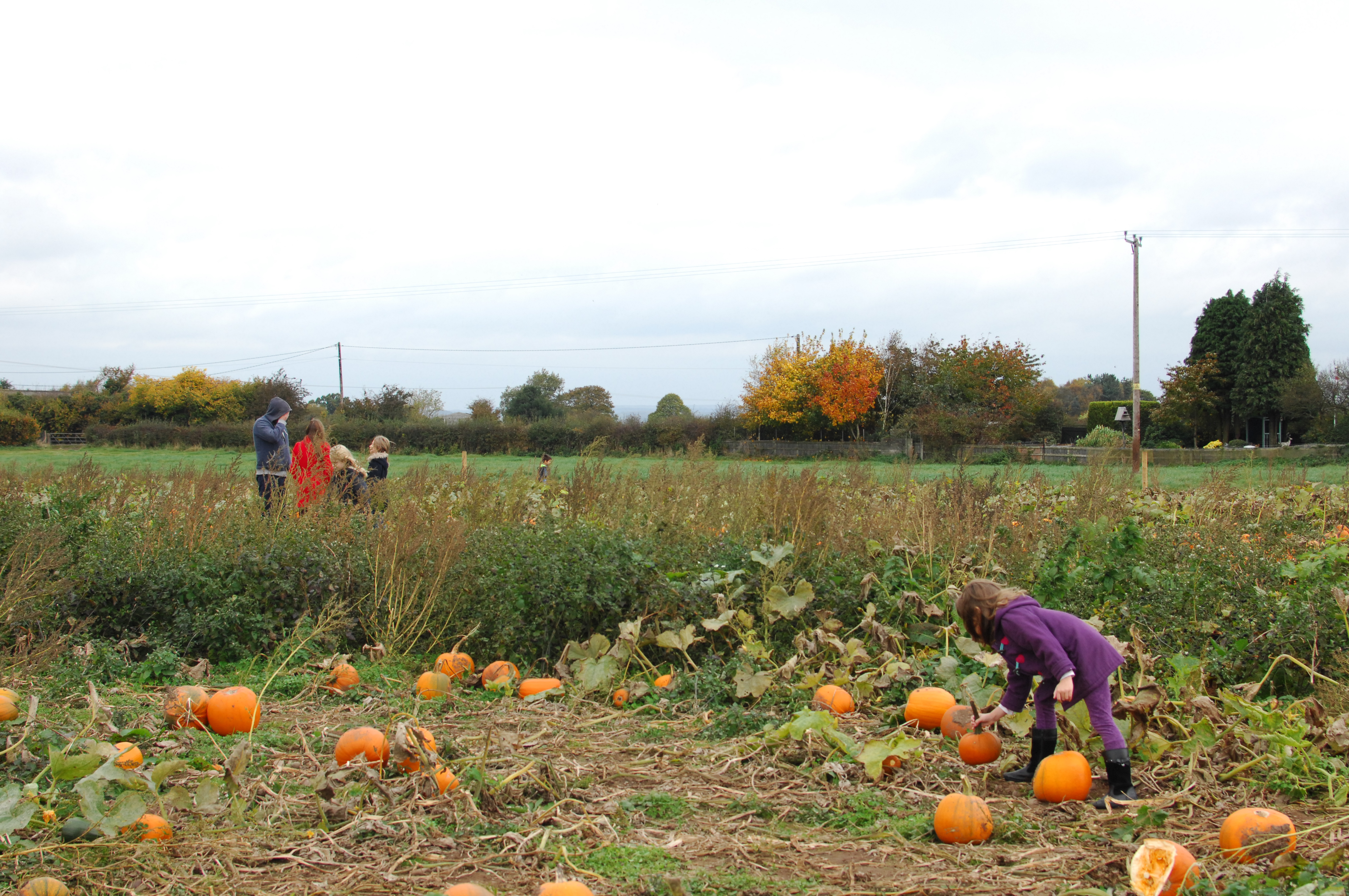 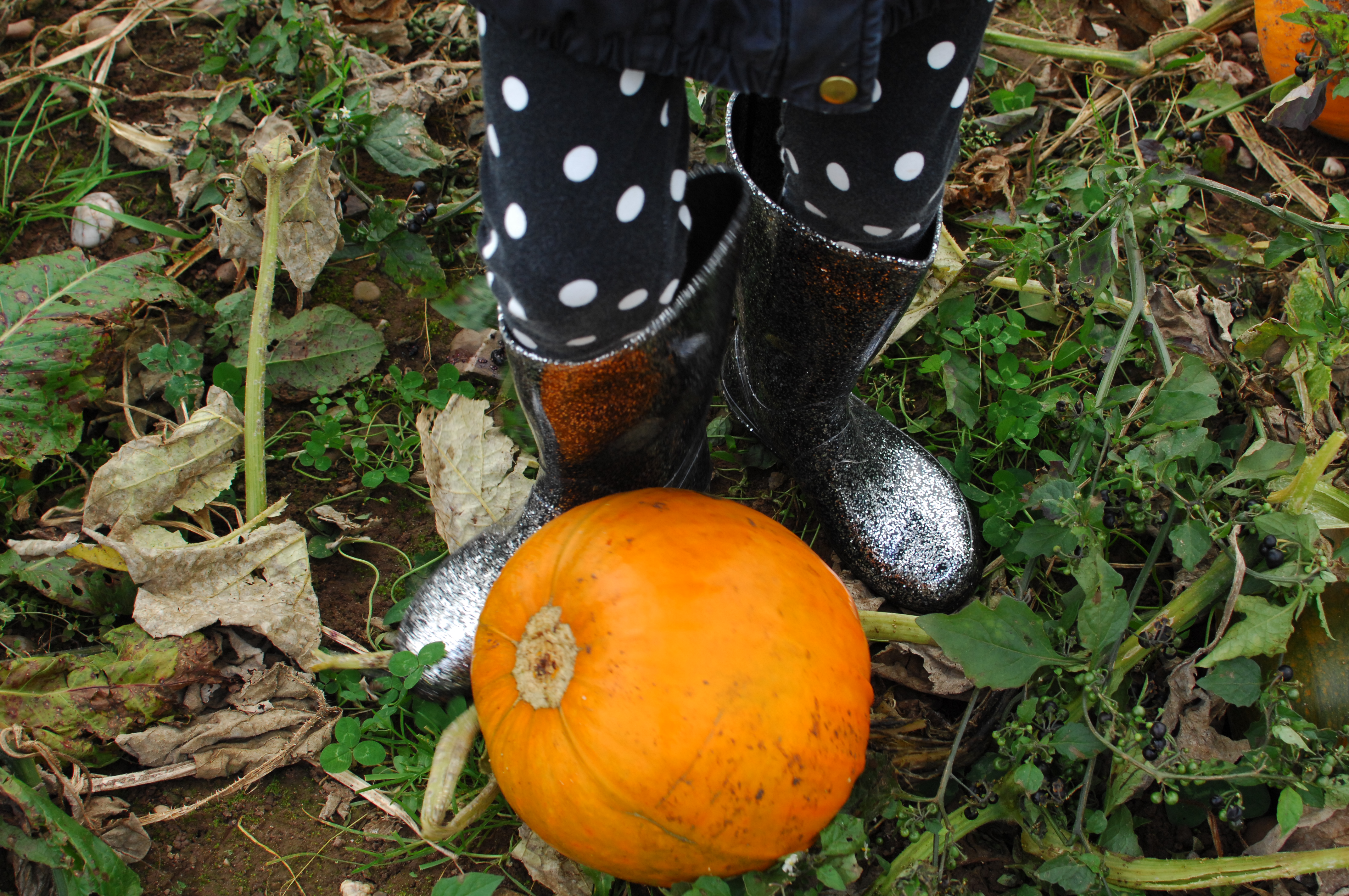 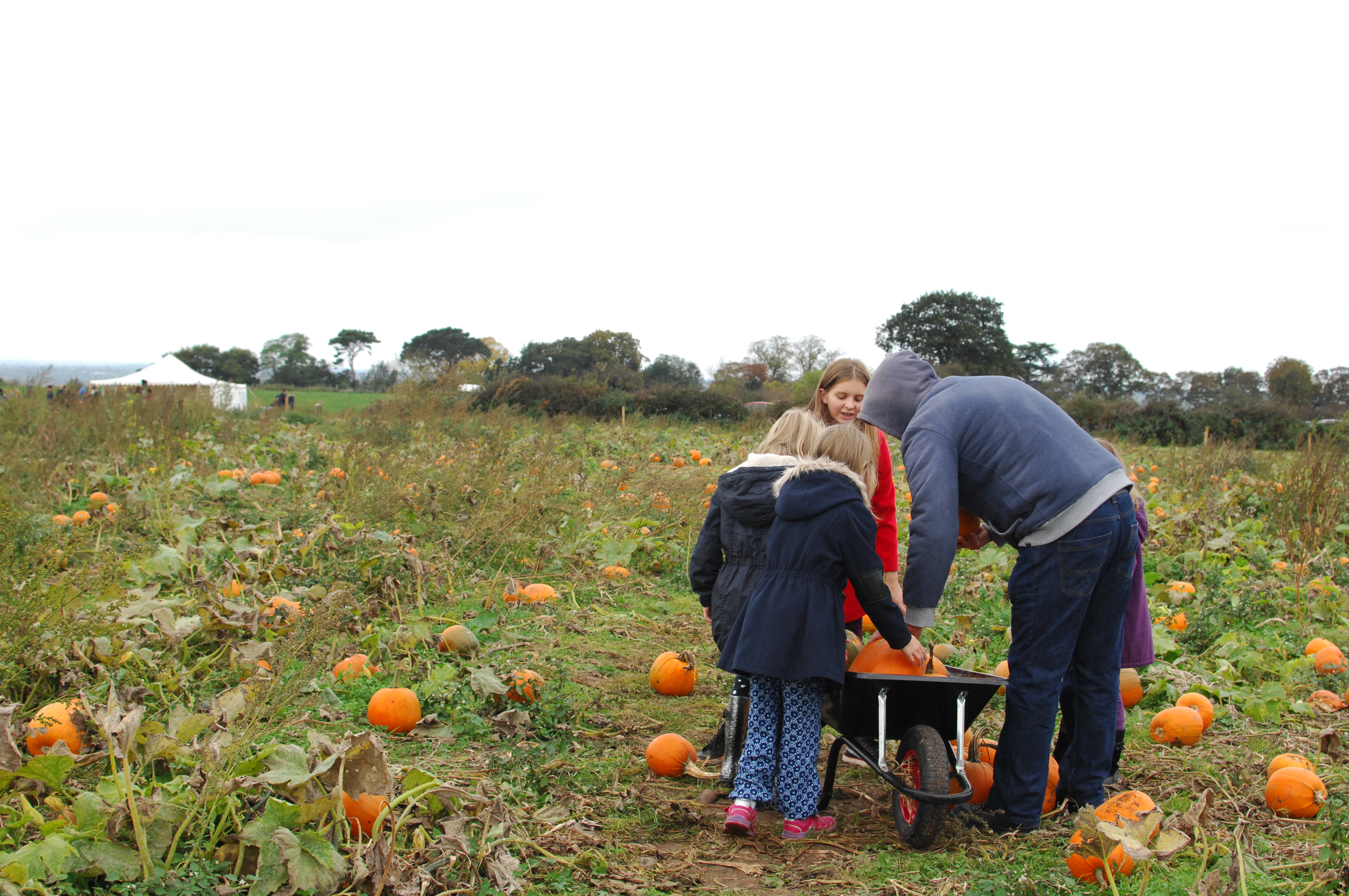 Once the wheelbarrow was full, it as time to whittle it down to the best ones! 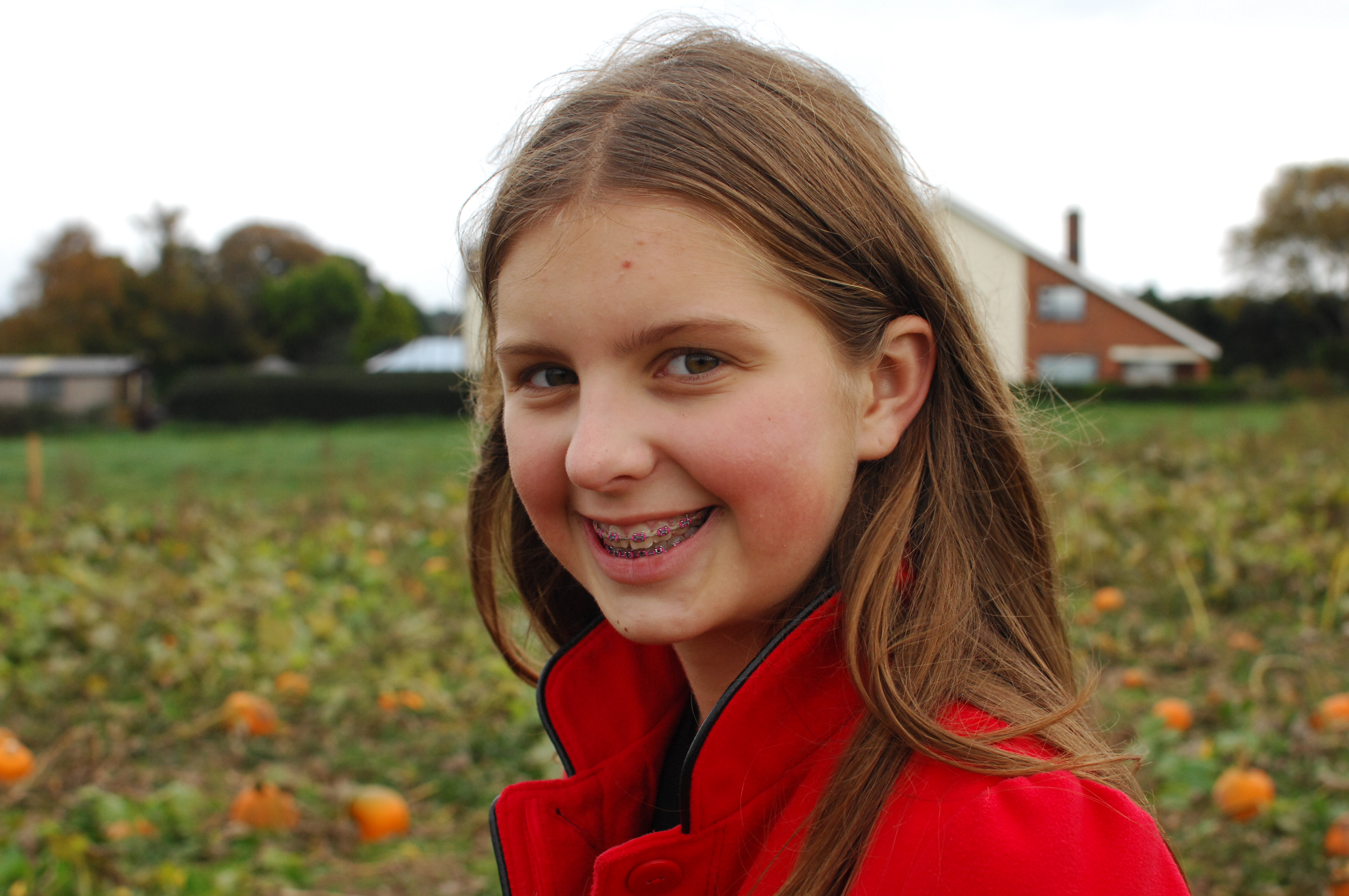 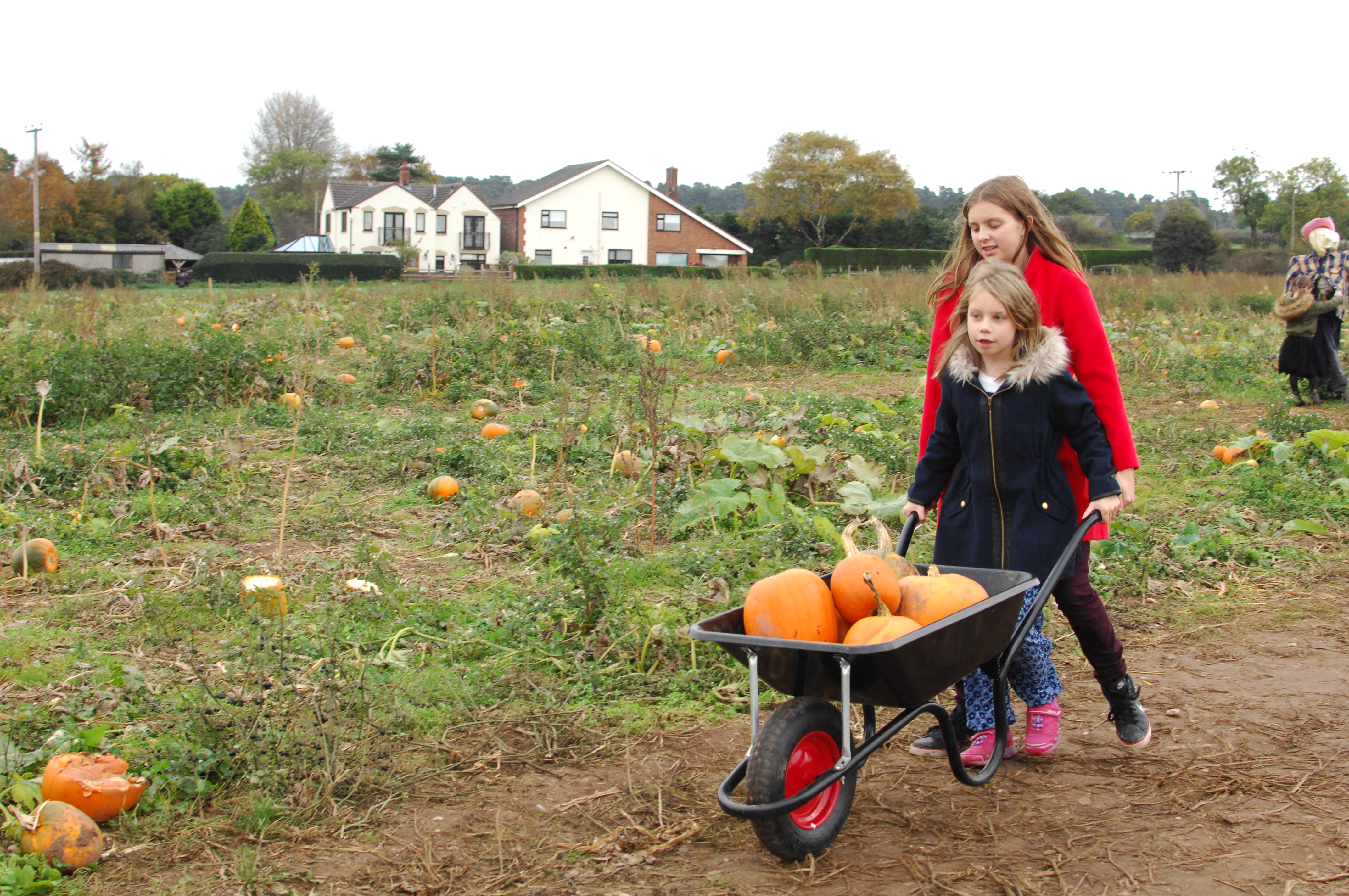 A little bit of help from her big sister 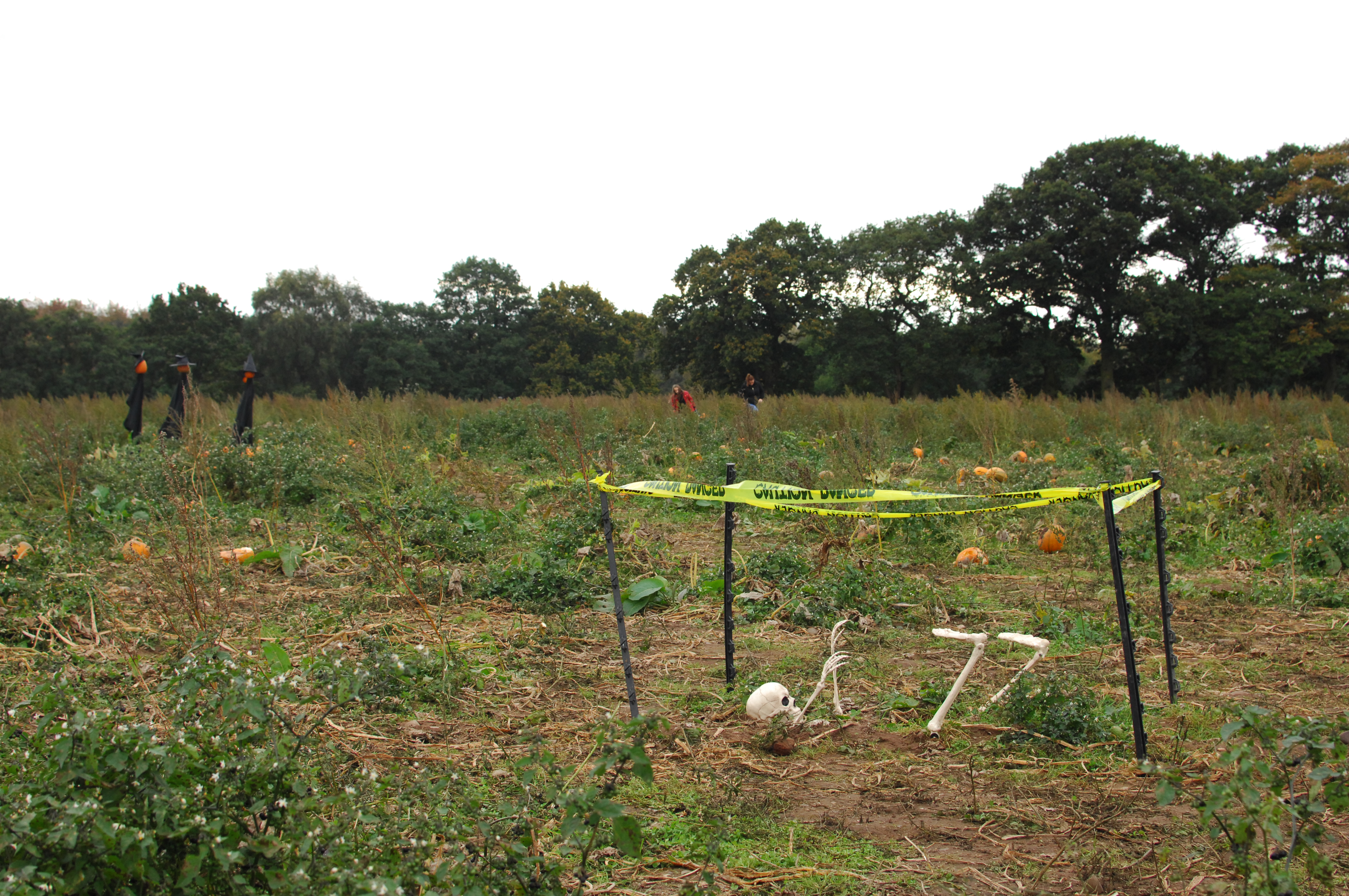 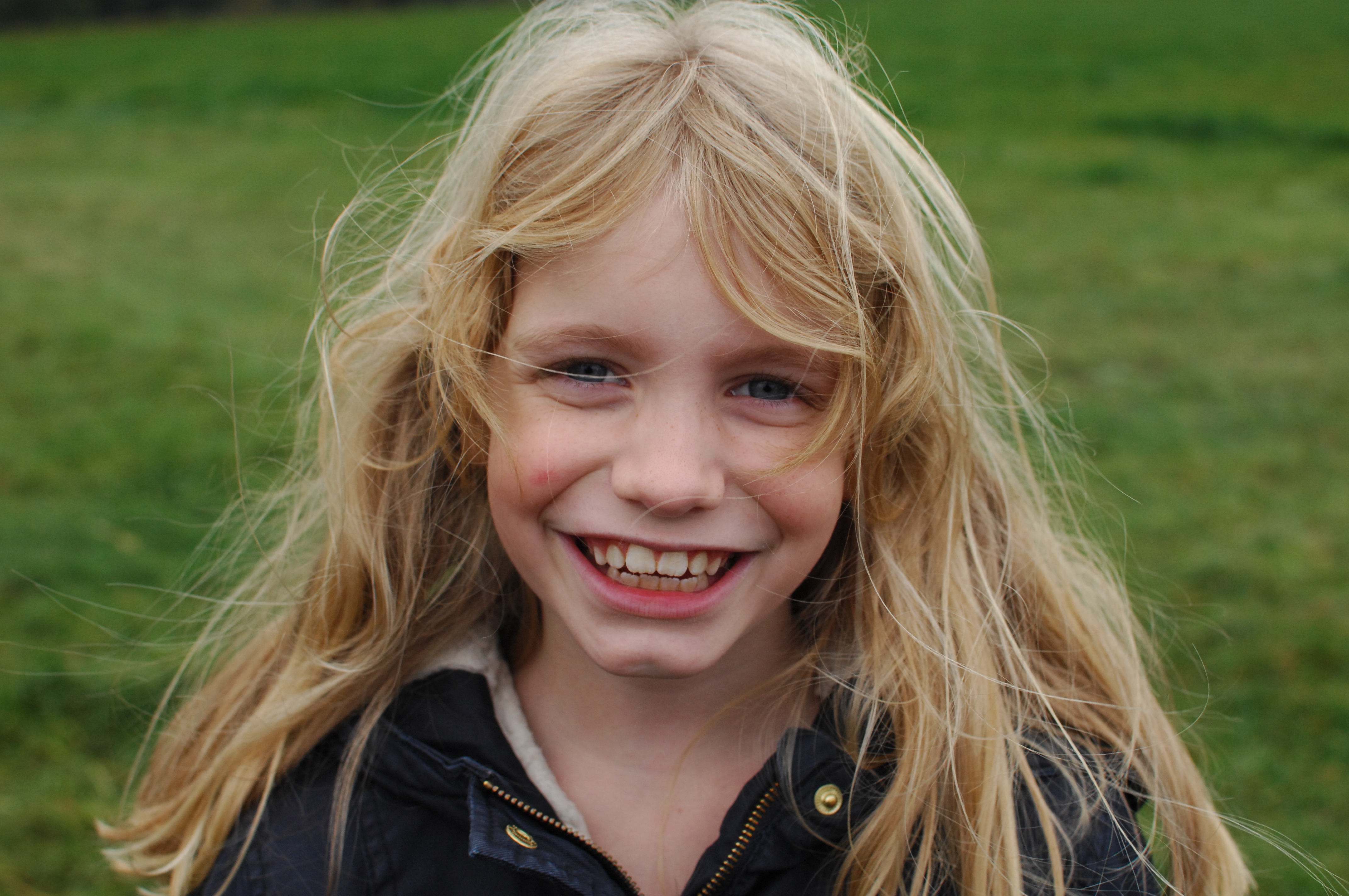 My little wild one 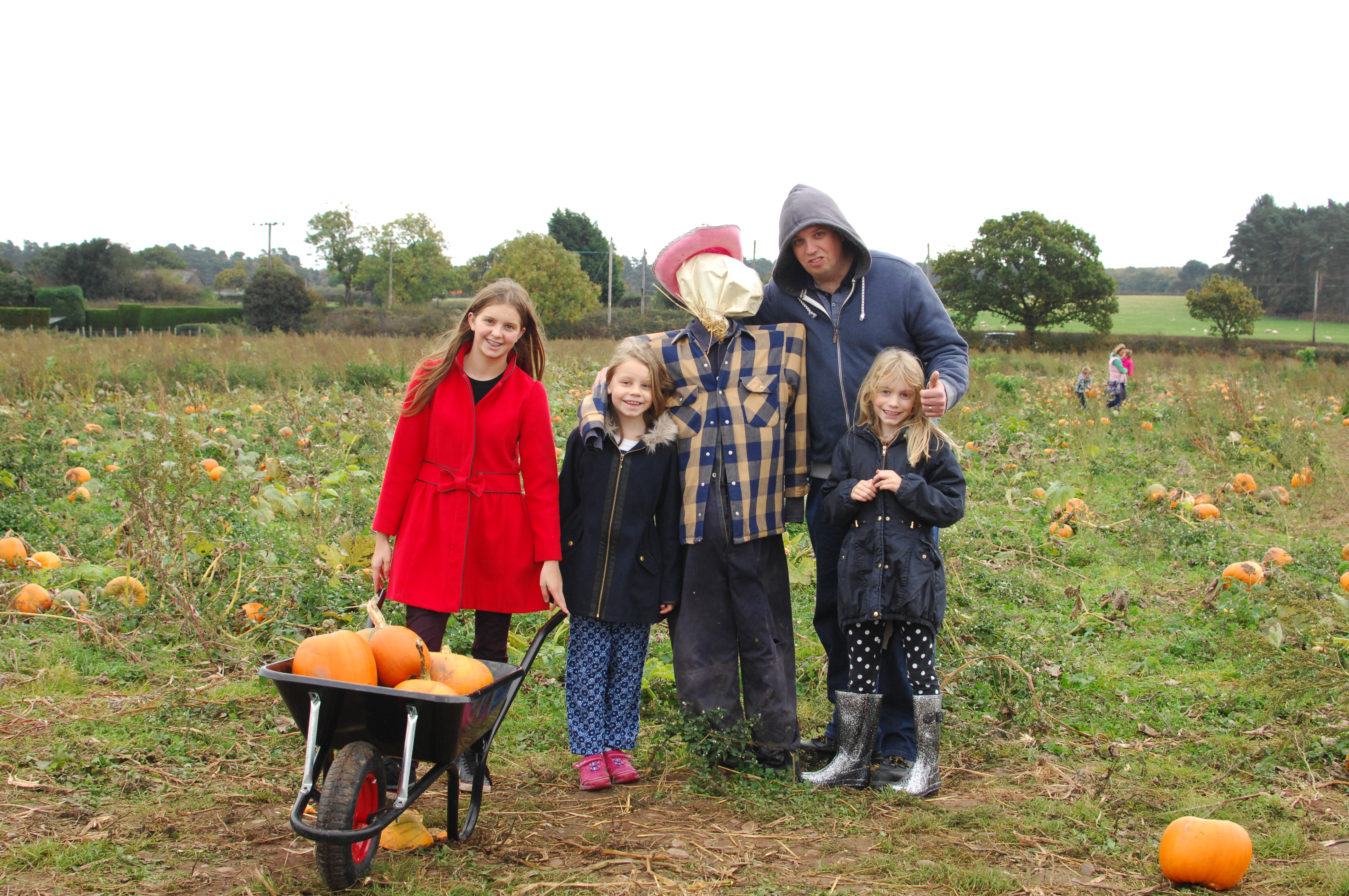 Family photo (minus Lola, who was in a strop!) with one of the scarecrows 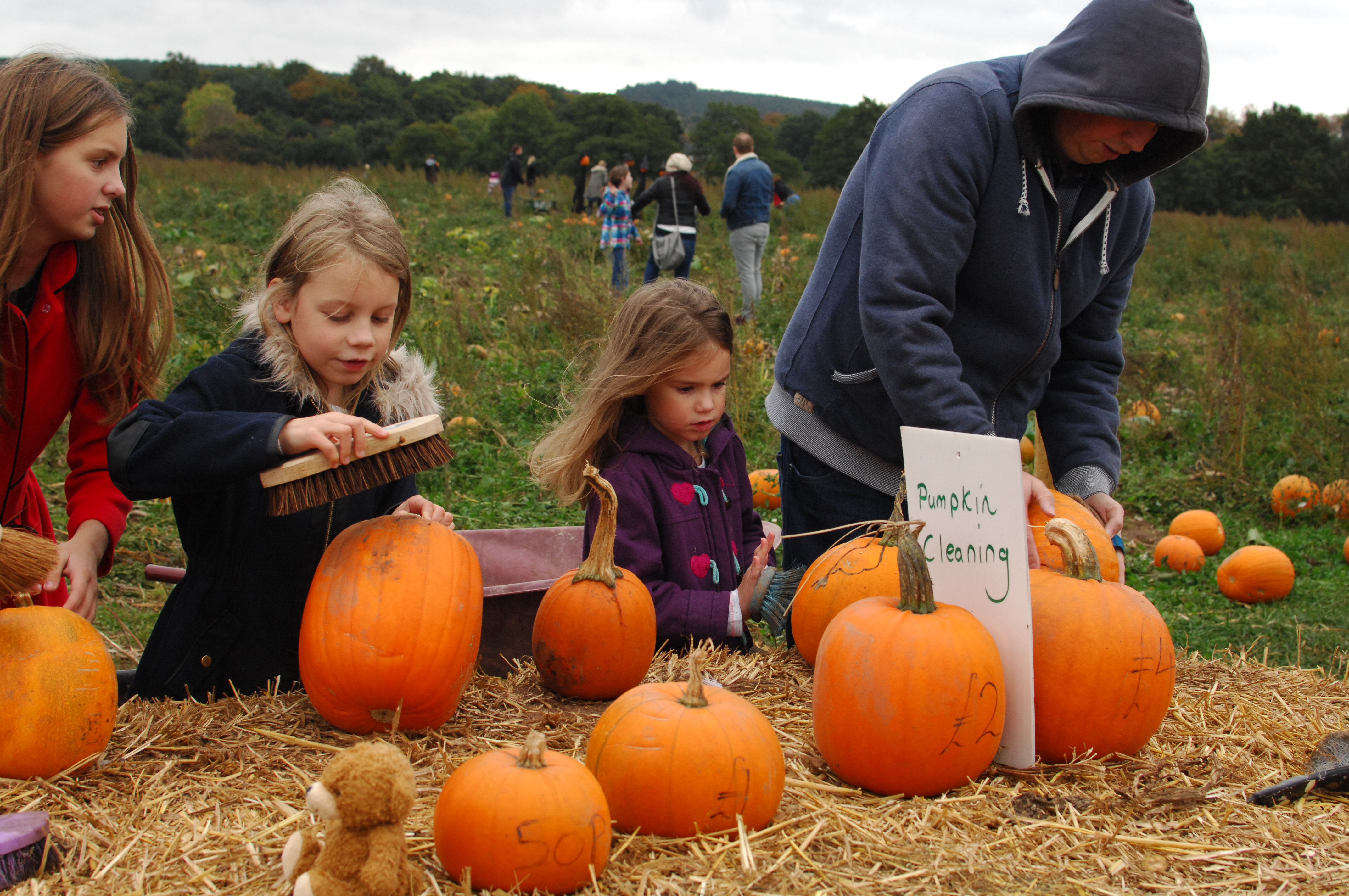 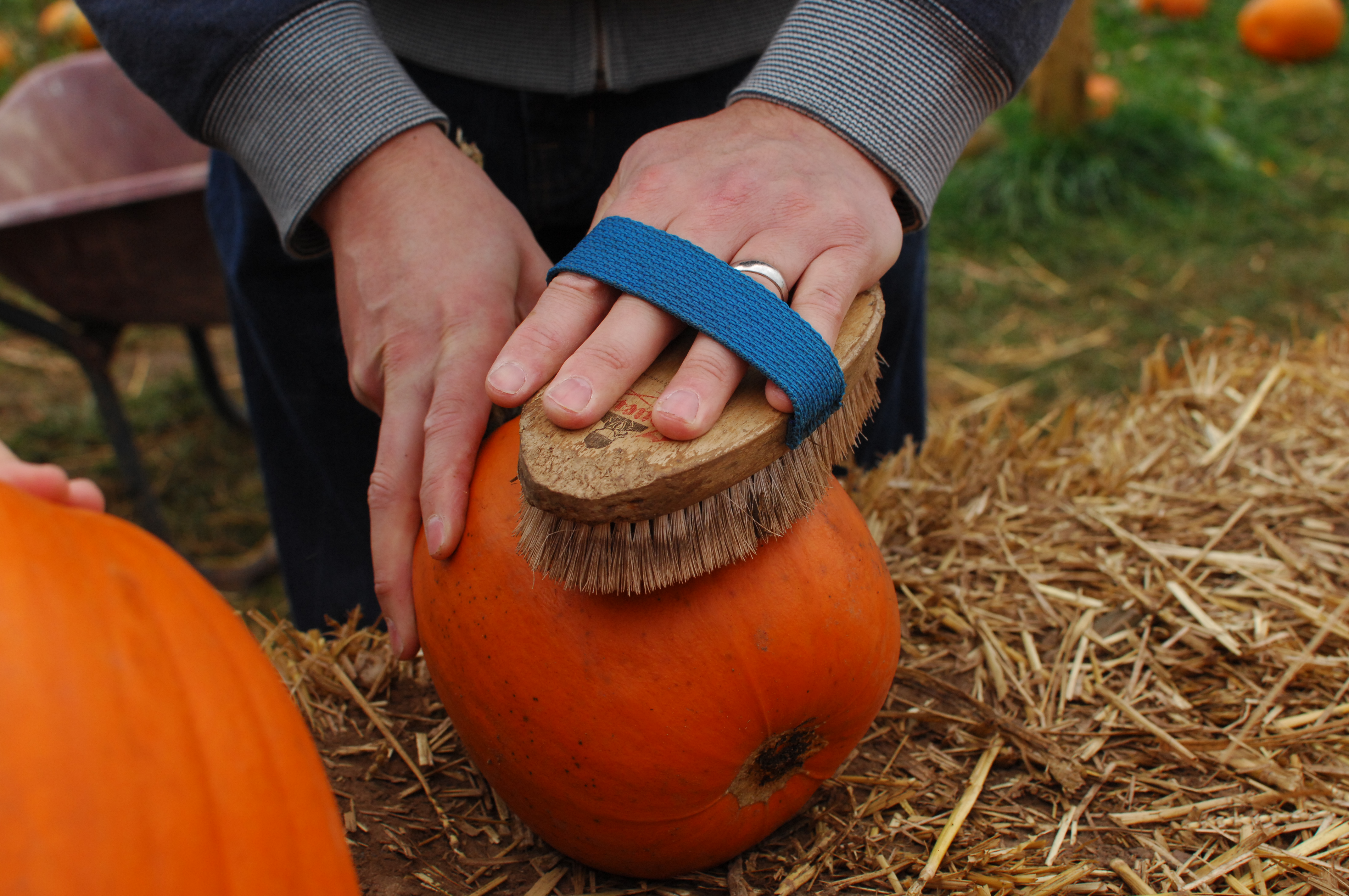 Catching sight of his wedding ring still gets me. Every. Single. Time. 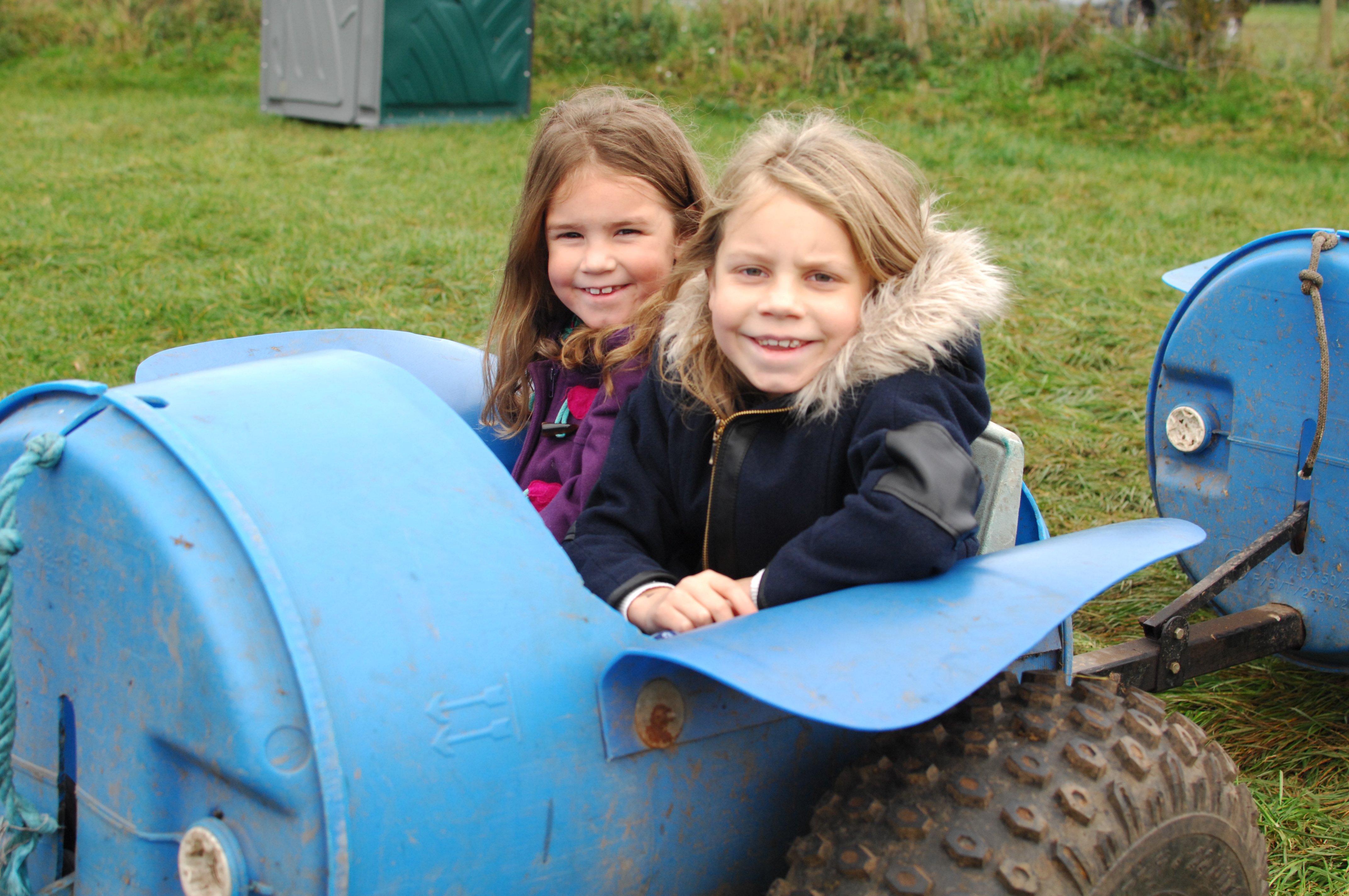 Ready and waiting for the barrel-train ride to begin 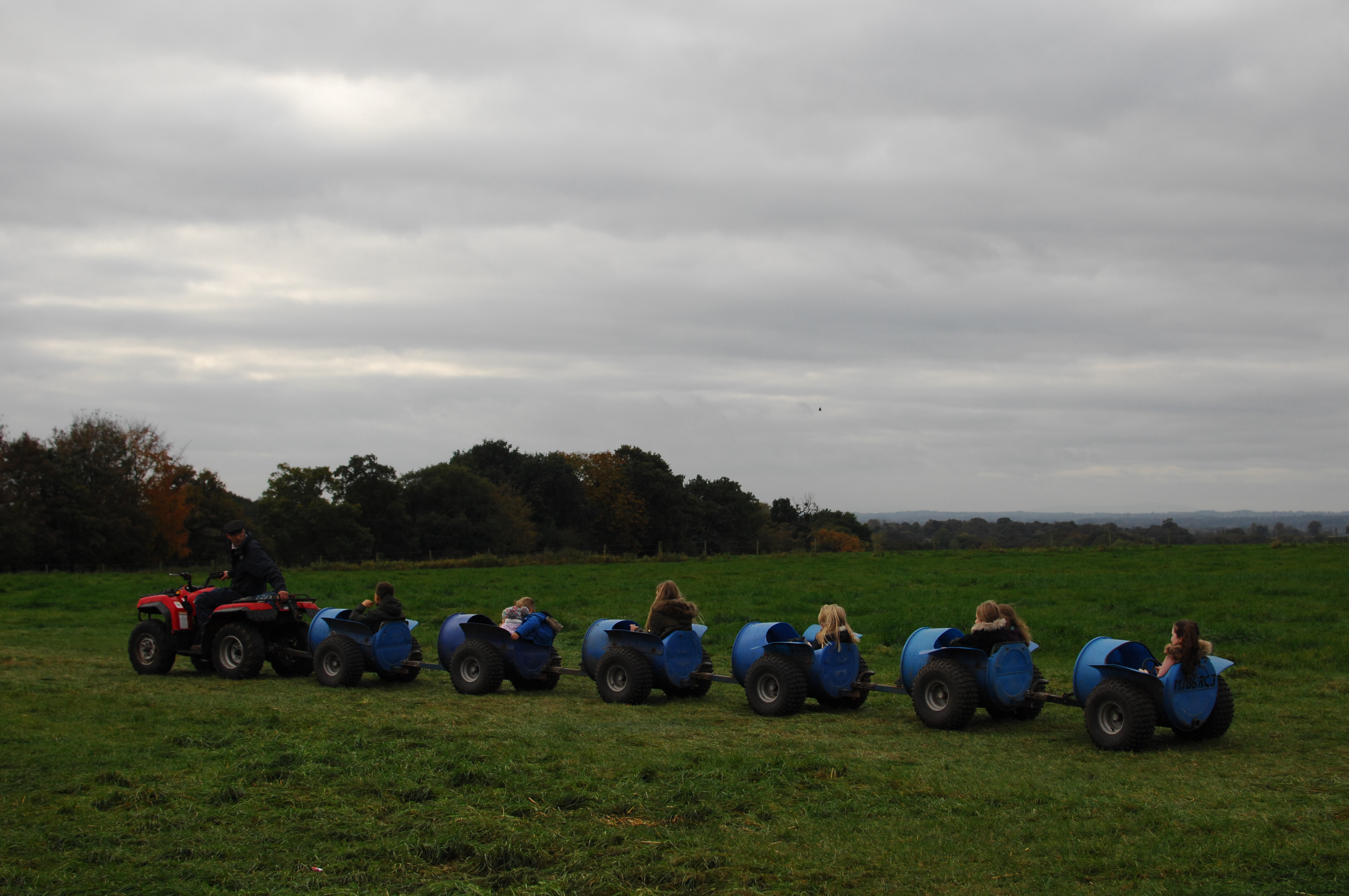 Of course, once we’ve chosen our pumpkin, the next part of the annual family tradition is to carve them.  There has been much talk around our kitchen table over the last couple of weeks about what design each daughter wants on her particular pumpkin.  I’ve lost count of the number of pieces of paper I’ve found dotted around the house covered in sketches of spooky faces and Halloween-y creations!

There is always lots of squealing and plenty of cries of “Eeeeeew, gross!” at the look and feel of it whilst spooning out the insides.  Then, once the main bit is done it’s usually my job to keep on scooping until the interior sides are smooth.  After that the pumpkins move down the makeshift production line to the husband for the actual carving part.

Sophie decided months ago that she wanted the  initials ‘HQ’ on her pumpkin – she’s a teeeeny bit obsessed with Harley Quinn from Suicide Squad at the moment! Ella chose to do ‘E+J’ (‘J’ being the initial of her ‘boyfriend’ in her class at school (!) ).  Mimi was determined to have her name on hers and Lola chose a clown face (*shudder*).  Plus of course we had to make one with a cat face for our own little Pumpkin!

Finally, after waiting patiently (or not so patiently, as the case may be!) for it to get dark enough outside, there is the ceremonial lighting of the finished pumpkins, followed by a cheer.  I think we’re all pretty pleased with how they turned out.  It’ll be fun in ten years time to look back at the photos from each year, to see the shift in the girls’ designs and how much they’ve all changed and grown themselves as the years have gone by.

And isn’t that just the point of family traditions?  To document the similarities and differences, the things that remain the same and the things that change, keeping track of who we are at these particular moments that become intertwined with and entangled in and connected to the very core identity of who we are within our little family unit. 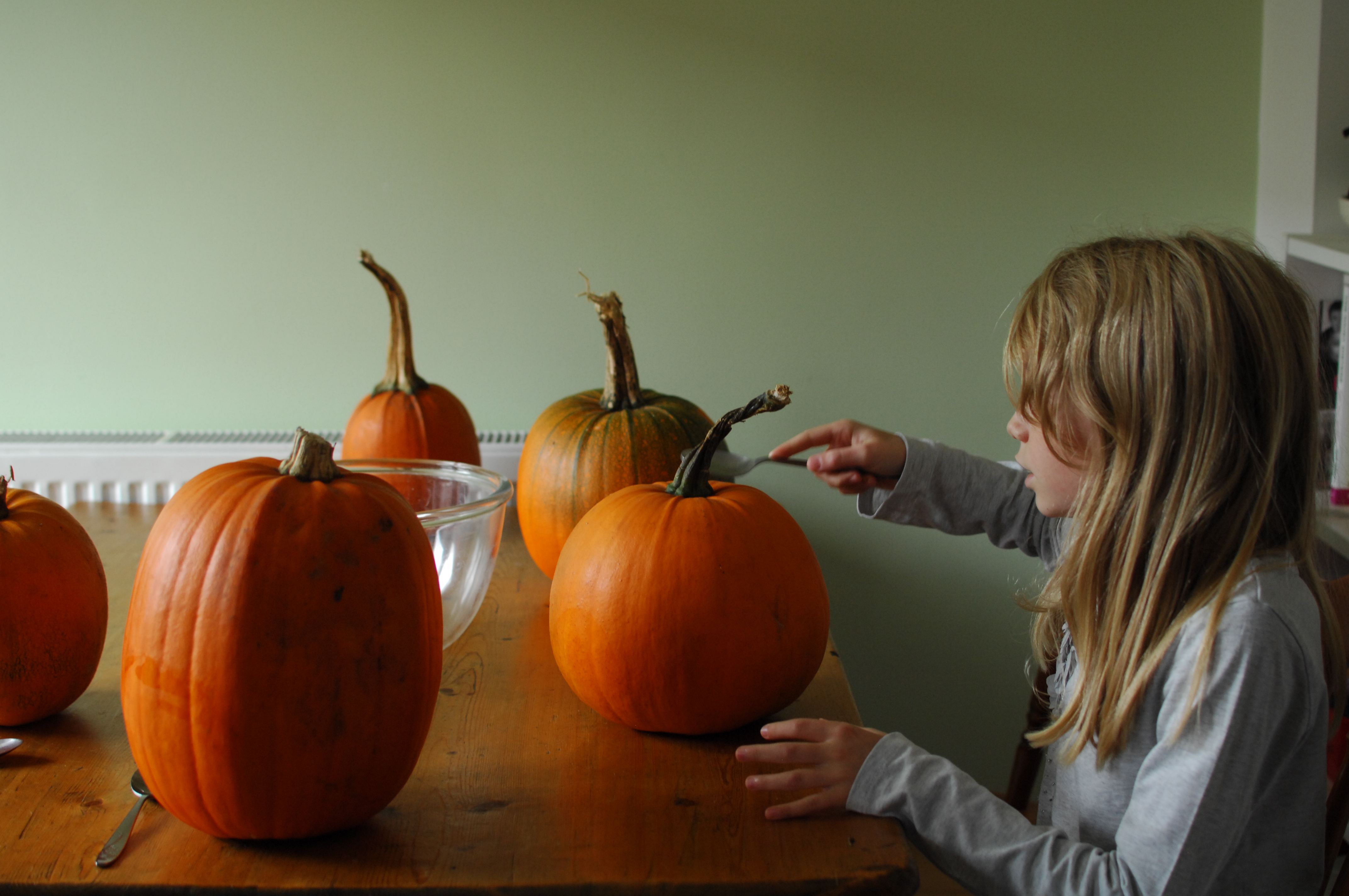 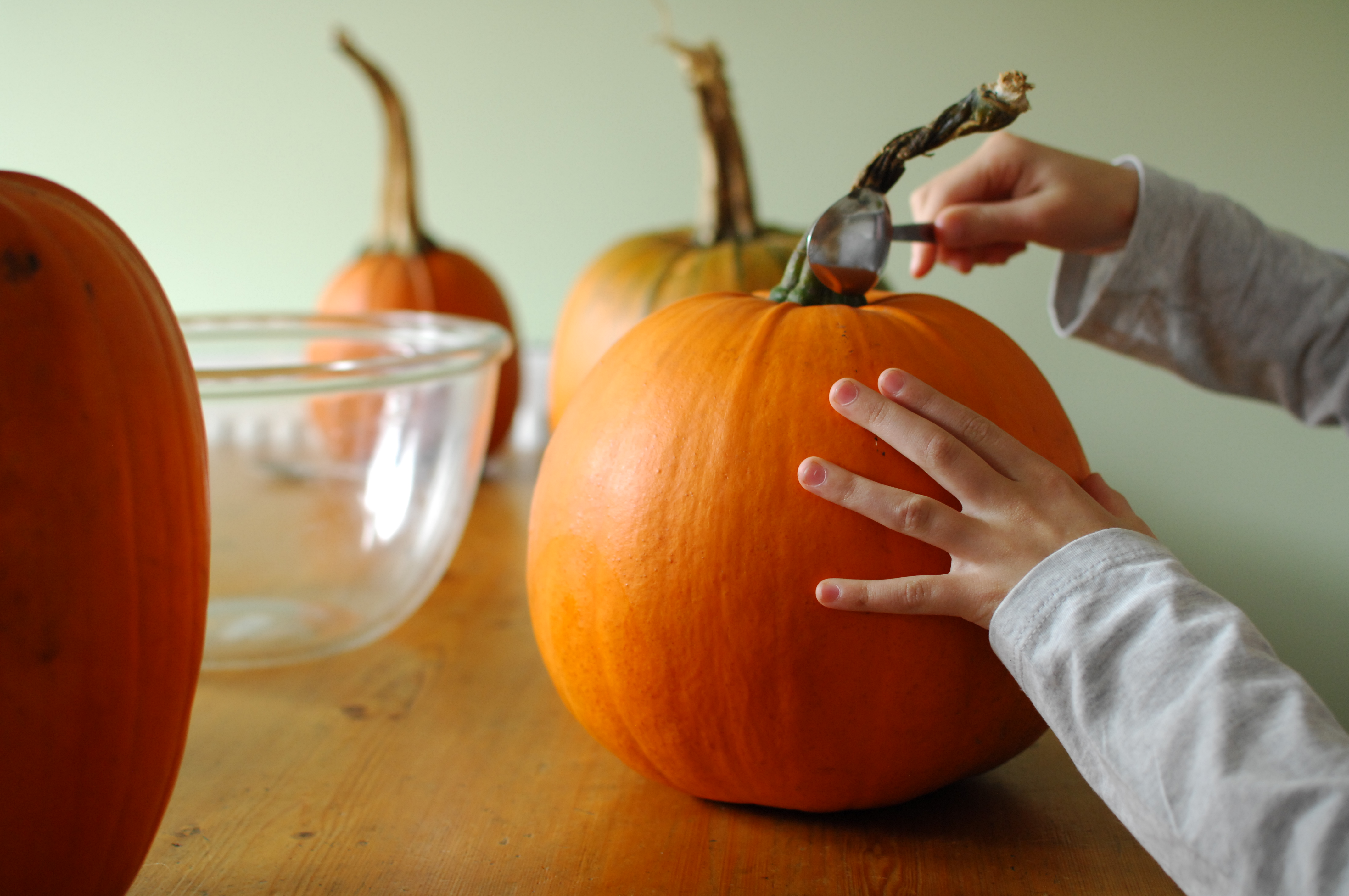 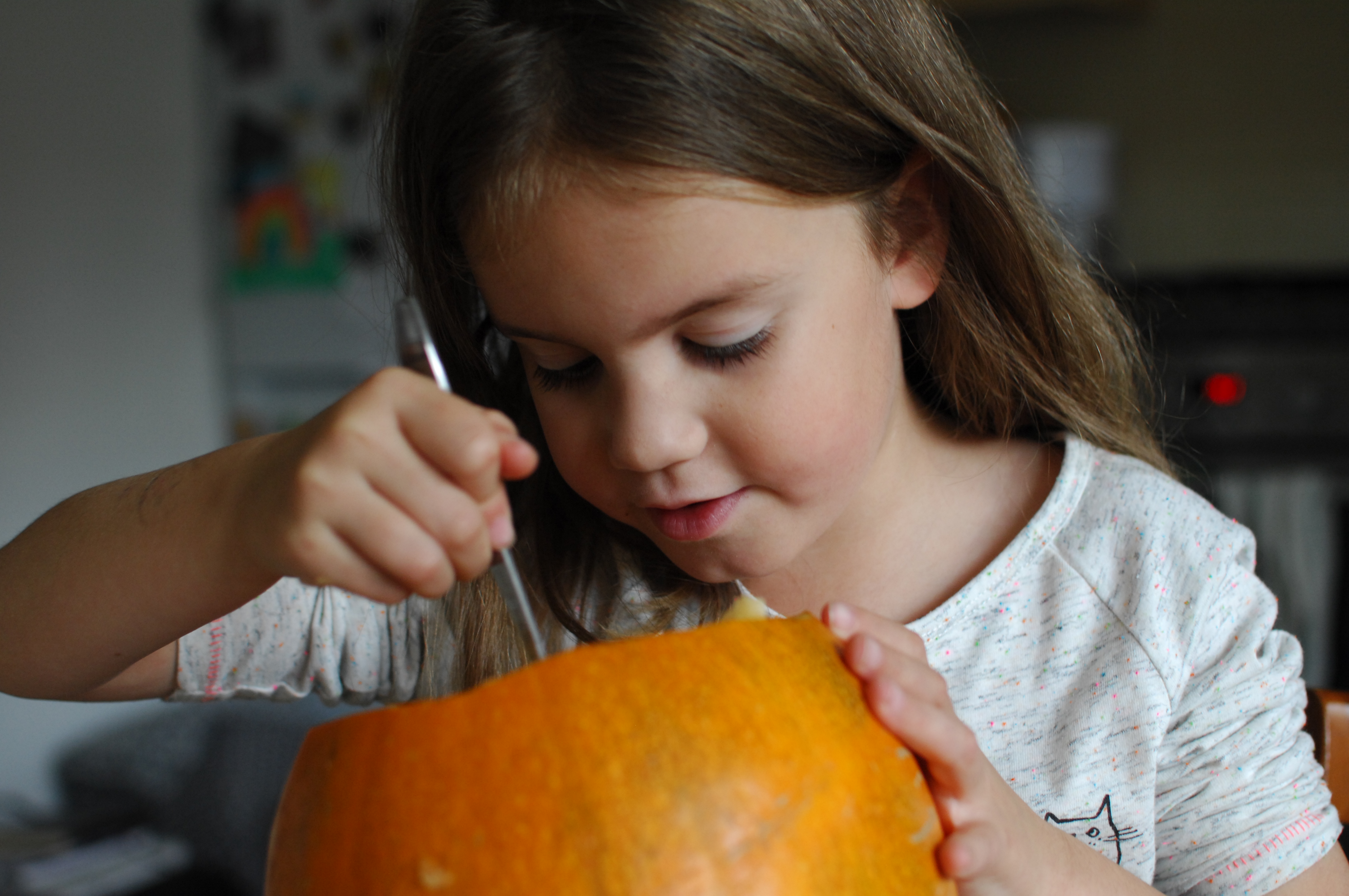 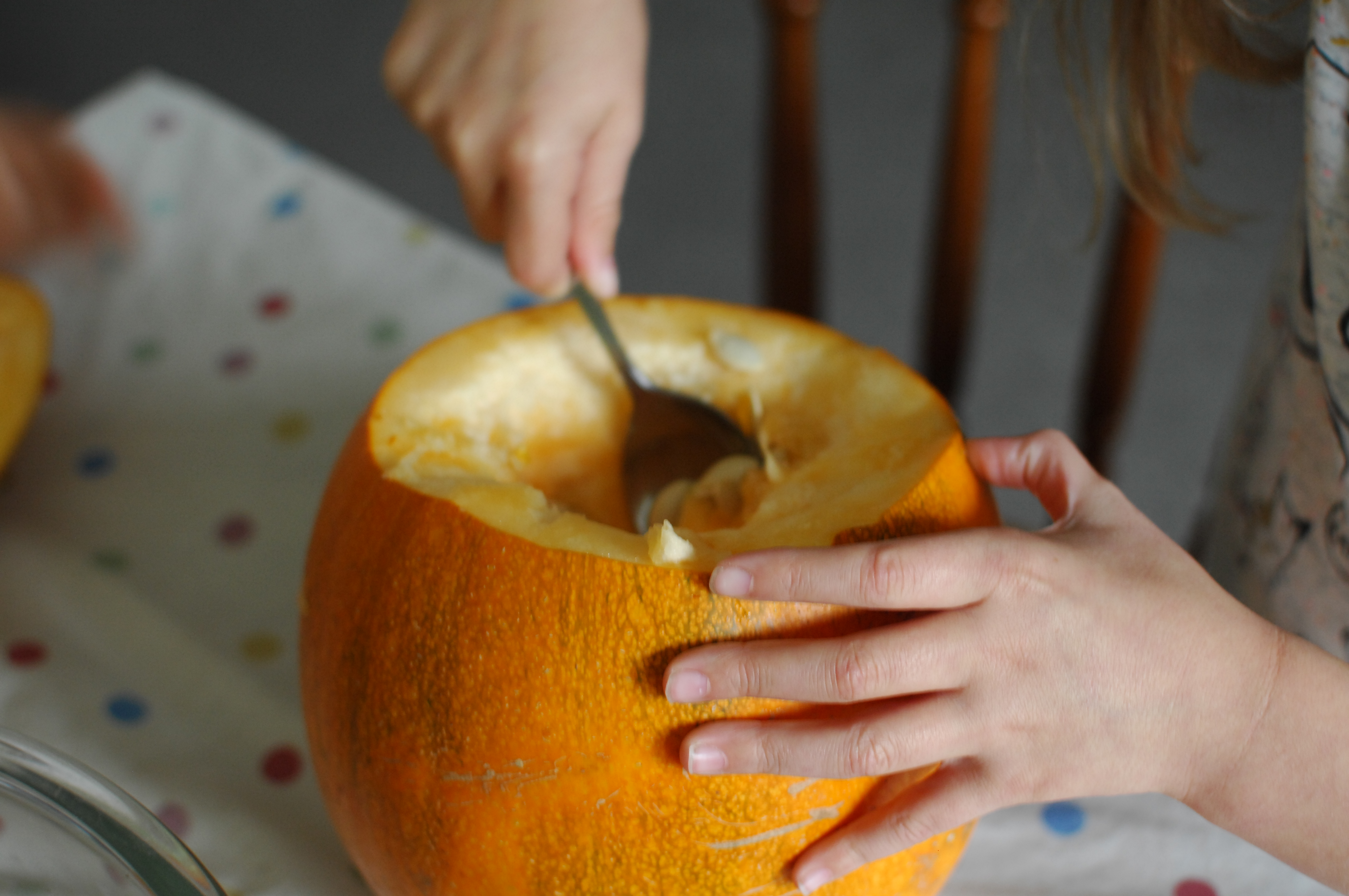 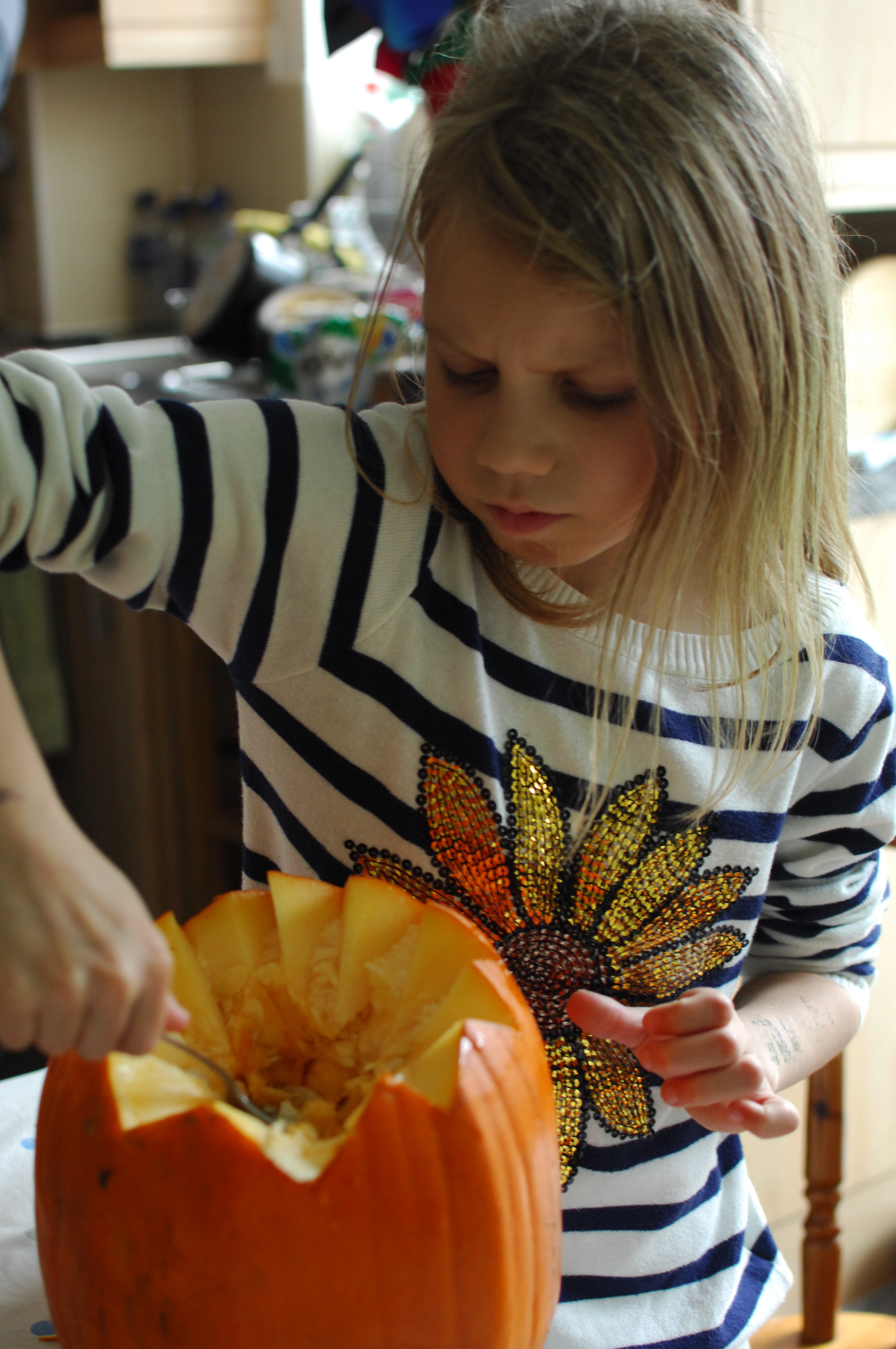 Wrinkling her nose at the smell! 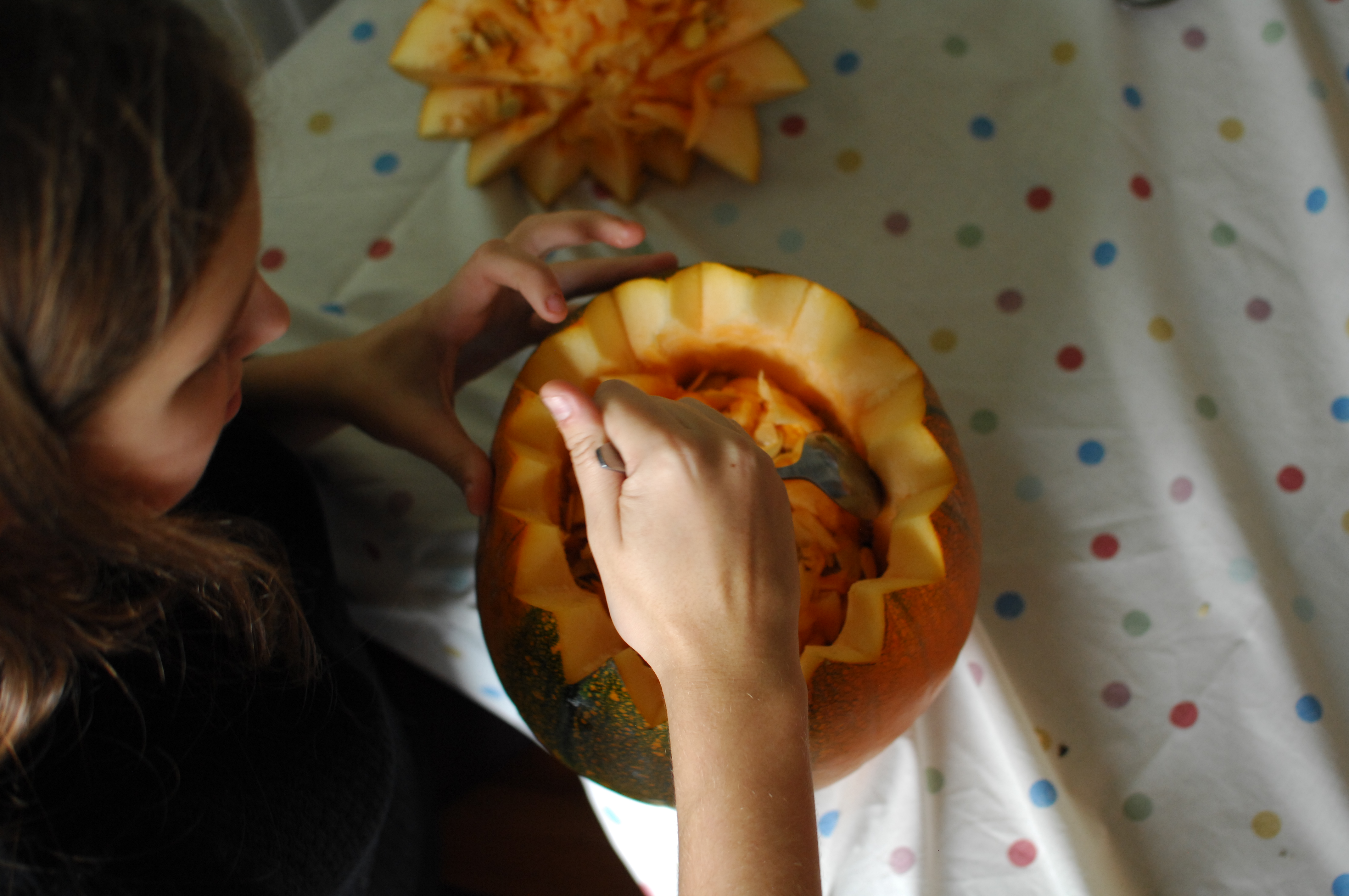 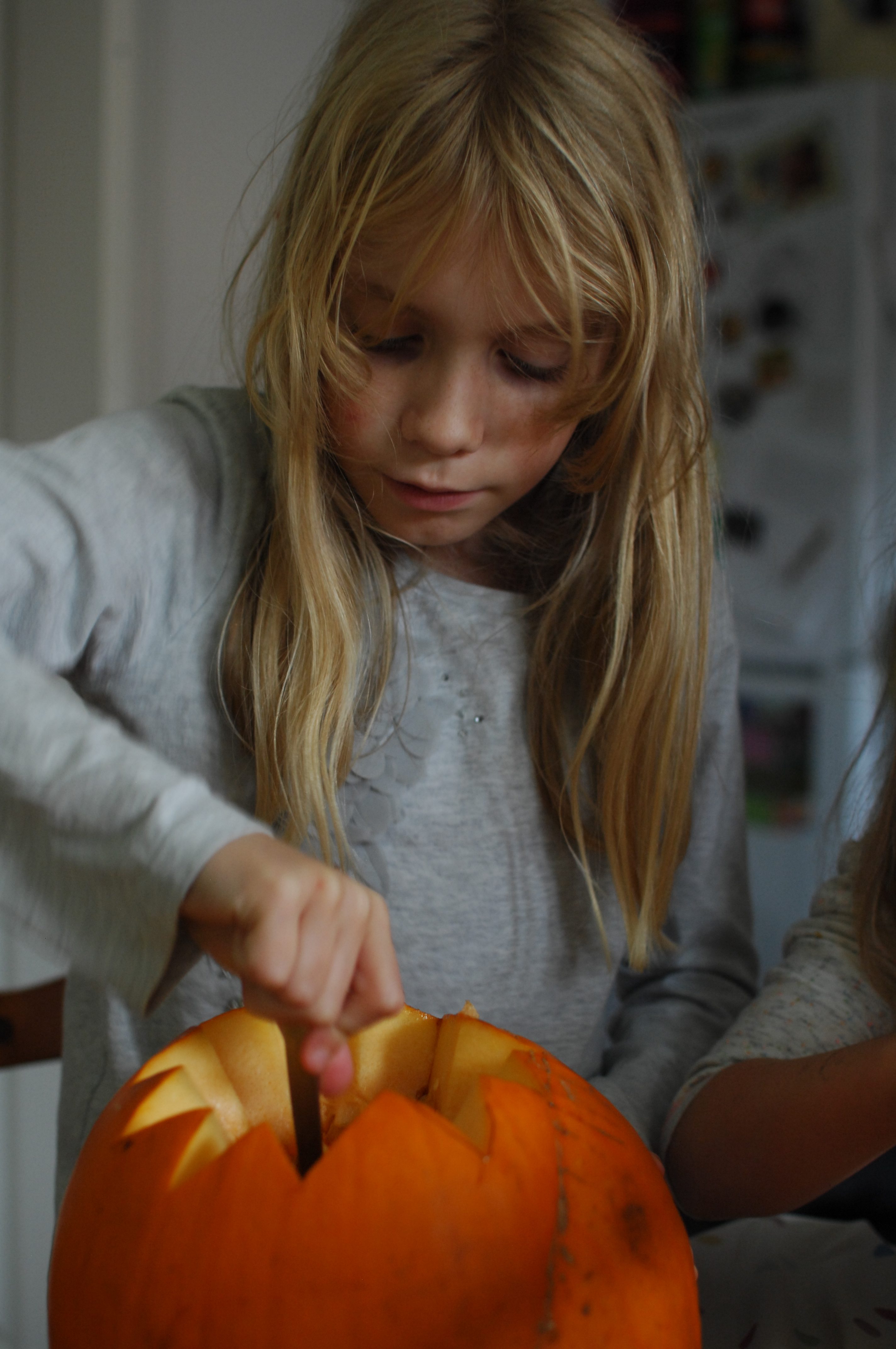 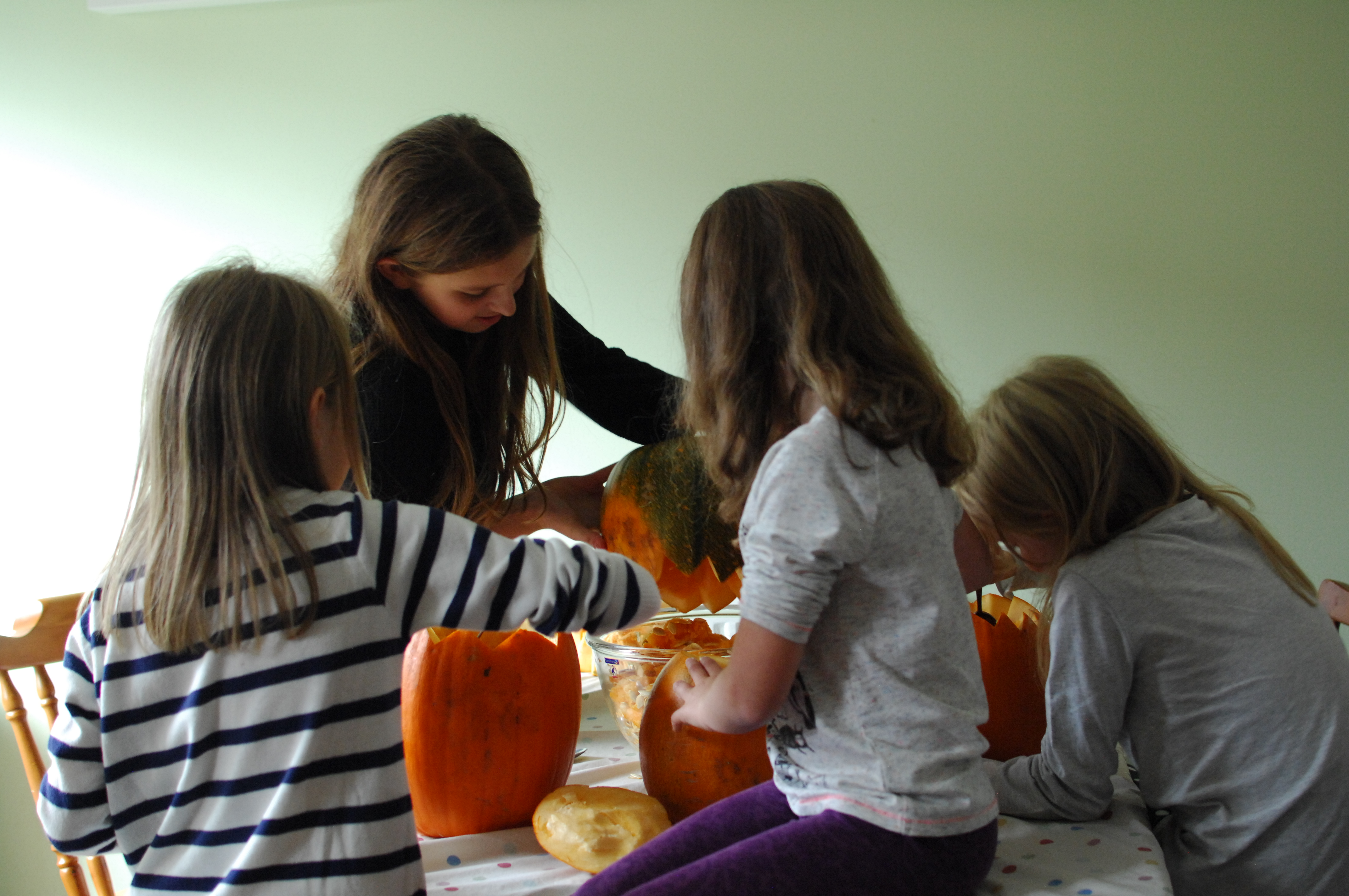 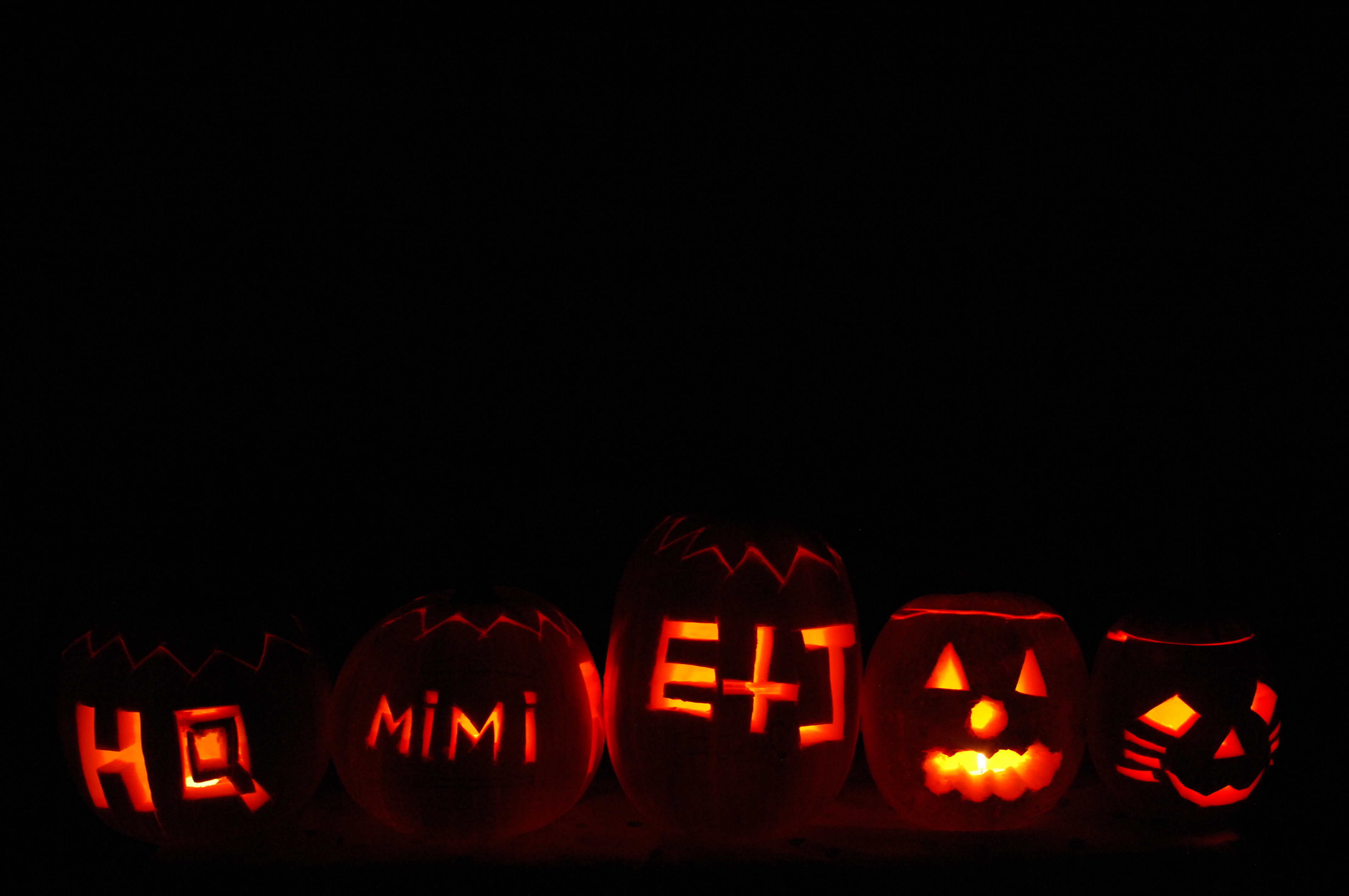 My First Ever Photoshoot: Claire

This post, all about Animal Kingdom and Disney Springs, is Part Five in a travel diaries series about our trip to Walt Disney World…