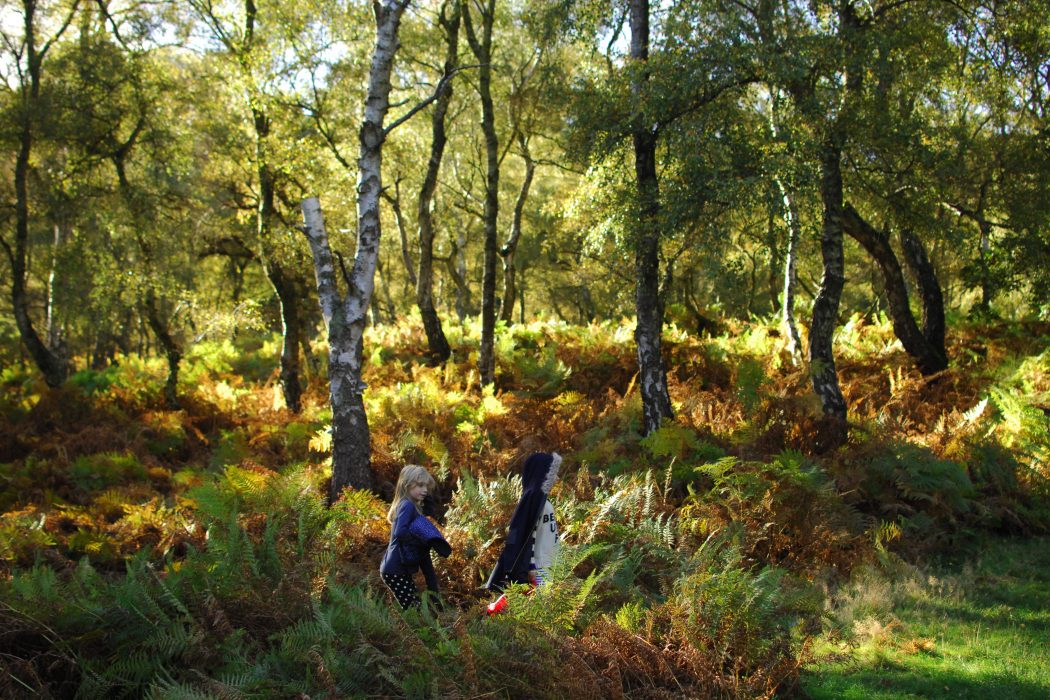 “Two roads diverged in a wood and I, I took the one less travelled by.  And that has made all the difference”.  Robert Frost

I’ve written a few times about how much we love Cannock Chase forest, which we are lucky enough to have right on our doorstep, and we often head up there on a Sunday for a long family walk together.  We tend to stick to the same route each time – we know it’s long enough to tire the girls out without being so long that they complain about aching legs (well, not too much anyway).  We know what fun things there are to see and do along the way and we know roughly how long it takes to do the route.  It’s comfortable and familiar I guess.

A couple of Sundays ago the sun was shining (again!  October – you have really been spoiling us with all this gorgeous, mild weather) but I was itching to do something a bit different.  I do enjoy safe and easy and familiar (who doesn’t?) but every so often I get an unshakeable urge to explore somewhere new, even if it is just a variation of a theme – sometimes a change is as good as a rest, right?

So we headed for The Punchbowl instead of the Stepping Stones, and set off expectantly, not really knowing where we were going, how long we were going to be, or what we might see along the way.  As it turns out, the trail actually led us to the Stepping Stones from the other side!  So not really that different at all, though Ella and Mimi LOVED going completely off the trail and pushing their way through all the bracken and ferns, pretending they were explorers in a forgotten kingdom.  We did also take a small detour up to Mere Pool, which links up with another trail we like to do that starts from Milford Common.  It’s a real maze of interconnecting pathways up there – I know we’ve really only just begun to scratch the surface of what there is to discover.  I can’t wait to find out what else we come across in future expeditions that we have together.

Getting the girls out and about in nature is really important to me – they spend so much time sat down in classrooms all week and, while I try to limit screen-and-TV-time as much as possible, it’s inevitable that they’ll be in front of one or the other for at least a small part of each day (and, admittedly, sometimes for a much longer time than they should).  To counteract this I think it’s vital that they get outdoors as much as possible – getting muddy and climbing trees and problem-solving by having to find their own way around obstacles.  The girl’s school abandoned afternoon playtime during the last school year and now this term there is a new rule that children have to go straight into their classrooms upon arrival in the morning, so now they have even less time outdoors.  I’m really not happy about it.  They have introduced Forest School, which is a definite positive, but I still don’t think it’s enough.  Which is why I try and get them outside and moving as often as possible at weekends.

Anyway, here are a few images from our walk, which I absolutely love. 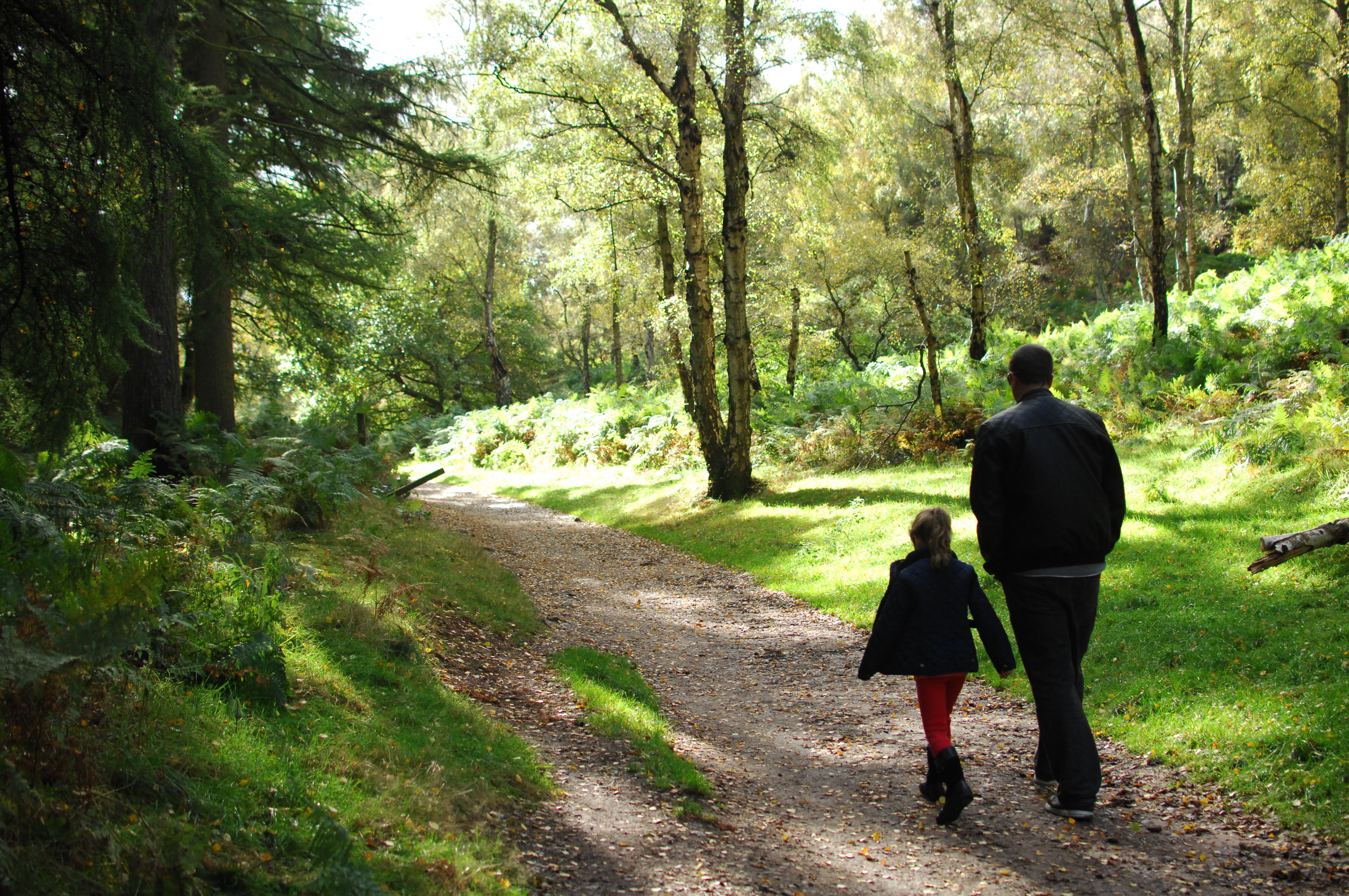 Having a Daddy/daughter chat 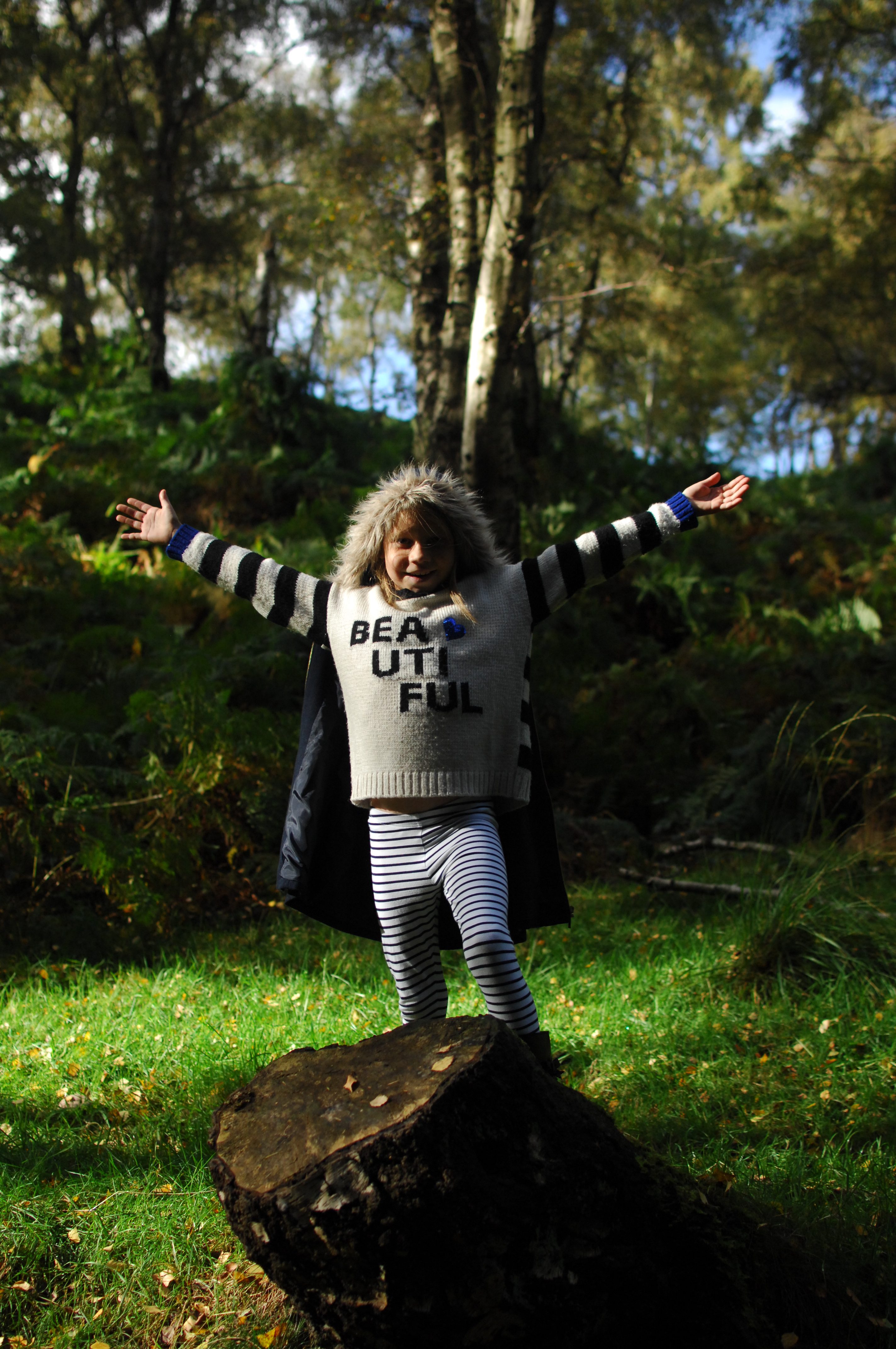 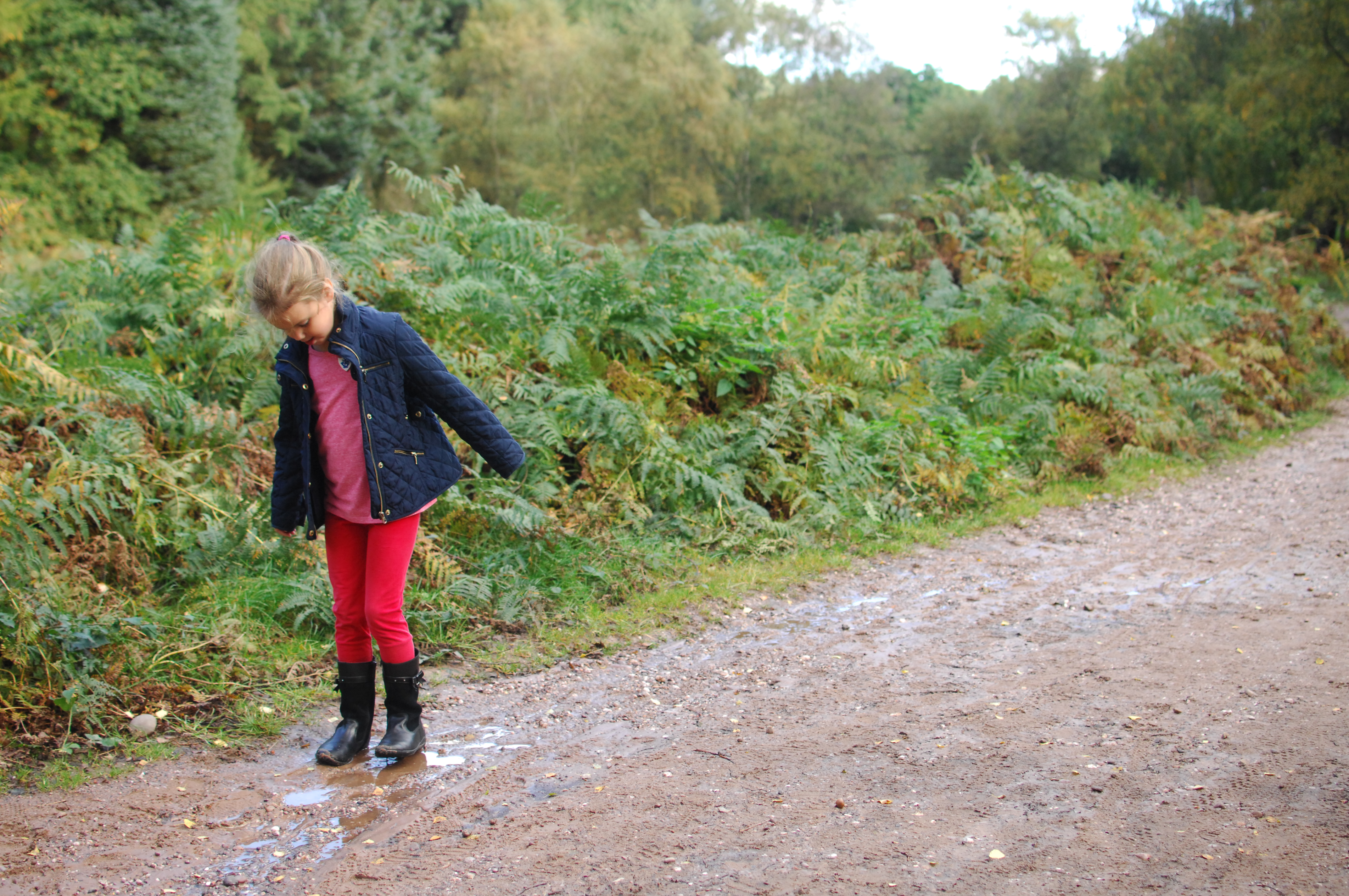 The ONLY puddle on the entire trail, so of course she wanted to jump in it 🙂 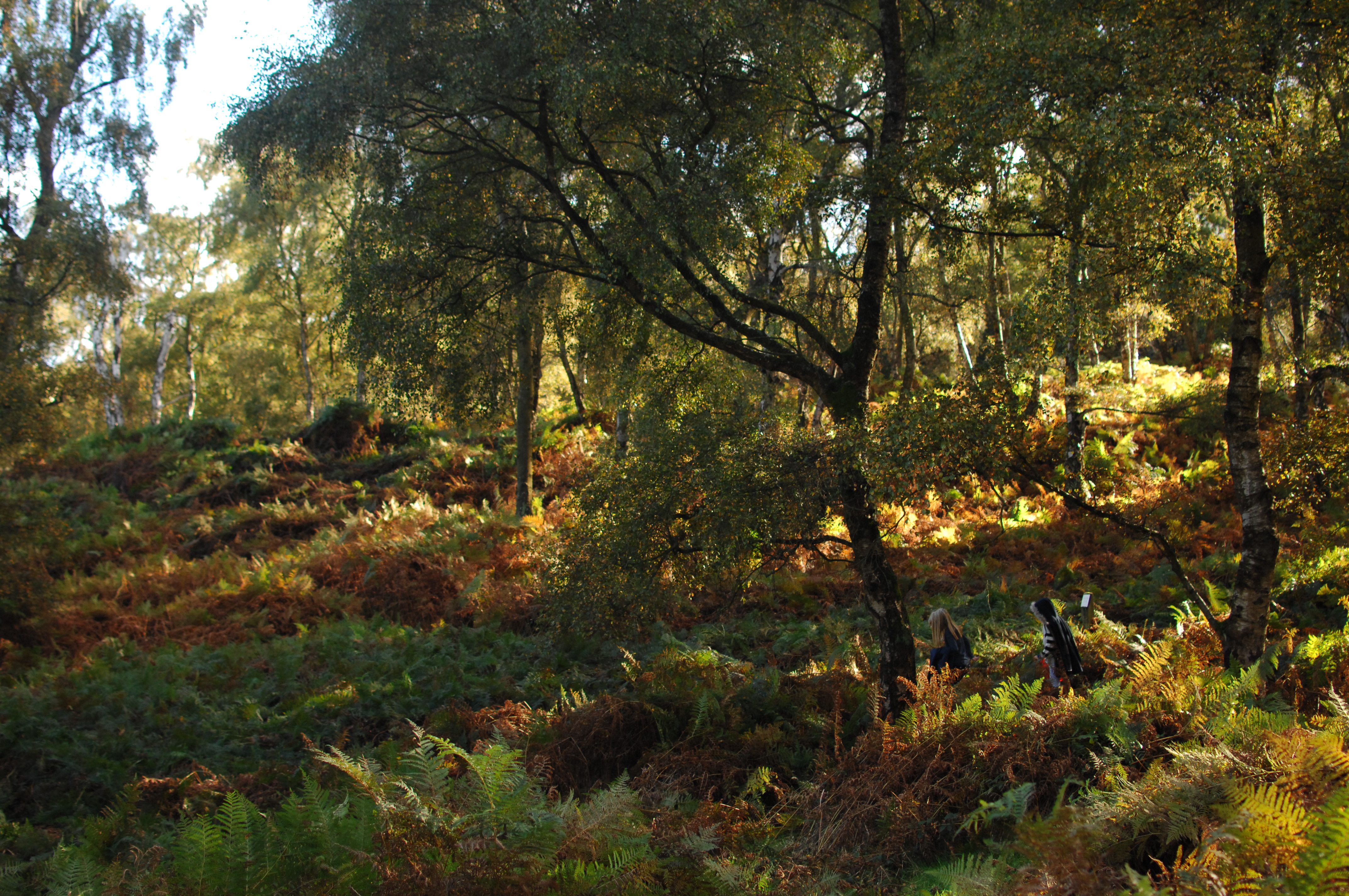 Intrepid explorers pushing through the undergrowth… 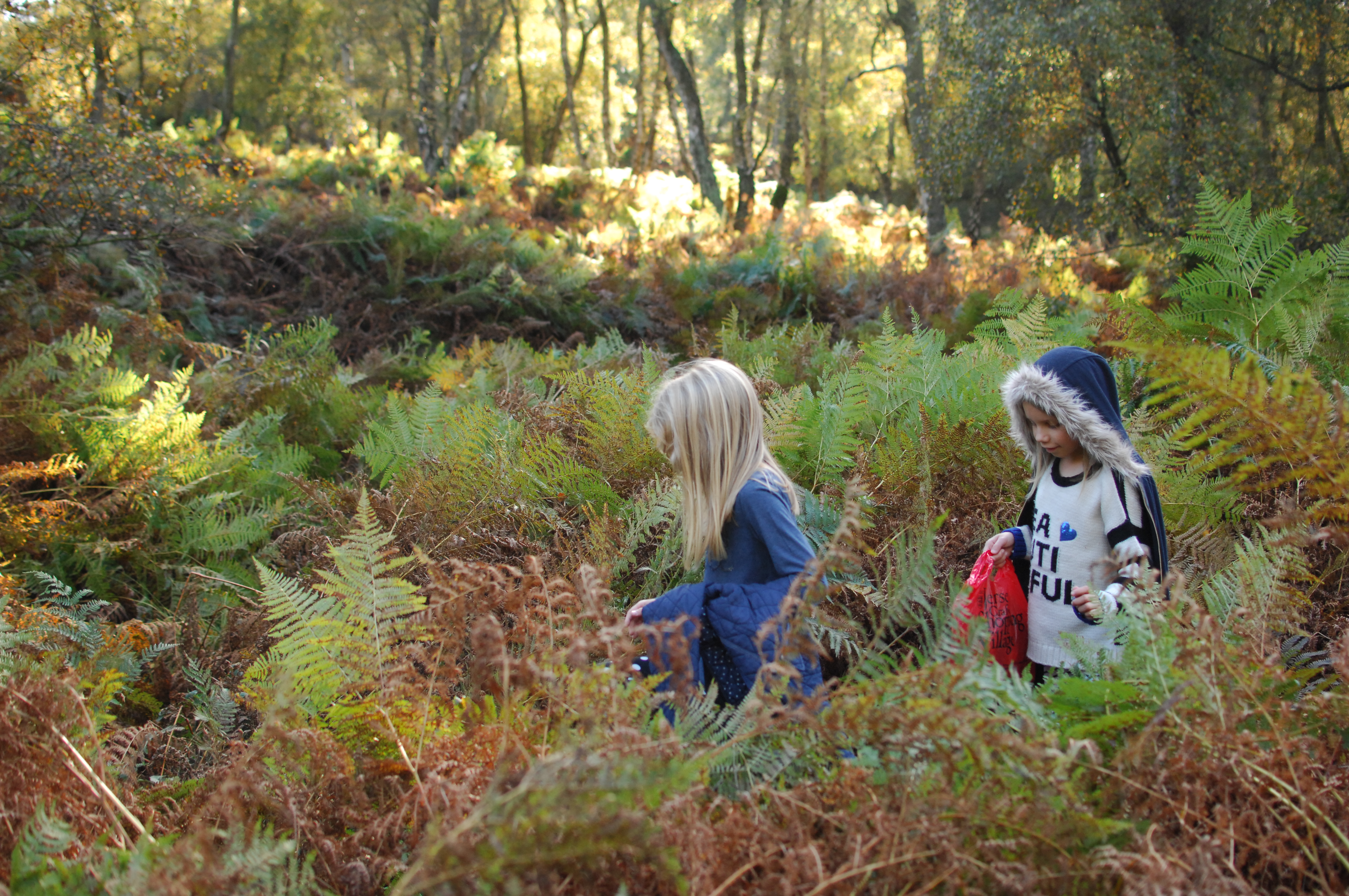 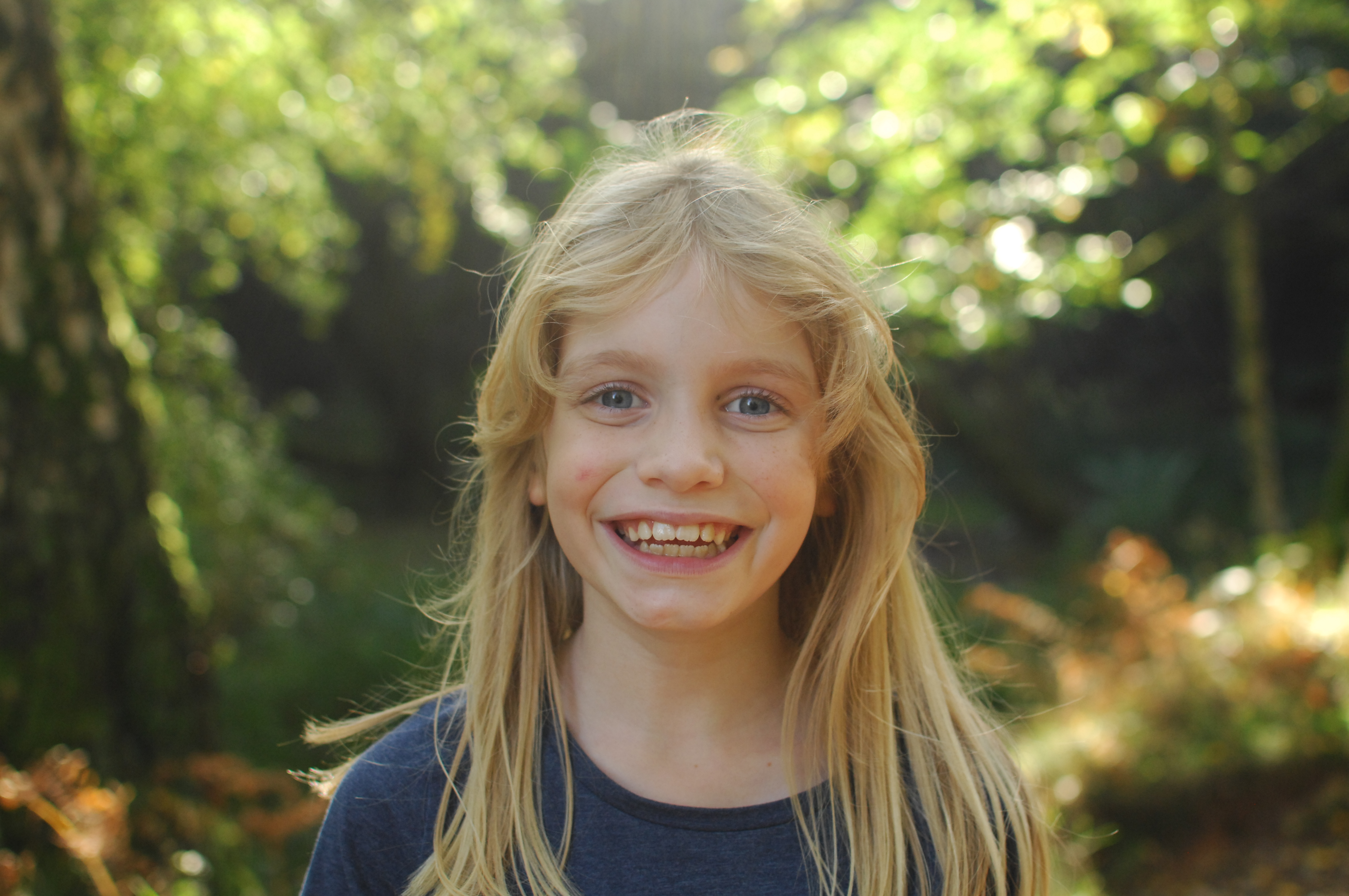 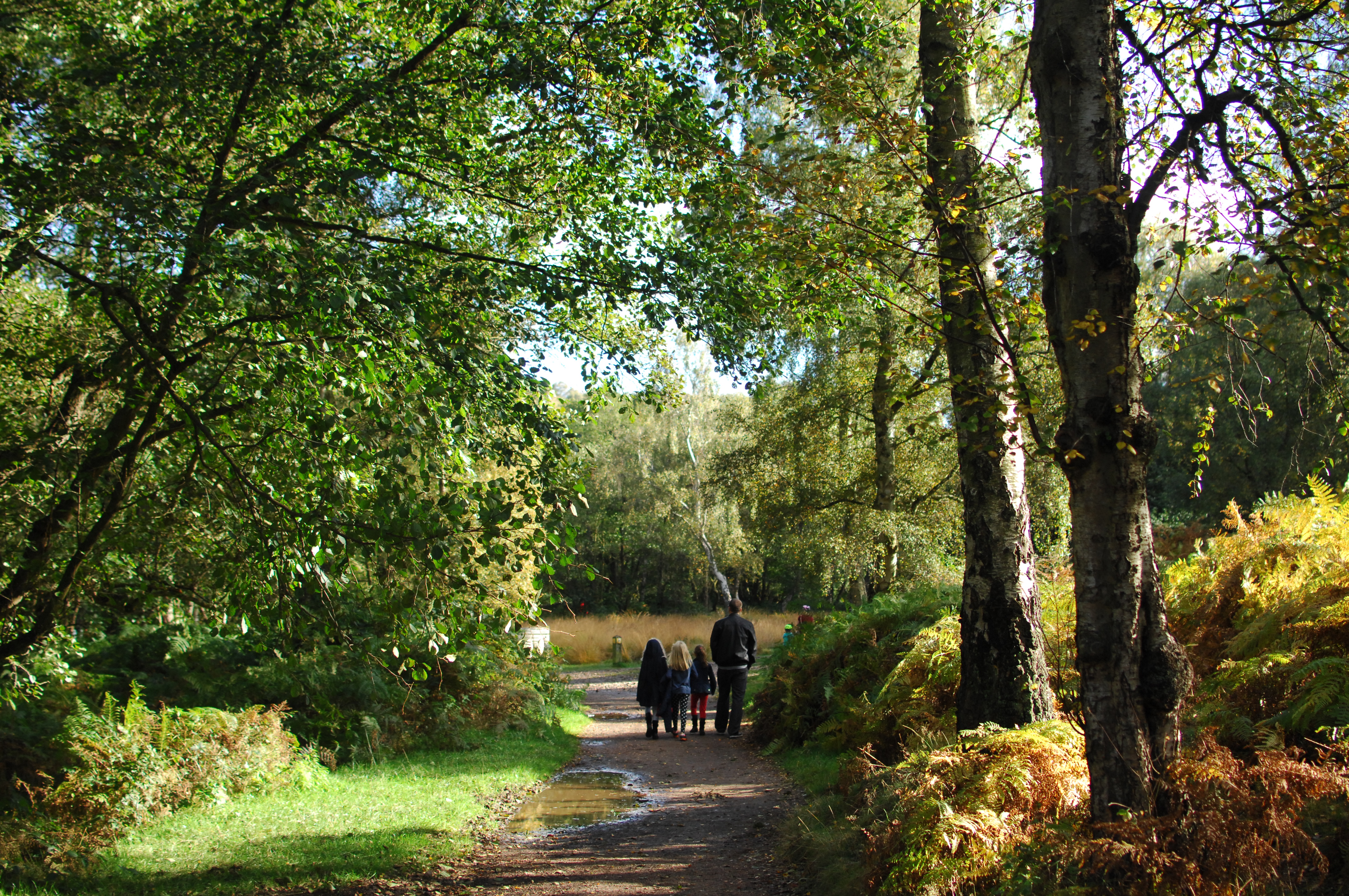 Approaching the Stepping Stones from the opposite side of the stream 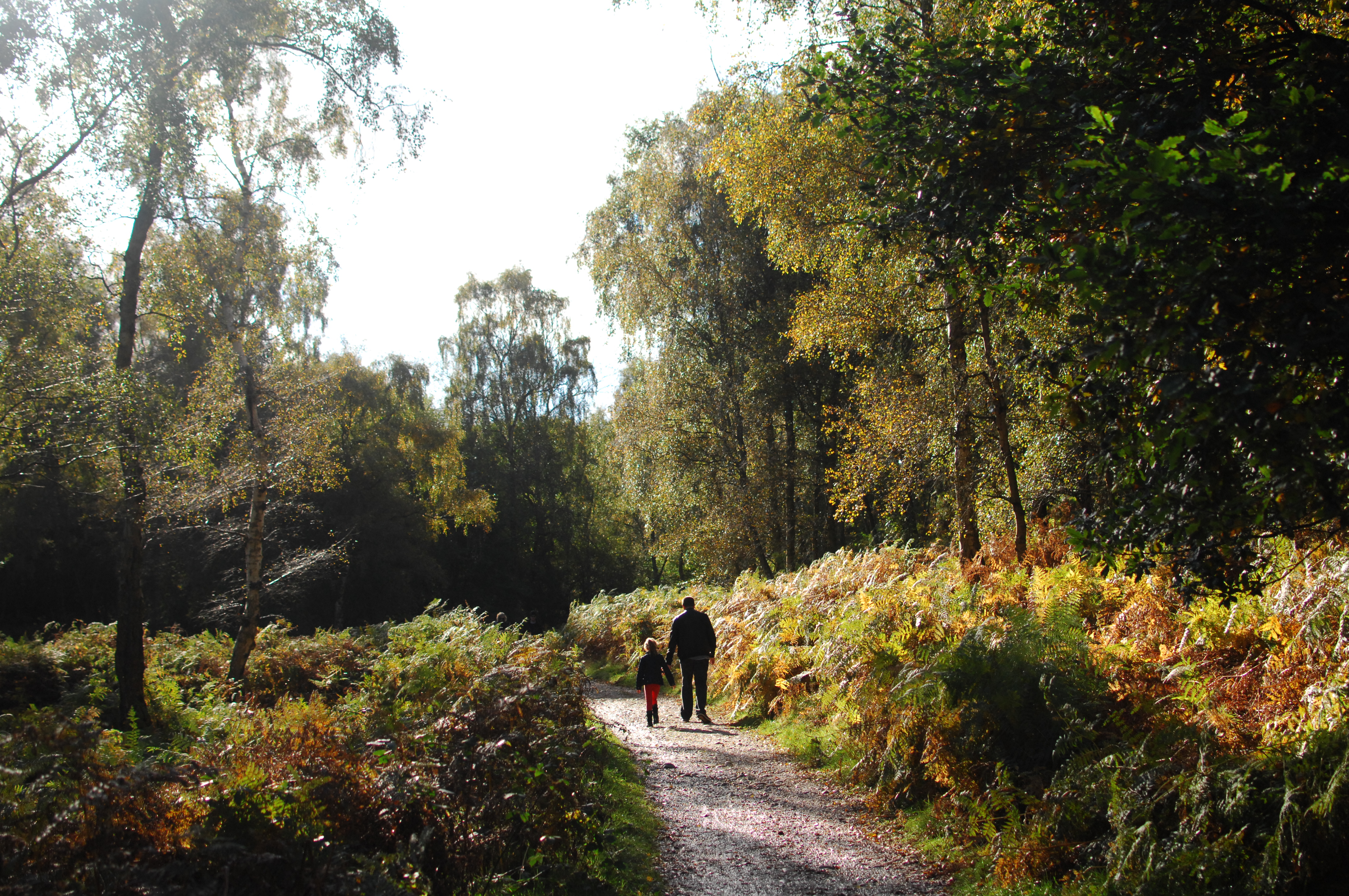 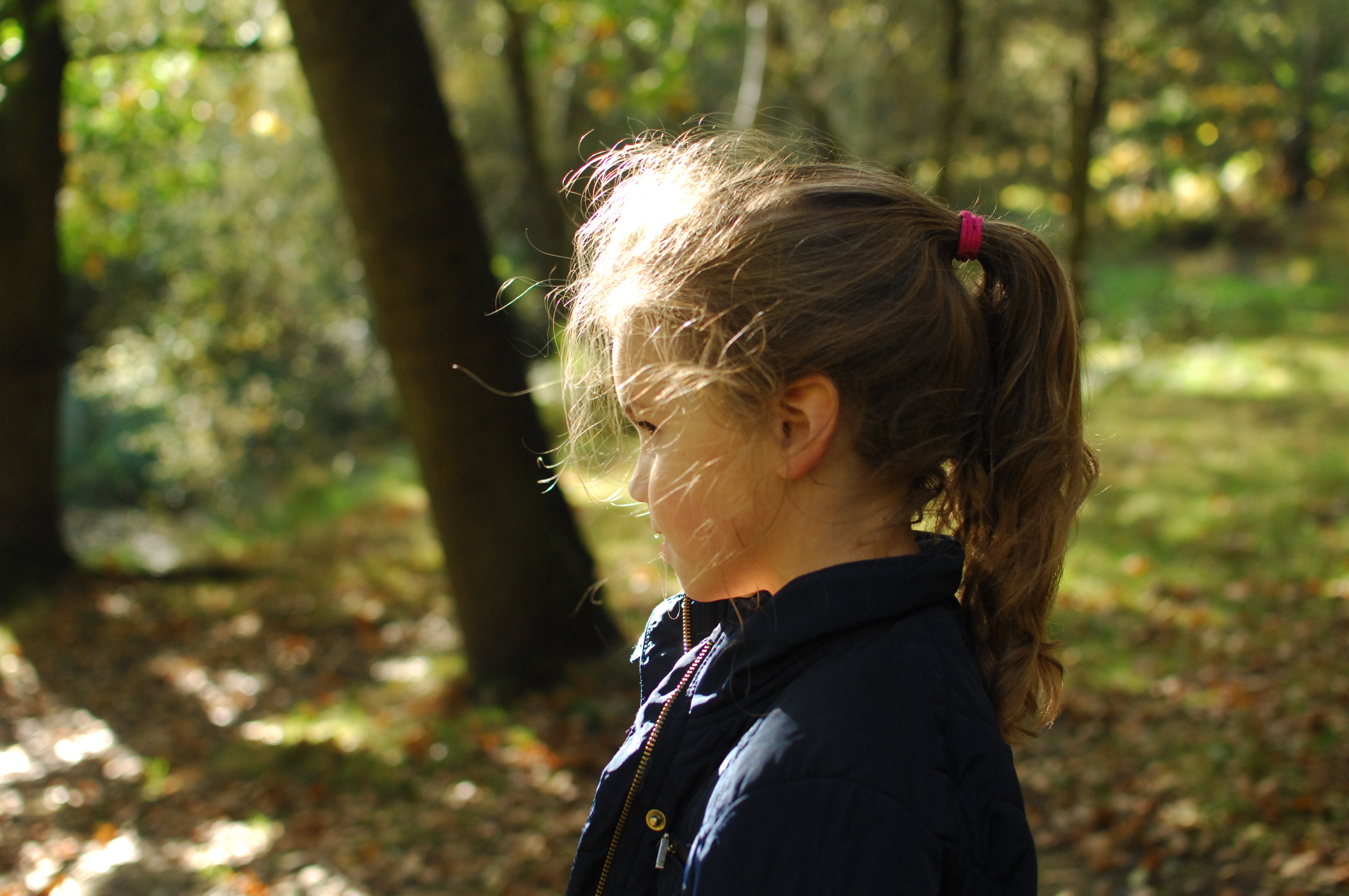 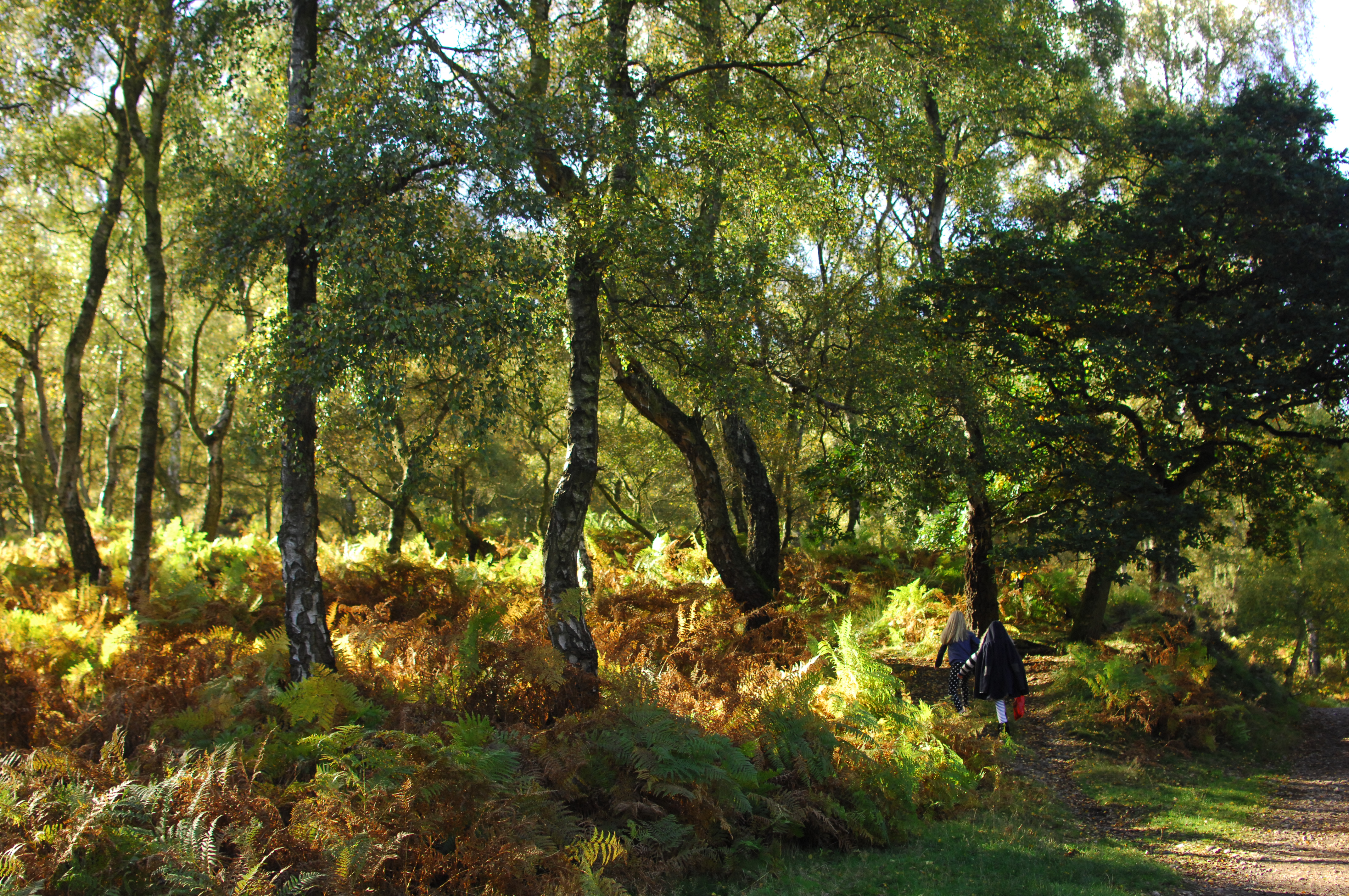 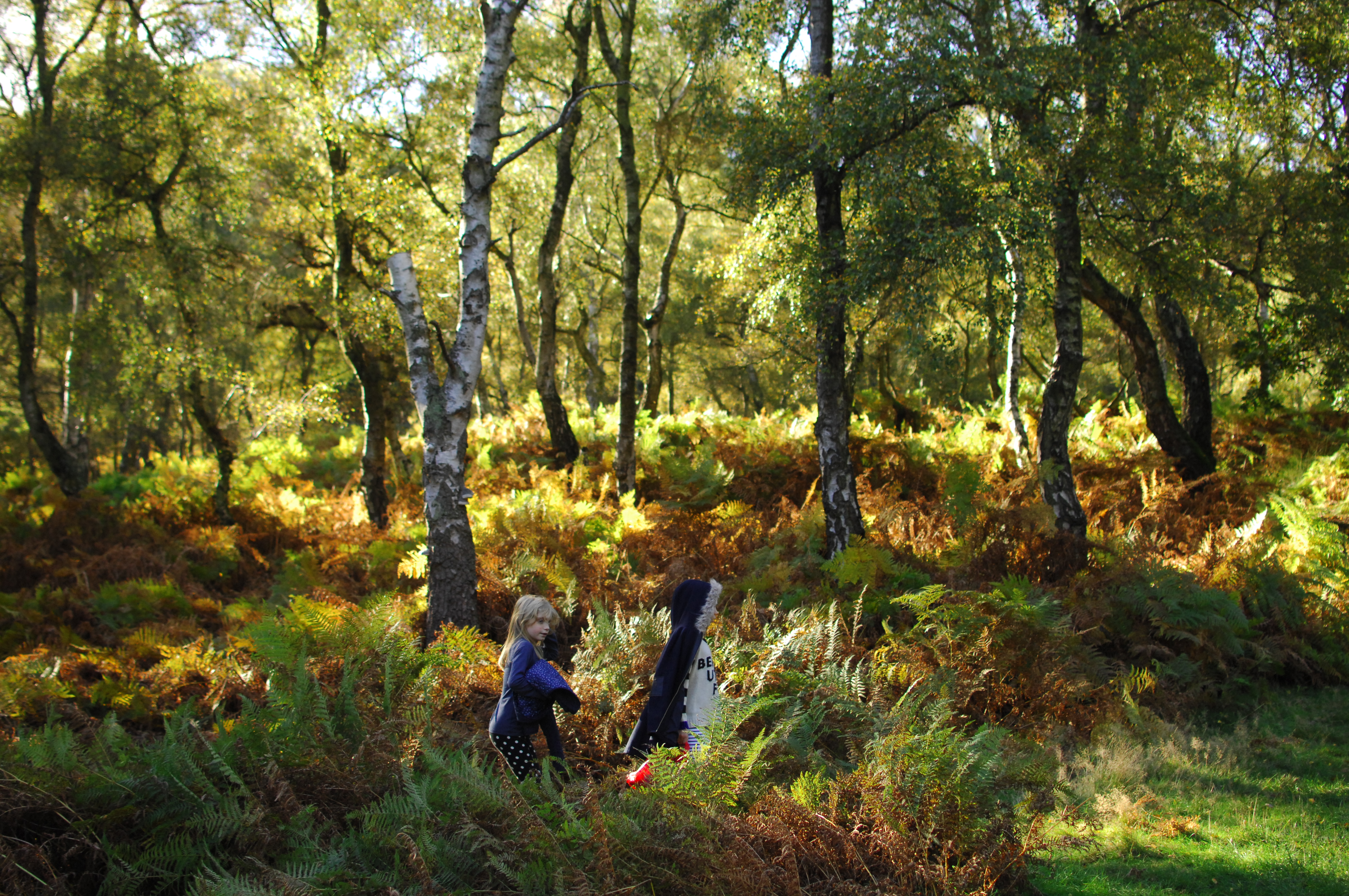 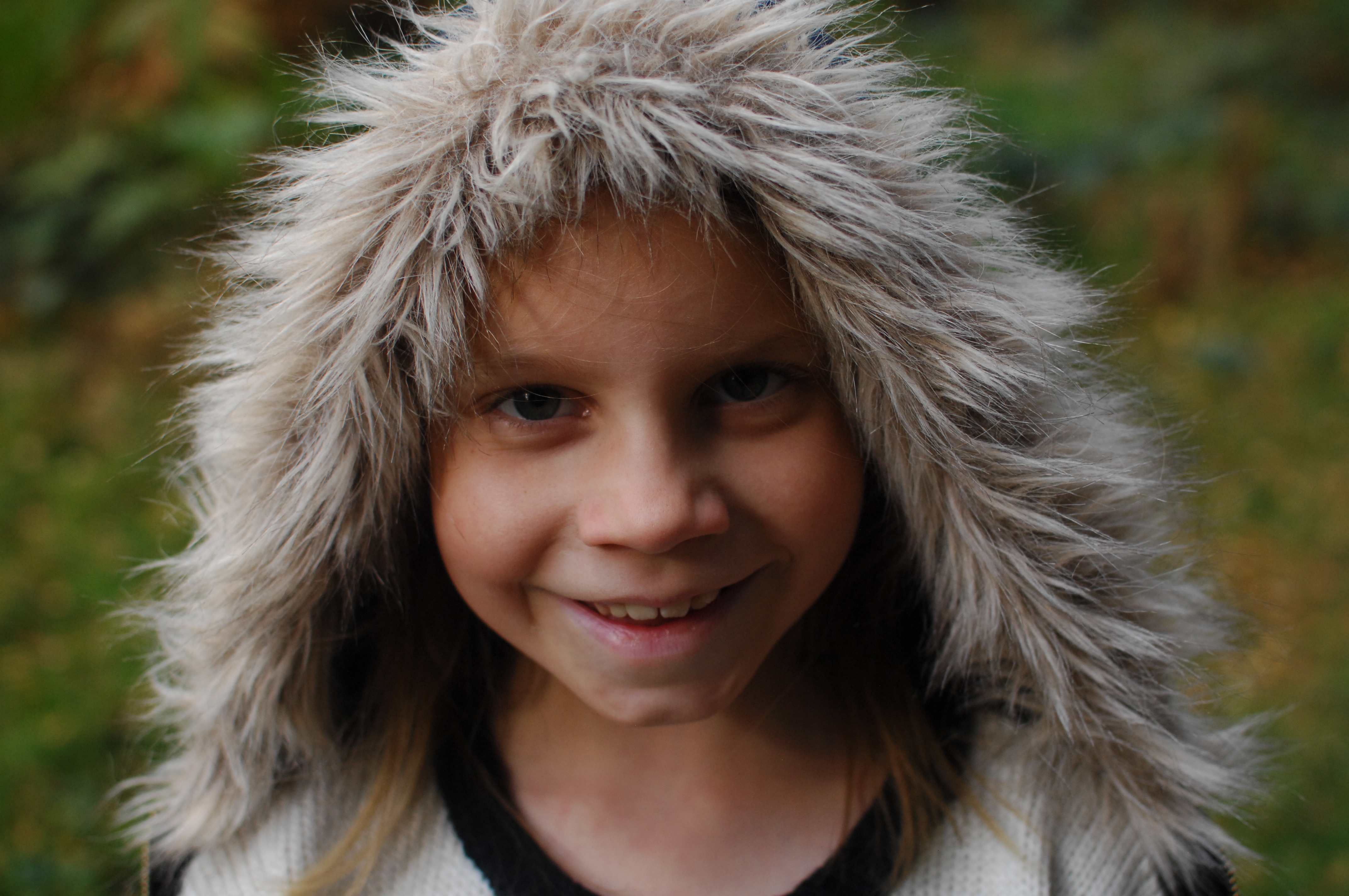 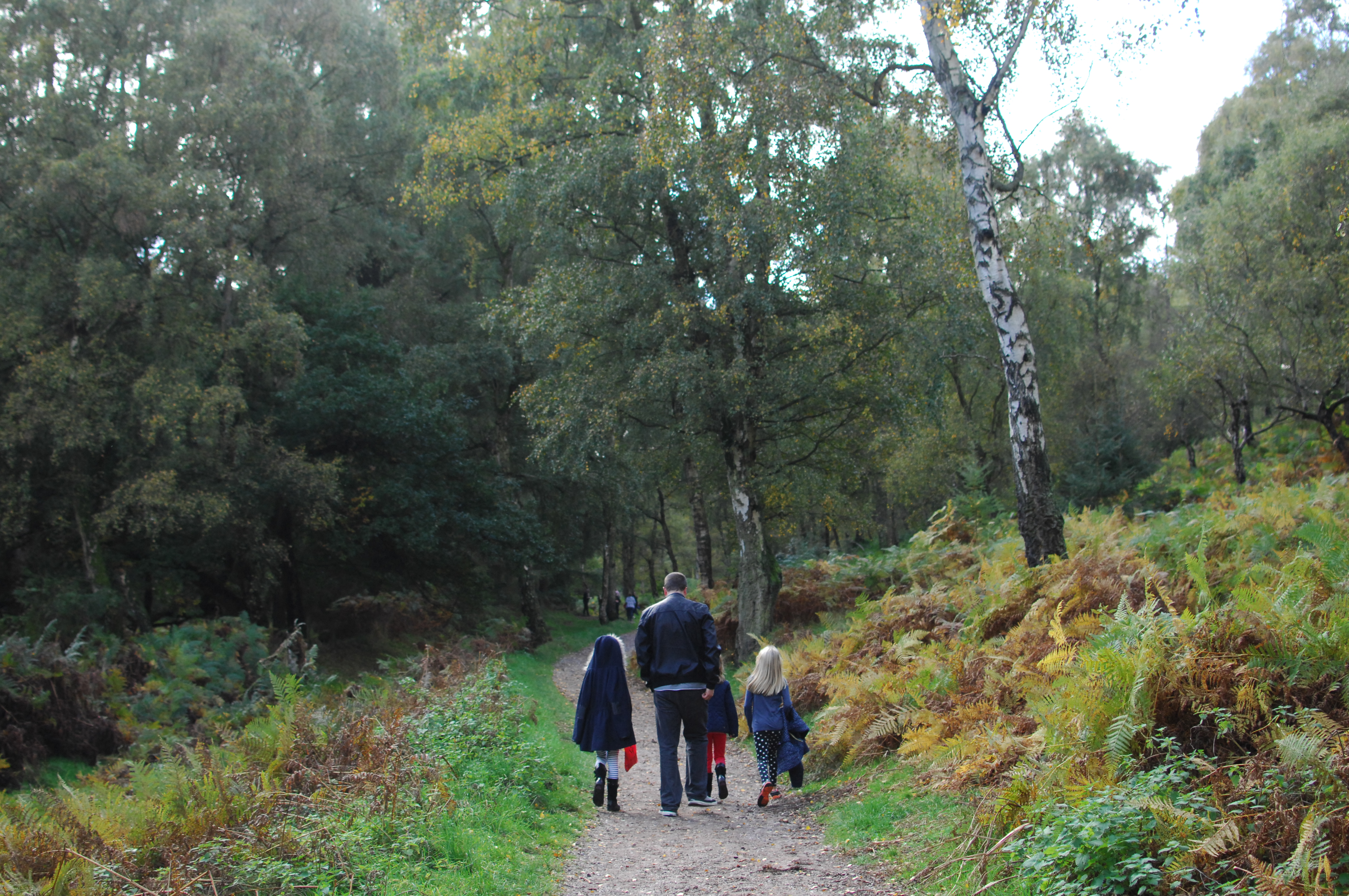 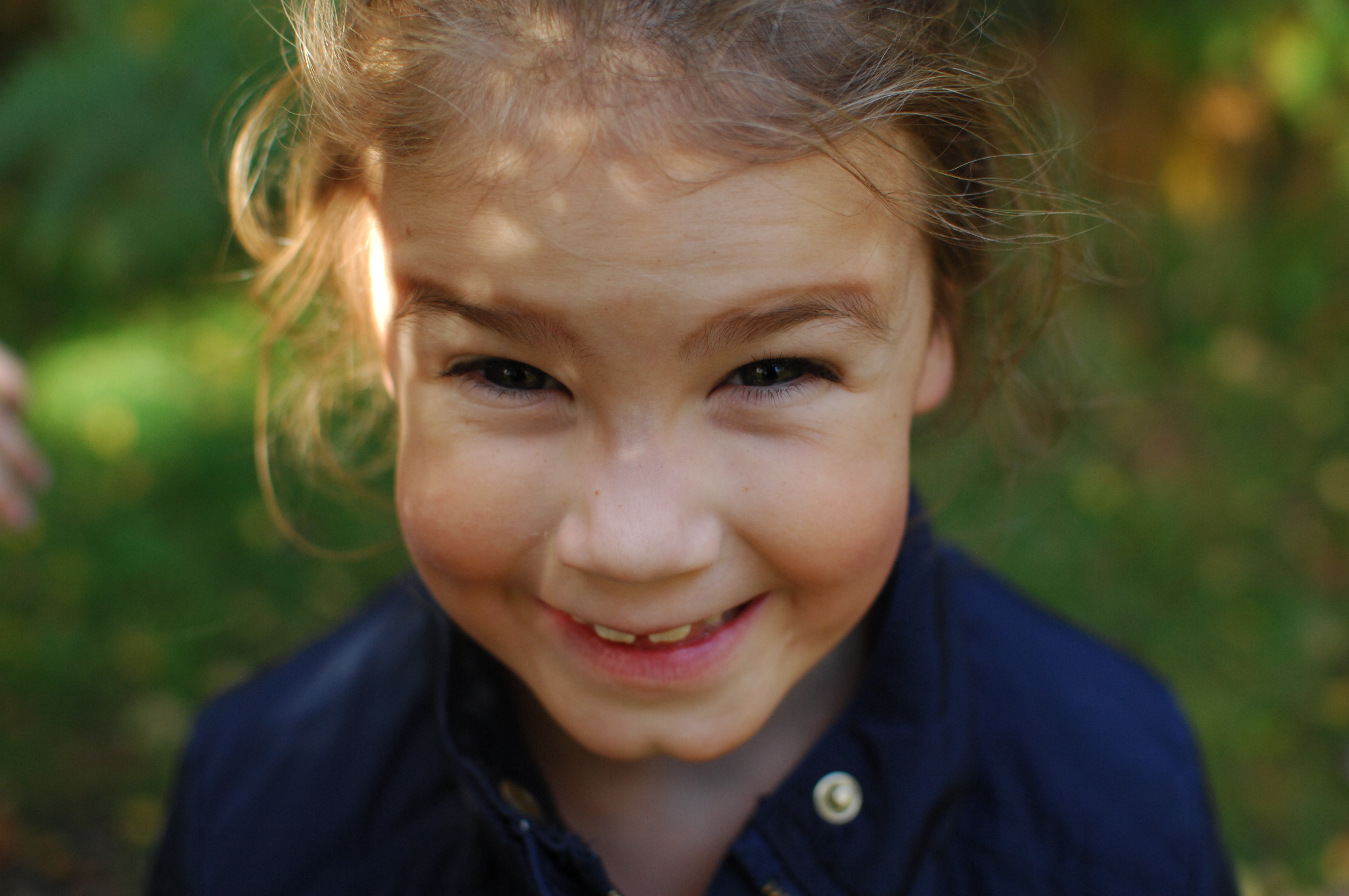 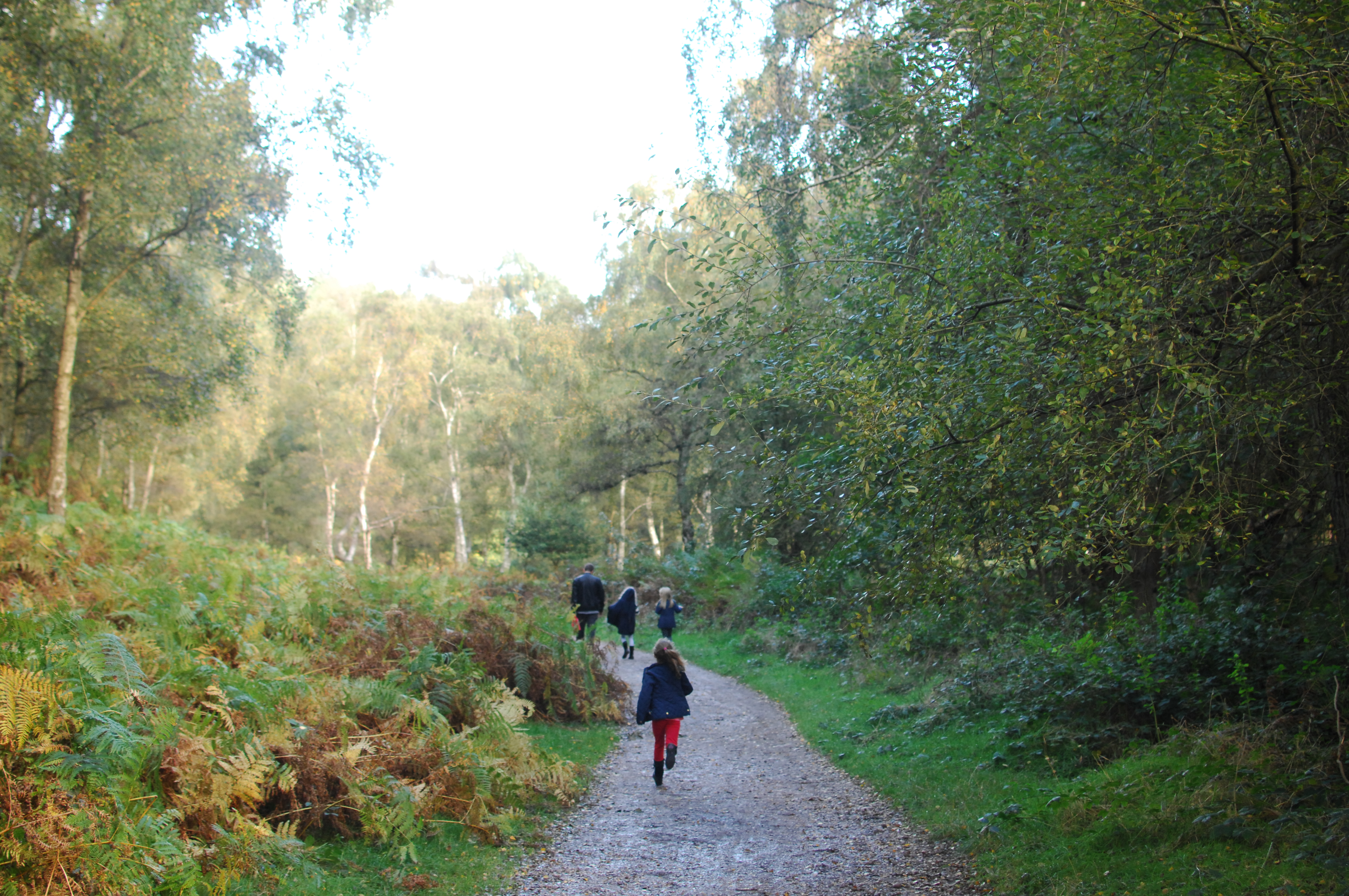