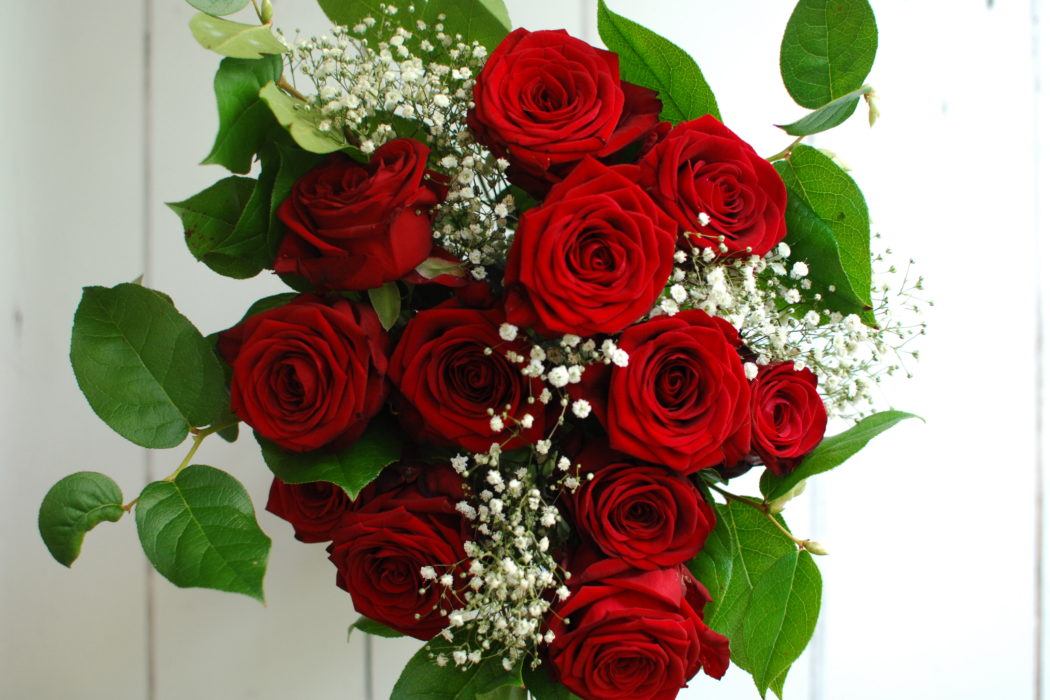 There’s no other way to describe it.  I’ve been feeling quite unsettled as a result of all the things that happened – probably because it was all within a relatively short space of time.  And also – I’m realising as I’m writing this – because all of it was completely beyond my control.  There was quite literally nothing I could do about any of the things that happened.  All I can do is be in charge of my responses to it all, choosing how I want to feel and what I want to think.  And so, being true to myself, I’m dealing with it in the only way I know how – by writing about it.  So there’s no real point to this post beyond it being a space for me to document what happened and how I feel about it all.  Writing about it like this helps me look inside myself and find the resources that I need – the resilience, the calmness and the positivity – that mean that I’ll be ok no matter what happens.

On Wednesday the husband and I celebrated our three year wedding anniversary.  Our anniversary is always a bit tricky for me as memories of the day we got married are so closely tied in with my Dad – our wedding was the last time I saw him before he died.  I chose to work from home that day instead of going to London as I normally do because our eldest daughter was taking part in an athletics competition after school (more about that later) and I wanted to be there to cheer her on.  In an ideal world the husband and I would have been able to have a date-night to celebrate properly – going out for dinner and maybe catching a film at the local cinema or something – but our families aren’t really around to babysit for us and so that was out of the question.  Instead we planned to pop out in the afternoon before collecting the girls from school to have a cheeky ice cream together, because anything more than nothing is good, right?. 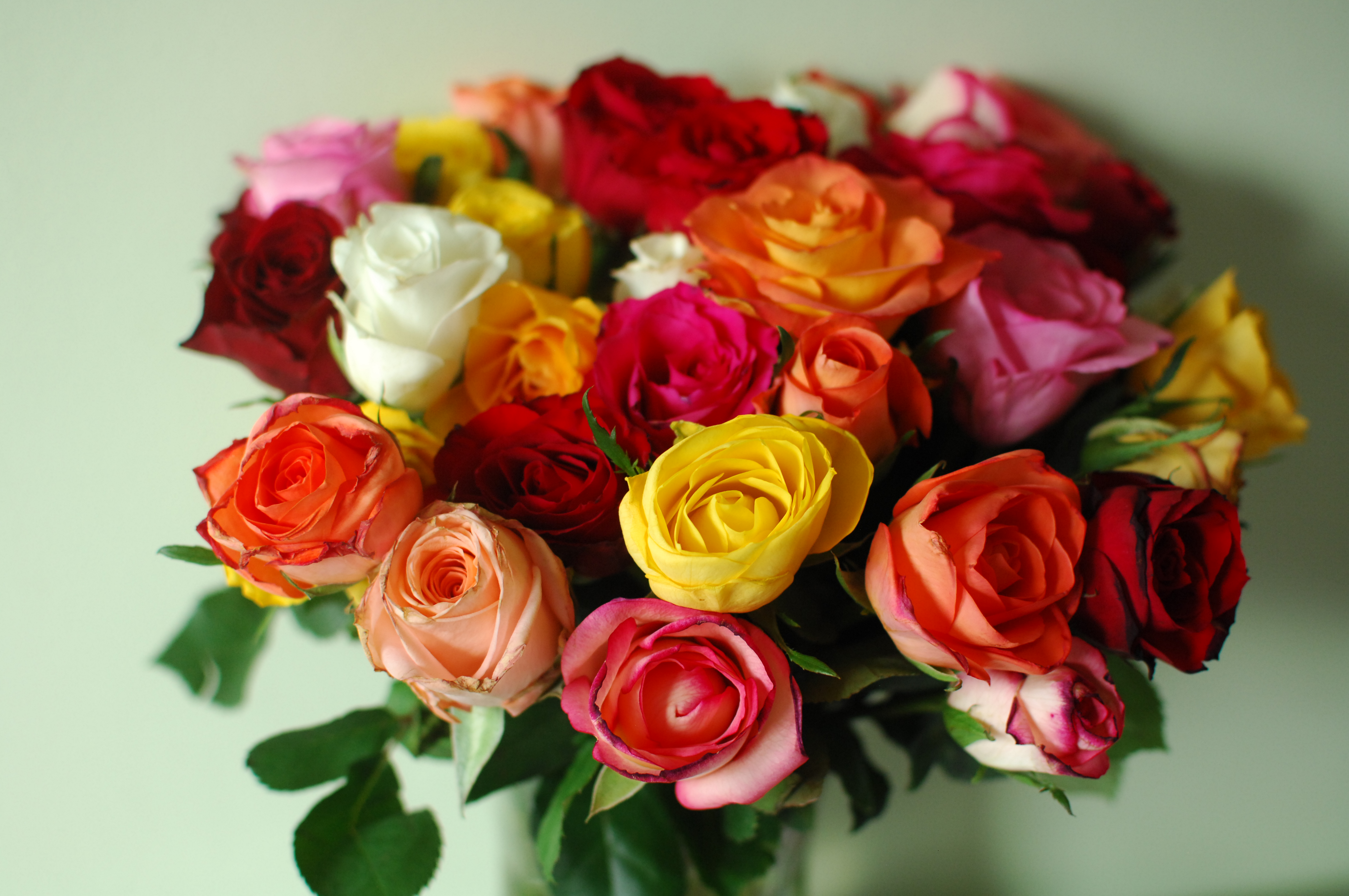 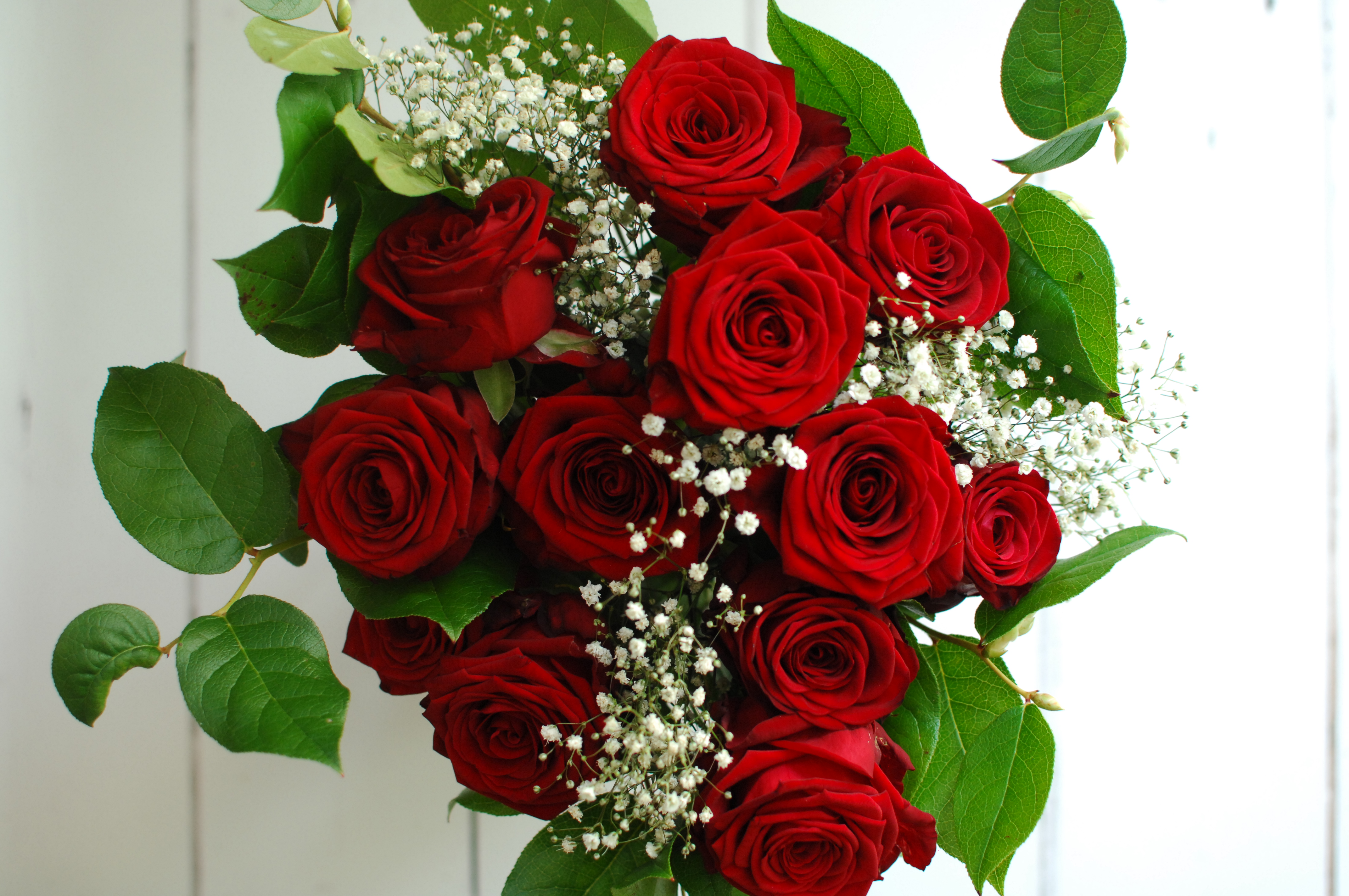 A surprise delivery of these beautiful, velvety, red roses from the husband absolutely made my day

At midday, just as I’d finished with my clients, we had a phone call from the school saying that Mimi wasn’t very well and needed to be collected.  Ice cream plans scuppered.  Bless her, she looked awful when we got there – pale and sweaty and shaky, barely able to talk, a bad tummyache and feeling sick.  It transpired that she hadn’t had anything to drink all day (apart from the milk in her cereal at breakfast time) and so we think she was dehydrated as it was a really hot day.  A few sips of water and a ginger biscuit later and thankfully she’d perked up a bit.  We decided it probably wasn’t a good idea to let her come to the athletics competition to support Ella though, so she stayed at home with Neil while Lola and I accompanied Ella to the tournament.

We’d got about halfway to the venue when out of nowhere a minibus pulled out of a side road and hit the passenger side of my car – the side that both the girls were sitting, one in the front and one in the back.  After an initial millisecond of shock and silence both the girls realised what had happened and were hysterical and I have to be honest, my reaction wasn’t the best either.  I’ve been in two car accidents previously – one almost identical to this one except I was pregnant at the time, and the second one was when Lola was still only tiny and I fell asleep on the motorway and nearly killed us all.  I had to have some therapy after that one and I still get flashbacks and panic attacks about it now, although I’m much better than I was before.  Anyway, as you can imagine this latest one triggered all sorts of horrible things in my head and I freaked out.  Plus I was absolutely furious with the driver who was trying to make out that it was my fault and when I get angry I cry, which frightened the girls even more.  Thankfully none of us were seriously hurt – Ella had some bruising on her neck where the seatbelt had caught her and I’m having problems with muscle spasms in my shoulder, again from the impact of the seatbelt.  That’s what I’m trying to hold on to – that we’re all ok.  My car isn’t – it’s going to cost more to repair than the car is worth – but cars can be replaced. People can’t.  What a way to celebrate our anniversary hey? 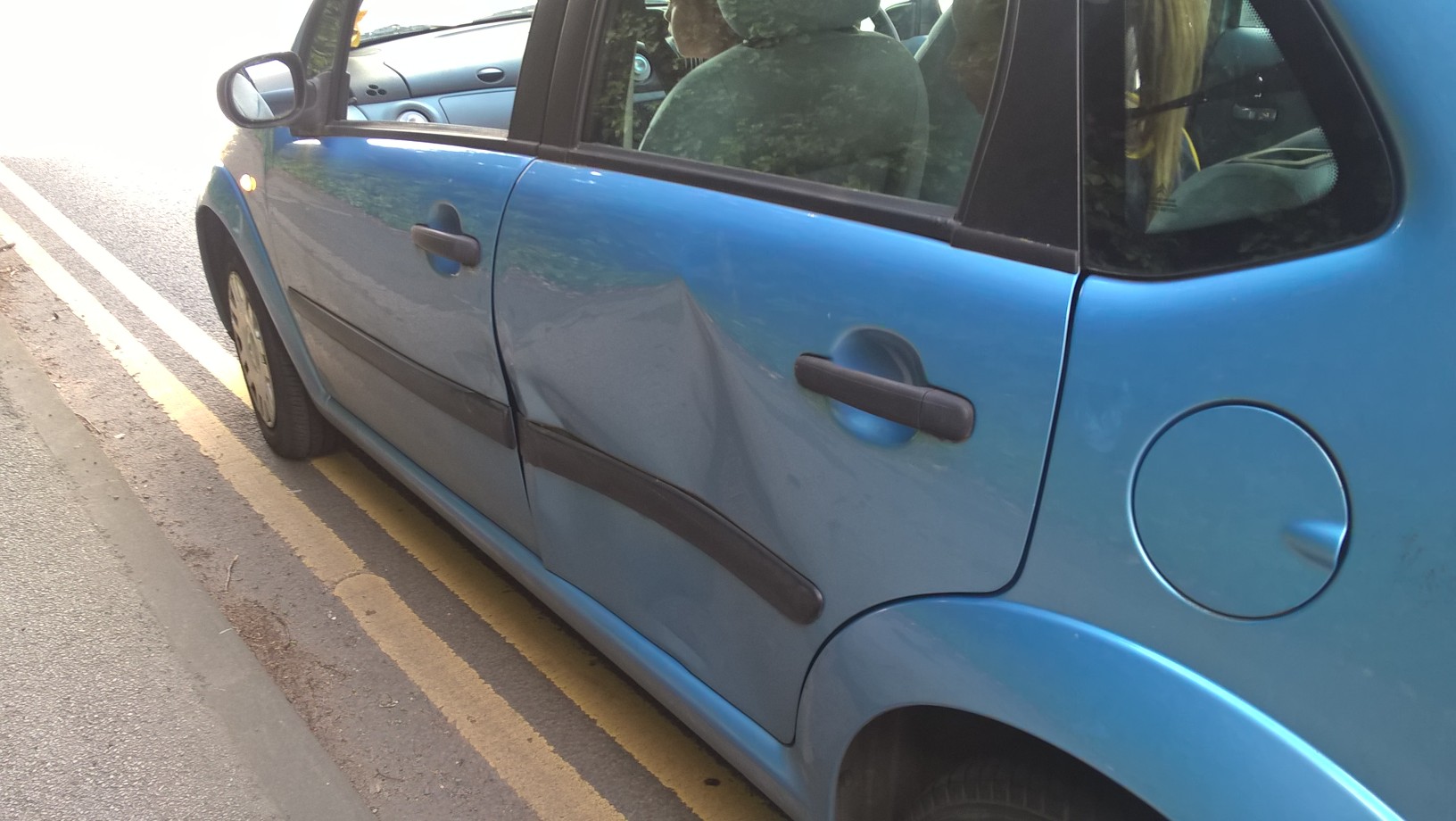 My poor car after the accident. You can see both the girls still in the car and how close it came to being a lot worse than it was. And although the damage doesn’t look too bad and it’s still driveable, to get it fixed is going to cost far more than the car is worth 🙁

Just to add to it all, Ella and Mimi went off for their very first overnight camping trip with their school the day after the accident.  I’d pretty much got my head round it – letting your babies stretch their wings is so very important – but the accident just made me feel quite wobbly about it.  When something like that happens you just want to keep everyone that’s important to you as close as possible.  So the anxiety went up one more notch as I waved them off wearing their backpacks with pride and confidently holding their sleeping bags, excited to find out what adventures they’d be having. 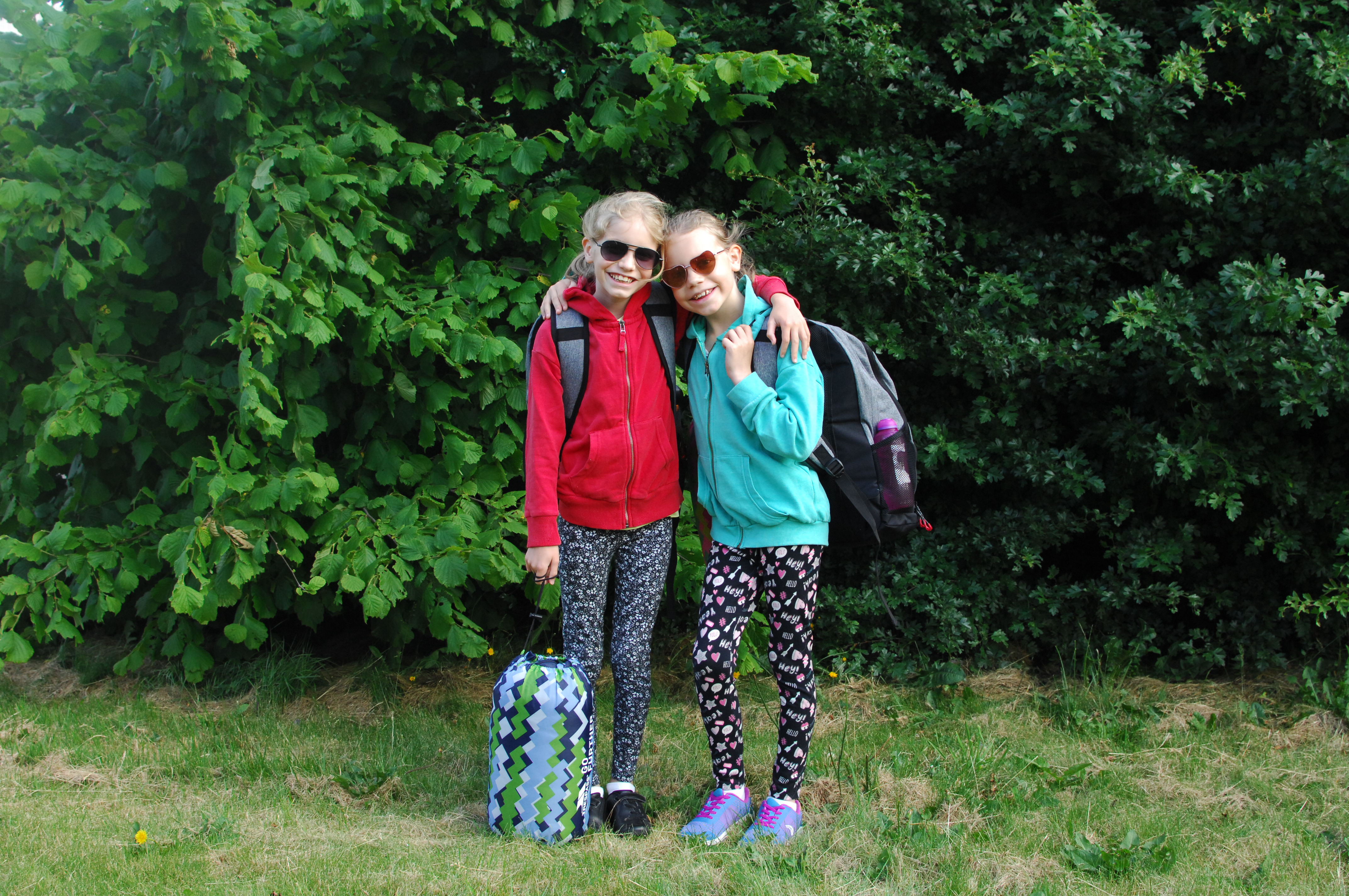 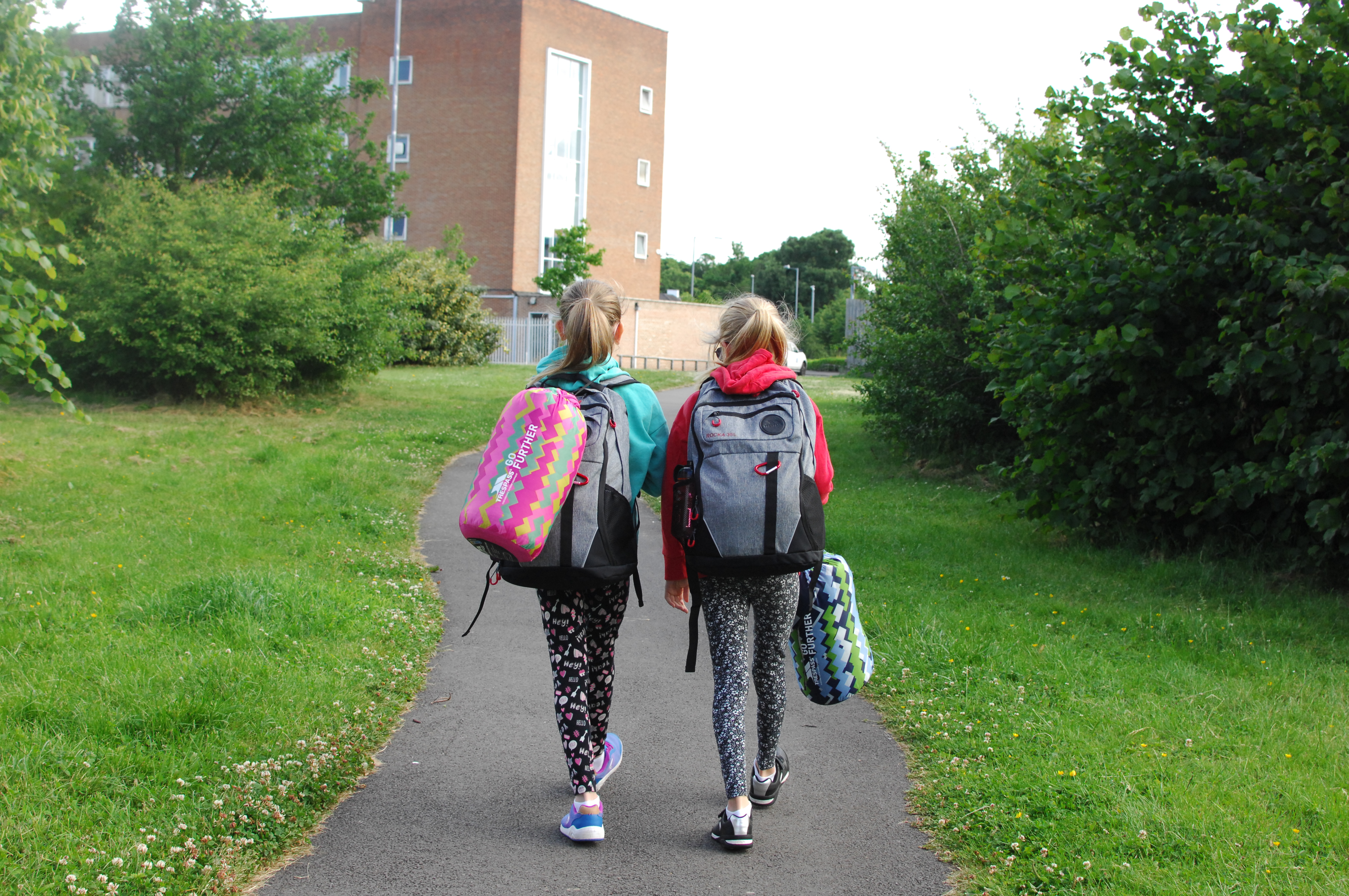 Setting off for school with their new backpacks and sleeping bags

They arrived home the following afternoon, utterly exhausted from lack of sleep and full of stories about what they’d been up to and how much fun they’d had.  I was so glad to have them home safely and we spent the afternoon snuggling on the sofa as they told me all about it. 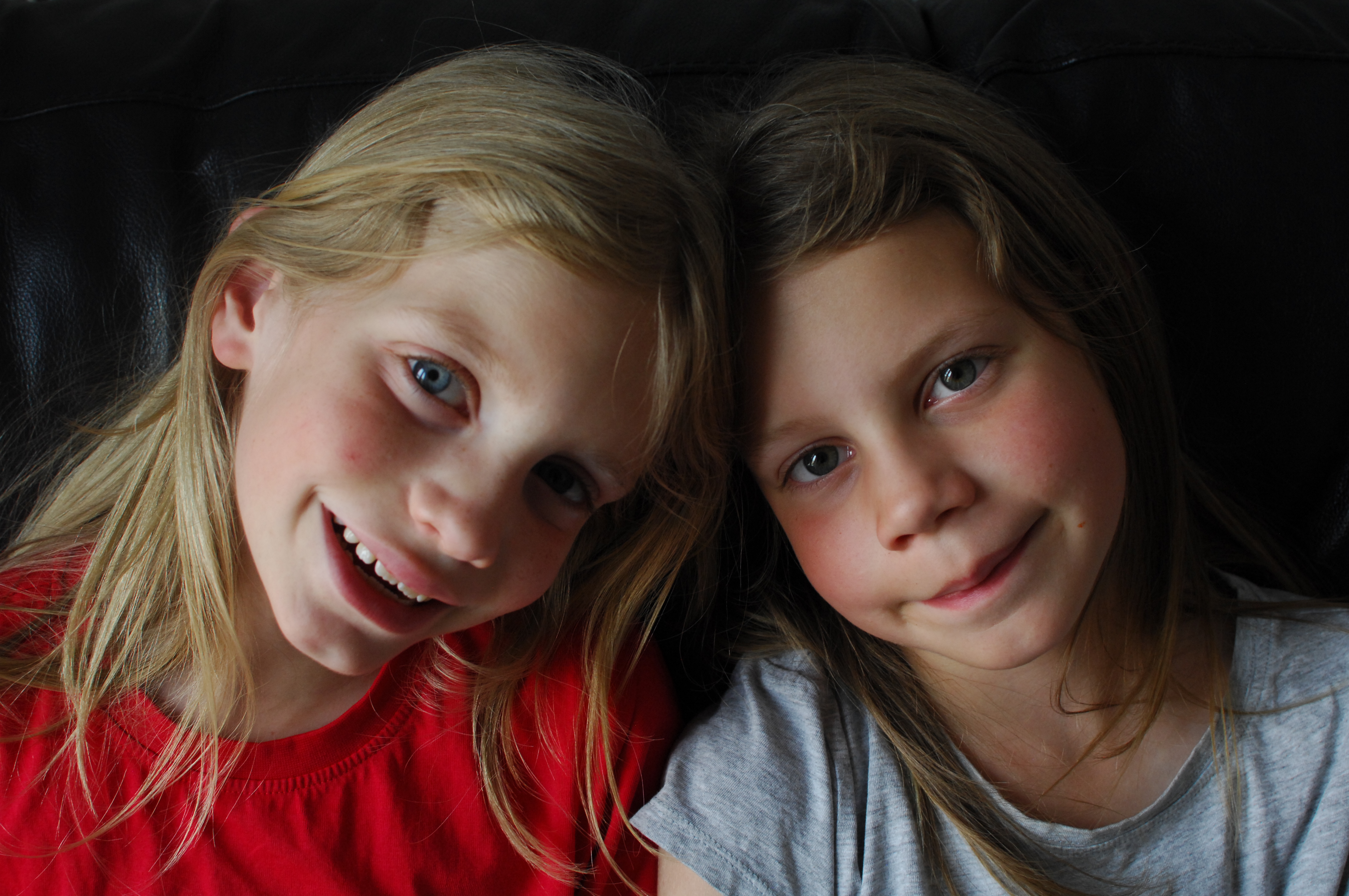 The weekend arrived and brought with it some absolutely gorgeous sunshine and scorching hot temperatures, so we spent most of Saturday playing in the paddling pool and eating ice lollies.  Sunday was Father’s Day – again, a bit of a tricky day because my Dad is no longer with us, though I did my best to celebrate Neil for being the awesome Dad that he is to our girls – and my Mum came to visit for the afternoon as well.  All lovely things, but my head felt so overloaded with ‘stuff’ that I found it hard to enjoy it properly. 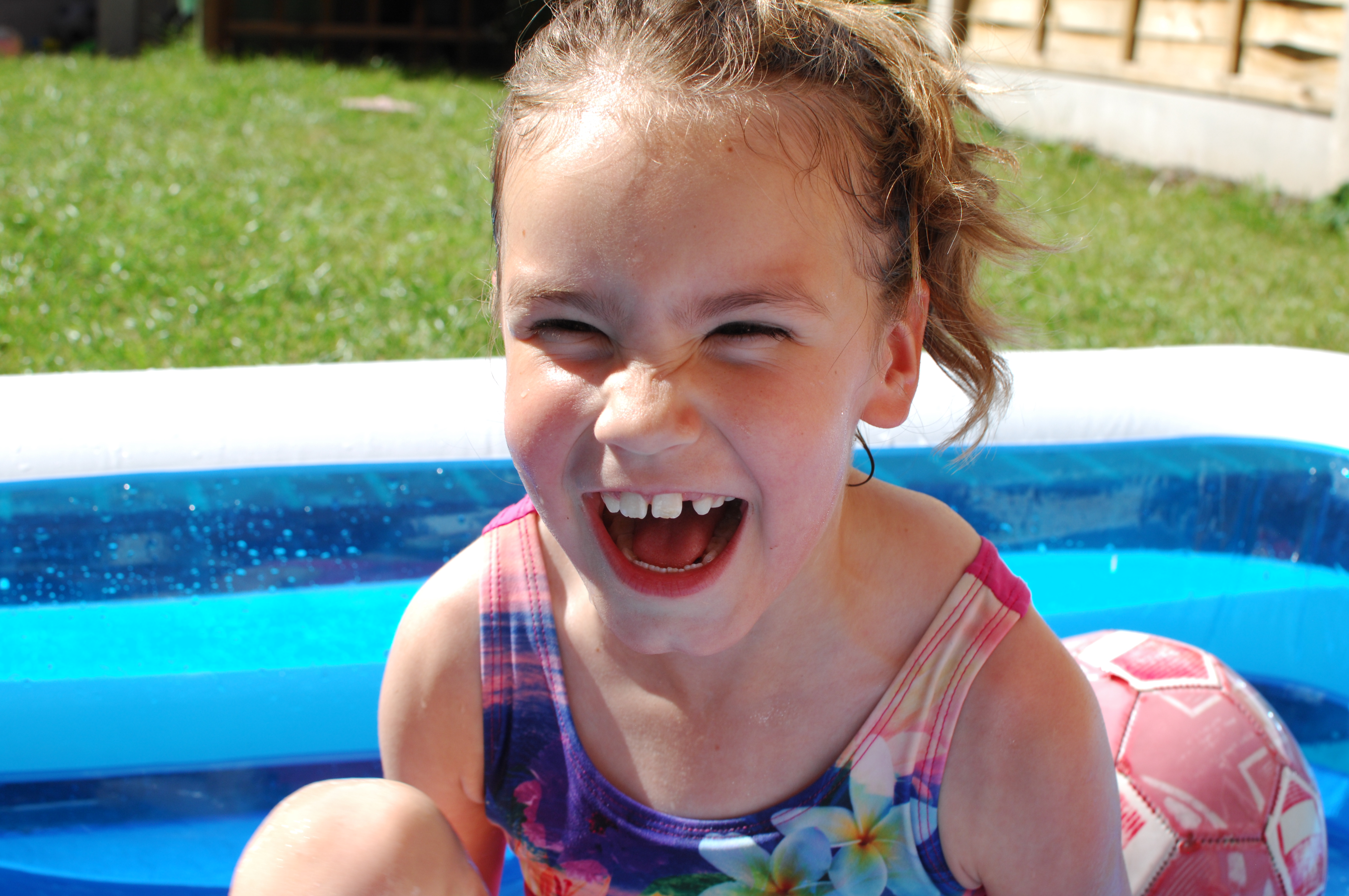 Having fun in the paddling pool – I love this photo, look how happy she is! 🙂 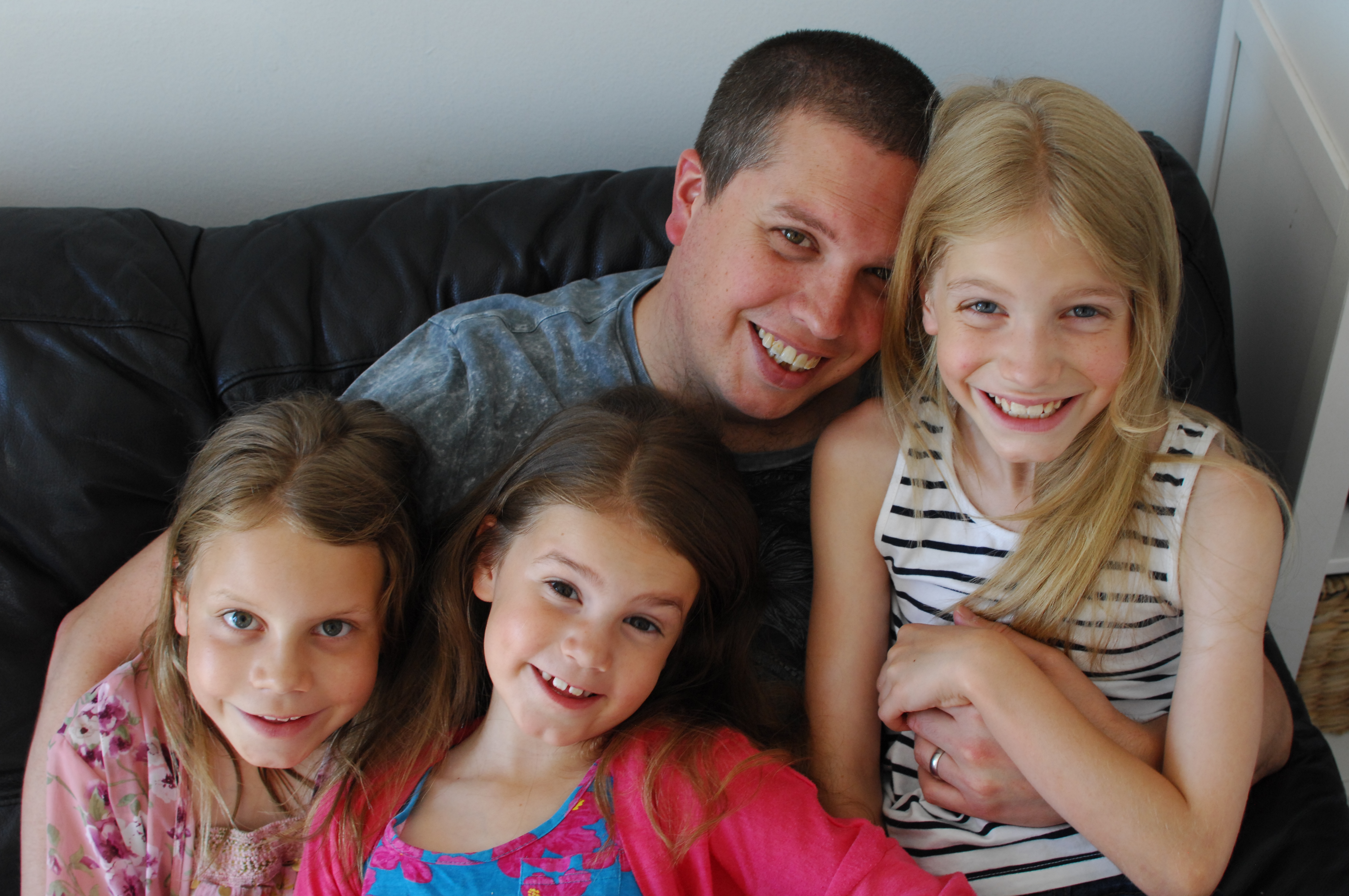 The husband with our girls on Father’s Day

I know that feeling like this is completely normal after an event like the car accident and I’m actually doing much better than I thought I would be, which is definitely a good sign.  Yes, I have got lots on my mind (it doesn’t help that this school term is one of the busiest in the school calendar with numerous sporting events to attend as well as extra school trips and assemblies to remember) and yes, I’m sometimes finding it all a bit overwhelming and difficult to concentrate, but overall I’m pretty proud that I’ve been able to get straight back to driving (after the last accident it took me three months to get back behind the wheel) and that I’ve been able to carry on as normal.  I’m getting better at recognising when I need to take some time out and I’m giving myself grace when I do that – it’s ok (actually, it’s more than ok – it’s vital) for me to look after myself because if I don’t look after myself I can’t look after anyone else.

I have to be honest though, I’m very much looking forward to when this term is over and the summer holidays start.  Six weeks of fun with the girls, keeping my workload to an absolute minimum and making sure there is a good balance of days out and down-time is exactly what I feel I need.  Four weeks to go…!

A day trip to Attingham Park

Hello 2021.  The start of a brand new year is usually full of anticipation, promise and excitedly scribbled down ideas & plans for the…