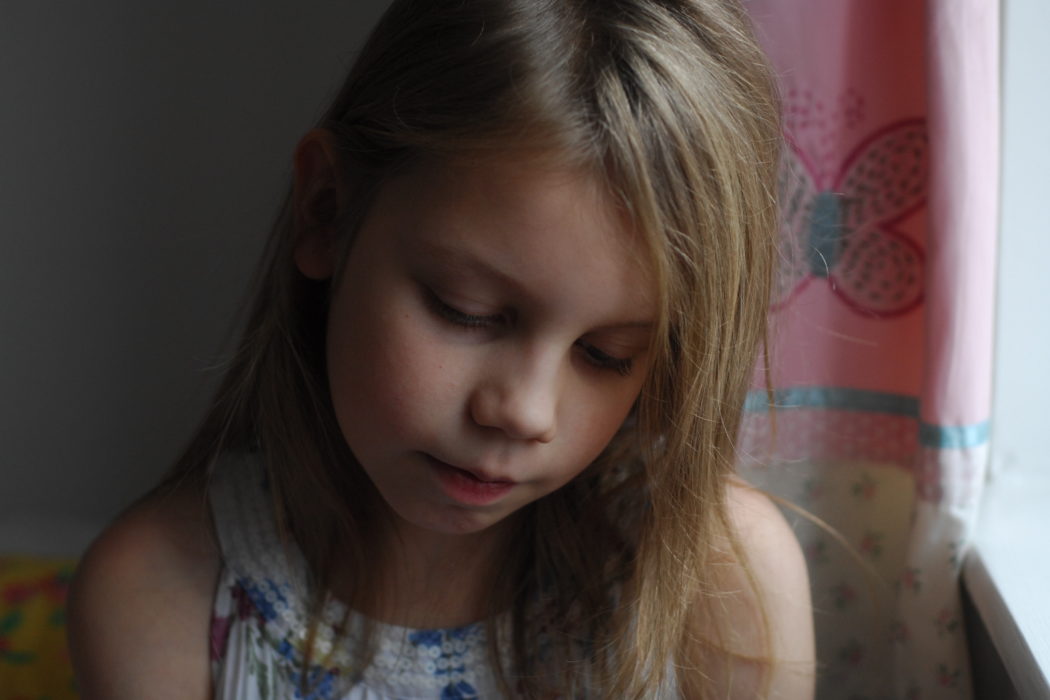 I remember as a child I was desperate to grow up.  I wanted more independence than I was allowed – I begged to be permitted to go on the bus to our local town centre instead of being dropped off by my Mum in the car and I wanted my ears pierced far earlier than the strict “when you’re 16” rule that had been imposed.  I didn’t want to do the ‘boring’ grown up things though, like dusting my room or sorting out the washing (though I loved to help in the garden with raking the leaves in Autumn and watering the plants in Summer).

In truth I thought my Mum was a bit overprotective in many ways, possibly because I’m an only child, but I know now that she had the balance of give and take, freedom and restraint, growth and protection pretty spot on.

Of course looking back now, although everything felt so unfair at the time I realise that I actually probably had far more independence than I give my own girls.  I lived literally a 2 minute walk away from my primary school with no roads to cross and I was allowed to walk home by myself from a pretty young age.  If Mum wasn’t back from work when I got home I’d simply sit on the windowsill and wait for her on my own, quite happily watching the rest of the world go by.  I sorted my own breakfast and after-school snacks from age 7 or 8 (at a guess – I honestly can’t remember and my Mum may well pop in on the comments and say otherwise!) and I ended up being allowed to catch the bus into Harrow from age 12 rather than 14 and had my ears pierced at 13 instead of 16 (though both of those *may* have been because she couldn’t take any more of my incessant pleading!).

My girls are now 10, 8 1/2 and 7 years old and still relatively young for their age I think, certainly in comparison to some of the other children in their classes at school.  This doesn’t bother me in the slightest – I don’t care what ‘everyone else’ does and I refuse to give in to parental peer pressure (because yes, that’s a thing) to let them wear crop tops and high heels.  I think children are pushed to grow up too quickly in may ways these days and I’m happy letting them be little for a while longer.  At the moment I’d never dream of letting them walk home from school on their own – there is a big main road to cross (where we’ve been witnesses to many horrific accidents) and I find the thought of all the people they would encounter on the journey quite scary.

And yet at the same time, Ella, our eldest, moves into Year 6 in September this year and will go to high school in 2018.  She’ll be making the (much longer) journey either there or back on her own via bus and that means that really from September she needs to be practising doing more things on her own, such as walking to school and back by herself.  We’ve said she can have a mobile phone when she starts Year 6 – only for texts and calls, no internet! – so she can contact us and vice versa if there is an emergency and so she can keep in touch with her friends outside of school hours.

I think it was her tenth birthday in December just gone that really made me stop and think about it properly.  I tend to get very stuck in routines (especially when they work!)  and don’t realise that something needs to change until the time to change is already upon me and then I have no time to prepare.  There have been little signs over the last twelve months that I’ve been desperately trying to ignore because I’m not ready for my baby, the one who made me a mother, to be this grown-up yet.

At Easter last year when we had my Mum and Stepdad and the husband’s parents round for lunch, she asked to help make their cups of tea.  A week or so later she asked if she could taste tea and, much to my surprise (I can’t stand it!), she actually liked it.  Now she regularly makes herself a cup of tea and has her own special mug that she drinks it from whilst snuggled up with a book. 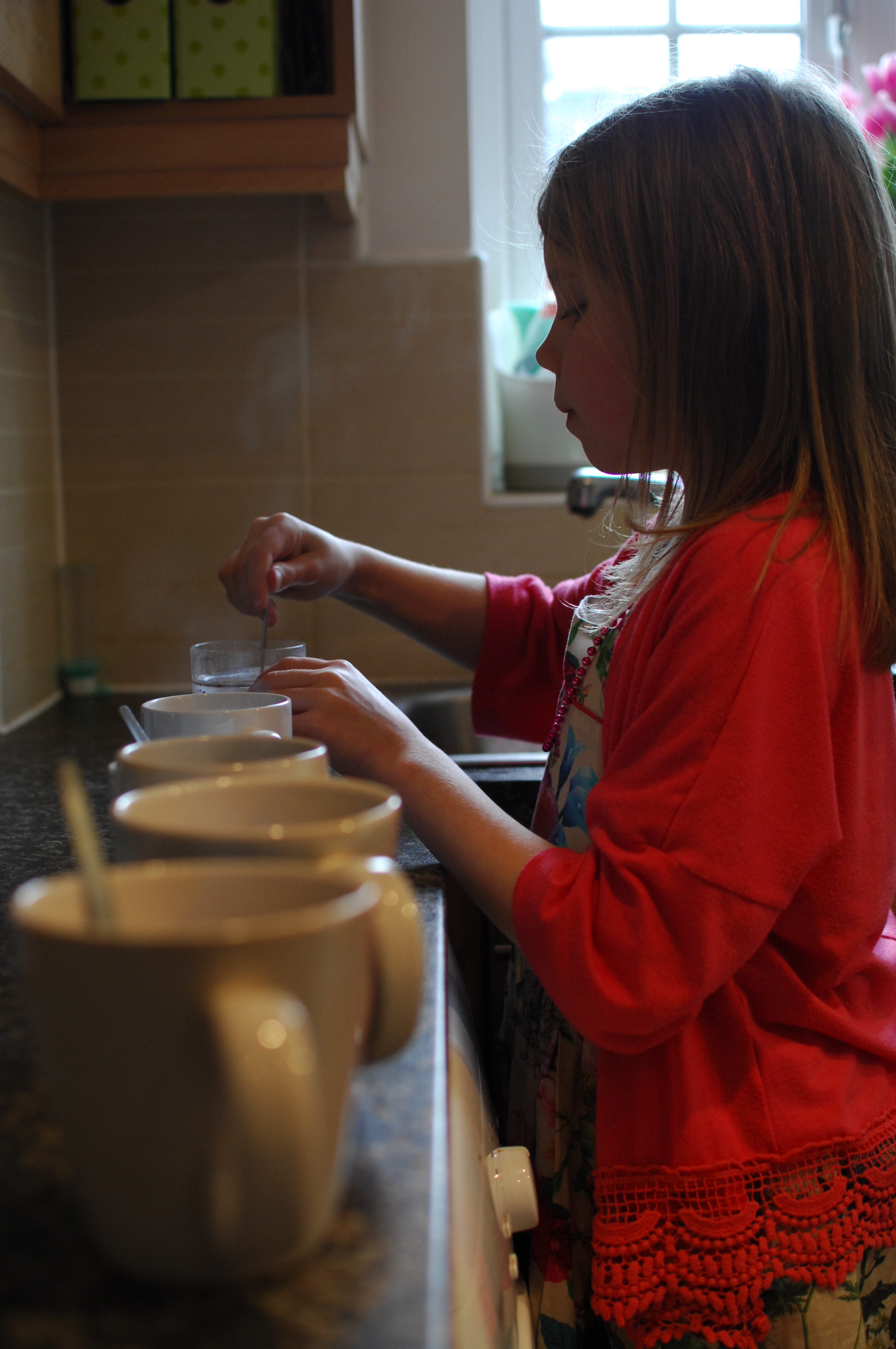 She went on her first ever overnight stay with her class at school last Spring and was really nervous before going.  Actually, it was her first overnight stay EVER (apart from when her two younger sisters were born, which she doesn’t remember) as both sets of grandparents live too far away and we don’t really have the close-knit support system in place like many other families I know.  It went as well as school trips go – not much sleep because some of the boys were having too much fun causing chaos – but I think we can class it as a success.  Next school year she has a whole week away with her class.  I’m sure she’ll be absolutely fine but I have to say I’m worrying about it a tiny bit already (though I’d never show her that I am). 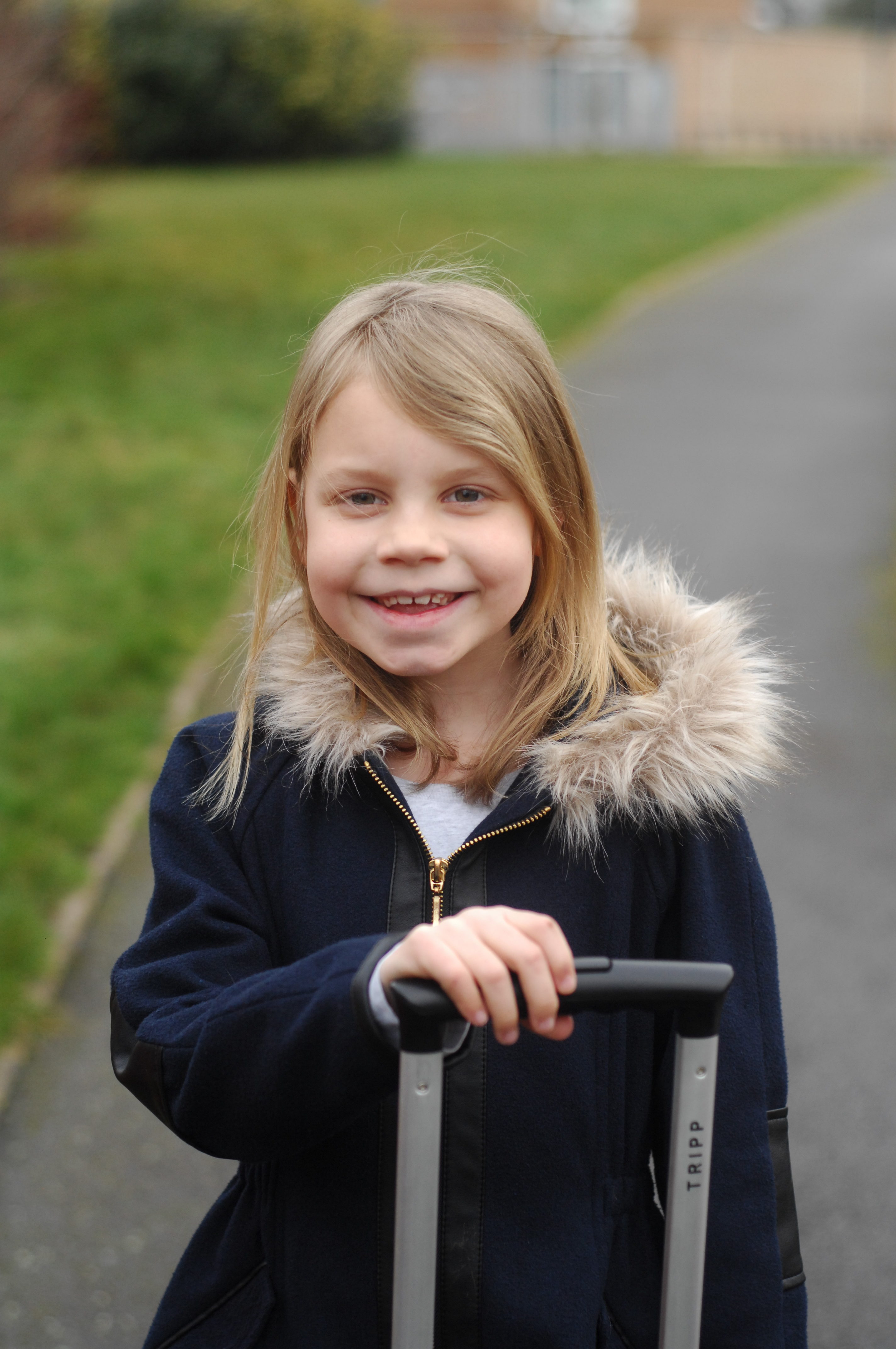 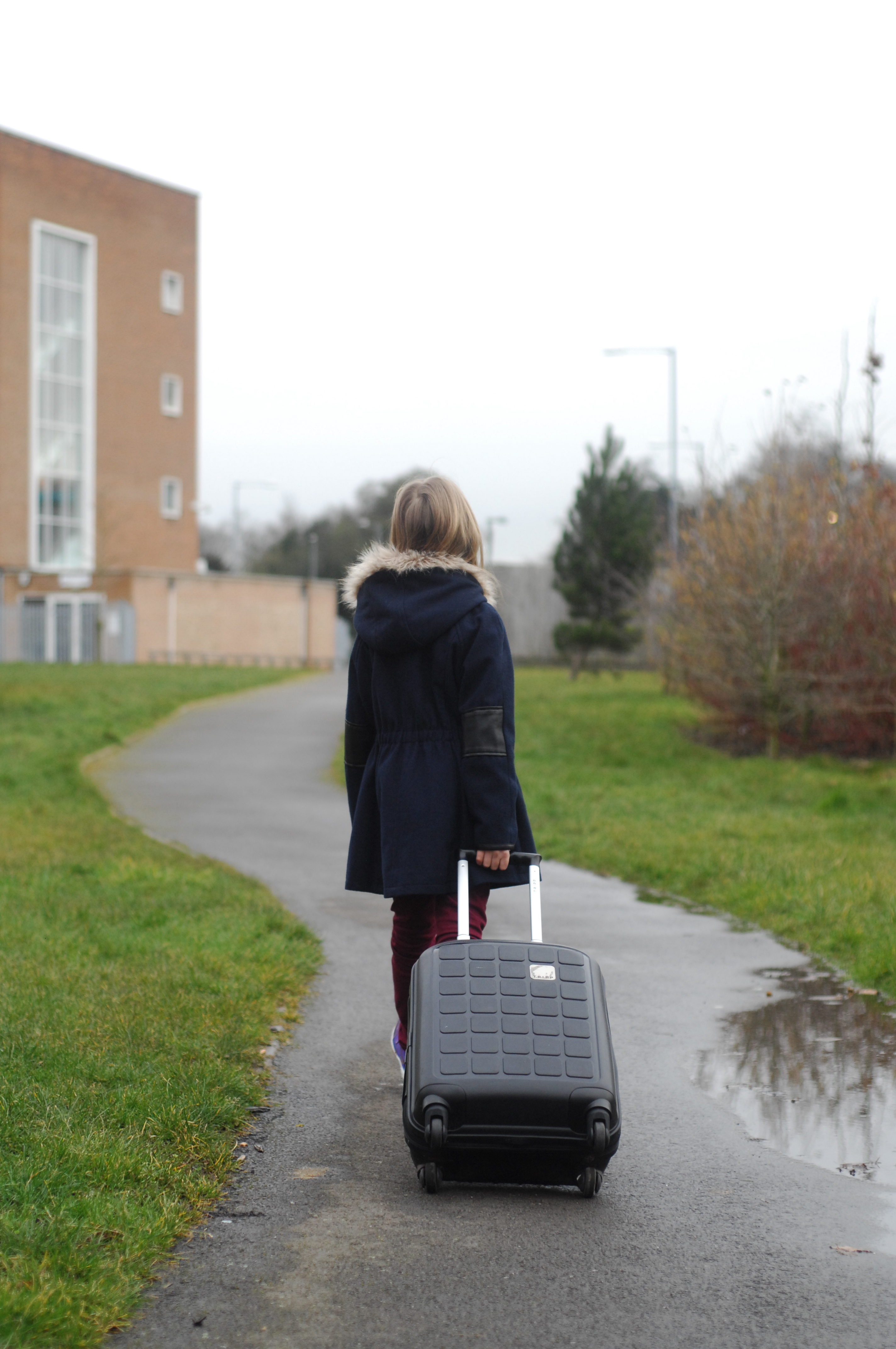 She has a short little list of household jobs that she’s supposed to do every week.  Granted, most of the time she doesn’t do them but occasionally she’ll surprise me with a perfectly neatly made bed, a meticulous room-tidying spree and a quick whizz around her room with the hoover.  She wants to help make sandwiches for lunch and butter her toast or pour her cereal and milk for breakfast.  Last weekend her homework was to do something to help around the house that she has never done before.  She chose to make Daddy’s breakfast so I supervised while she cooked him a bacon and egg sandwich, using the grill and the frying pan and everything. 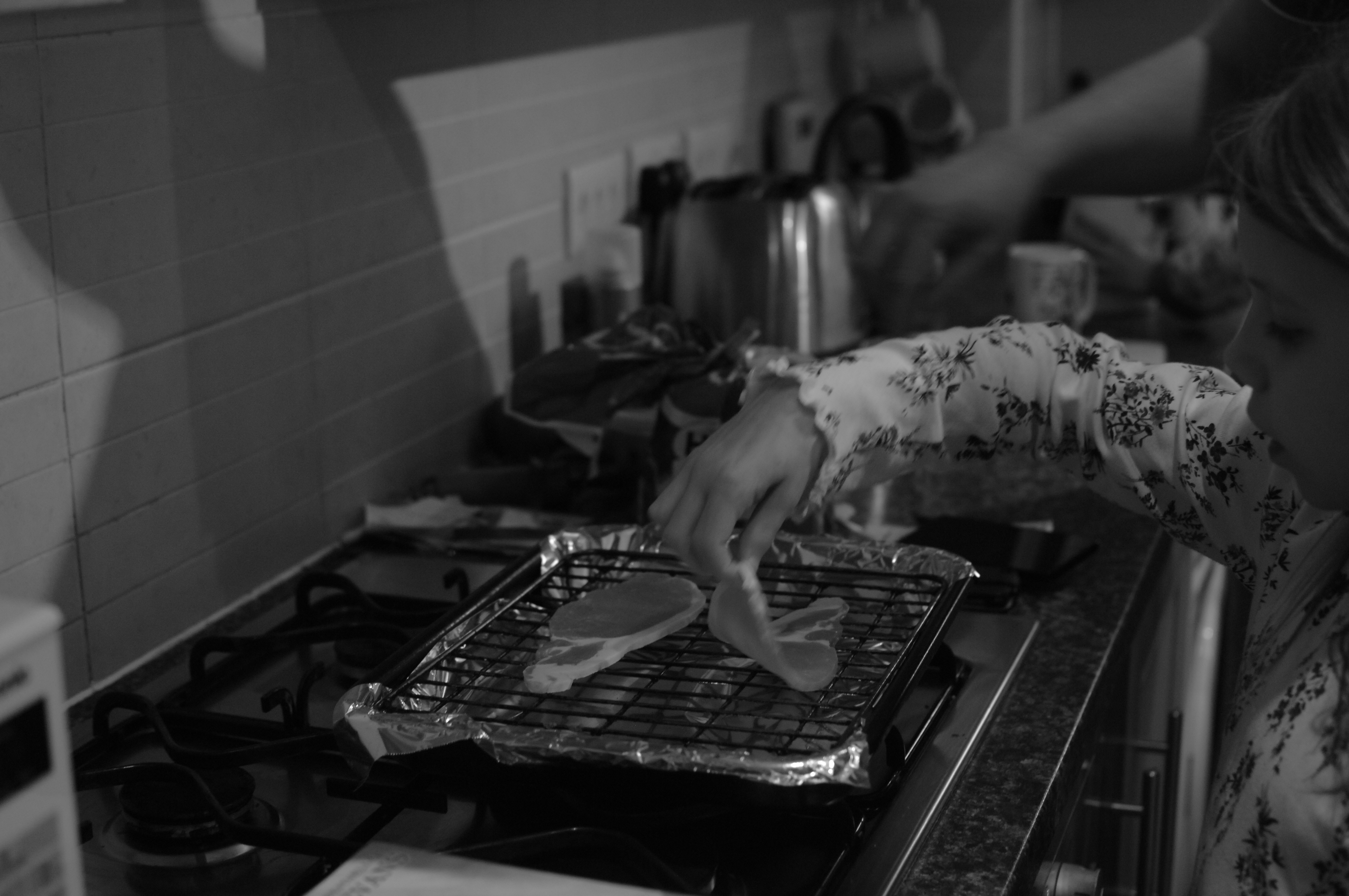 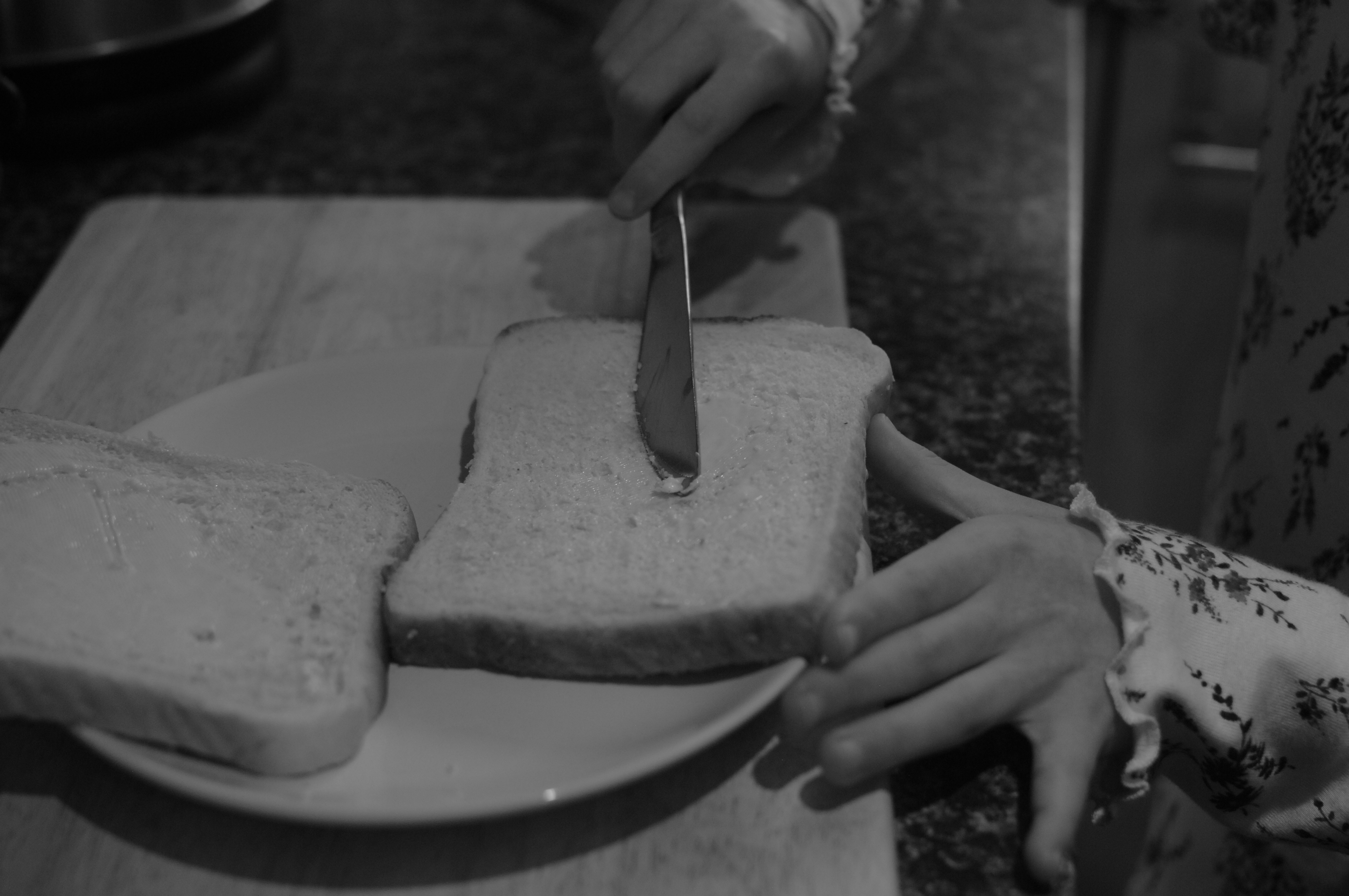 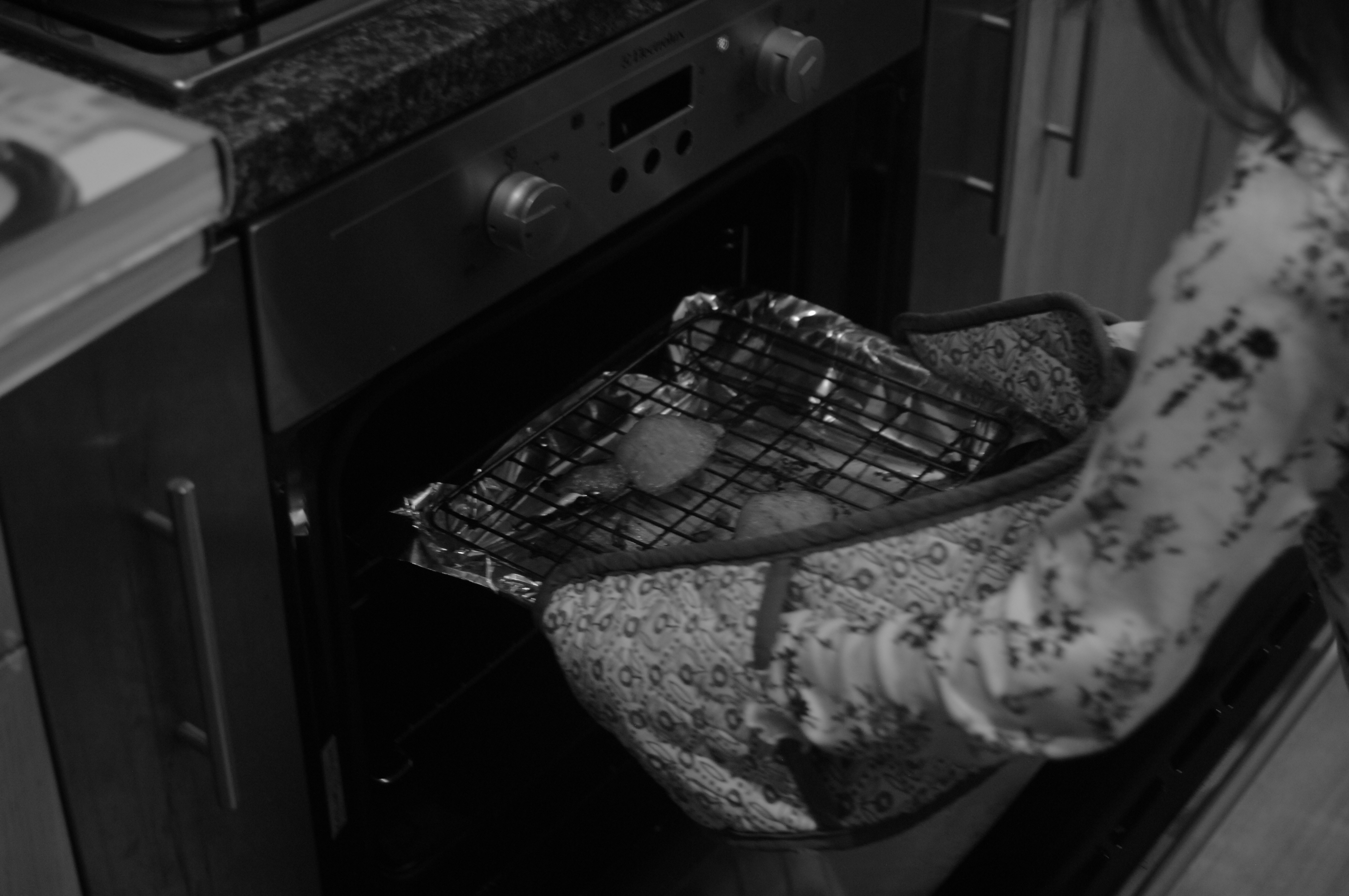 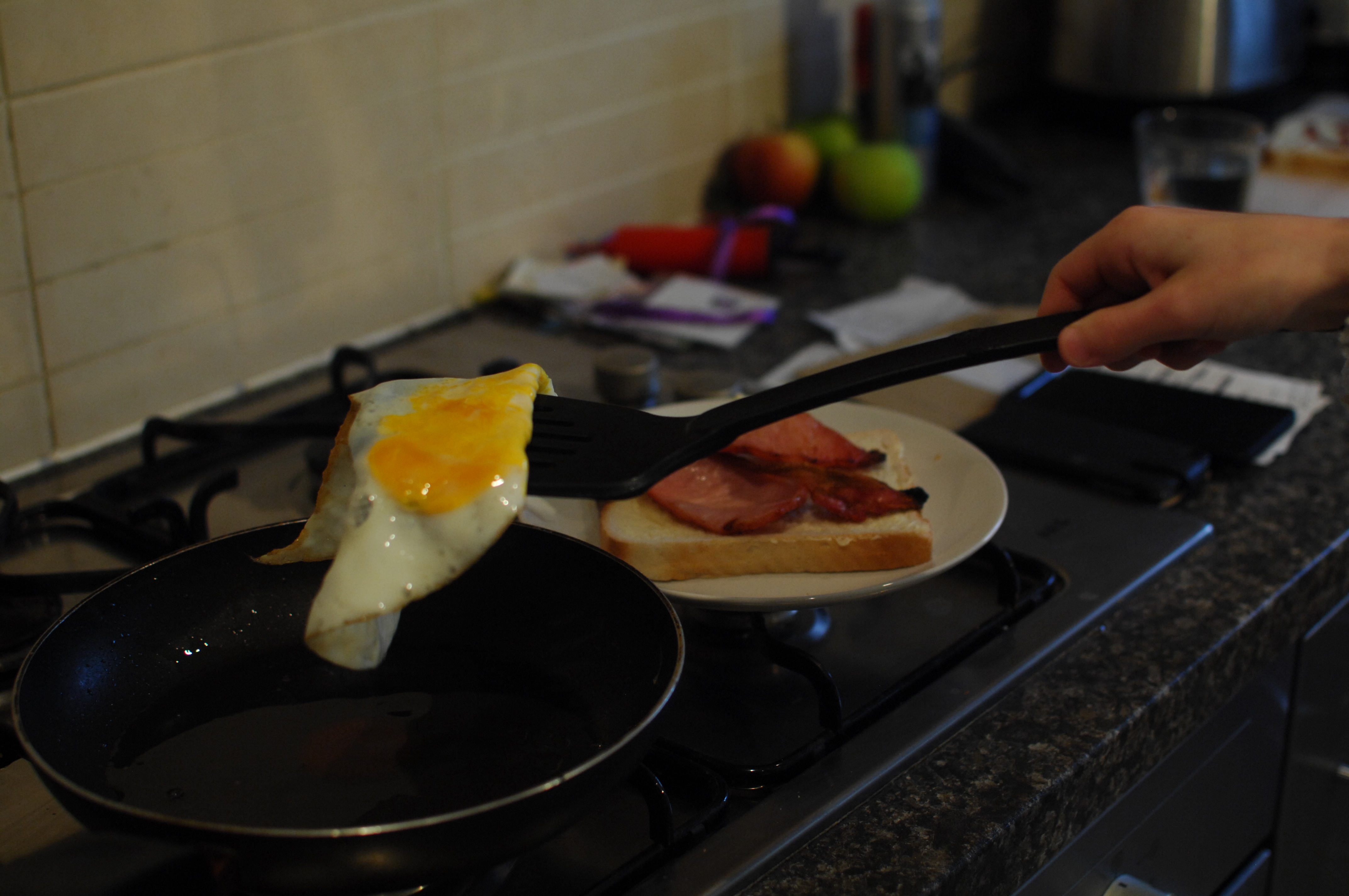 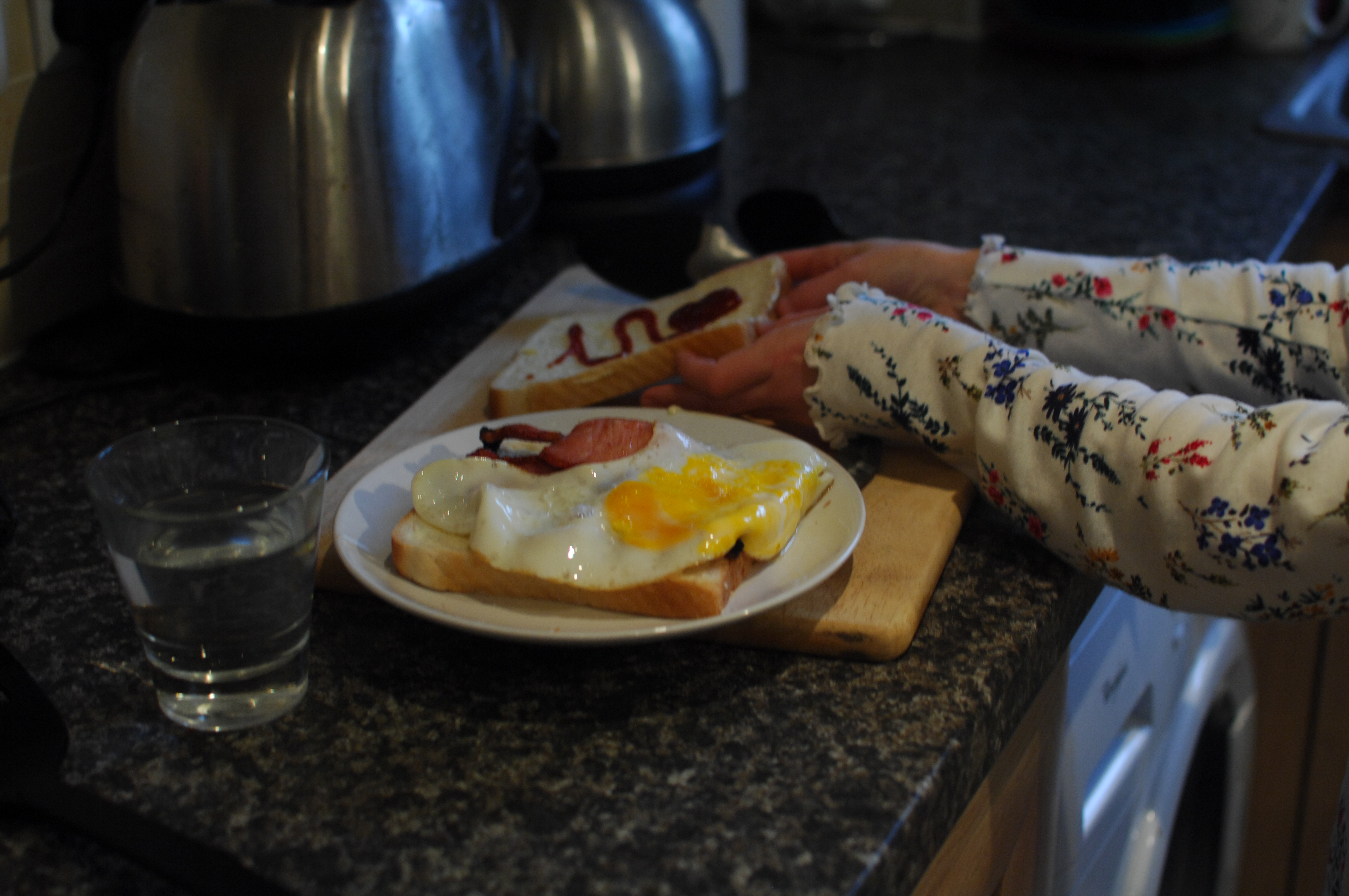 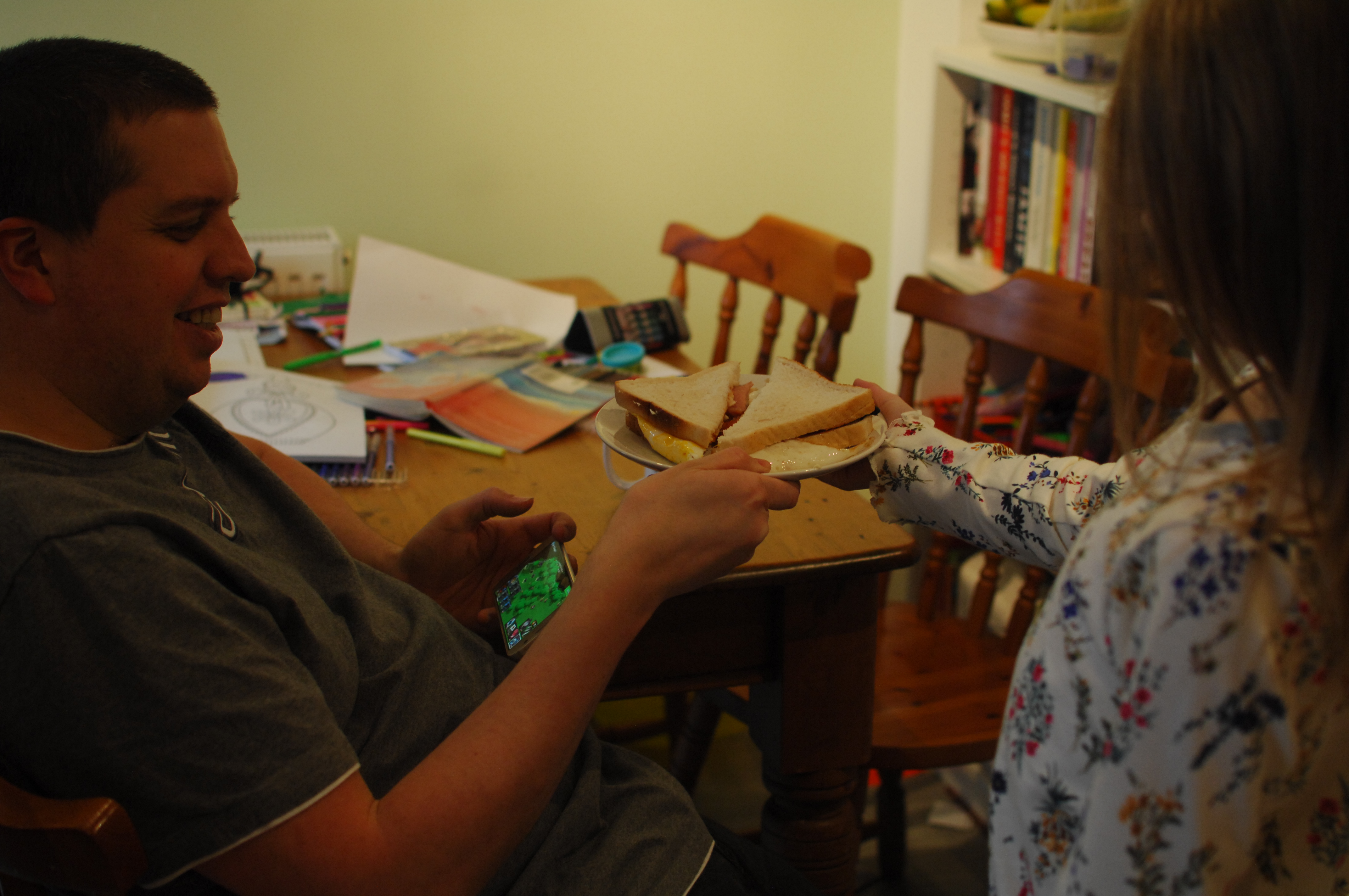 Of course my stepdaughter Sophie, who is 15, is someone she looks up to with huge admiration and awe.  They talk about make up and music and youtube videos together and it terrifies me.  She just seems way too young for that.  But I know deep down that she’s probably not really (within reason) and there’s no harm letting her have a play around with some eyeshadow or lipgloss every once in a while. 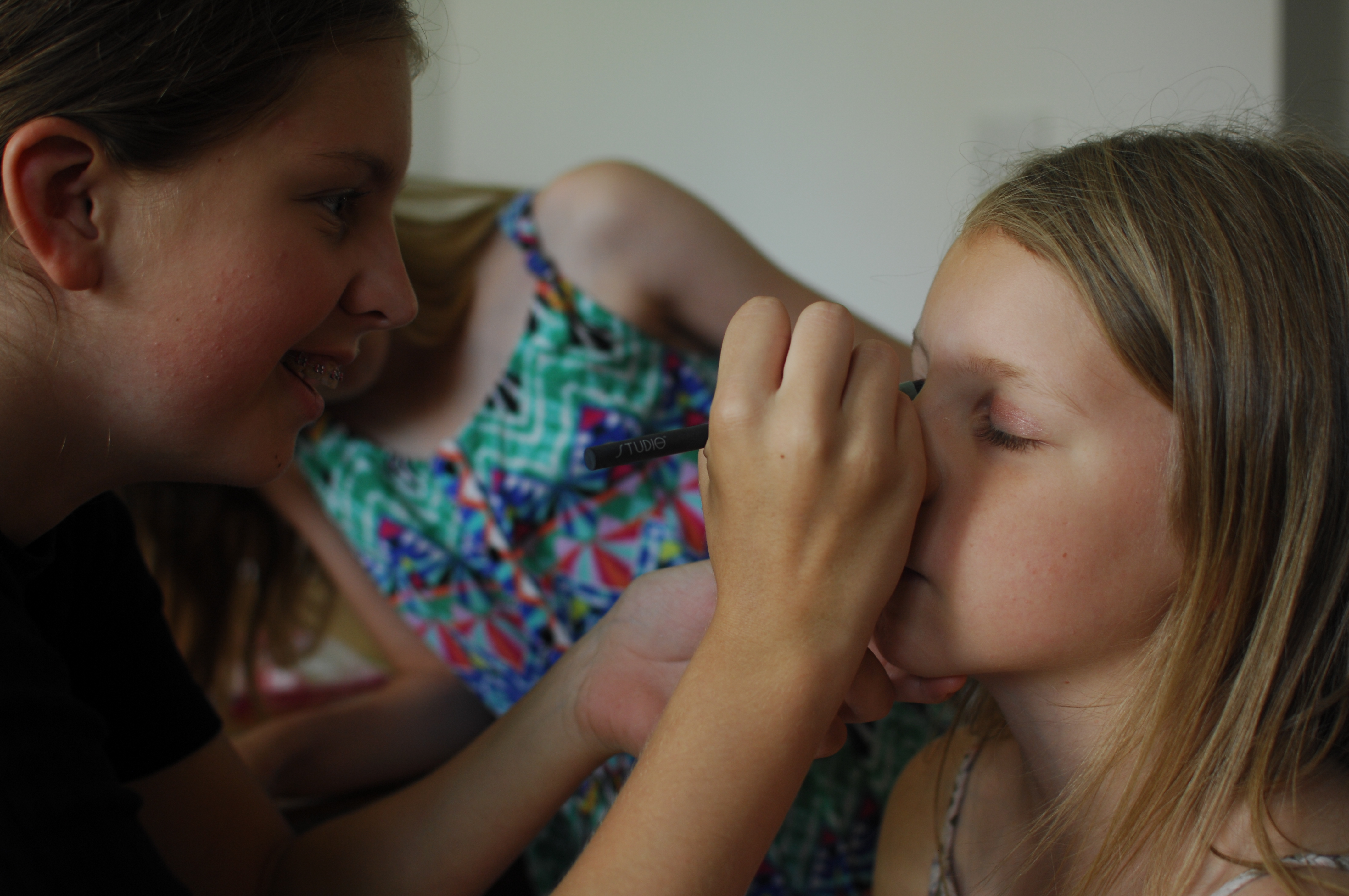 I guess motherhood brings with it it’s own unique set of milestones, just as childhood does.  Just as our children have to learn to become more and more independent from us and develop their resilience to cope with whatever life throws at them, we have to learn how to stand back and let them.  I’m doing my best to embrace with pride the girl she’s becoming, knowing full well that she’s not who she’s going to be yet and trusting that she’s on her way.  I’m also trying to come to terms with the knowledge that I’ll have to go through it twice more in the years that follow with her two younger sisters (although hopefully I’ll be much more used to it and better at it by then!).

I’ve always loved the quote “There are two lasting gifts we can give our children: one is roots; the other is wings” and it’s something I’ve always tried to base my parenting values on.  I’ve just never really had to face the ‘wings’ part so intensely up until this point.

Letting her grow – allowing her to stretch her wings now that she has a firm awareness of the solid roots that her family provide – is quite possibly one of the most important parts of this crazy journey called parenting.  Creating the roots and foundations seems like it was the easy bit now (although I know it certainly didn’t feel like it during the earlier days of toddlerhood!), whereas the prospect of giving her the freedom to fly feels difficult.  I guess it’s coming to terms with the realisation that someone who was once, quite literally, a part of me is now reaching a point at which she needs me less.

Despite all of my worries, I know she’ll be ok. We just need to navigate this next part of the journey together, learning as we go. 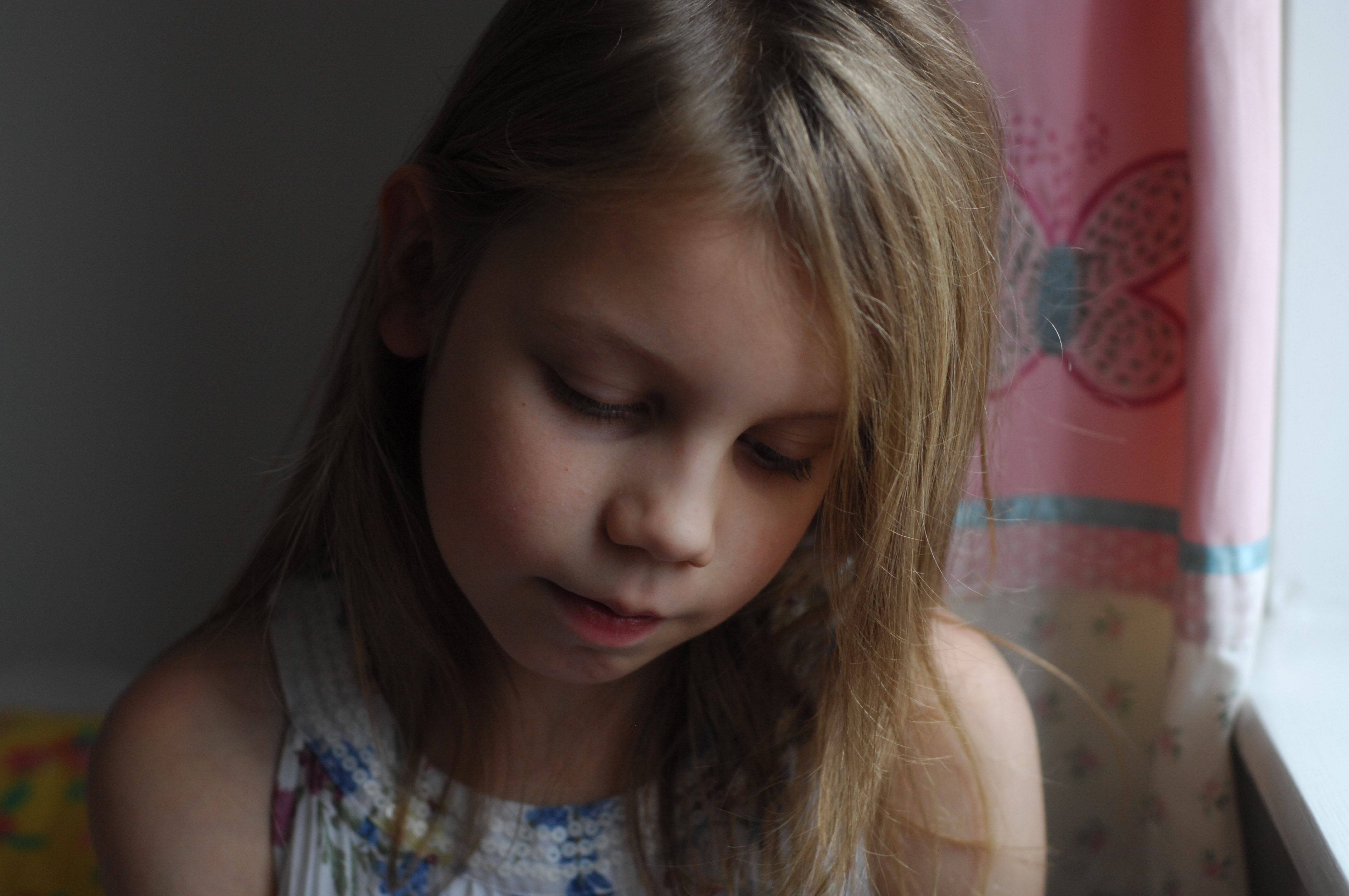 Still waiting for a moving date, still raining every day, still not much going on because we feel like we’re in limbo, but still…