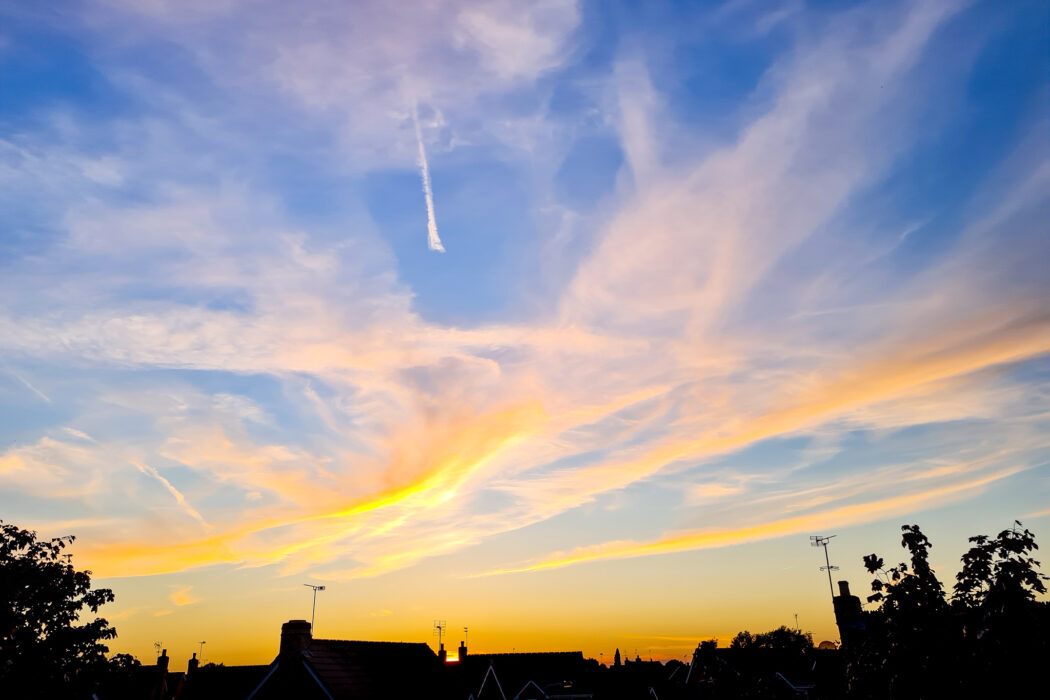 The first month of summer seemed to pass by in the blink of an eye.  There have been school trips and appointments and social get-togethers and sport events for the girls; a weekend away in Leeds watching cricket for Neil; our 8 year wedding anniversary, plus all the usual school-and-work-and-life-admin to navigate.

Lonely Planet Chicago:  Lonely Planet travel guides have always been my go-to ‘bibles’ whenever I visit somewhere new.  I’m very excited to be heading to Chicago for the first time ever at the start of July for Click Community’s annual photography conference ClickAway.  I went to my first ClickAway in Atlanta, Georgia in March 2020, literally days before the pandemic hit and the world shut down.  It was such a brilliant experience that I knew I wanted to do it again.  The conference didn’t run in 2021 because of Covid so to be able to attend this year feels quite significant.

I’ve pretty much had my head buried in Lonely Planet’s guide to Chicago for the whole of June, researching and planning all the things I want to see and do whilst I’m there.  It’s a looooong list – I *may* be being a teeny bit ambitious considering I have to squeeze it all in in-between classes.  I’ll give it my best shot though!  I’m most excited for: city skyline sunsets; skyscraper views; street art; Navy Pier; and standing at the edge of Lake Michigan – one of the five Great Lakes of the USA. 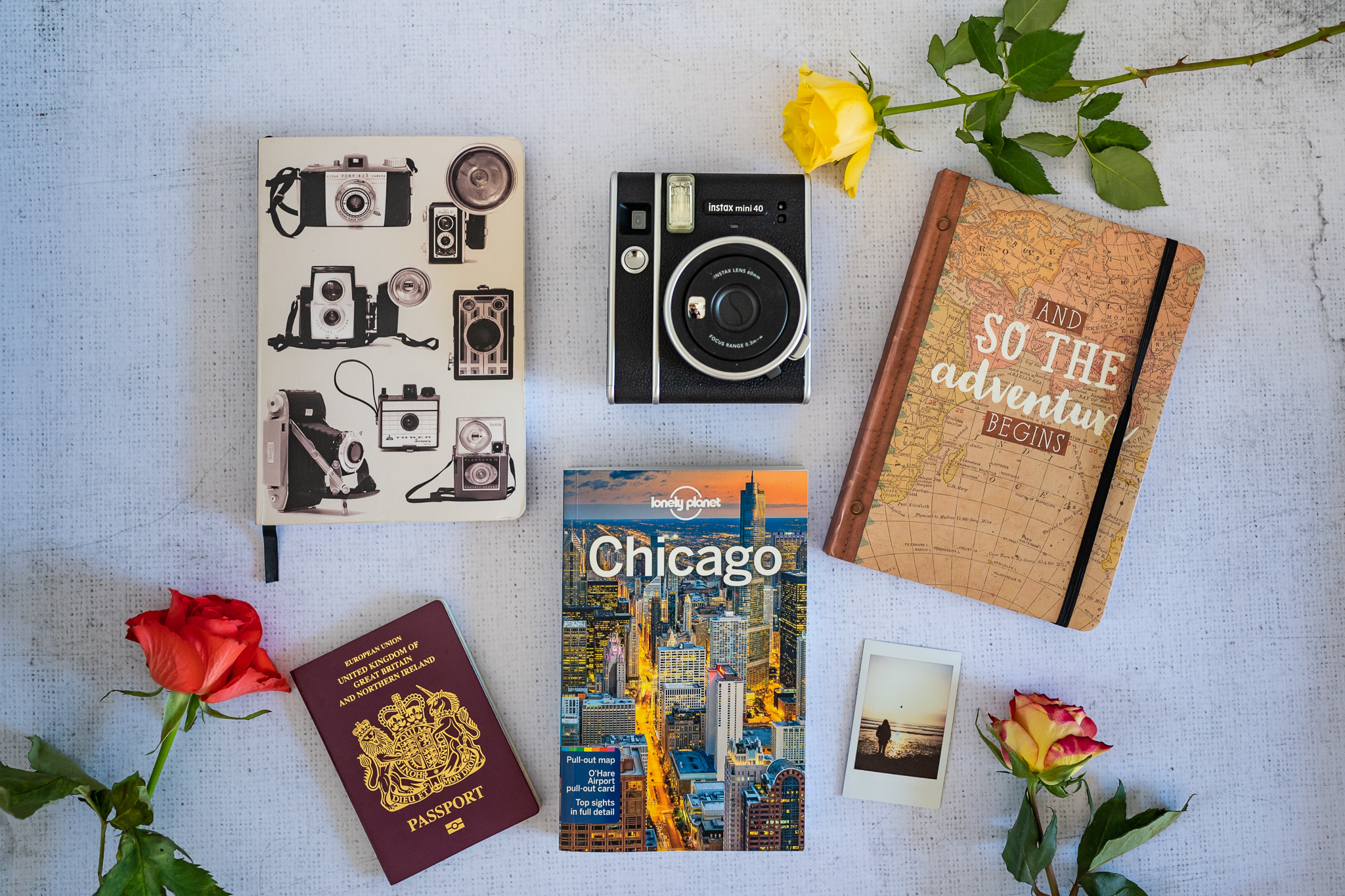 The Invisible Life Of Addie LaRue:  by V E Schwab.  I knew I was going to love this book from the very first page and I was right.  I picked it up to read a few more chapters at every opportunity I got and by the time I reached about halfway through I couldn’t put it down.  It jumps back and forth in time, location and different people’s perspectives but it felt easy enough to keep up with.  The descriptions made me feel as if I was there with the (surprisingly relatable) main characters in every moment.

It’s primarily a character-driven story rather than a plotline where big events happen and that’s exactly the what I like and want in a book.  I also like books that make me think and need to underline sentences to refer back to, which Addie LaRue did multiple times over.  It brought up existential questions along the lines of ‘what’s the point of it all?’, ‘how do you want to be remembered?’ and ‘how do you actually want to live your life?’ as well as the concept of time speeding up, slowing down and eventually running out.  I’m already very much looking forward to reading more books by this author. 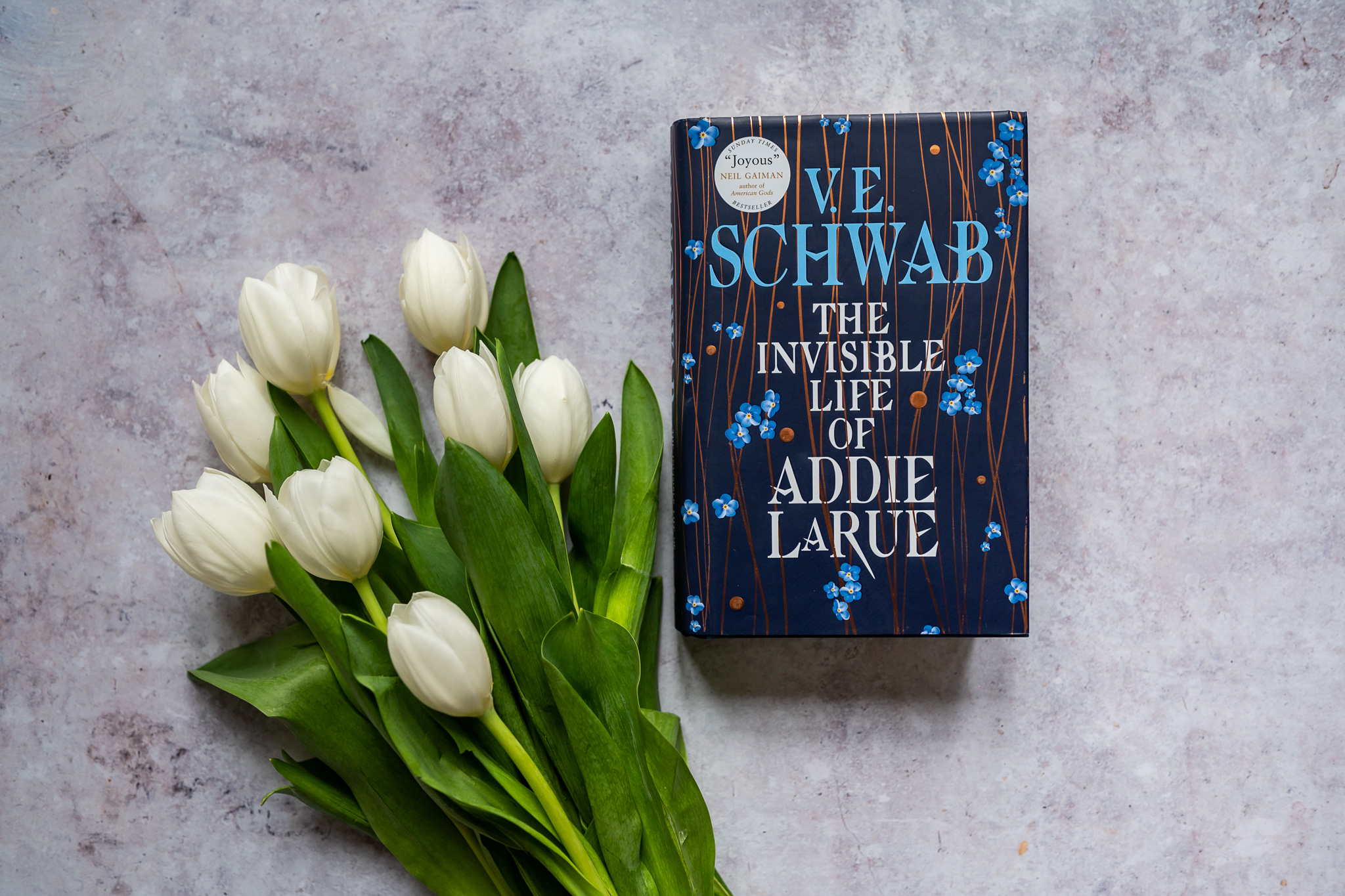 ‘The Invisible Life Of Addie LaRue’ by V. E. Schwab

Sorrow and Bliss:  by Meg Mason.  After finishing Addie LaRue I wanted something completely different, more reality-based than fantasy.  ‘Sorrow and Bliss’ was exactly what I was looking for.  It reminds me a little bit of ‘Normal People’ by Sally Rooney in the way it’s written.  It’s a very honest, heartbreaking-and-devastating-and-hopeful (albeit fictional) depiction of mental illness and how it impacts on relationships.  As a result it’s not so much a book to ‘enjoy’, although it is very dryly funny in some parts – it’s made me laugh out loud in lots of places as well as feel all sorts of other feelings.  I’d describe it more as an experience to dive right into and immerse yourself in because the characters are so real that you can’t help but connect with them. 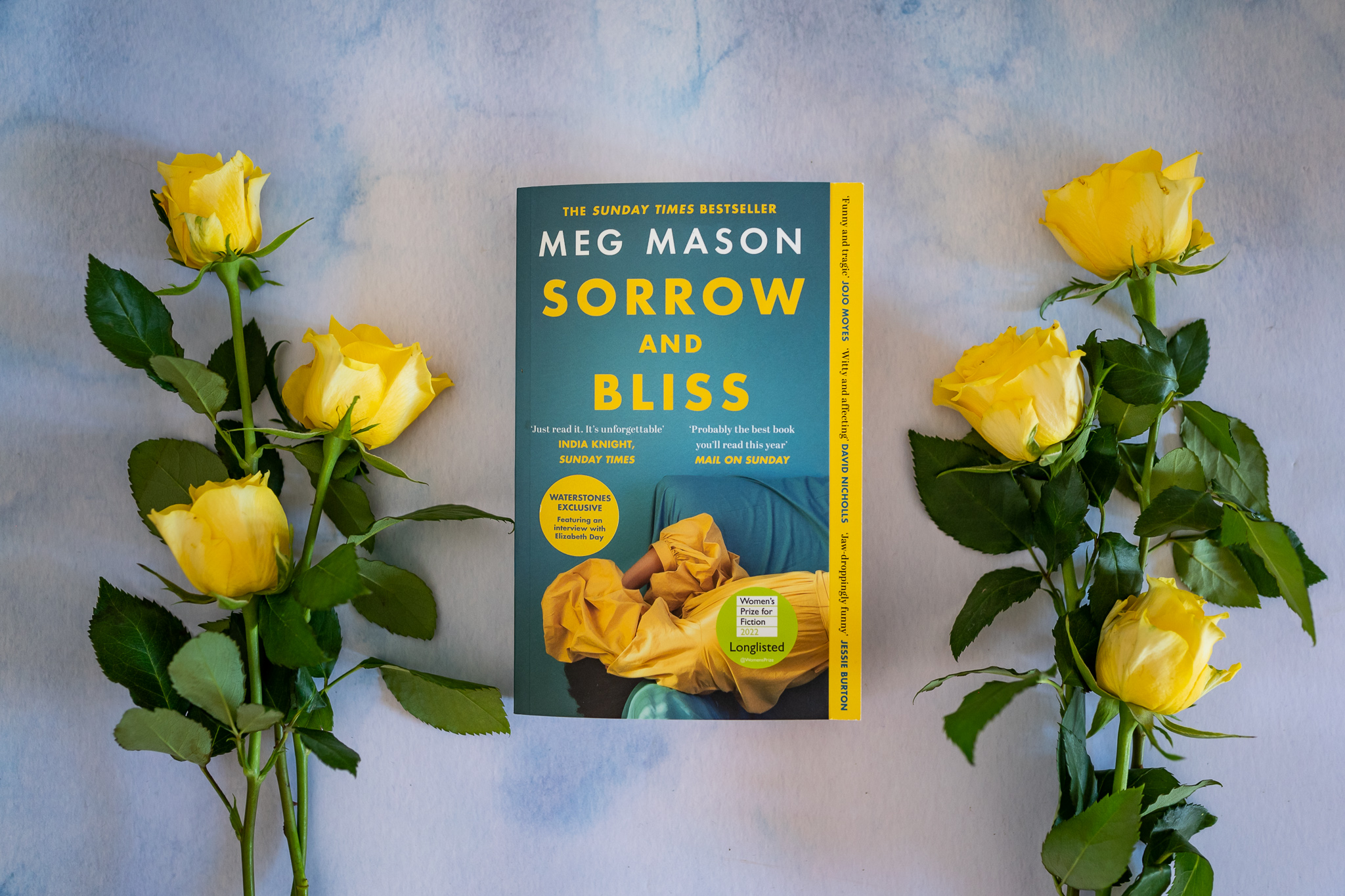 ‘Sorrow and Bliss’ by Meg Mason

Stranger Things:  With the much anticipated Season 4 of Stranger Things airing this month, we started right from the beginning and re-watched all of Seasons 1, 2 and 3 – two episodes a night – so that we could start Volume 1 of the new season as soon as it was released.  I’d not seen all the episodes before as Neil was more into it than I was when it first came out so there were some episodes I remembered and some that were totally new to me as I’d missed them first time around.

Watching it in such an intense way made me realise just how remarkable and unique a show it is.  And the 80’s soundtrack is fantastic!  I love all the characters and how they develop throughout the show (Steve and Hopper are my favourites I think and Winona Ryder is utterly brilliant as Joyce).  We’re now eagerly awaiting Volume 2 – the last two episodes to conclude Season 4.

Heartstopper:  Ella and Mimi have been obsessed with the Heartstopper series of graphic novels (written by Alice Oseman) for several months now so they were thrilled when it was recently adapted into a TV show.  They watched it as soon as it was released and talked of nothing else for weeks.  I like to try and keep up with what they’re into so I can join in and chat with them about anything that might come up in conversation, so asked if I could watch it with them.  They were thrilled at the opportunity to see it again and it was really lovely spending time hanging out with them on evenings when Neil was at work.

Heartstopper is set in a high school and is primarily about two boys who fall in love surrounded by all the other stuff that goes on in teenagers’ lives – all the friendship dramas and big issues that come up around bullying, discrimination, sexuality and relationships.  It’s so beautifully and honestly depicted – I loved it and am looking forward to watching Season 2 when it gets released.

Summer Solstice:  Sunrises and sunsets have always been significant to me and I’ll always say yes to the opportunity to see one.  Watching them both on the Summer Solstice for the first time last year (as part of my 40 Things Before I’m 40 list) felt even more special and I’m so glad I was able to do it again this year – the sky put on a pretty magical show. 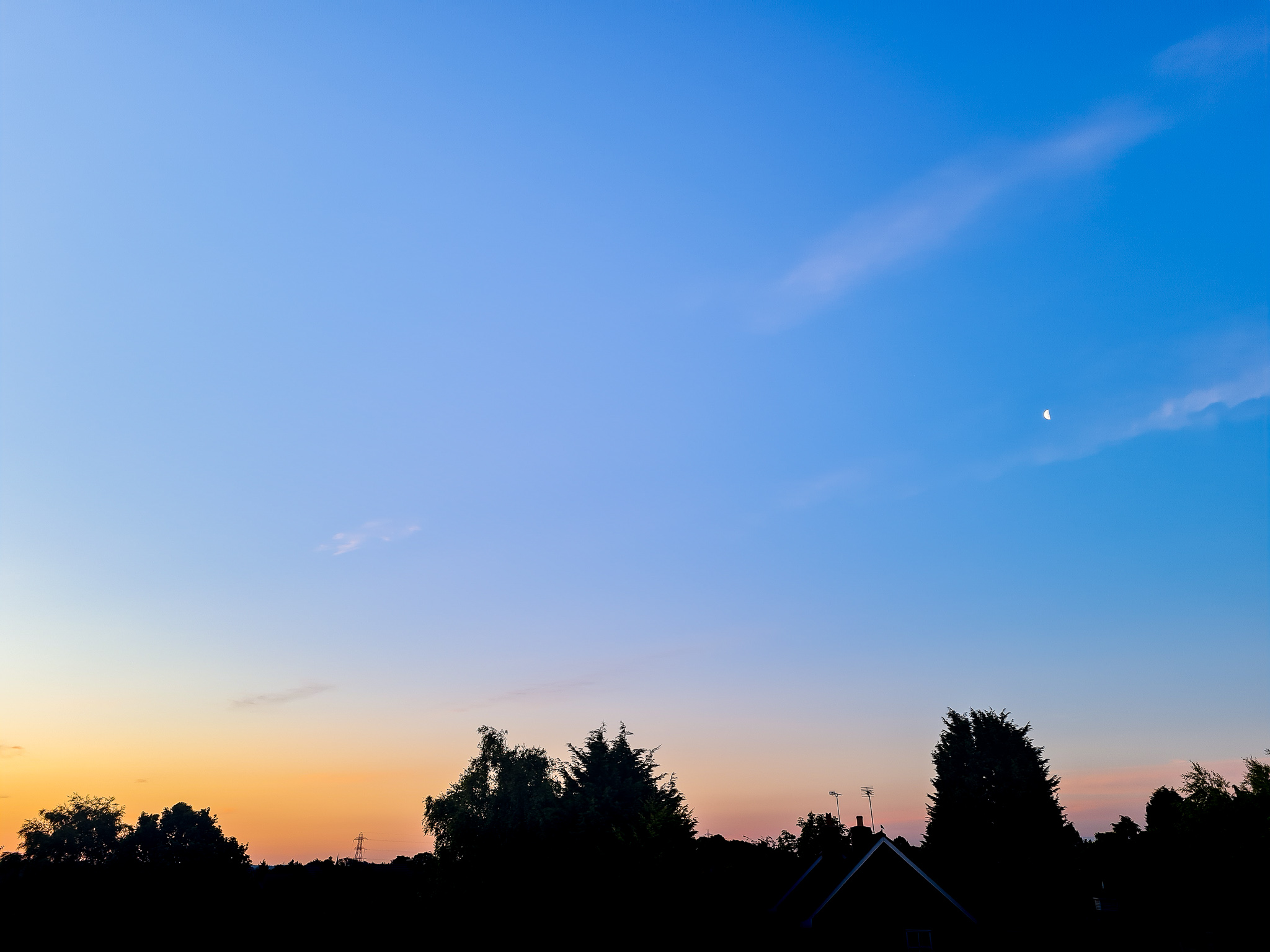 Sunrise on the Summer Solstice – can you see the moon? 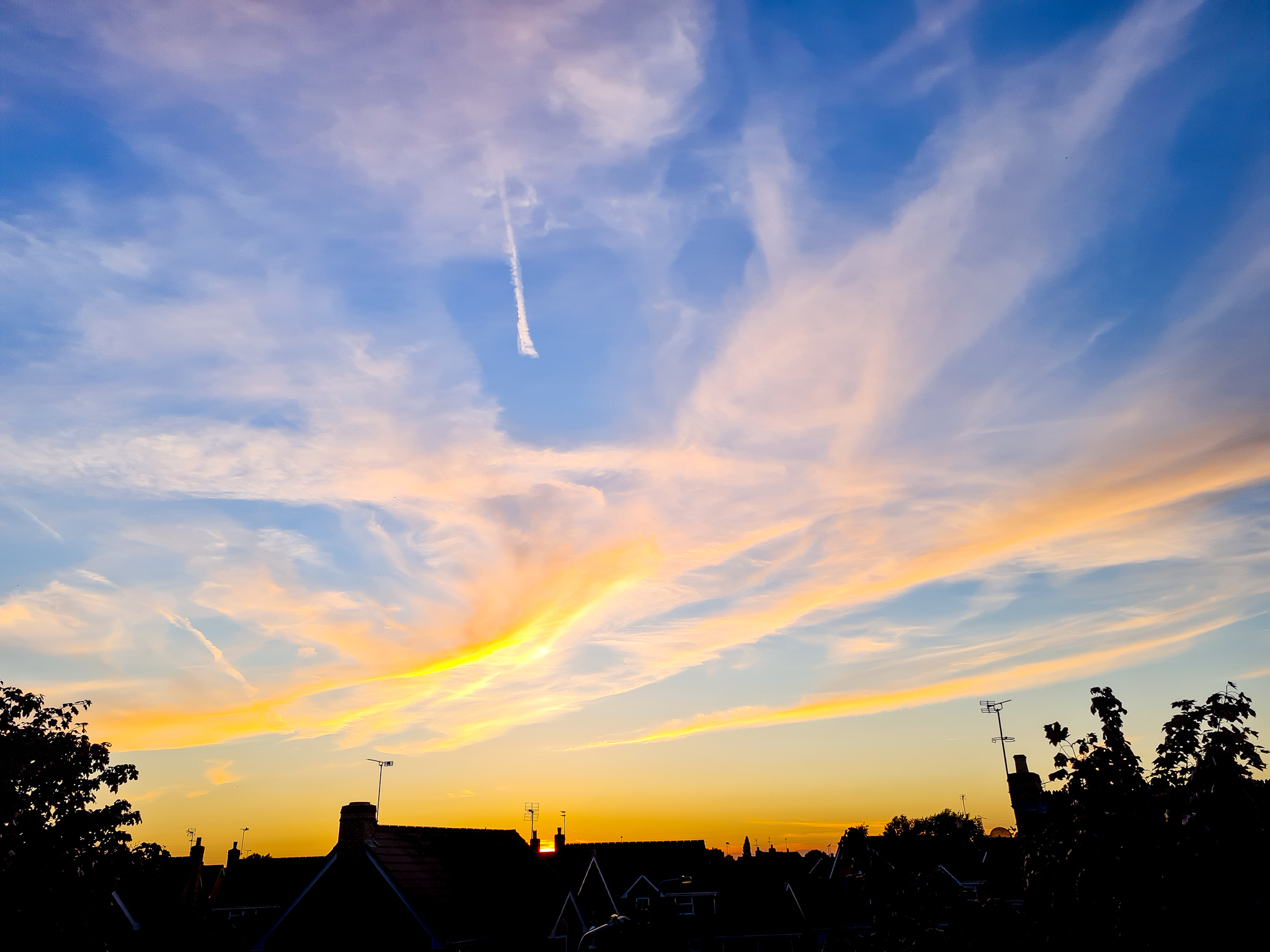 Sunset on the longest day of the year

Ed Sheeran:  Neil and I went to see Ed Sheeran on his +x/= tour up in Manchester.  On a school night!  Our first time seeing live music since before the pandemic started, I’ve really missed it and I’m so glad I manage to snag some tickets when they were released last year.  I love Ed Sheeran and his music – I have done since he released his first song ‘The A Team’ back in 2011.  I like the honesty and meaning inherent in his lyrics and the music itself makes me feel all sorts of things.  He came across as really genuine and humble in his performance and he is a ridiculously talented musician.

I loved every minute of the gig – there were 25 songs in the whole set and it was non-stop for two hours straight.  I liked that it was simple – there was just him and his instruments, no backing dancers or complicated choreography, a few fireworks thrown in and that was it – it really was all about the music and connecting with the audience.  It was just fantastic and I’d do it all over again without a second of hesitation if I could. 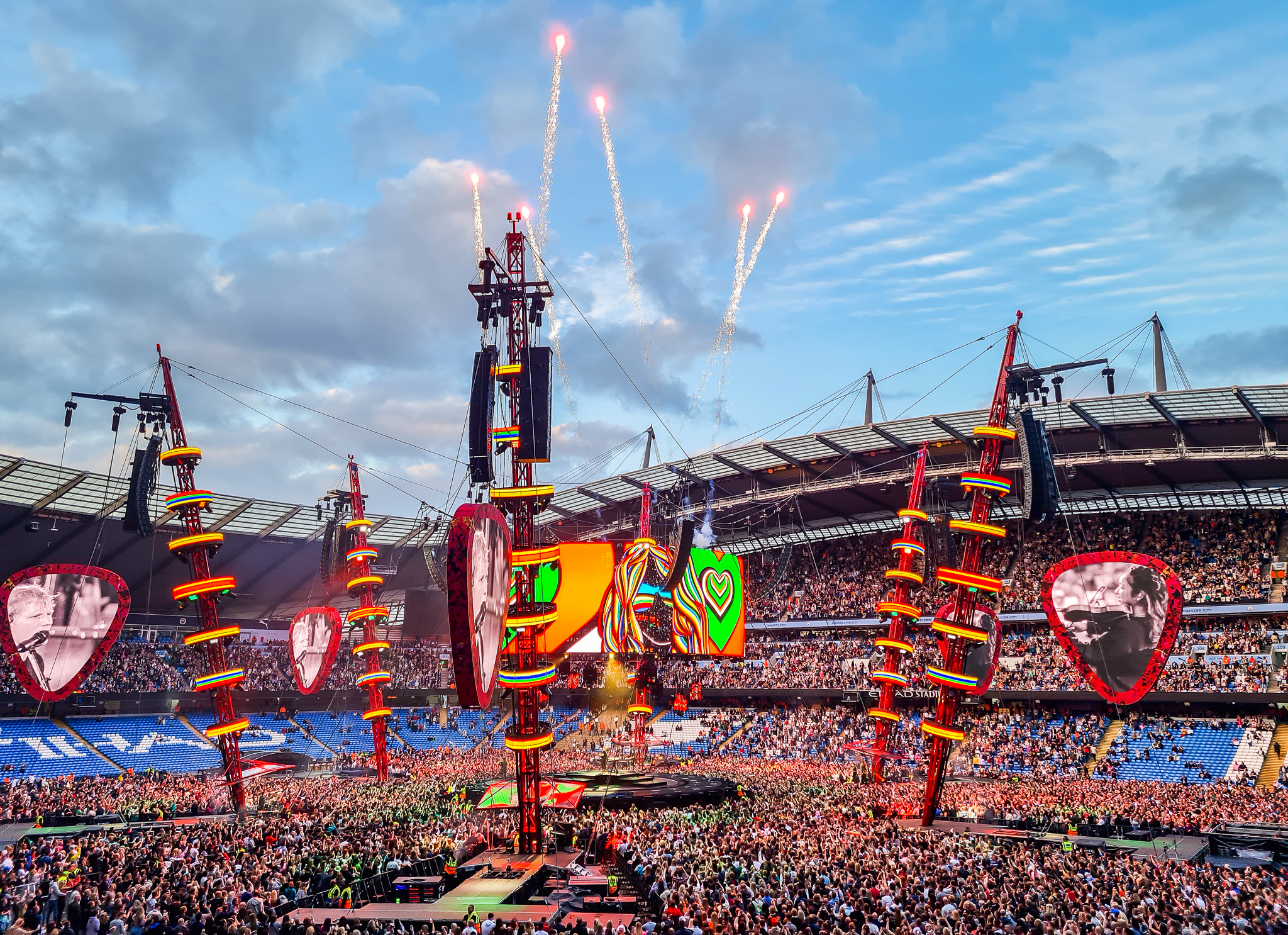 Ed Sheeran, performing Galway Girl on the first night of his run of gigs in Manchester

A decision:  At the beginning of the month I made the decision to take the whole of July off from client-facing therapy work.  I haven’t really stopped working throughout the whole pandemic (apart from an occasional week here and there to go to Cornwall).  I’m mentally exhausted and desperately in need of a proper break to refresh and recharge and get back to my ‘why’.  I’ll still be working on a couple of big things behind the scenes so it’s not ‘time off’ as such, but it’ll be the change I very much need right now.

Baggy jeans:  Technically I’ve not worn them out yet but I have bought some!  I’ve been looking for some low-waisted baggy jeans for ages (everything in the shops has been high-waisted for so long now and I find them ridiculously uncomfortable to wear).  I finally found some in H&M.  They were way too long so I’ve turned them up at the bottom and I love them.  They feel very different to wear from the skinny jeans I’ve lived in for years so I think it’s going to take me a while to get used to them.

Exams:  Ella sat her first ‘proper’ high school exams, called PPE’s, this month.  They’re intended as preparation for her GCSE Mocks (which she’ll be sitting in November) although with everything that’s happened with exams over the last two years of Covid, school have placed extra importance on them just in case they do end up counting towards her final grades.  She seemed to manage them well, balancing out intense revision with enough downtime.

I can’t help but think that this time next year she’ll have just finished her actual, real GCSEs, which seems crazy.  I swear she was still a toddler just five minutes ago and yet in less than six months she turns sixteen years old. 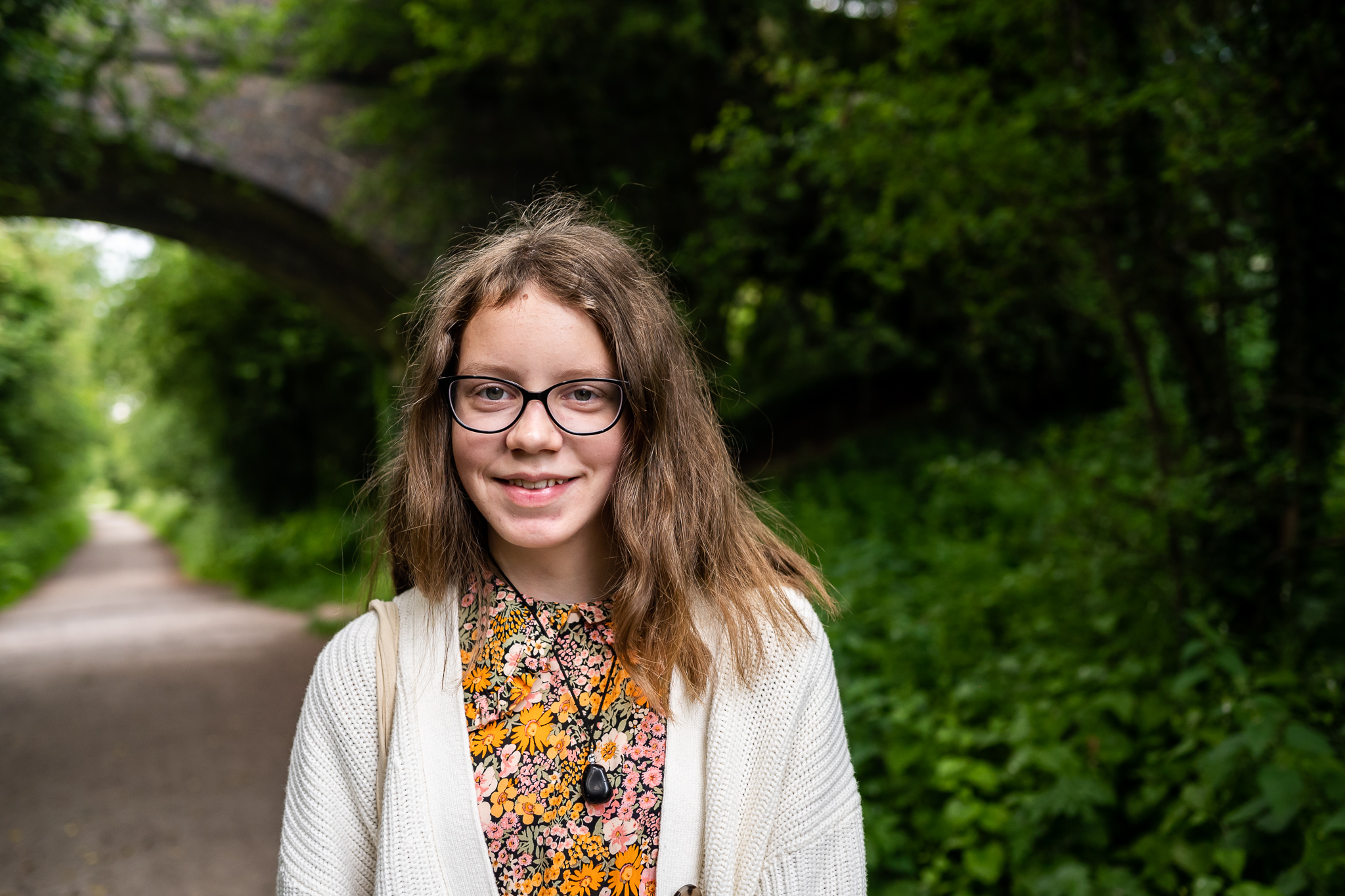 Ella seemed to take her exams in her stride

The sixth chapter of the year is now closed and we’re halfway through 2022.  I’m very much looking forward to July – it’s going to be a mixture of travel, the end of term at school, a family holiday and lots more good things sprinkled in between.

I hope that you found plenty of little things to love throughout June and that July is full of fun and moments to remember.

A VERY late edition of Project Happy. Half term was such a whirlwind that I wasn’t on my laptop very much and once we…