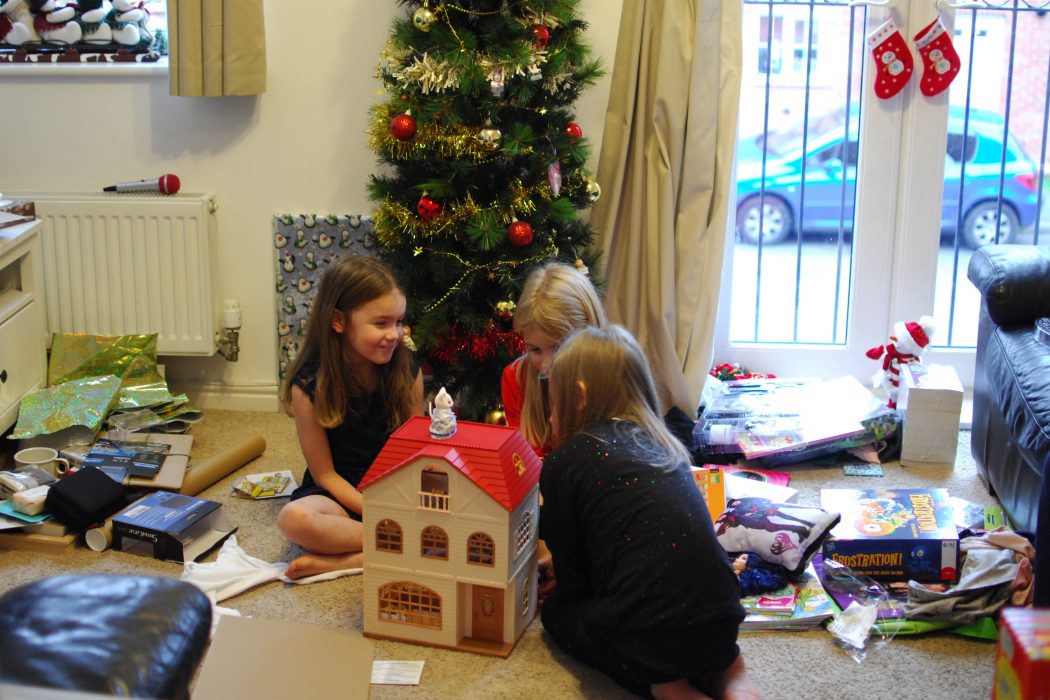 Christmas is a relatively quiet affair in our house.  I’ve mentioned before that the husband only really gets Christmas Day itself off – the rest of the time he’s working and so it’s up to the girls and I to make our own fun.

I love the little Christmas Eve traditions that we’ve created over the years as they’ve been growing up.  I’ve never really done a Christmas Eve box for them like I see other people doing – to be perfectly honest I think Christmas (plus all the birthdays we have at this time of year) is expensive enough already without the added financial strain of doing an extra box of presents for each of them the day before, although I do really love the idea of it.  They get plenty of presents on Christmas Day itself anyway – I don’t think they need any more.

Instead we watched the girls messages from Santa via the Portable North Pole website, and then we tracked where Santa was in the world via the NORAD website.  He was somewhere over Africa when we checked just before the littlest one went to bed.

Then they carefully laid their empty sacks out under the Christmas tree ready for Santa to fill with presents, we made sure the magic key was tied to the door handle outside (we don’t have a chimney so this is an absolutely vital part of the ritual – otherwise Santa wouldn’t be able to get in!) and left out a carrot for Rudolph plus a piece of Daddy’s birthday cake (with a little explanatory note!) and some milk for Santa.

Christmas Day started at the relatively respectable time of 7am this year (unlike previous years where it’s been much earlier!). We had breakfast and got dressed, then headed to the lounge to see if Santa had been… 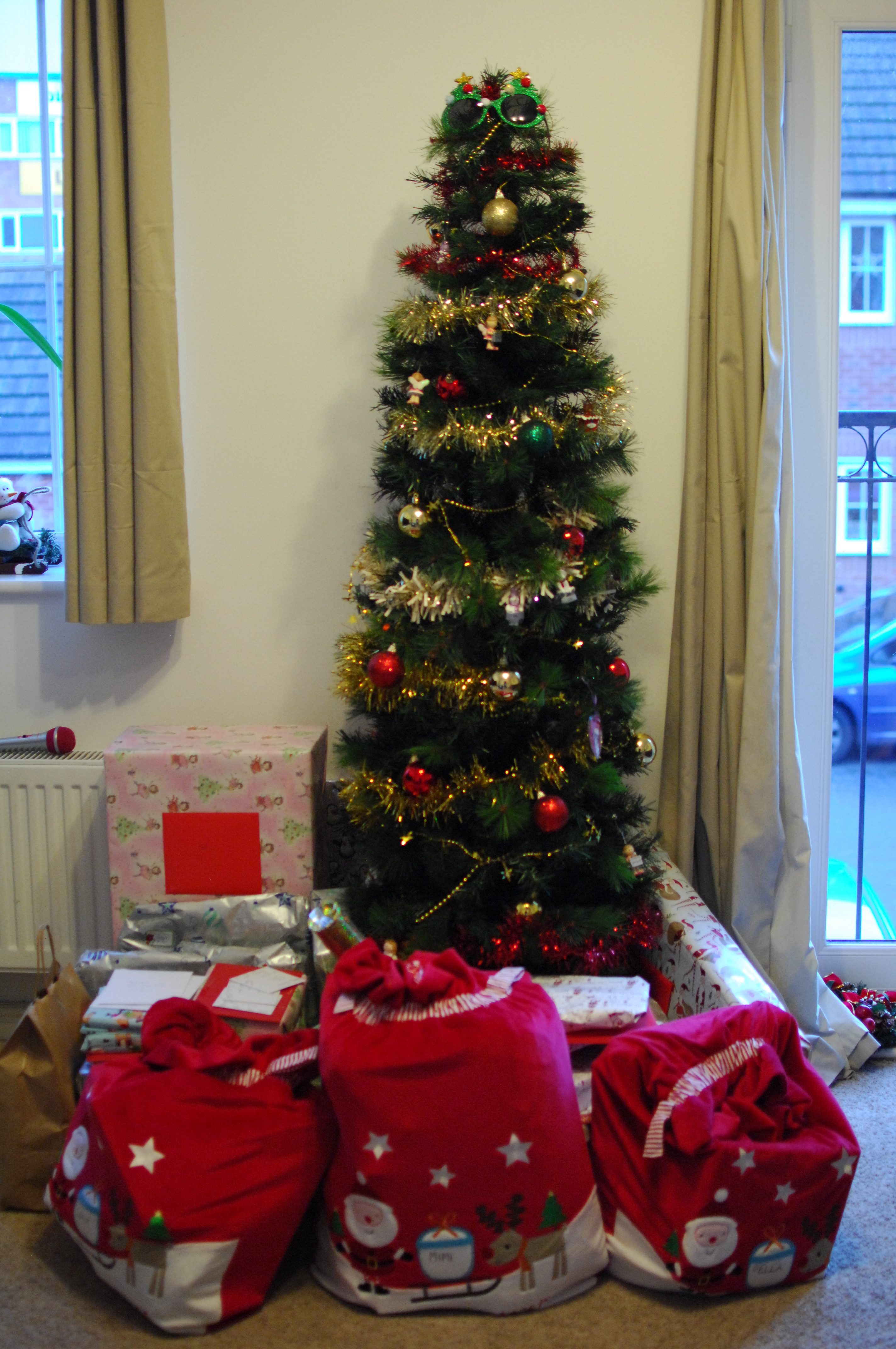 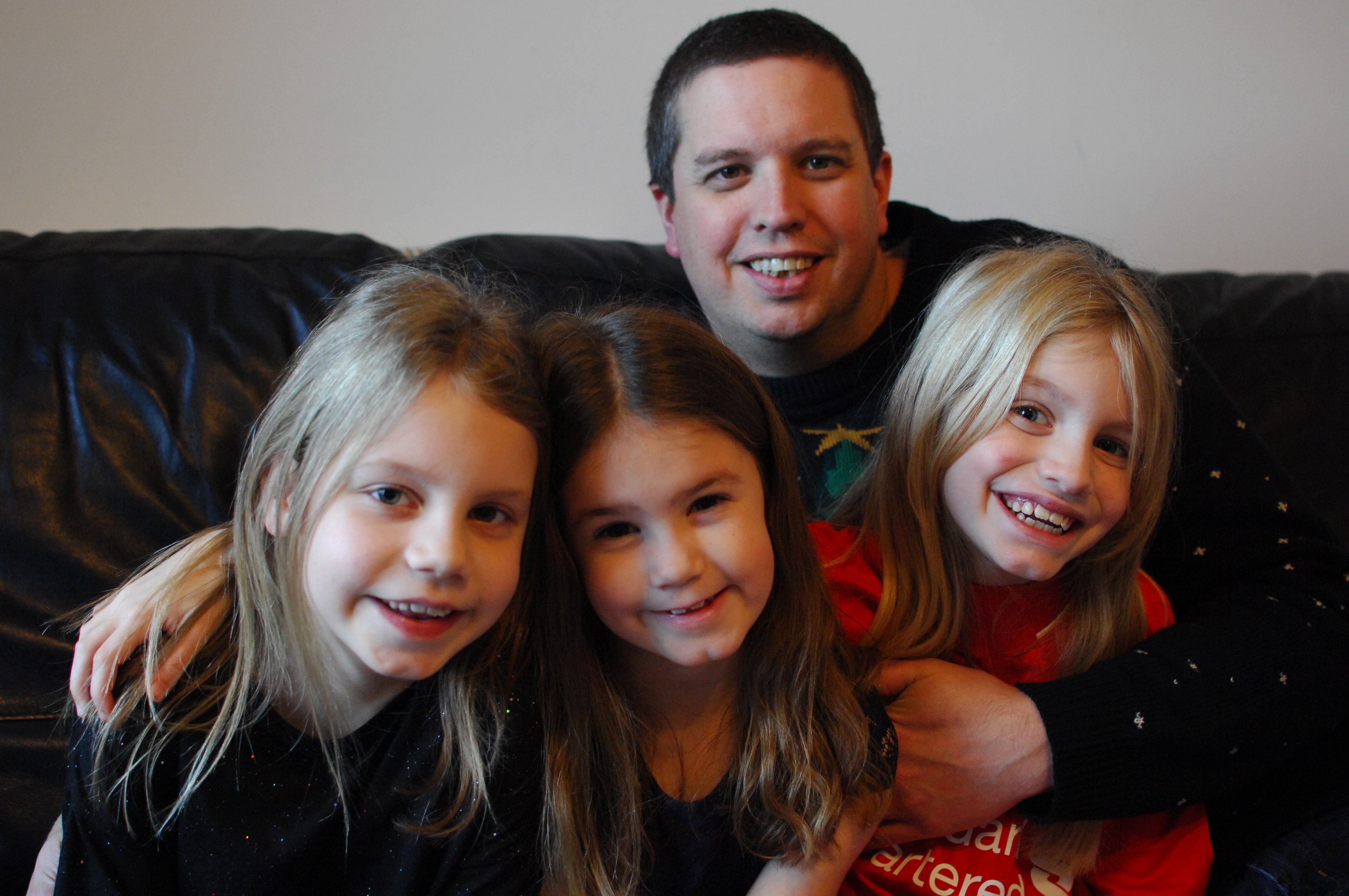 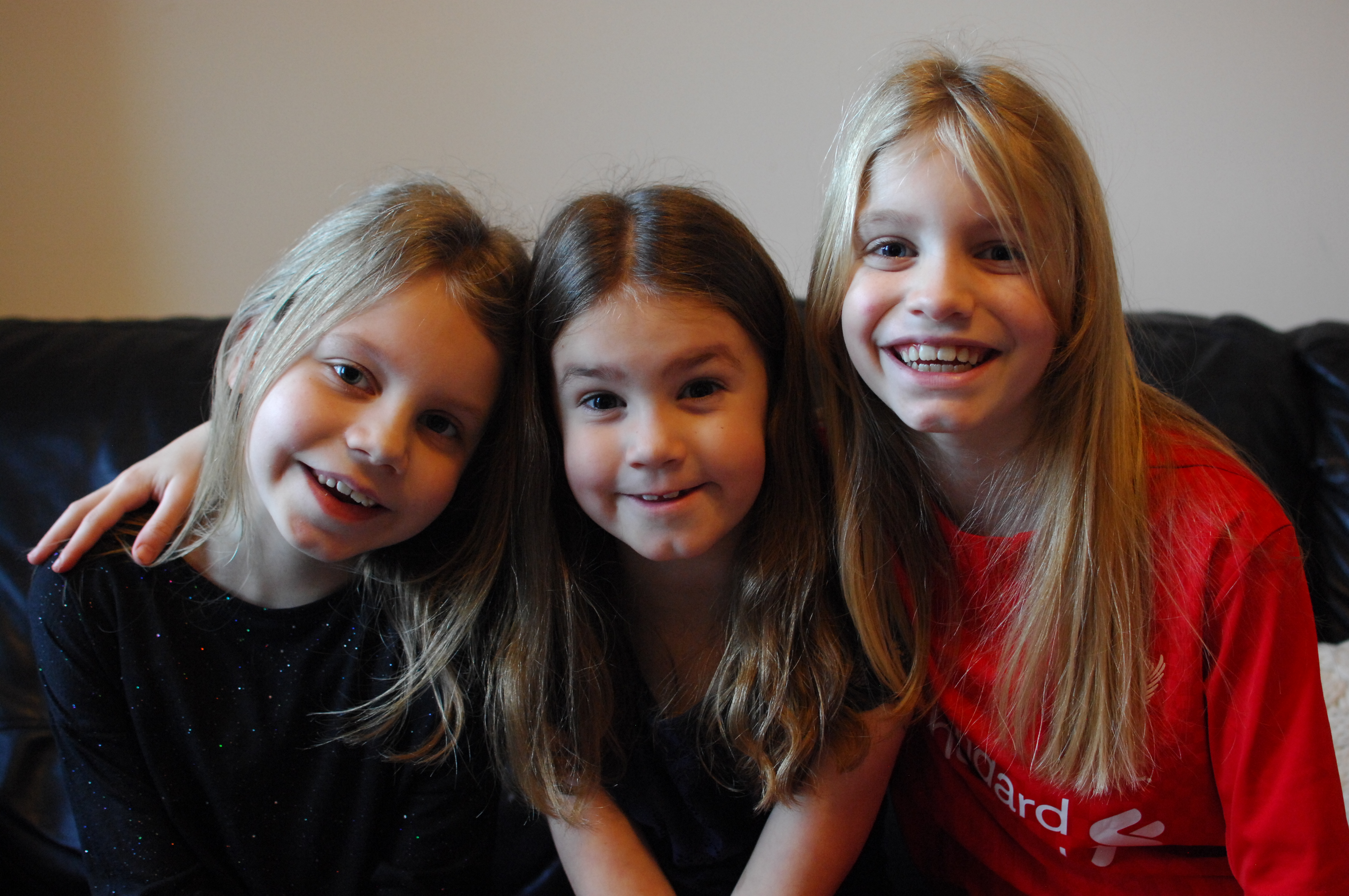 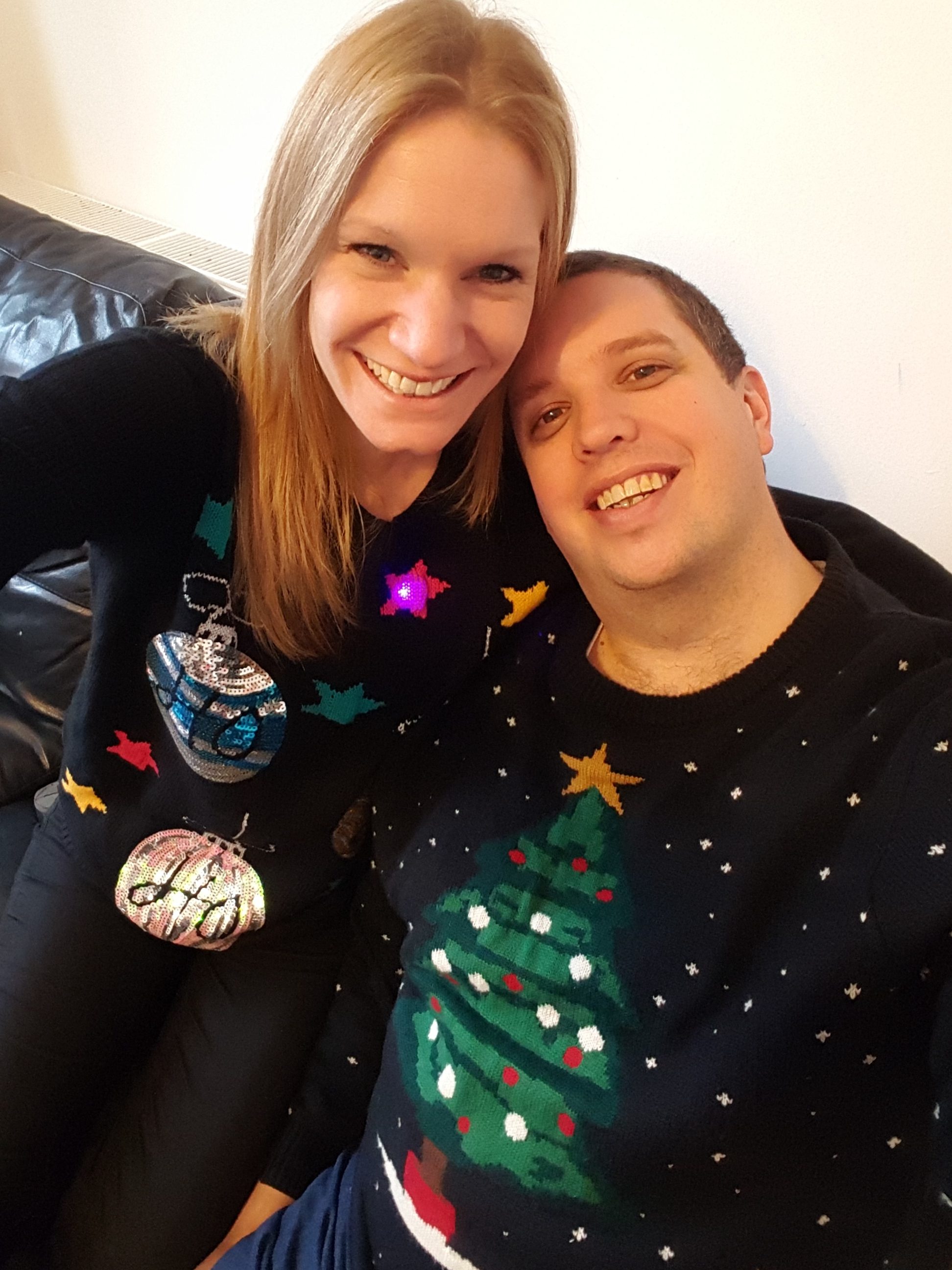 Of course he had and so the rest of the morning was spent opening (and playing with) presents and toys. Something I noticed this year was that the girls really took their time over opening their gifts. When they were younger it was a bit of a free-for-all, like there were three Tasmanian devils in our lounge, with wrapping paper flying everywhere and the whole thing being all over within about ten minutes. Now that they’re older they were far more…mindful (if that’s the right word?), spending time reading the labels of who the gifts were from, and really looking at each present before carefully adding it to their pile and moving on the next. They seemed to be a lot more thankful as well – squeals of joy at the smallest and simplest presents, bear hugs for each of us and “Oh thank you, thank you, THANK YOU!” repeated over and over. 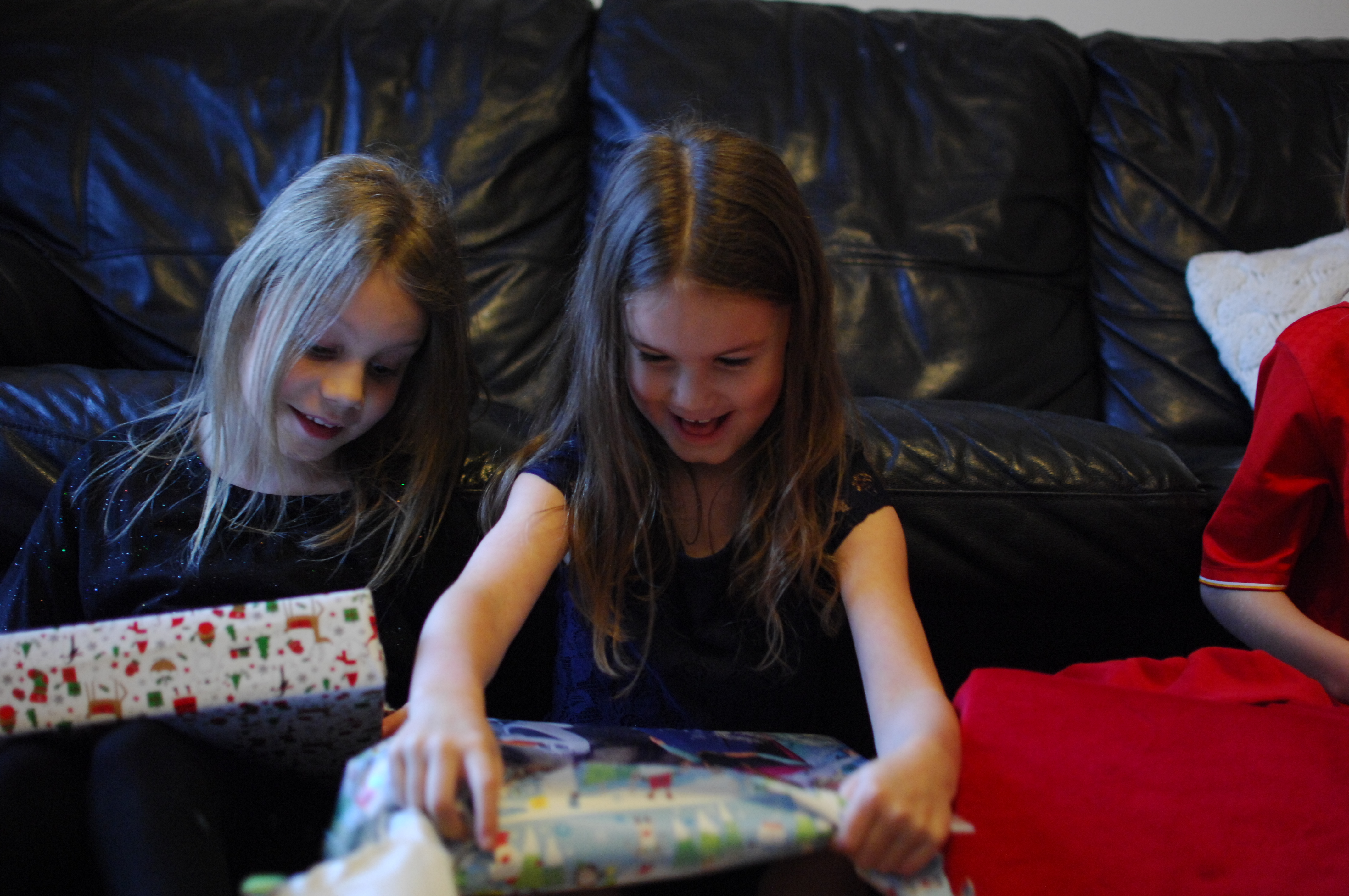 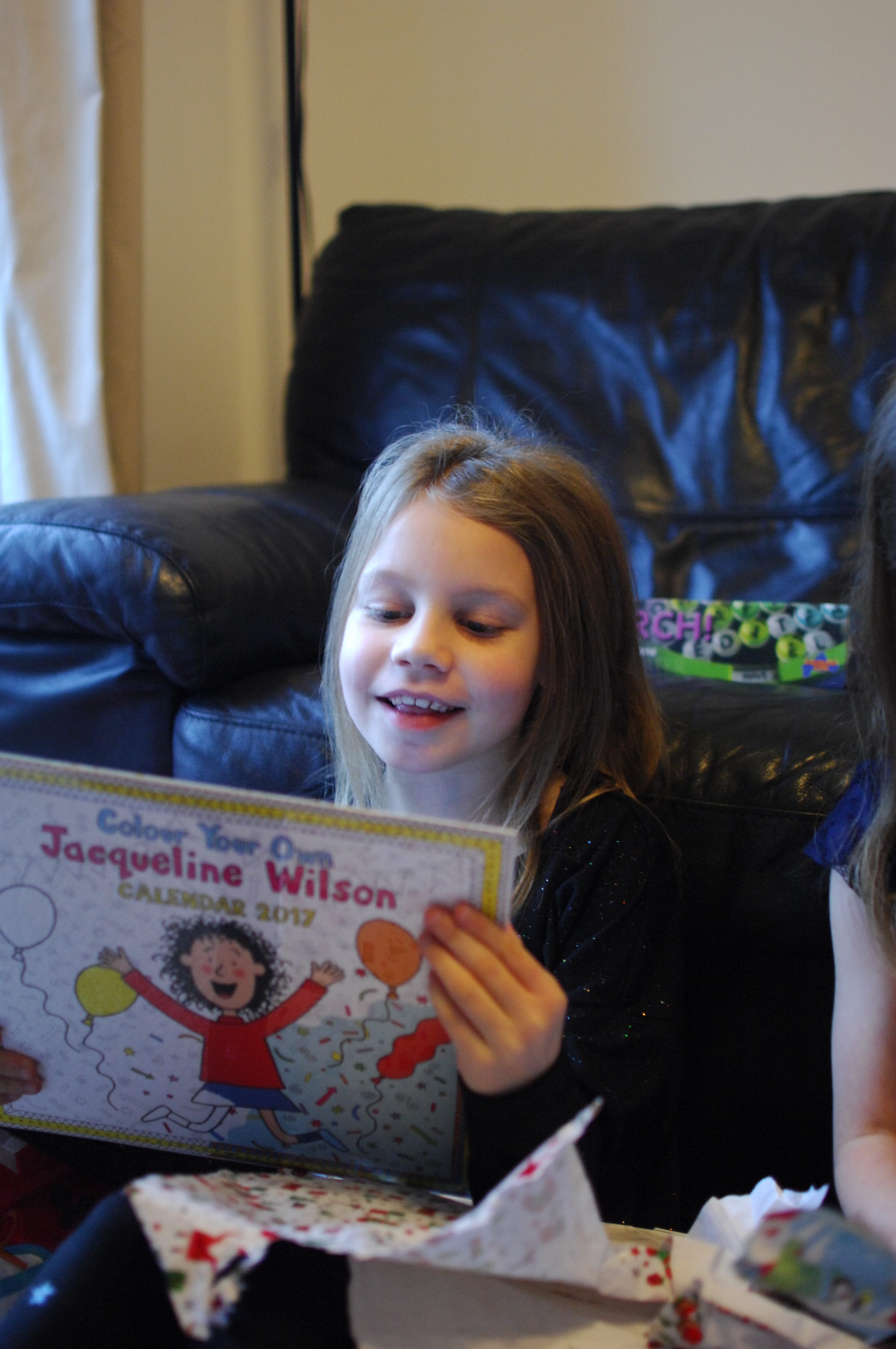 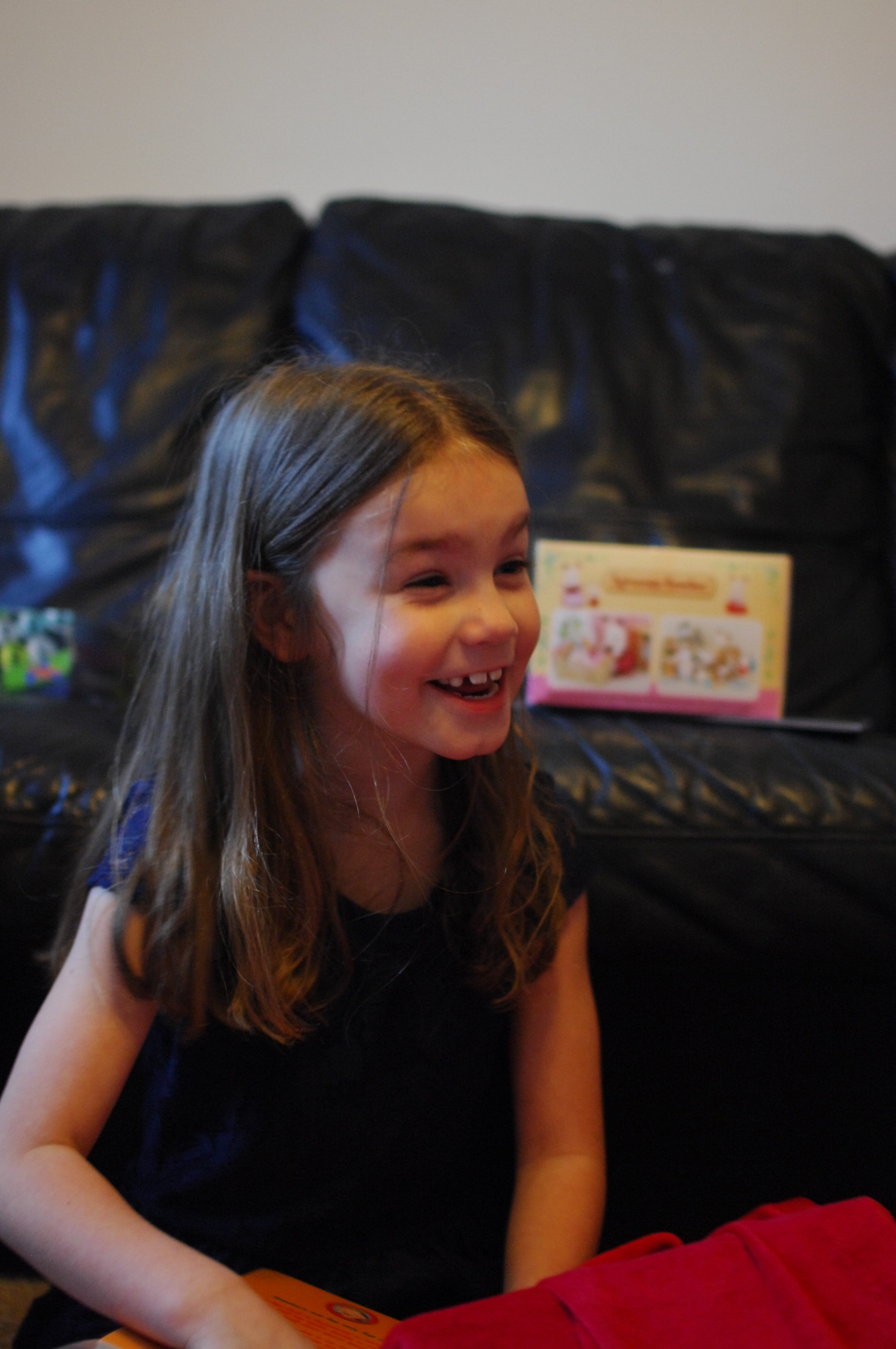 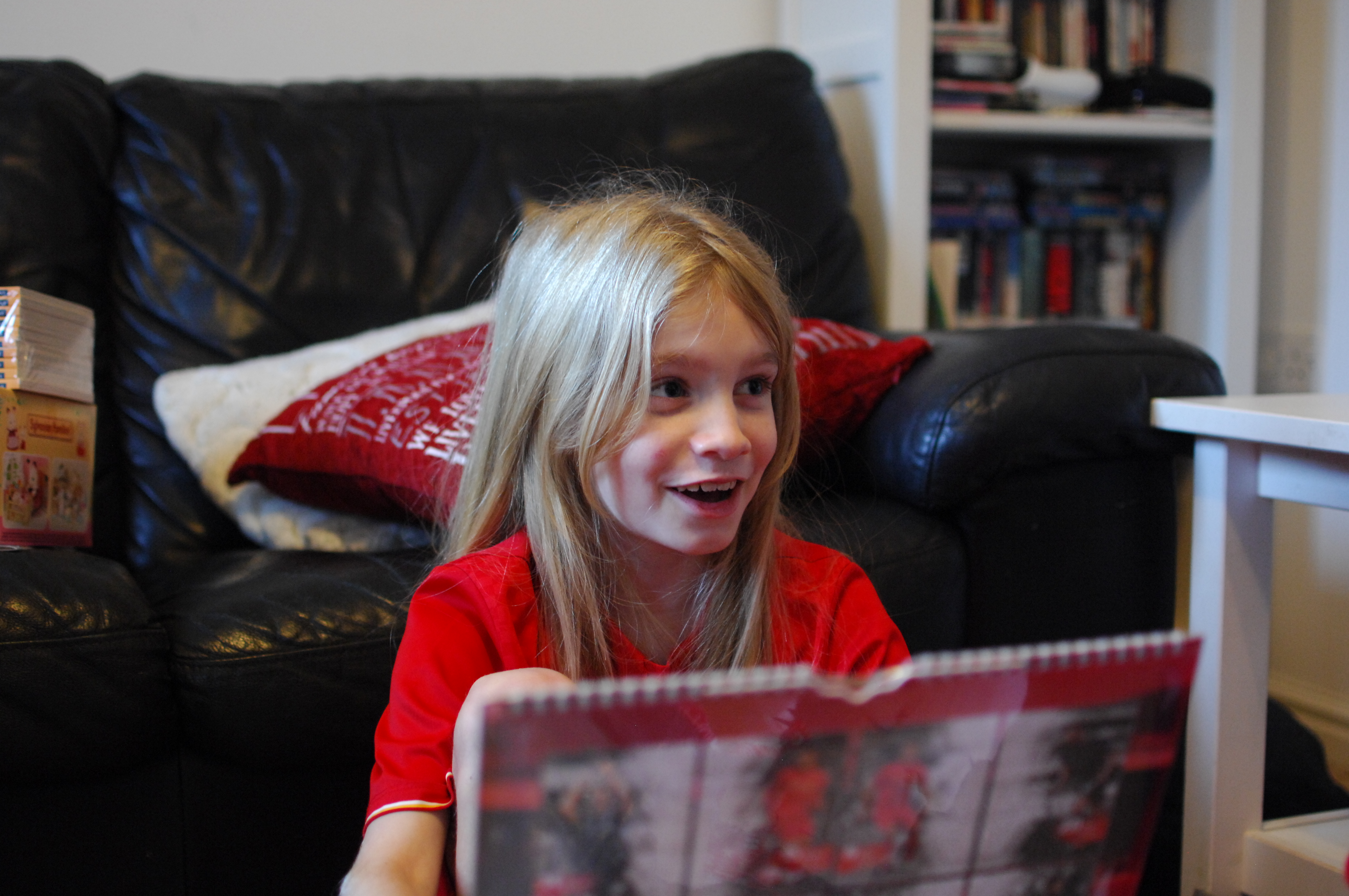 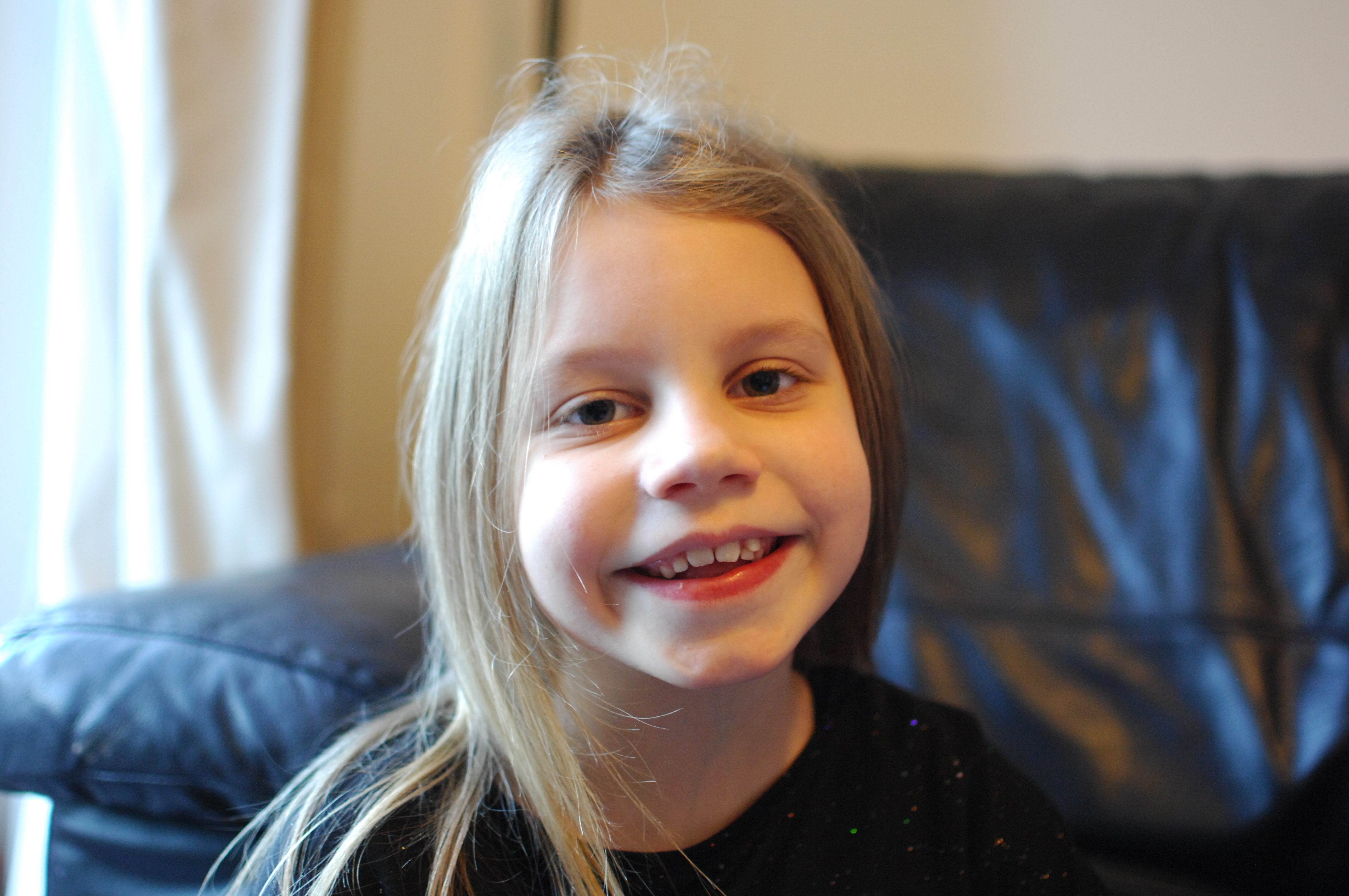 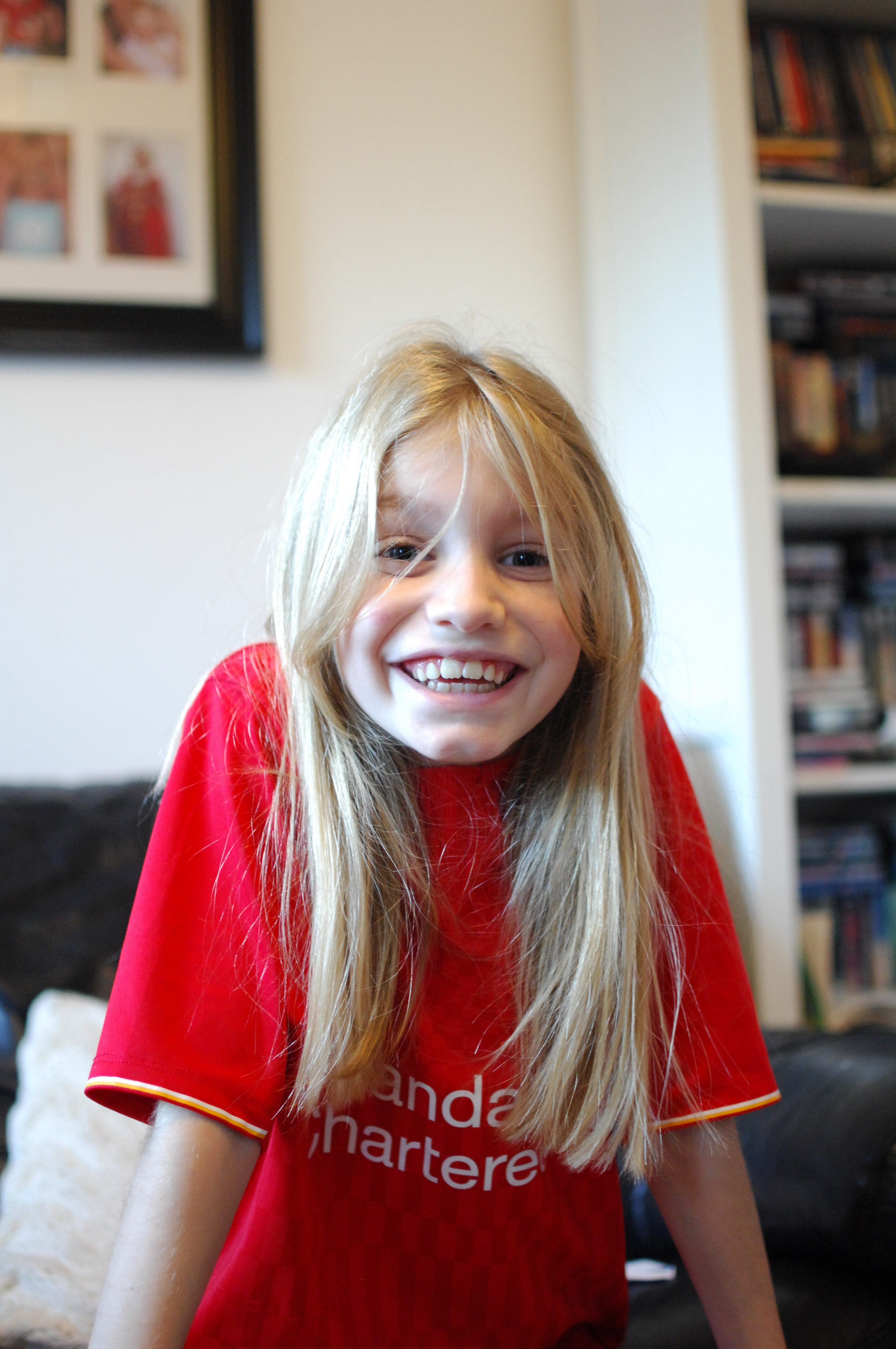 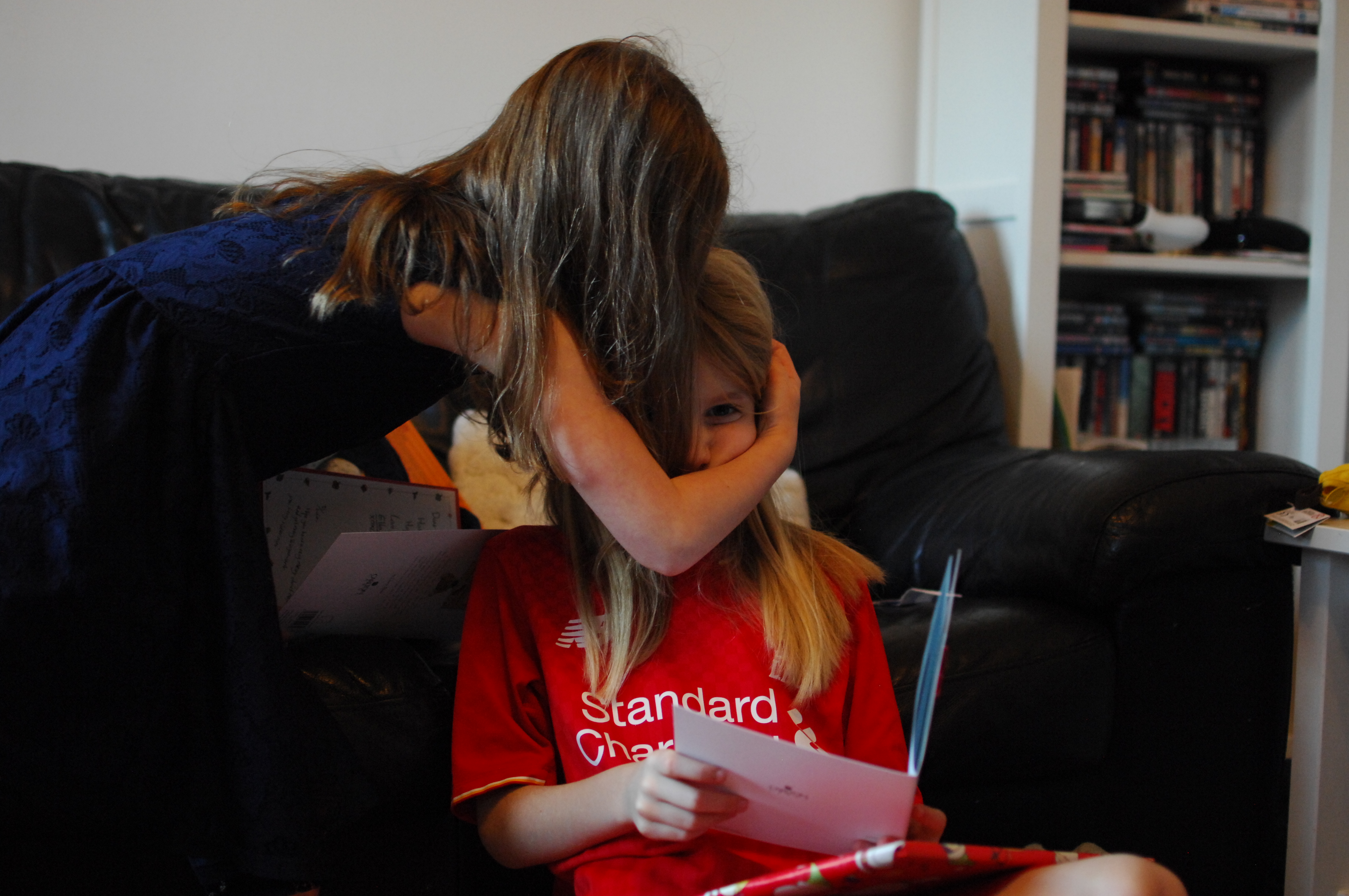 Lola saying thank you to Mimi. This photo makes me laugh – look at the expression on Mimi’s face! I love this photo 🙂 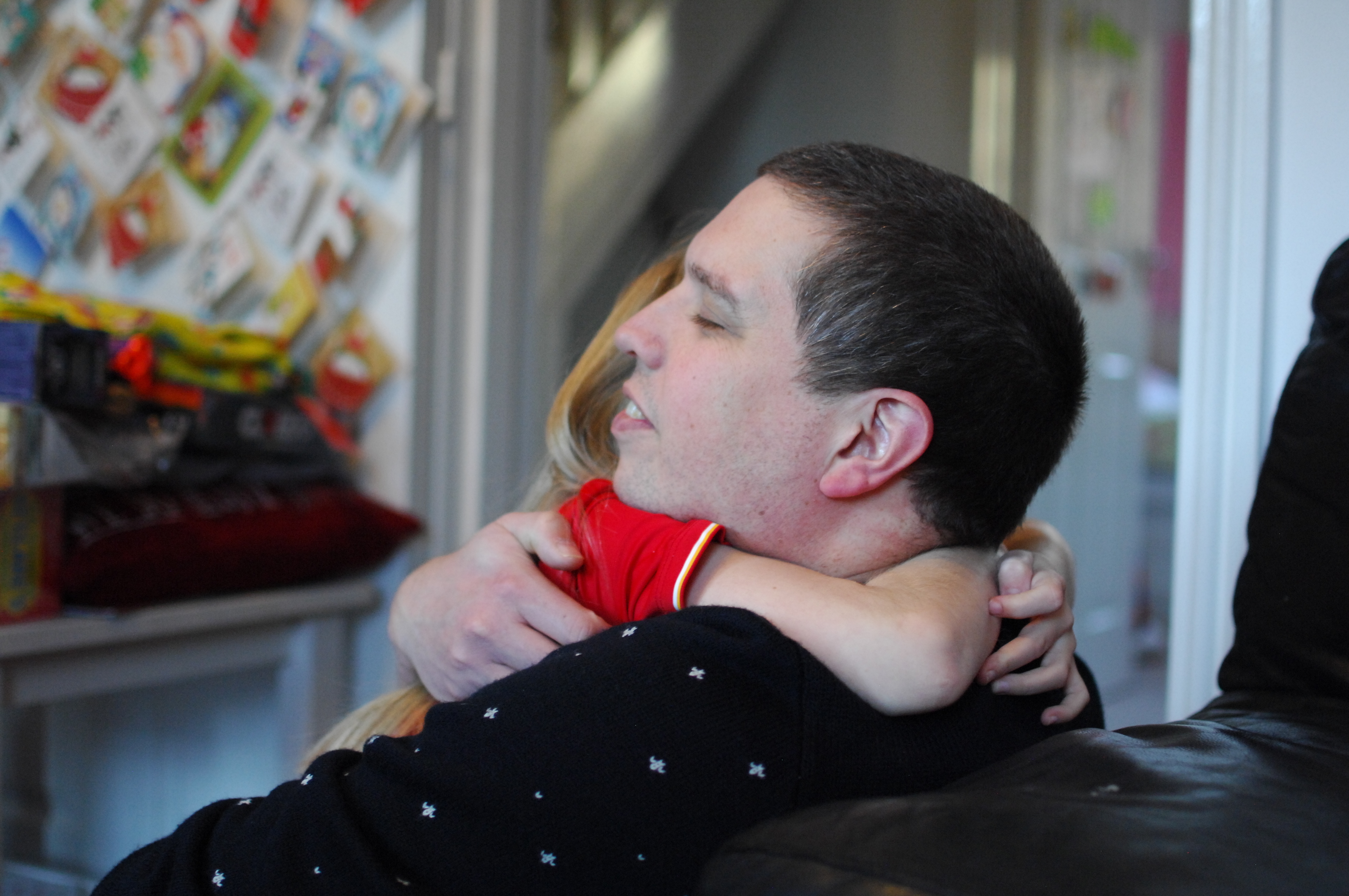 Once everything was open and there were just a couple of gifts left under the tree for people we’d be seeing in a few days time, we called everyone we needed to wish “Happy Christmas” to and said thank you for the presents we’d received. We facetimed Sophie as well and the girls showed her all of their presents.

The rest of the day was spent playing whilst I cooked Christmas dinner. We ate at about 5.30pm – well, I say “we”. Our girls are a bit fussy with food – Lola had already declared weeks before that she didn’t like Christmas dinner, so she ate half a bite of turkey and left the rest, whilst Ella and Mimi filled up on stuffing balls, pigs in blankets and turkey, completely disregarding the roast potatoes, honey-roasted carrots and parsnips, and lovely green veg (broccoli, peas and sprouts)that I’d lovingly prepared. It’s the same every year so I’m used to it now and it doesn’t bother me so much any more!

After we’d had our fill and I’d cleared the decks/washed up/tidied up we all snuggled on the sofa to watch ‘We’re Going on a Bear Hunt’ that we’d recorded from the TV, while Daddy had a sneaky snooze. 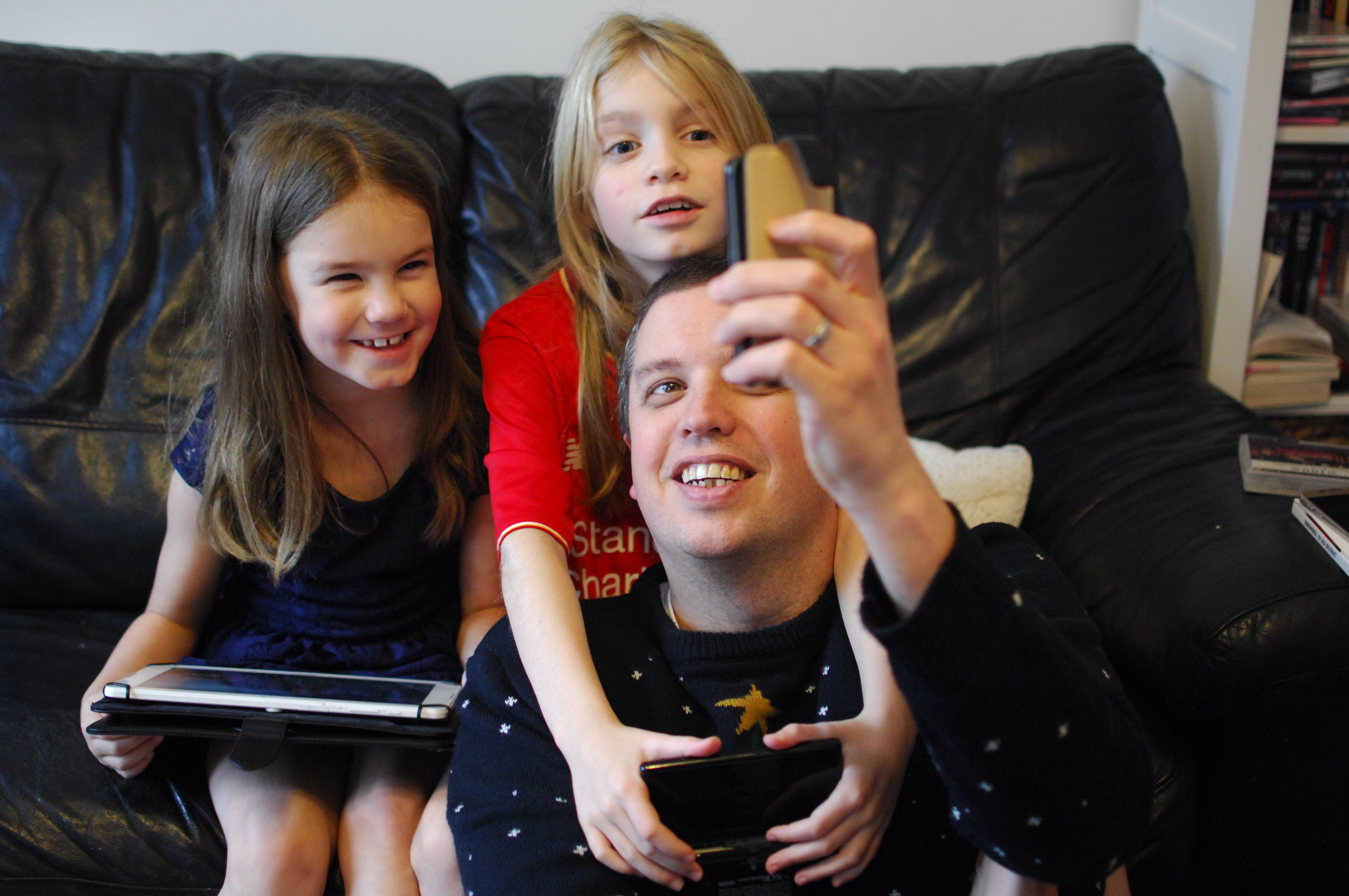 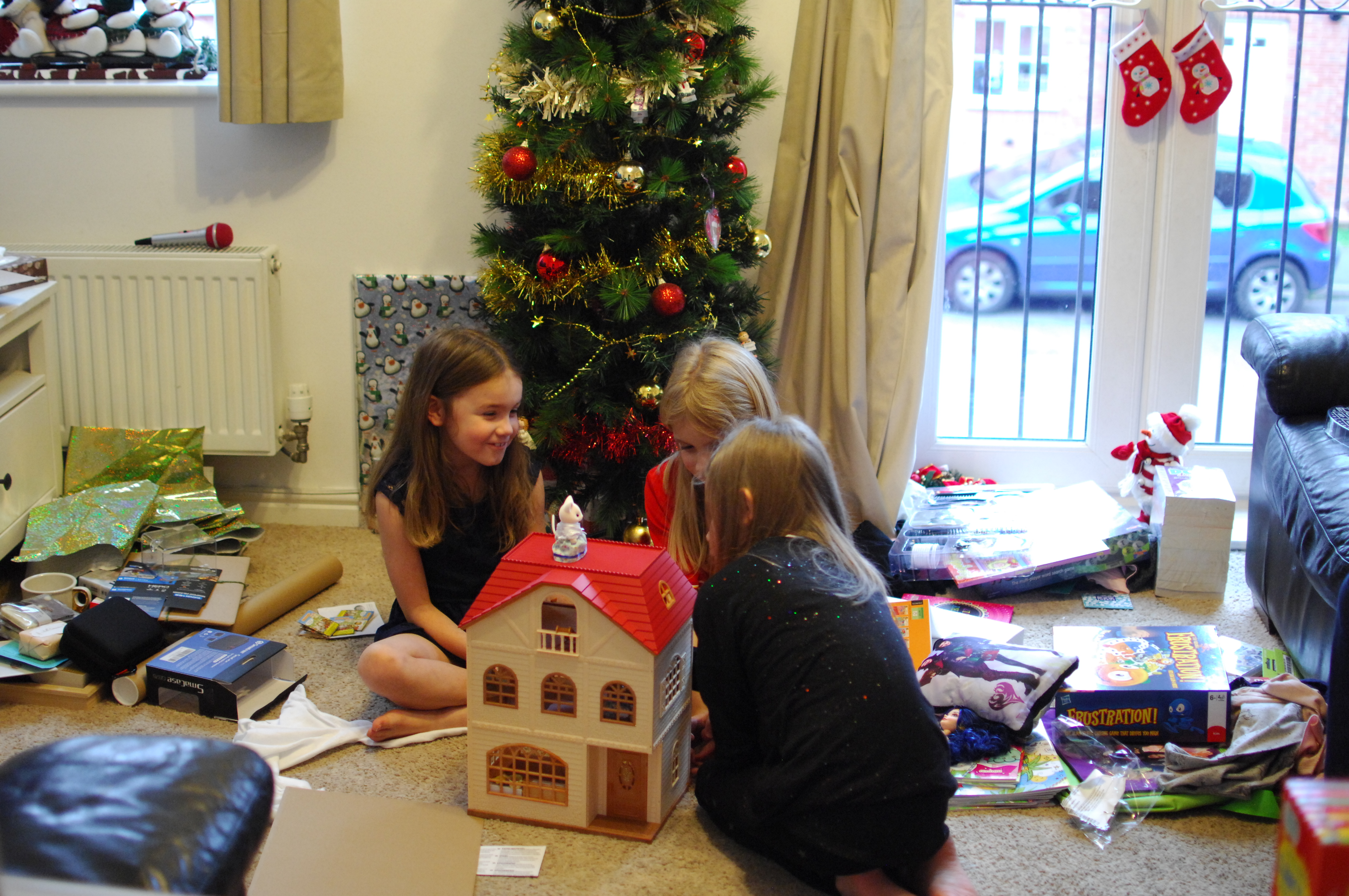 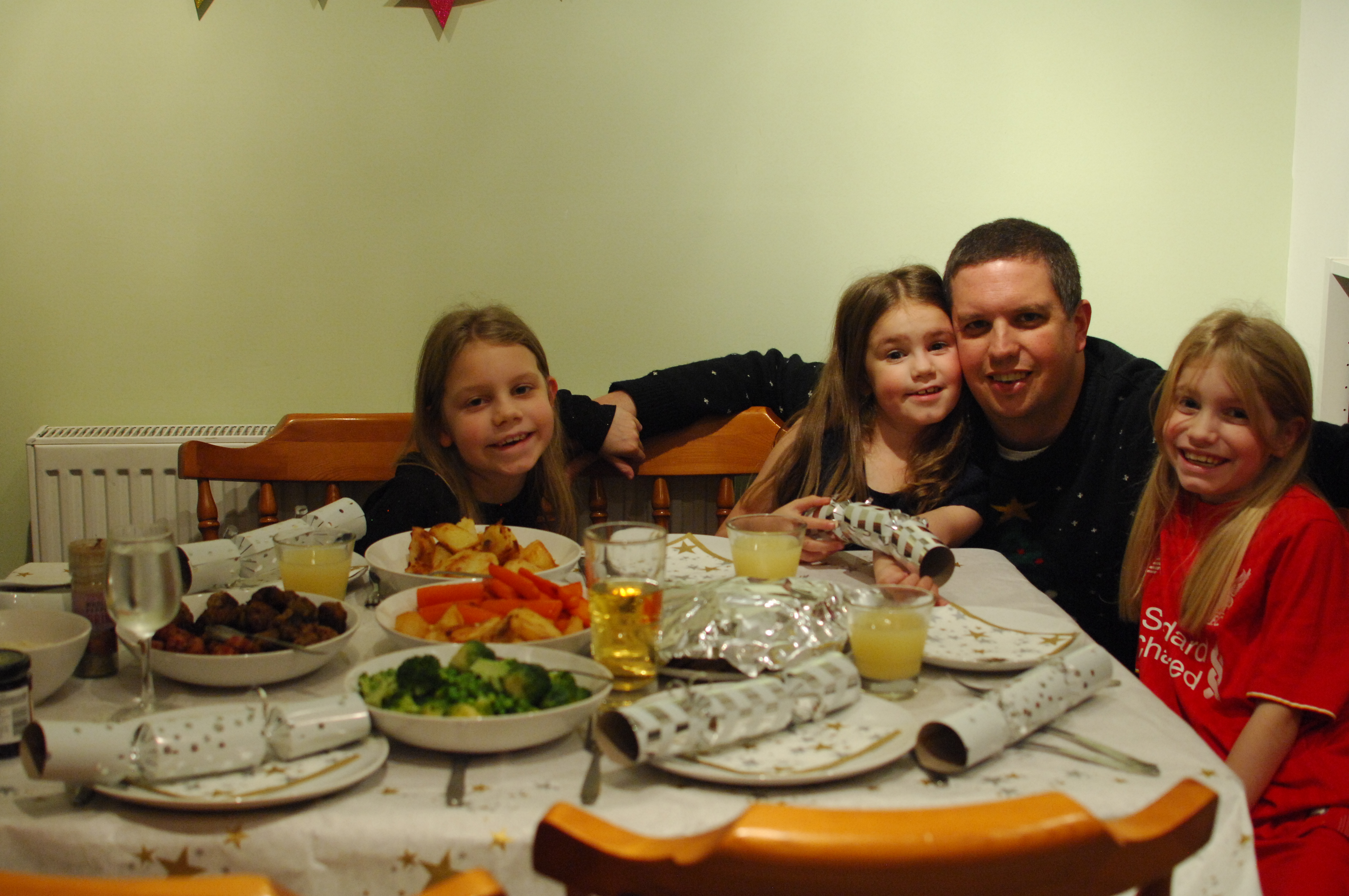 On Boxing Day the husband was back at work from 6am, so the girls and I had a bit of a lazy morning, headed out to pick up some supplies and then popped to the sales in the afternoon, though we didn’t really find anything.  The following day cabin fever had set in, so I forced everyone out for a walk as it was beautifully sunny (though freezing cold) – more about that in a separate post coming in the next couple of days.

Yesterday was our ‘mini-Christmas’ with Sophie, my Mum and Stepdad and Neil’s parents all visiting for the day.  It’s noisy and chaotic, with more presents to open for everyone and a full house of people (poor Pumpkin disappeared outside even though the bitterly cold fog didn’t lift all day – it was a bit much for him!), but to me, that’s what Christmas is about – family all coming together.  I don’t cook a big meal – we haven’t got room to seat everyone at the table – so I just put out plates of cheese, crackers and fruit and let everyone help themselves.

And that’s it – Christmas is over for another year.  It took me a long time to feel even remotely Christmassy and festive, but actually it’s been a lovely few days that seem to have been over all too quickly.

Wherever you are in the world and however you celebrated, I hope you had a wonderful time with your family, friends and/or loved ones.

Another ten days has passed us by already and we are slowly, gradually, beginning to head towards the start of Spring. I don’t know…