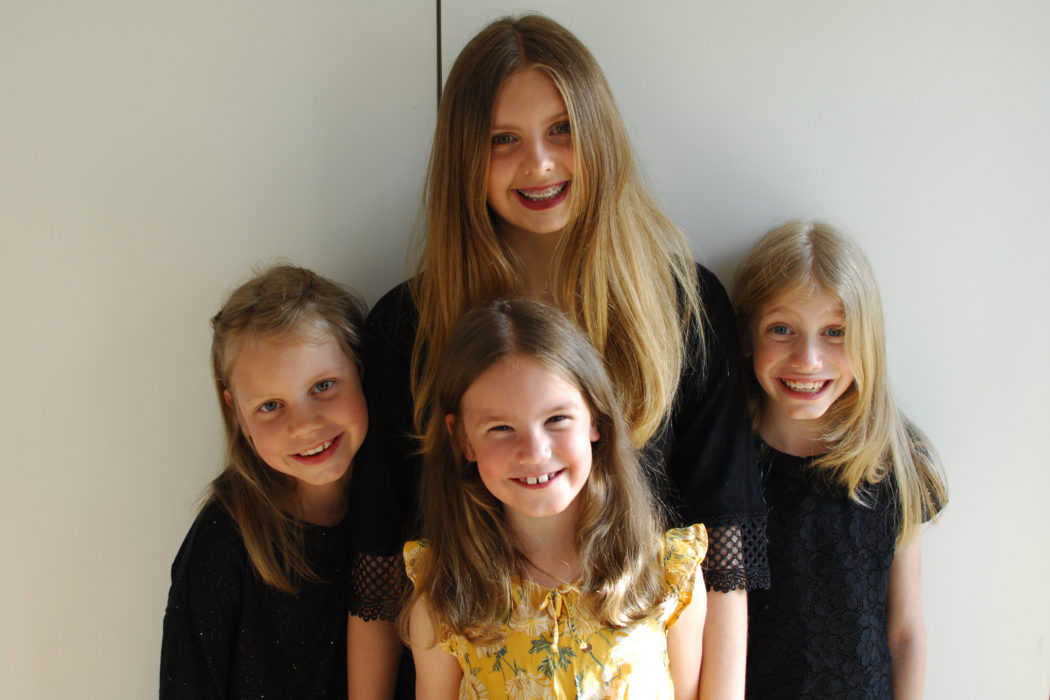 Hi, guys! This is the second part of my blog posts about our week-long holiday in Bude.

Tuesday was a really busy day. In the morning, we decided to go for a walk to see the shipwreck in Northcott Bay. When we got there, Mummy had misplaced the tide times and it was in, so we went for a cliff walk instead. We climbed some steps, then walked over the grass. Soon after, we came to a slope and went down. Mimi and Daddy were really daring and went to the edge. Then we carried on. Eventually we came to a camping site with a couple of caravans. It must be so nice to wake up with the sea air on your face! We carried on for a little bit then went back. As we reached the place where the shipwreck was, the tide was half out! It was really annoying.

In the afternoon, we went for a walk down a canal with Mummy’s aunt and her cousin. I always look forward to the canal walk. We always spot something different and get ice cream at the café at the end. This year we saw THE cutest ducklings.

Then in the evening, we drove to the Bay View Inn for some dinner because it was Nana’s birthday (my Mummy’s mum). I love the food there. It’s really yummy! I always say that the best sunsets are at beaches. The way the sun seems to melt into the sea… Anyway, that was Tuesday. 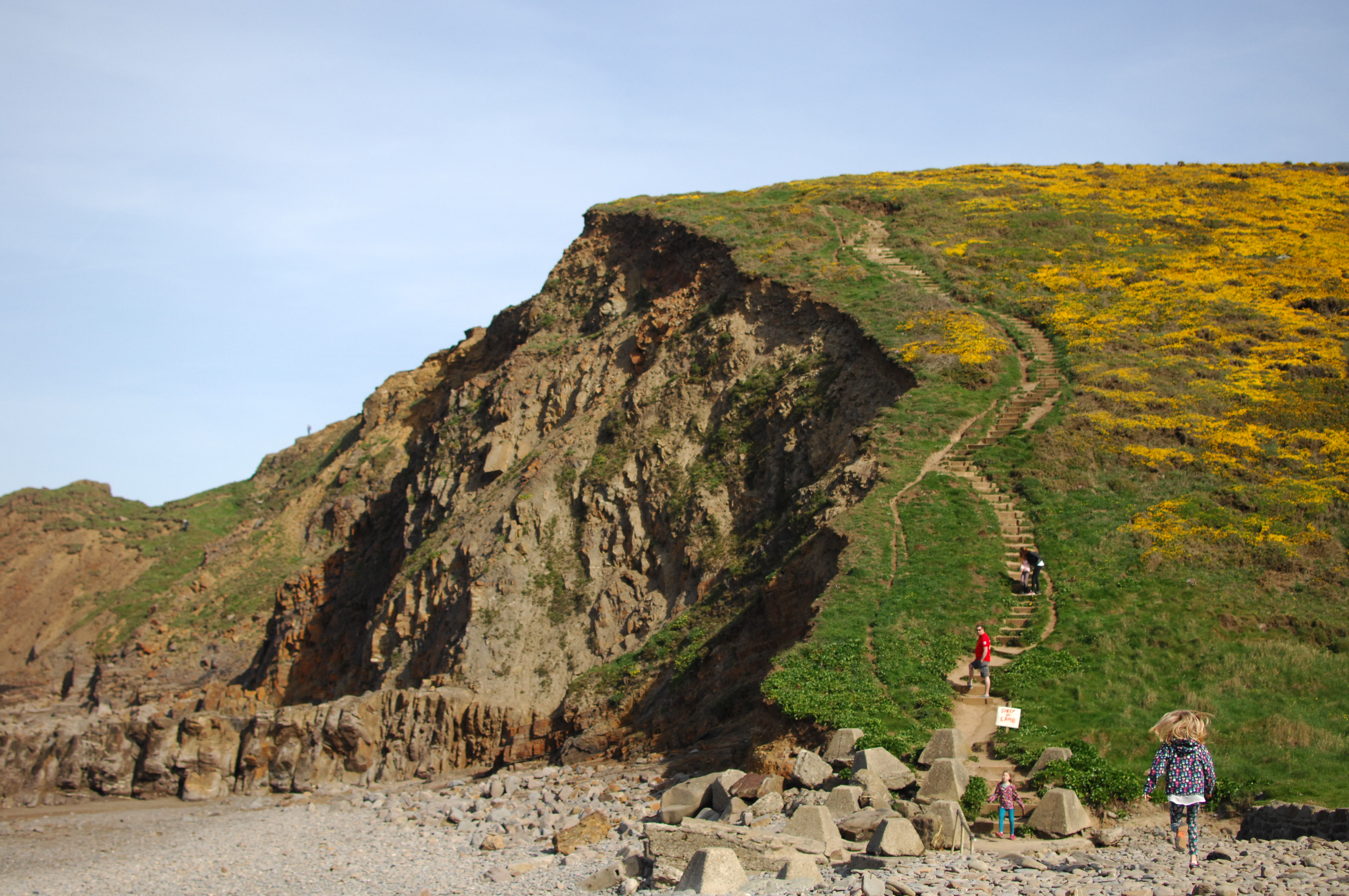 Start of the long walk over Northcott Mouth 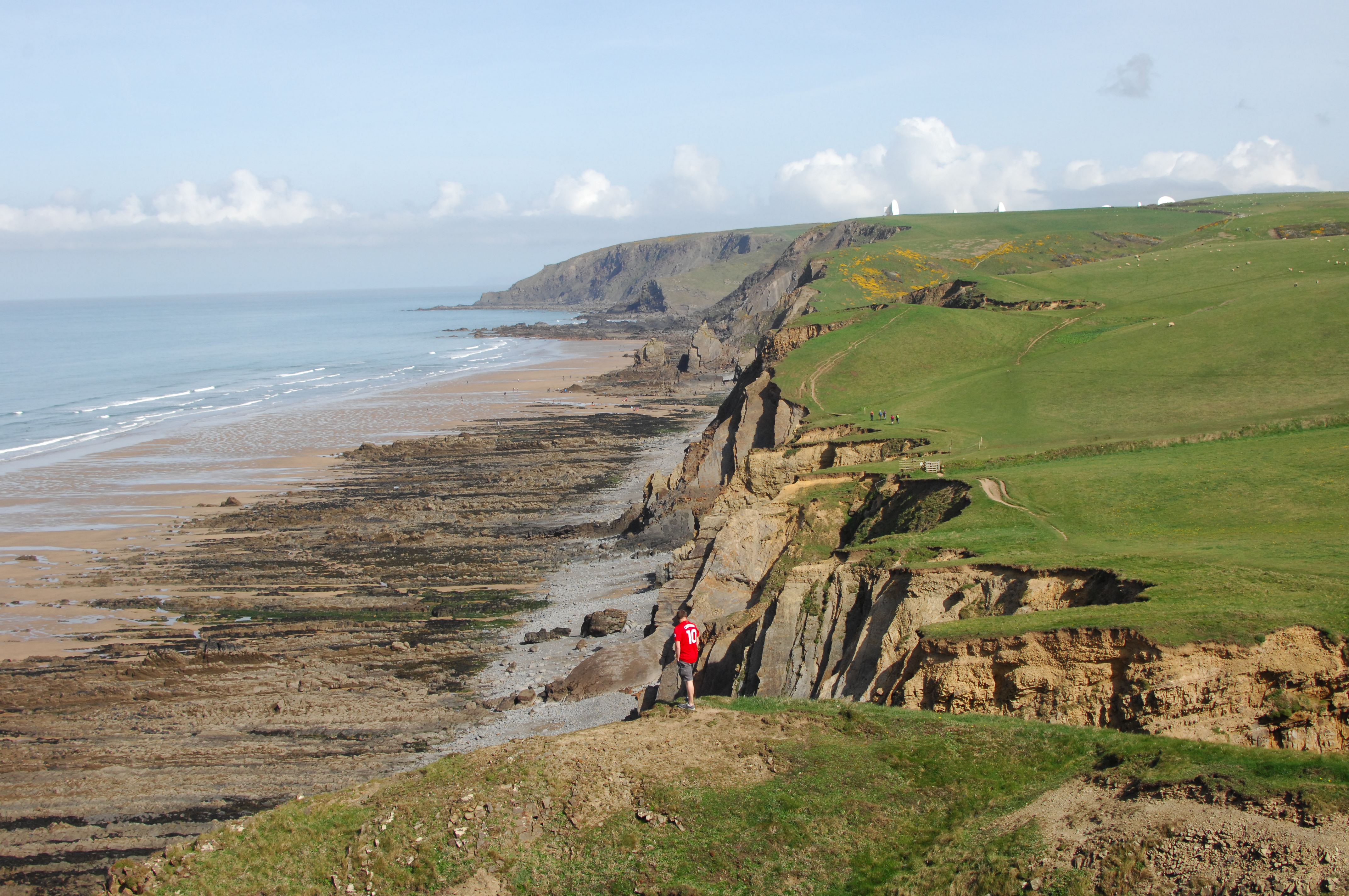 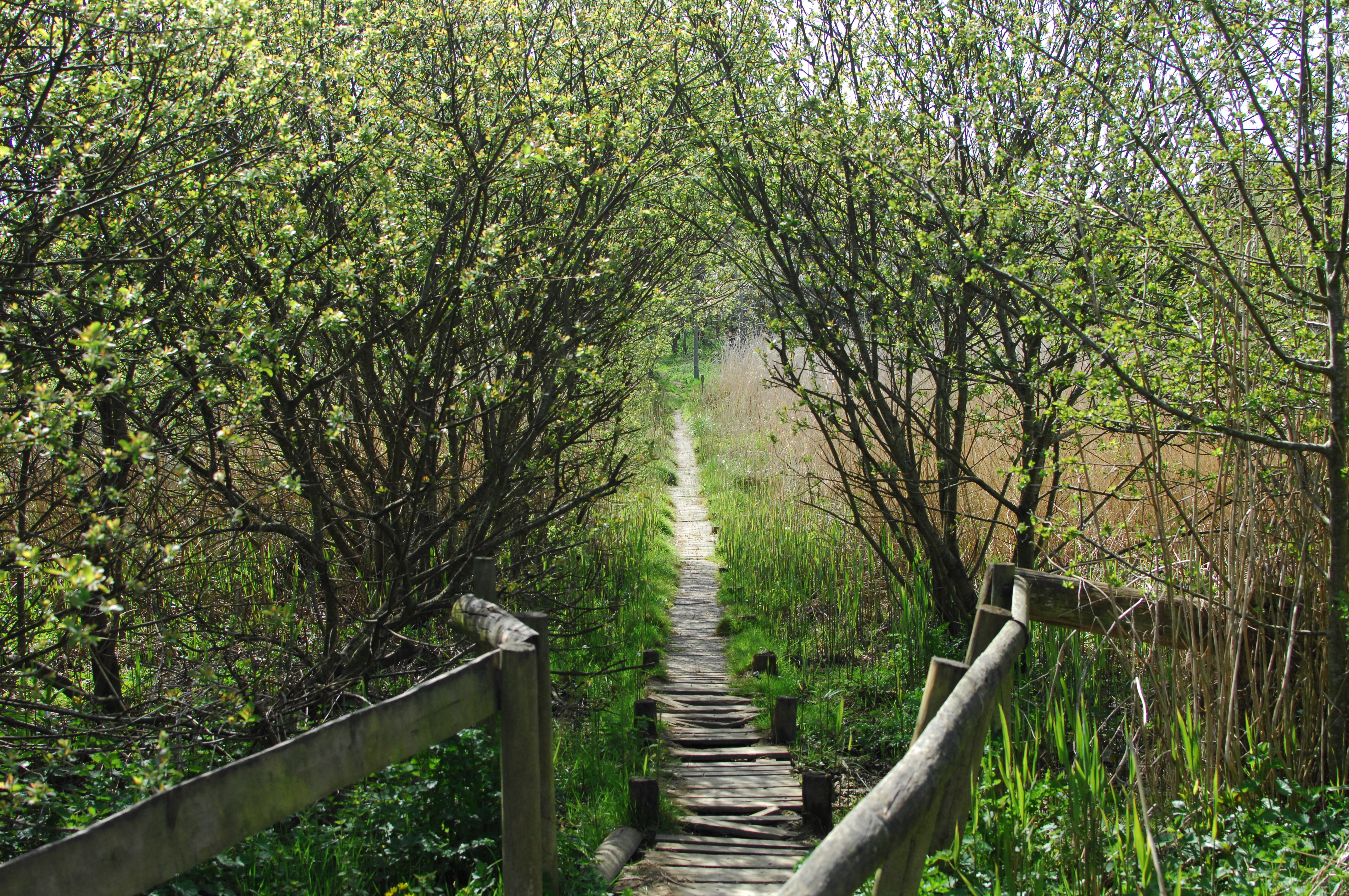 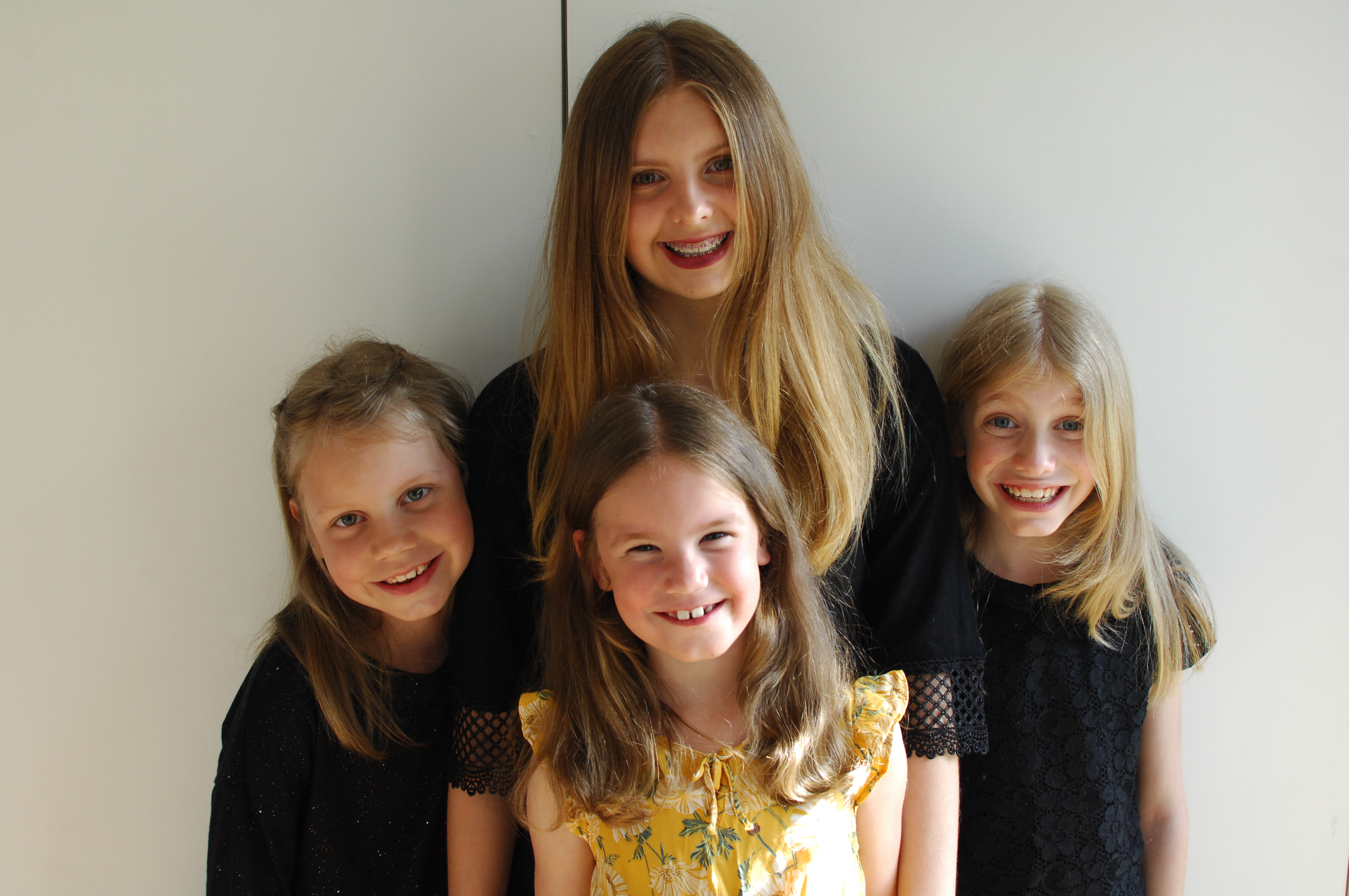 All dressed up to go to the Bay View Inn 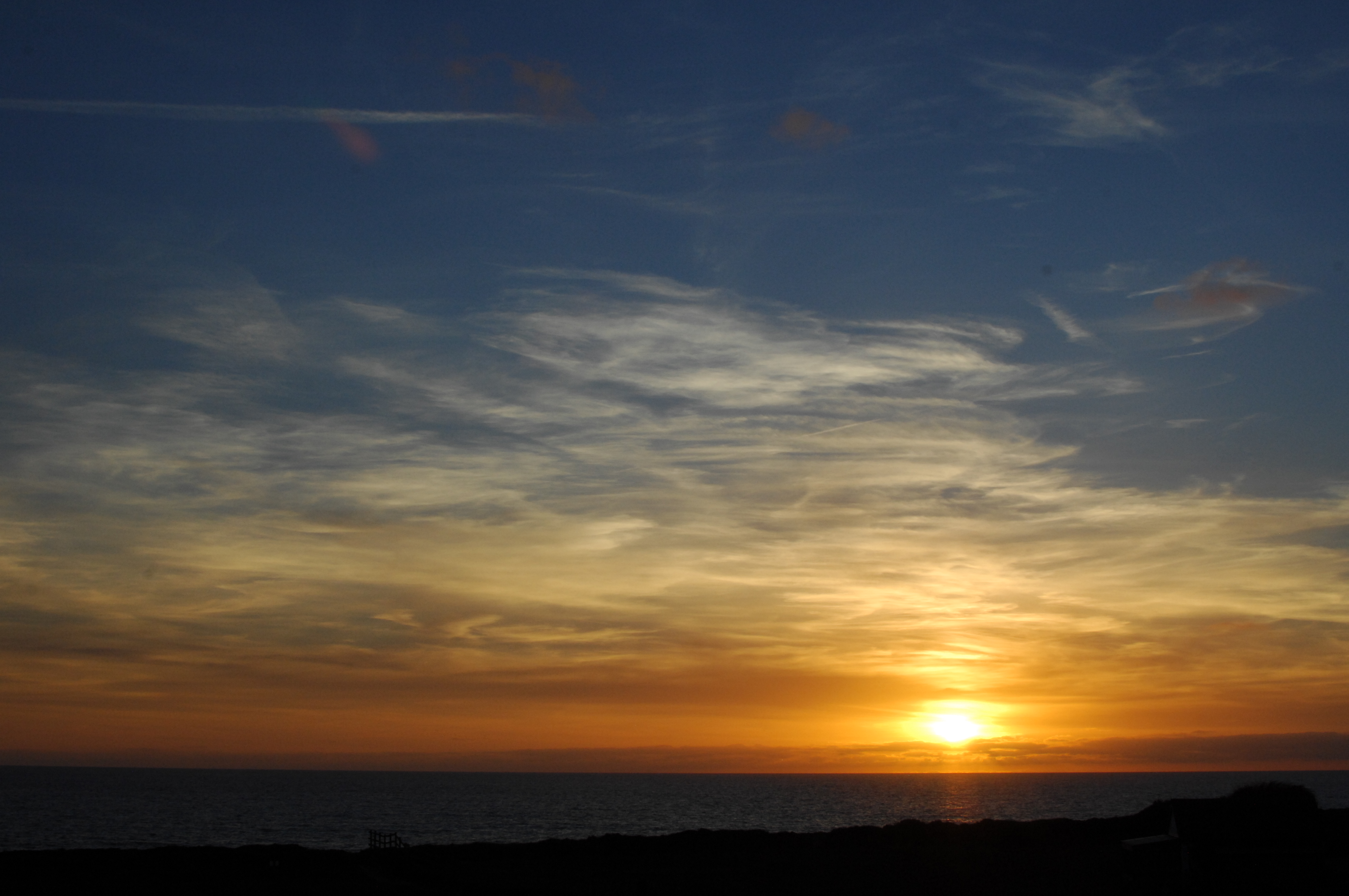 Afterwards we walked down the canal to Bude Castle and Café Limelight to have snack. It was very yummy! 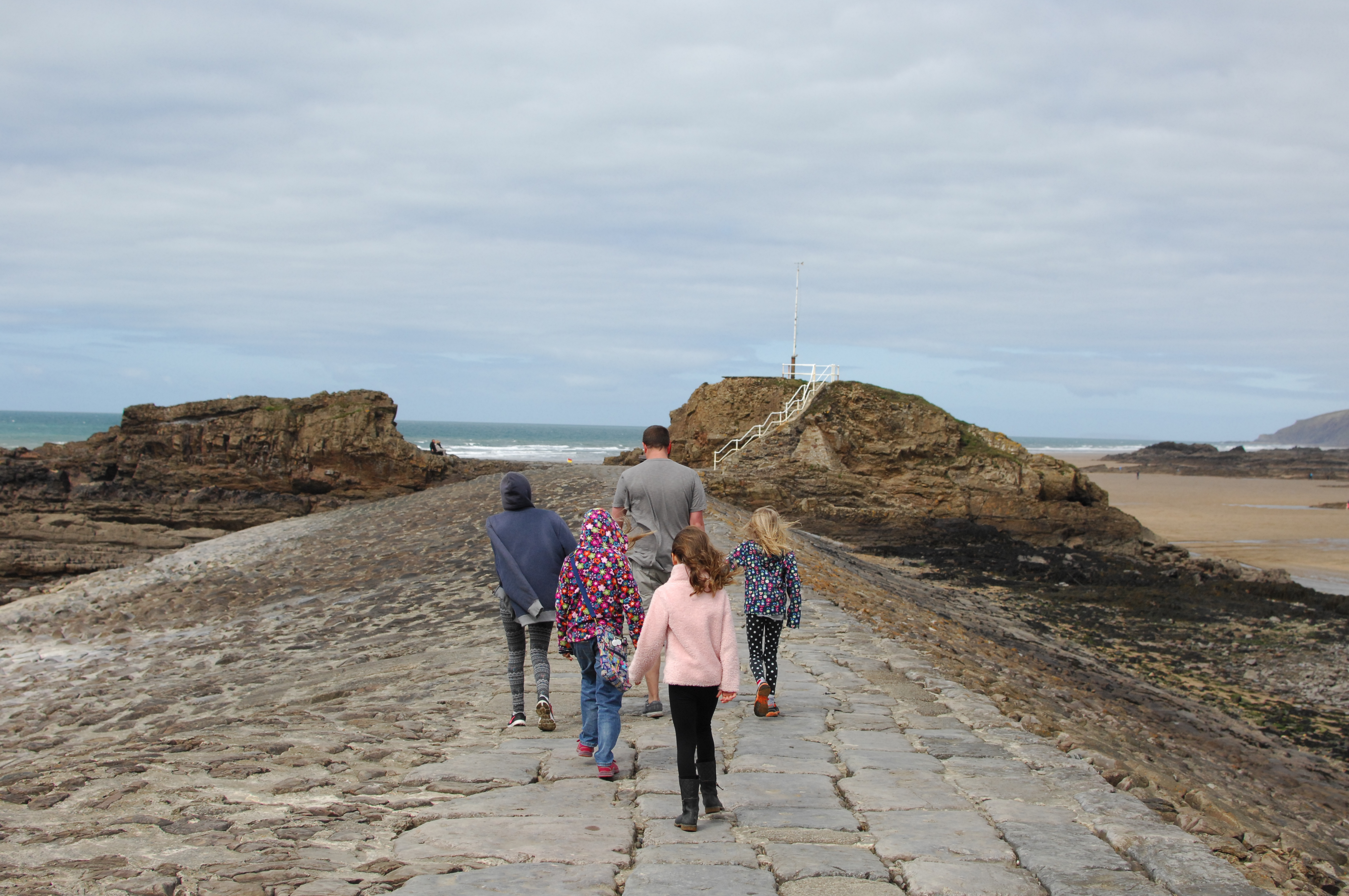 Walking along the breakwater 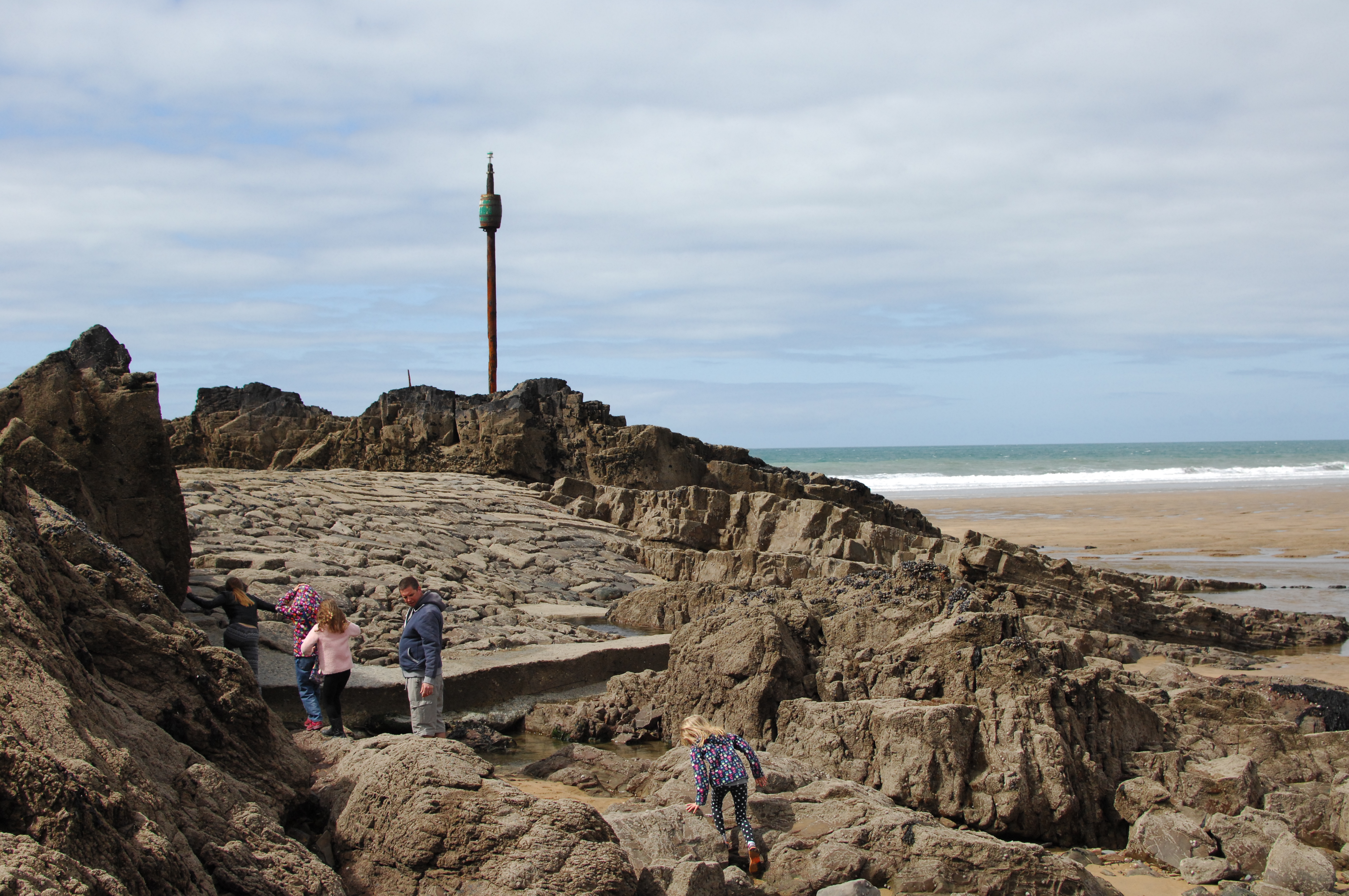 Not long till Barrel Rock!

On Thursday we had some fun. We went to Crooklet’s Beach with something Dad had brought from the toy shop: a Vortex Aero Howler. Most of you reading will be going “What on earth is that?” It’s basically a rubber rocket that you throw, and, if you throw hard enough, makes a whistling noise. So, anyway, we did that. The best game to play with it is piggy in the middle. It’s really fun! Thursday was quite a relaxed day, all in all. 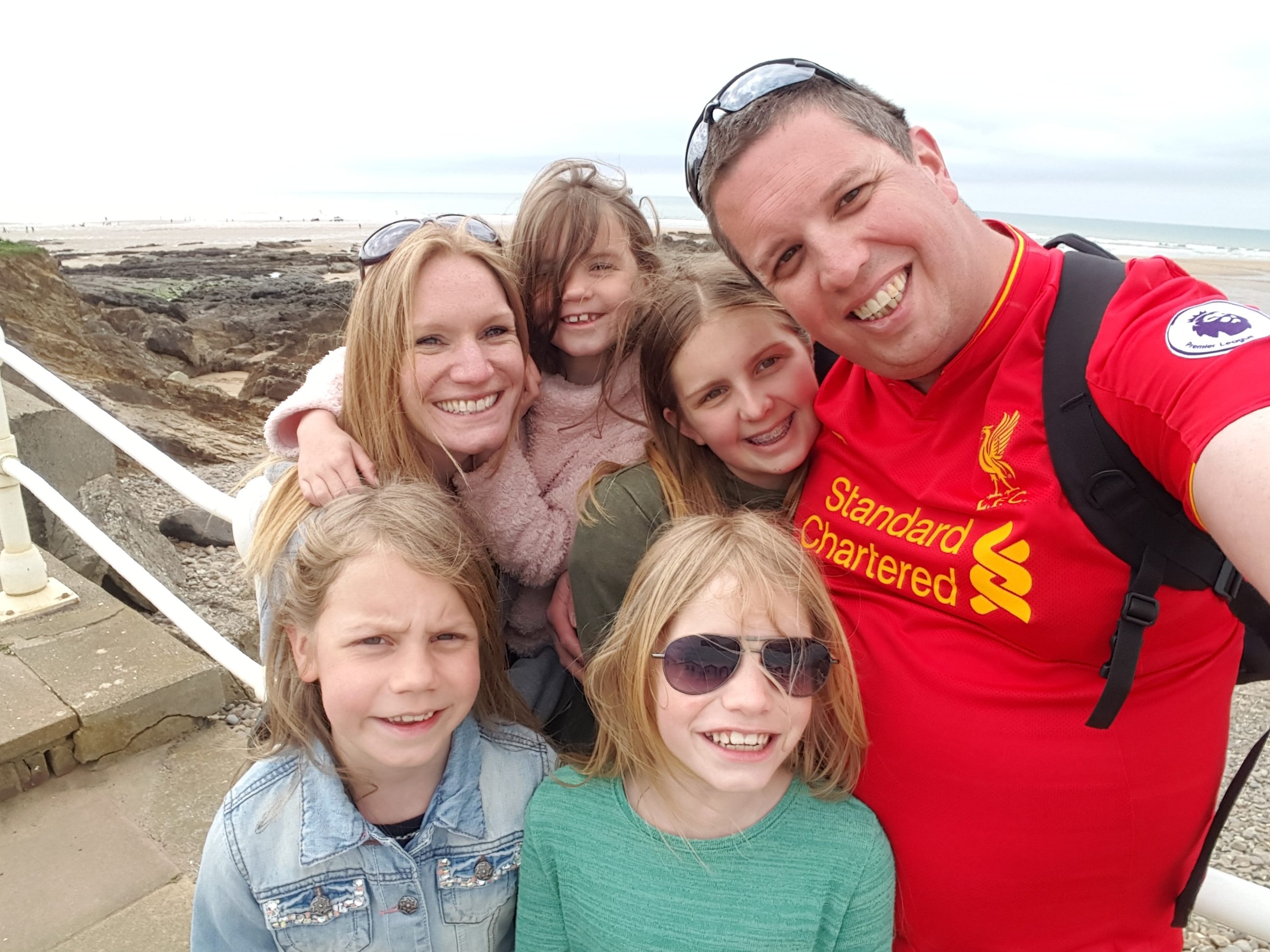 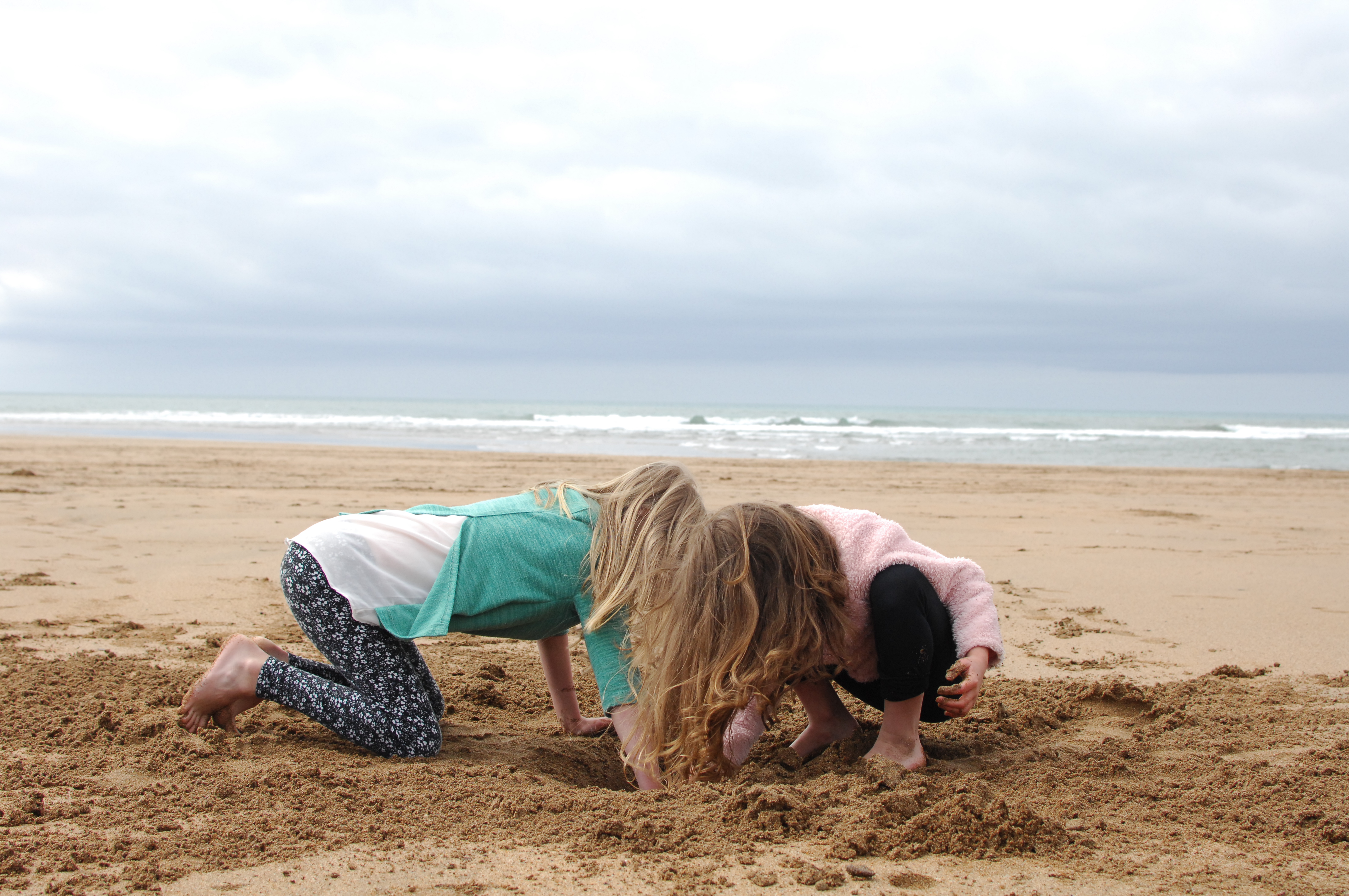 Mimi and Lola digging a massive hole with their hands! 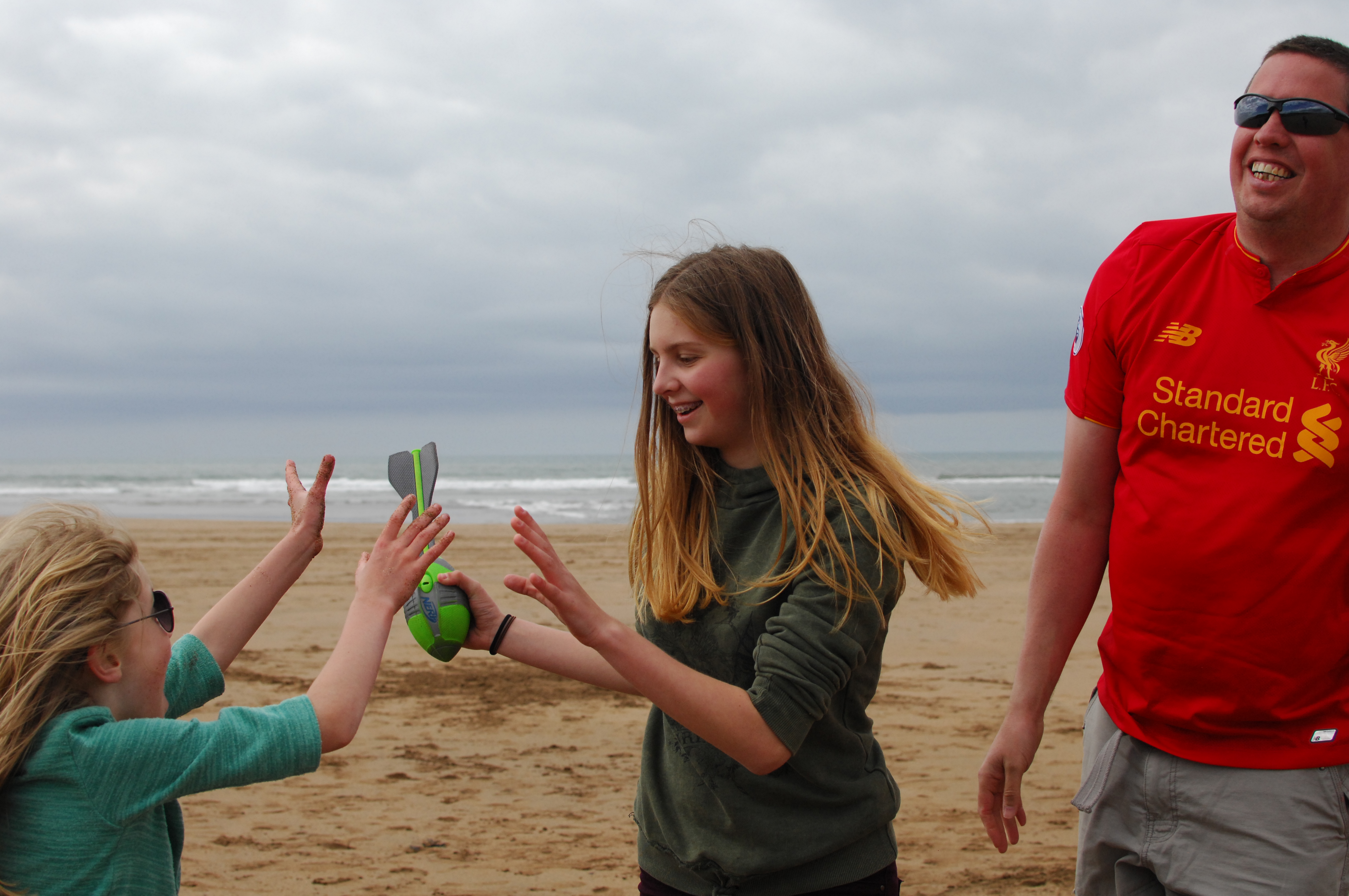 Piggy in the middle with the Vortex Aero Howler

On Friday we went to this awesome place called Hidden Valley Discovery Park. It’s absolutely incredible. When we went in we had a photo at “The World’s Largest Wooden Plant Tub”. Then we got in, and decided to see the Hobbit’s House first. It was cool, with a little fireplace and everything.

Next we did the Indiana Jones trail. Lola, bless her, called it the India Trail. Anyway, it’s this little trail with numbers and shadows, and you have to work it out. It’s brilliant. Then we did the Sherlock Holmes Trail. It’s a more difficult trail, with harder clues. I recommend you take photos of all the clues so if you couldn’t get them, you could always work them out at home.

I really wanted to go on the little train there, called Albert No. 1, but there wasn’t time to. We went to Spring Cottage, which looks exactly like the Seven Dwarf’s home from Snow White. Anyway, then we did Moriarty’s Missions, which were super fun.

Basically you go into the ‘Forbidden Mansion’ and you have to do all these challenging missions. And you can either choose to go through the boring, normal doors, or you can go through these tiny spaces. Anyway, the missions really bring you together as a family team, plus they’re really annoying and exciting. I think that Hidden Valley was one of my favourite parts of Cornwall. 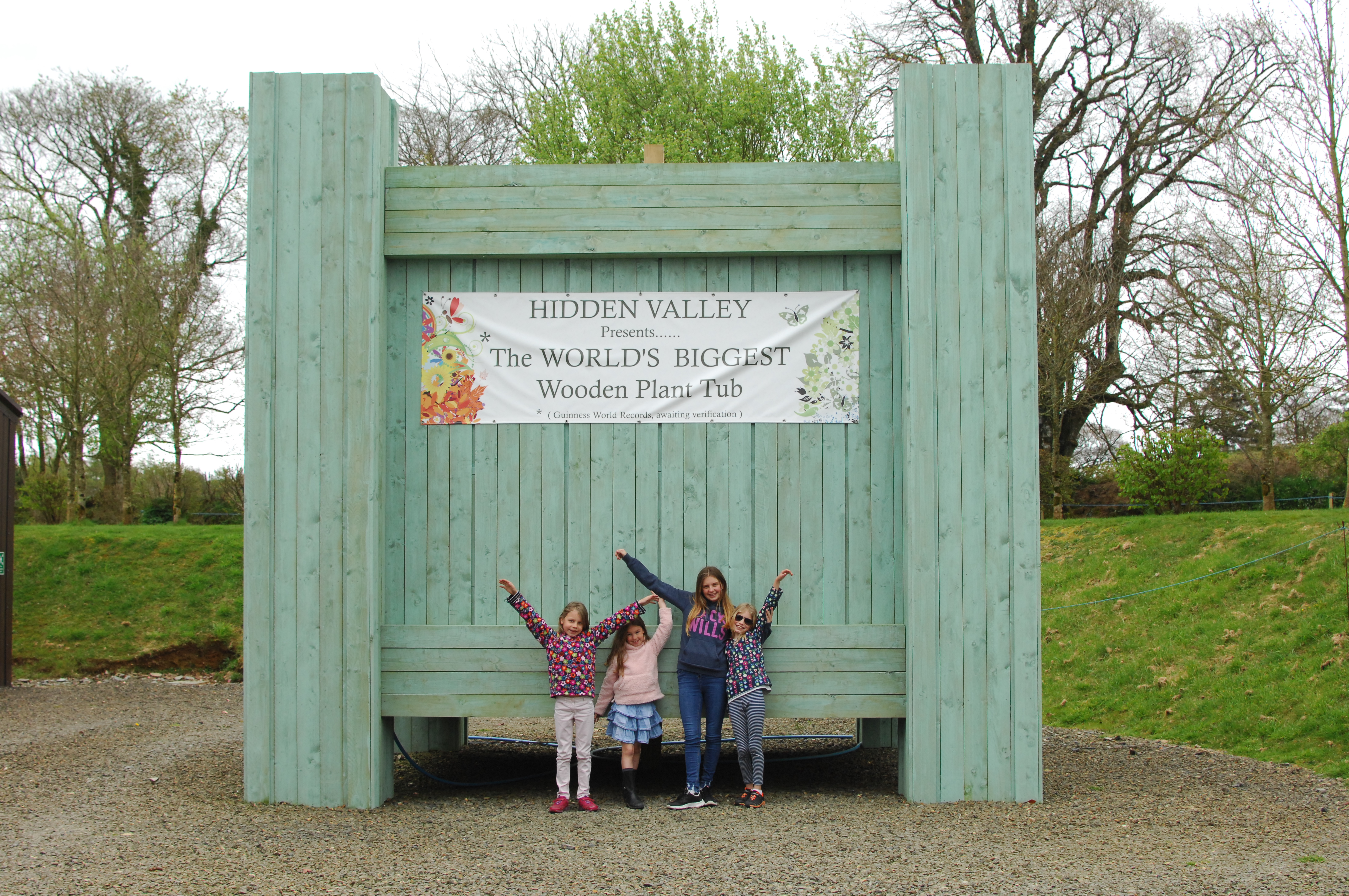 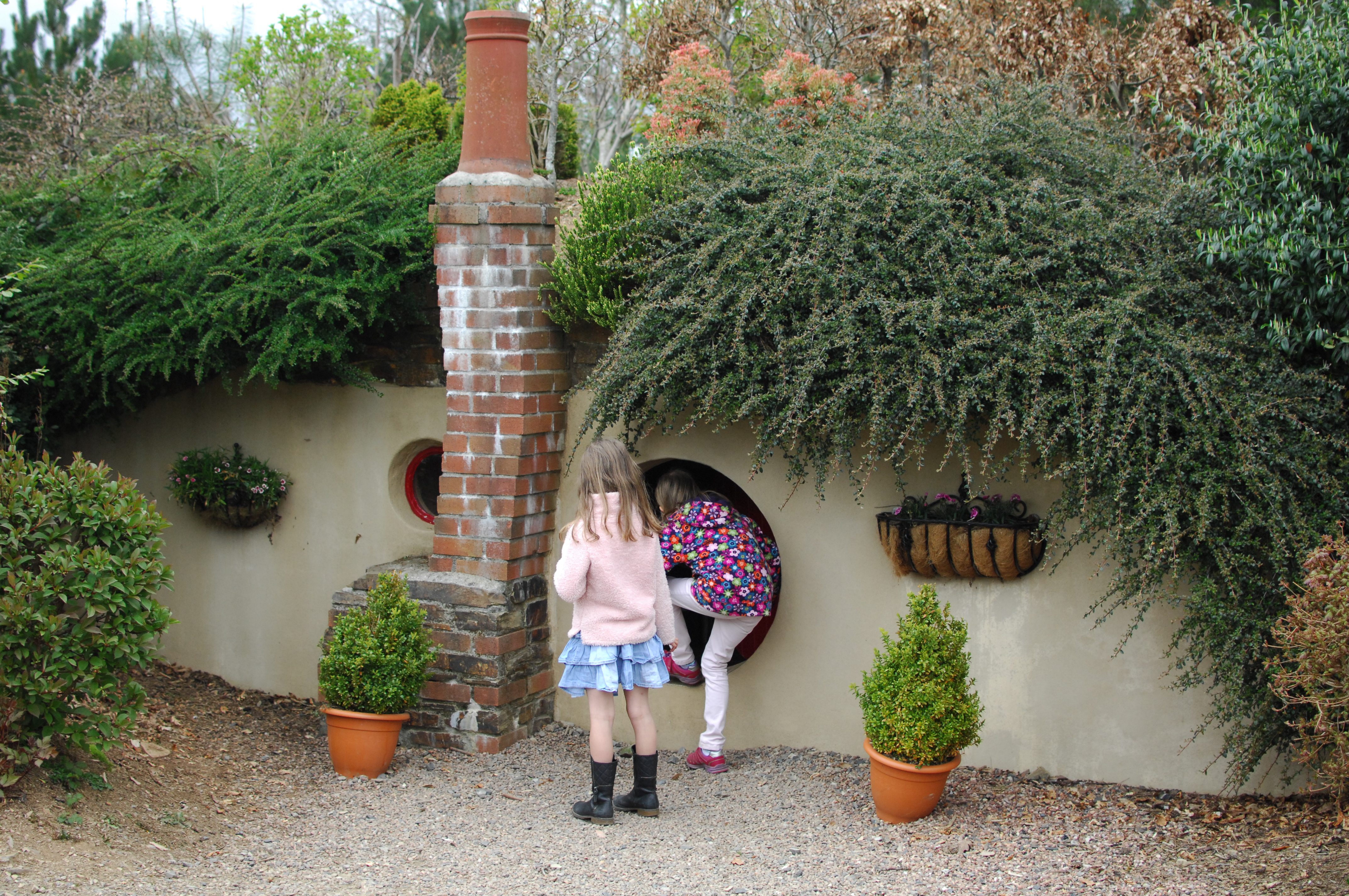 Climbing into the Hobbit House 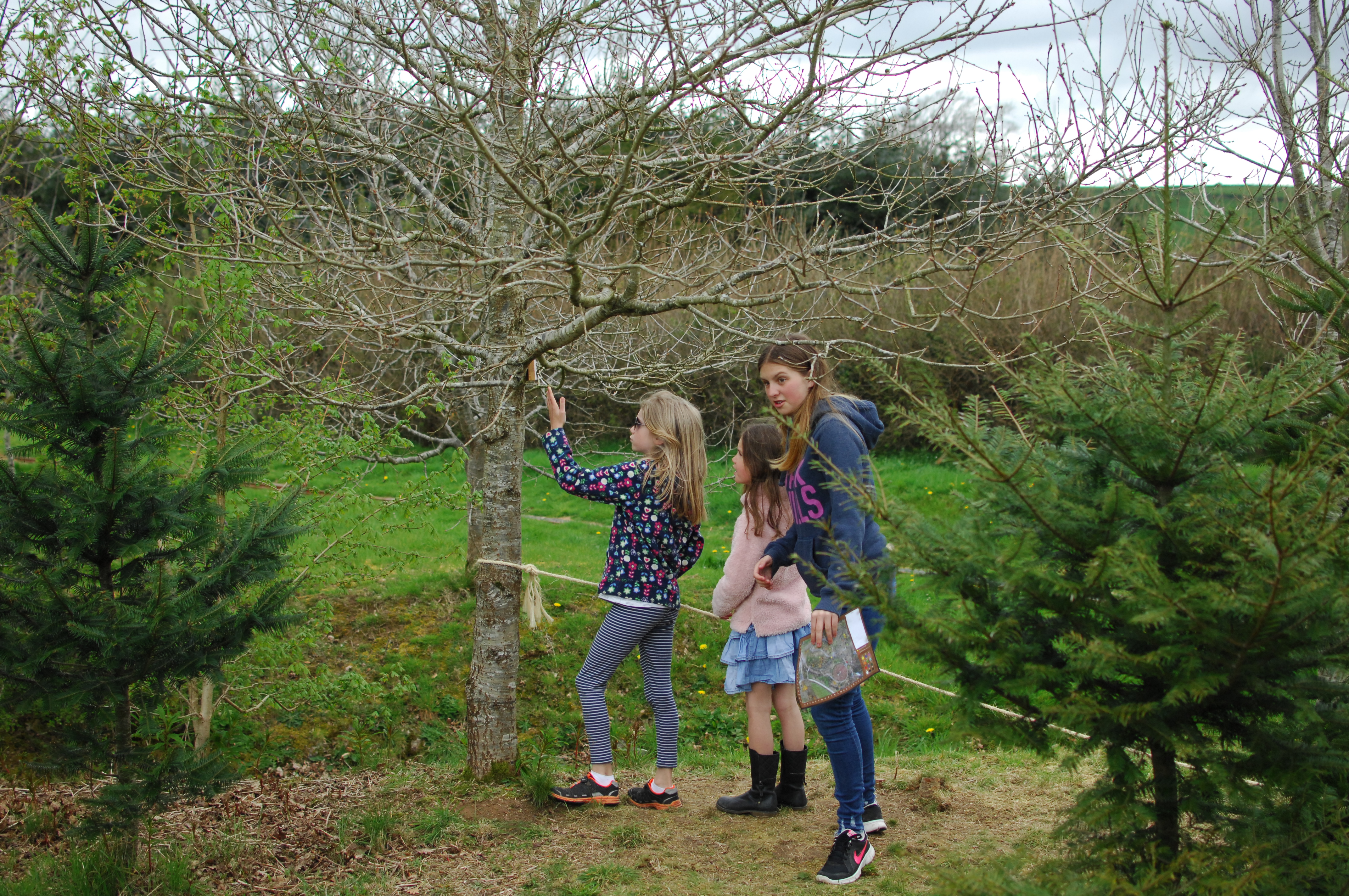 On the hunt with the Indiana Trail 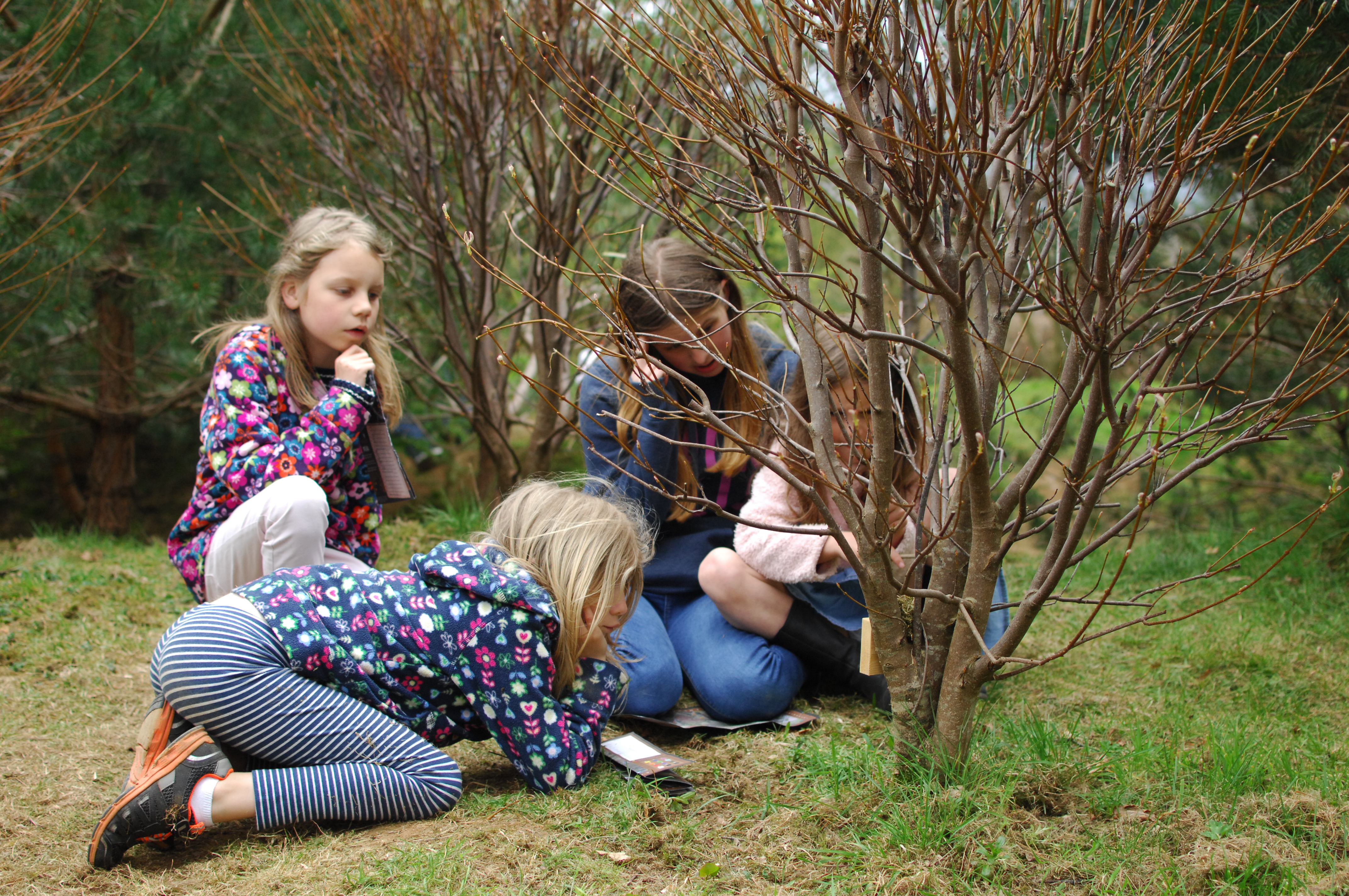 Switching on our thinking caps with the Sherlock Holmes Trail 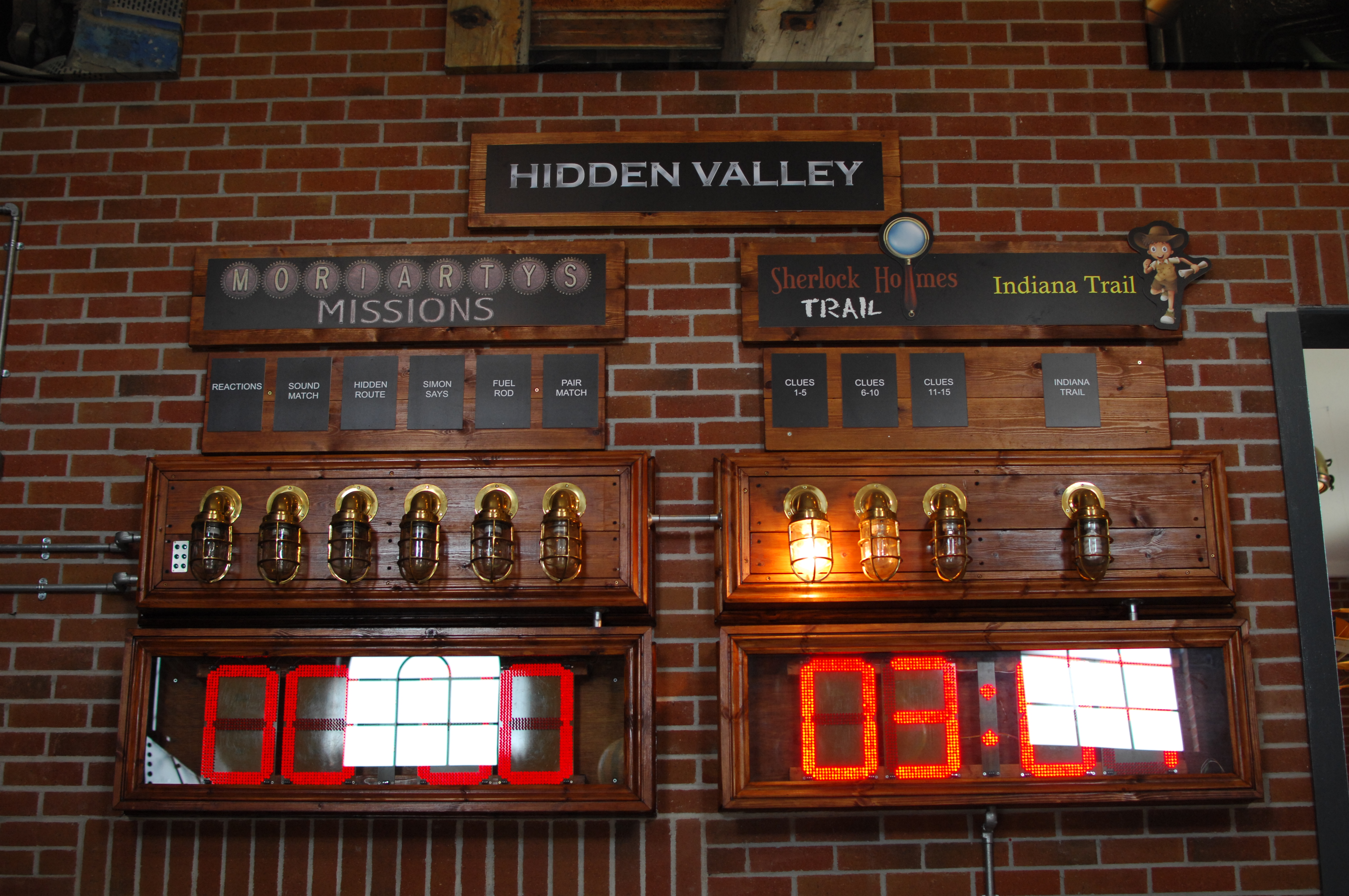 Trying to get the answers right!

Thanks for reading my blog and I hope you enjoyed! For more information and photos, visit Mummy’s post.

November 2019: The Moments In Between