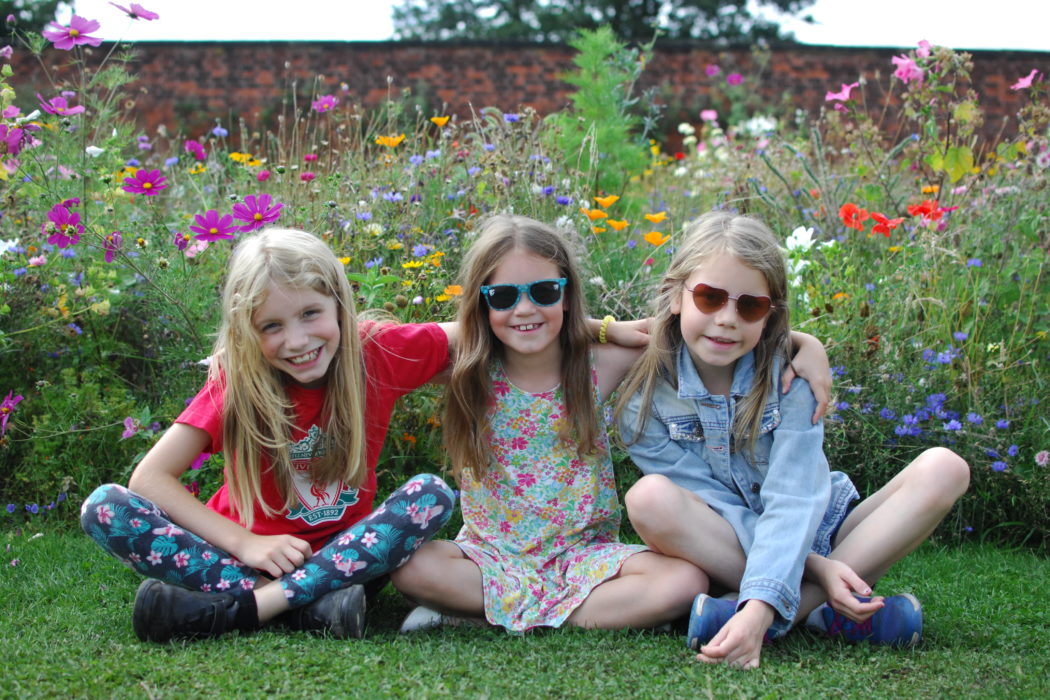 We are very lucky to have several National Trust properties within about an hour of where we live, which is partly why we decided to invest in an annual pass – there are so many places nearby that we want to explore that it seemed silly not to really.  The closest one to us (literally ten minutes up the road) is Shugborough Estate.  It only got taken under the care of the National Trust last winter and it re-opened in early Spring this year.  We’ve visited plenty of times before it got taken over and really loved it there – there’s always something new to discover – and had been meaning to visit again since the National Trust had made it’s improvements, but life kept on getting in the way and we didn’t quite manage it.

To backtrack a little bit… At the start of August we had a rather odd and difficult day.  I wrote about it a little bit in my August Little Loves post: in essence, way back at the beginning of May there was a nasty incident where my husband works which resulted in him being threatened with a huge knife.  The case ended up going to the Crown Court as the man who did the threatening pleaded innocent (even though the evidence was all there in black and white on CCTV!).  The court case was at the beginning of August – my husband had to be a witness, give evidence and be cross-examined by both the prosecution and defence barristers in front of a full jury.  It was all very stressful for him as you can probably imagine.  I went along to support him as best I could and the whole thing was a very unpleasant experience for both of us.

Anyway, after it was all over we both felt the need to unwind, get some fresh air and do something ‘normal’.  My Mum had very kindly come to stay for a couple of days in order to look after our girls for us while we were in court, so we decided to all head out to Shugborough together for a walk.  It seems a bit strange to be writing about it a whole month after the event but I had so many photos I wanted to share from the few hours we were there that I figured better late than never.  It’s still part of our story, and essentially that’s what this blog is about – documenting our adventures, keeping track of both the ups and downs, and recording memories of our girls for them to look back on over time.

We started off in the Walled Garden where there was an abundance of wildflowers, which I loved.  They’re so pretty and colourful – my heart feels happy just looking at them.

The wildflowers were absolutely beautiful

My own little wild flower 🙂

Making time to stop and smell the flowers

I love this one of my three girls, even if it is a bit cheesy and posed

She always finds way to climb on him somehow!

This one loves to twirl!

We also discovered a new little adventure play area, set out a bit like a pirate ship, which was fab.  It looks like it’s going to be expanded in the coming month so it’s bigger and better. The girls spent ages clambering on everything.

Playing in the adventure playground

Dancing back through the Walled Gardens 🙂

From there we walked up towards Shugborough Hall itself, stopping for an ice cream en route even though it was beginning to spot with rain.  It’s such a beautiful old building and the gardens and grounds surrounding it are seemingly endless.  You really could spend all day there and not see everything because there are so many hidden corners.  We stumbled across an old tennis court, overrun with rambling roses, and stayed there for absolutely ages playing against each other with the tennis and badminton sets that had been thoughtfully provided.  Normally I’d be standing back snapping photos but for once I actually put down my camera and joined in, much to the girls’ delight.  I surprised myself with how much fun I had and made a mental note to myself to do it more often.  It obviously made an impression on the girls too because they’ve been asking to go back non-stop ever since.  (We did revisit Shugborough last week for this very reason and had even more fun 🙂 )

I love this one of my Mum and Lola – the were chatting away to each other about all sorts of things!

This wisteria is absolutely stunning when it’s in full bloom

Sitting on the steps, watching the river and having a quiet moment

Once we’d worn ourselves out chasing tennis balls and shuttlecocks all round the courts we realised it was pretty close to closing time, so we headed back through the grounds, taking a different path to the way we came in, in 0rder to get back to the car park.

Cuddles with Daddy are the best 🙂

Mum stopping to take a photo

It was just what we needed to get rid of the ‘ickiness’ (is that a word?!) of the morning in court.  I’m sure we’ll be visiting again and again throughout the seasons.

(Please note, as I mentioned earlier we’ve visited Shugborough a couple of times in the last month, so the photos in this post are a combination from both visits.  Just in case you were wondering why there were costume changes!)

August 2017: The Moments In Between

Hi there! Today’s post is going to be a book review on my all-time favourite series – The Mortal Instruments. This is a YA…