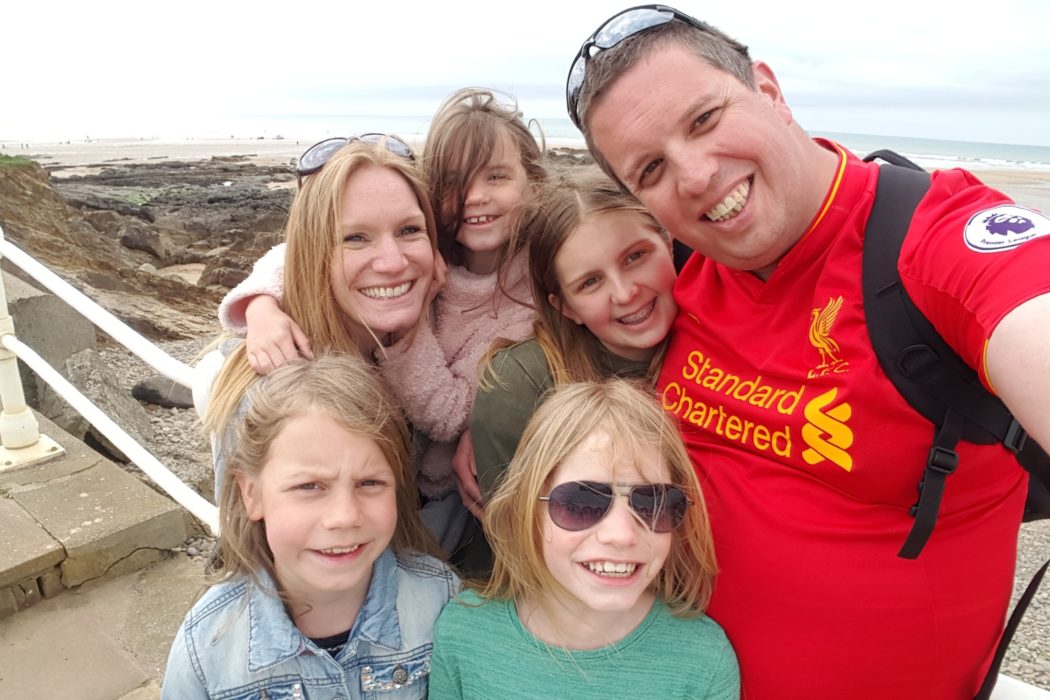 On my birthday last year I posted a list of 40 things I want to do, achieve and experience before I turn 40 years old in 2023.  I’d originally started the list when I turned thirty but I hadn’t launched my blog at that point so it existed solely in the relative privacy of one of my numerous notebooks for a few years.  By the time I actually (finally) shared it in my little corner of the internet, aged 33, I’d already ticked off a few items so it felt like I had a tiny bit of a head start even if that wasn’t really the case.

Anyway, I thought it might be a good idea to do an update each year on my birthday so I can keep track of how I’m getting on (and keep myself accountable by sharing it with all of you too!).

It’s actually been much harder than I thought it would be to move forwards with it.  I’m noticing that I have to be really intentional and in full-on ‘planning mode’ for some of them, whereas others are more about being completely spontaneous and taking advantage of an opportunity by grabbing it when it presents itself.  Plus, some of them are pretty expensive (see #4, #15, #16, #28 and #40!) and others are time reliant (see #12, #29, #30 and #40 again) so it’ll be closer to the big 4-0 that I eventually tick those ones off.  Still, I’ve made a good start and I’m pretty pleased with the progress I’ve made so far.

Pumpkin is now one-and-a-half years old and is very much a part of the family – I can’t really remember what it was like before we had him.  He’s been through a lot in his short little life – two major operations for his wonky back knee plus a third op to repair (with stitches AND staples!) a huge hole torn in his leg when he fell on a nail whilst trying to escape from another cat.  Oh, and he has a rip in one of his ears from another fight as well.  He’s quite small so the other neighbourhood cats bully him a bit, though I think he gives as good as he gets.  Whenever he comes in from his adventures he makes sure he comes and says hello to everyone in the house, purring like a motorbike and nuzzling us to stroke him, and he’s gradually starting to become a bit of a ‘lap cat’ – only when he’s in the mood though! 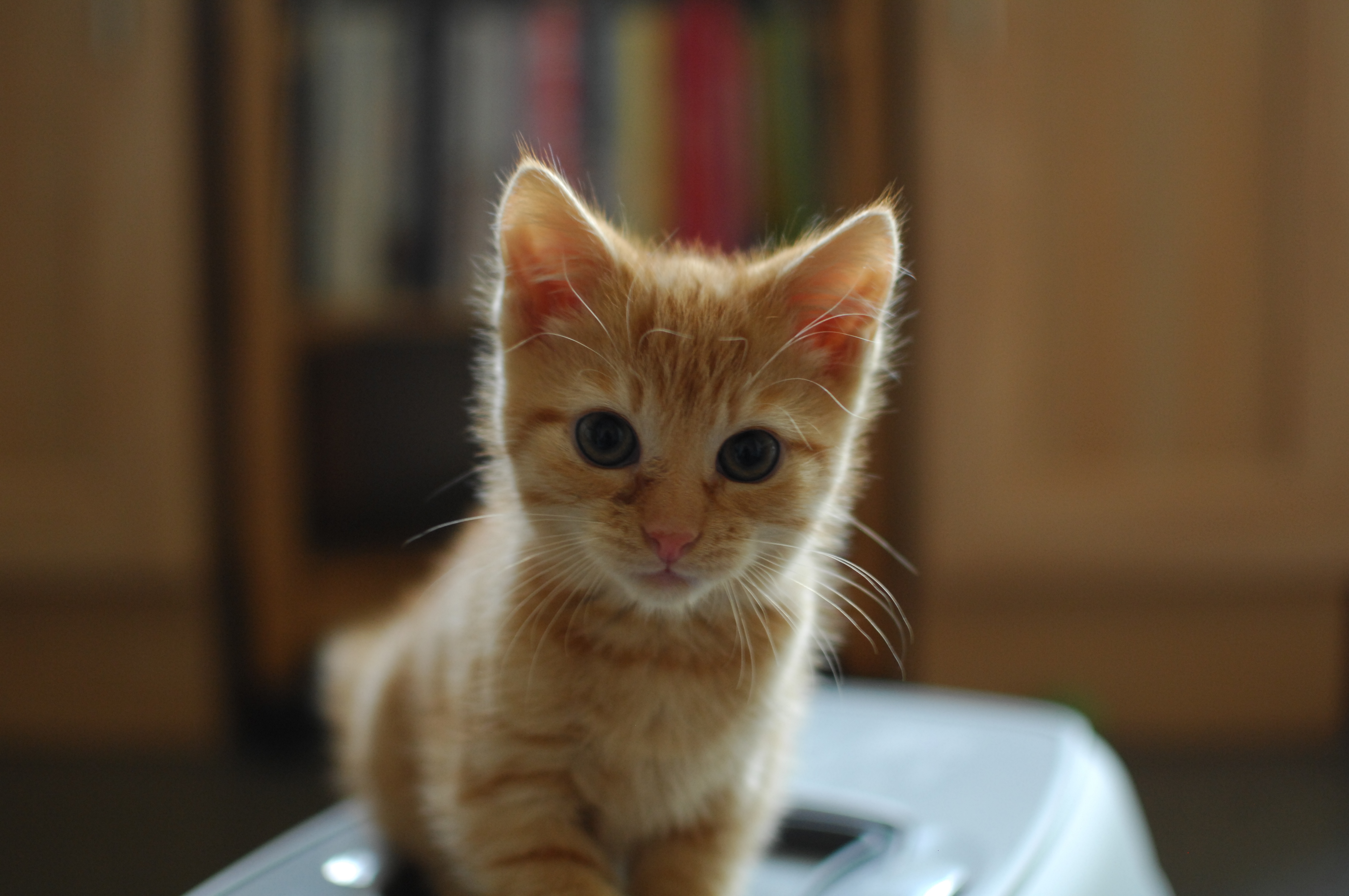 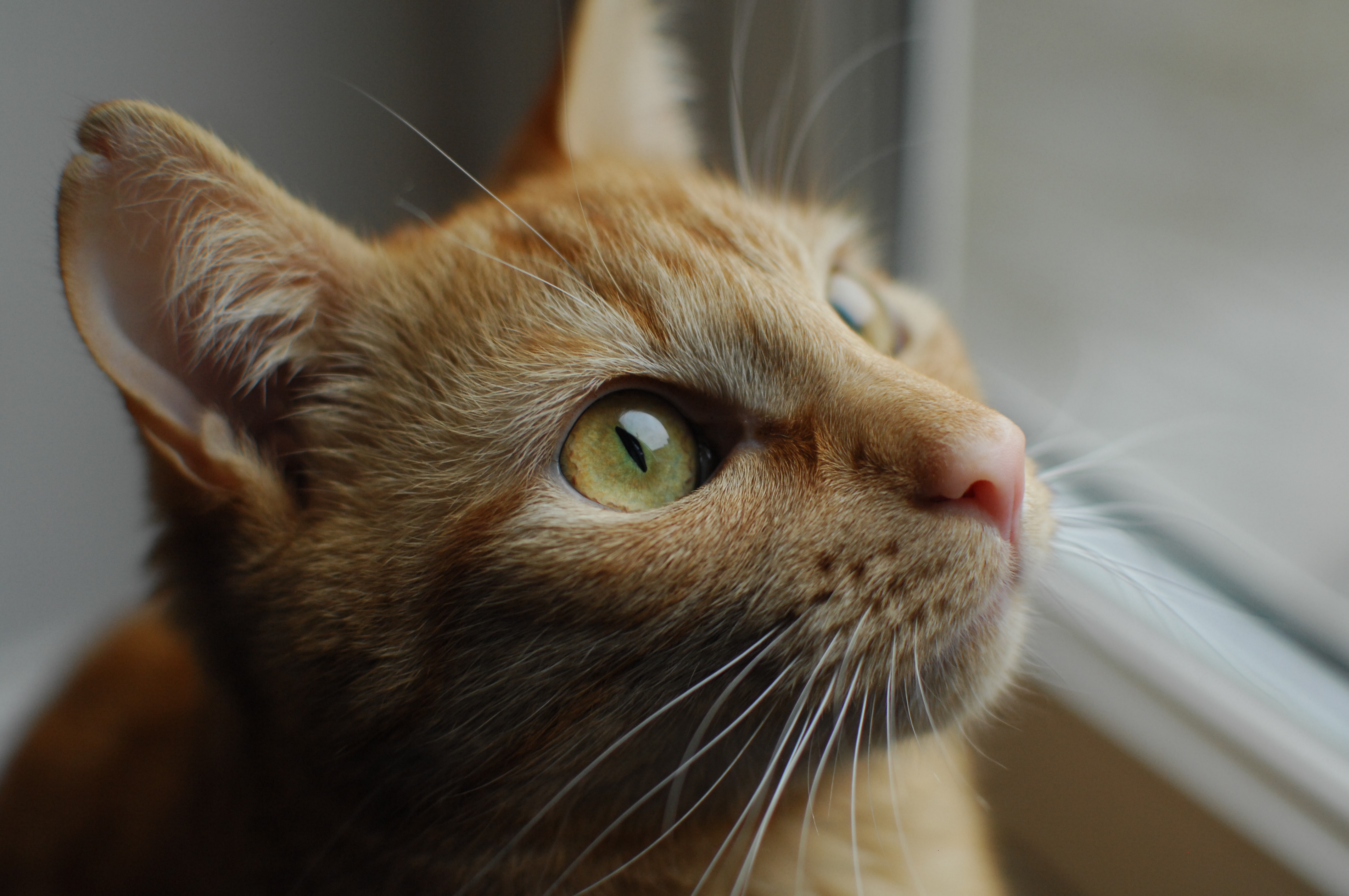 The Boy (as he is now fondly known) as he is today – isn’t he handsome?

We celebrate our third wedding anniversary next month (and thirteen years together in August!).  I honestly can’t believe how quickly the time has gone.  We don’t really do much to celebrate our anniversaries, though we’ve already decided we want to do something special for our ten year wedding anniversary.  In a way I’m glad we did it the ‘wrong way round’ and got married after we had children – I loved that they could be a part of our day and they still talk about it now. 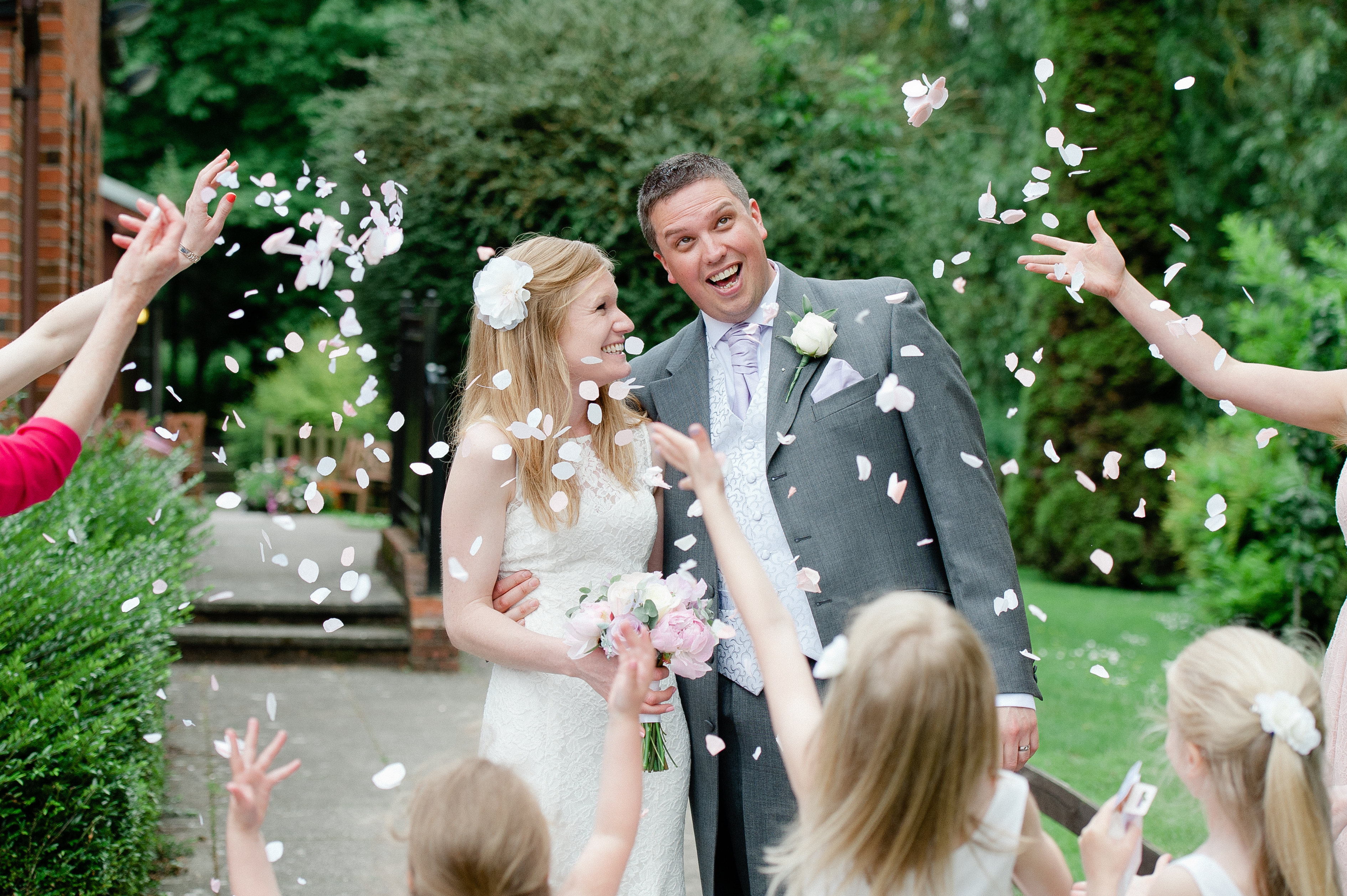 The husband and I on our wedding day three years ago

I’ve been blogging now for just over a year and simply can’t imagine not doing it.  It’s become a big part of my life and I’m working hard to be able to turn it into a viable career path.  I’m enjoying immersing myself in all the new things I have to learn, and I feel like I’m slowly building up a little community of online friends that I hope I’ll be able to meet in person one day soon.  I have met a few so far – Kerri-Ann from Life As Our Little Family, Jenny from Let’s Talk Mommy and Lucy from Capture By Lucy – and they are all just as lovely in real life!  I’m slowly and gradually beginning to build up a few followers too and I absolutely couldn’t do it without Neil and the girls, my biggest supporters.  I am forever grateful to them for putting up with my crazy requests, letting me shove a camera in their faces without warning and spending hours glued to my laptop and/or phone.  I can’t wait to see how it grows over the next few years. 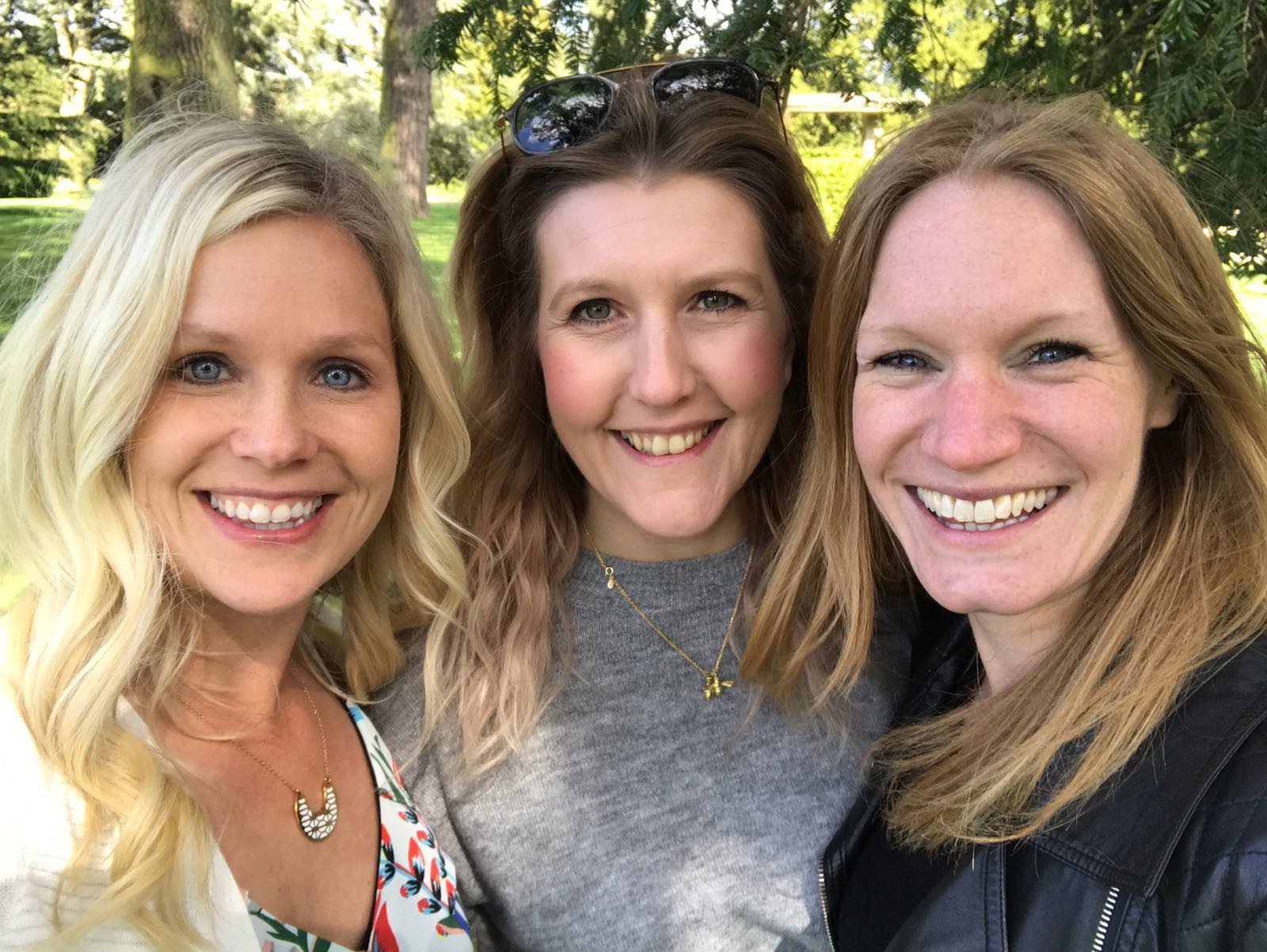 Me with Kerri-Ann and Jenny 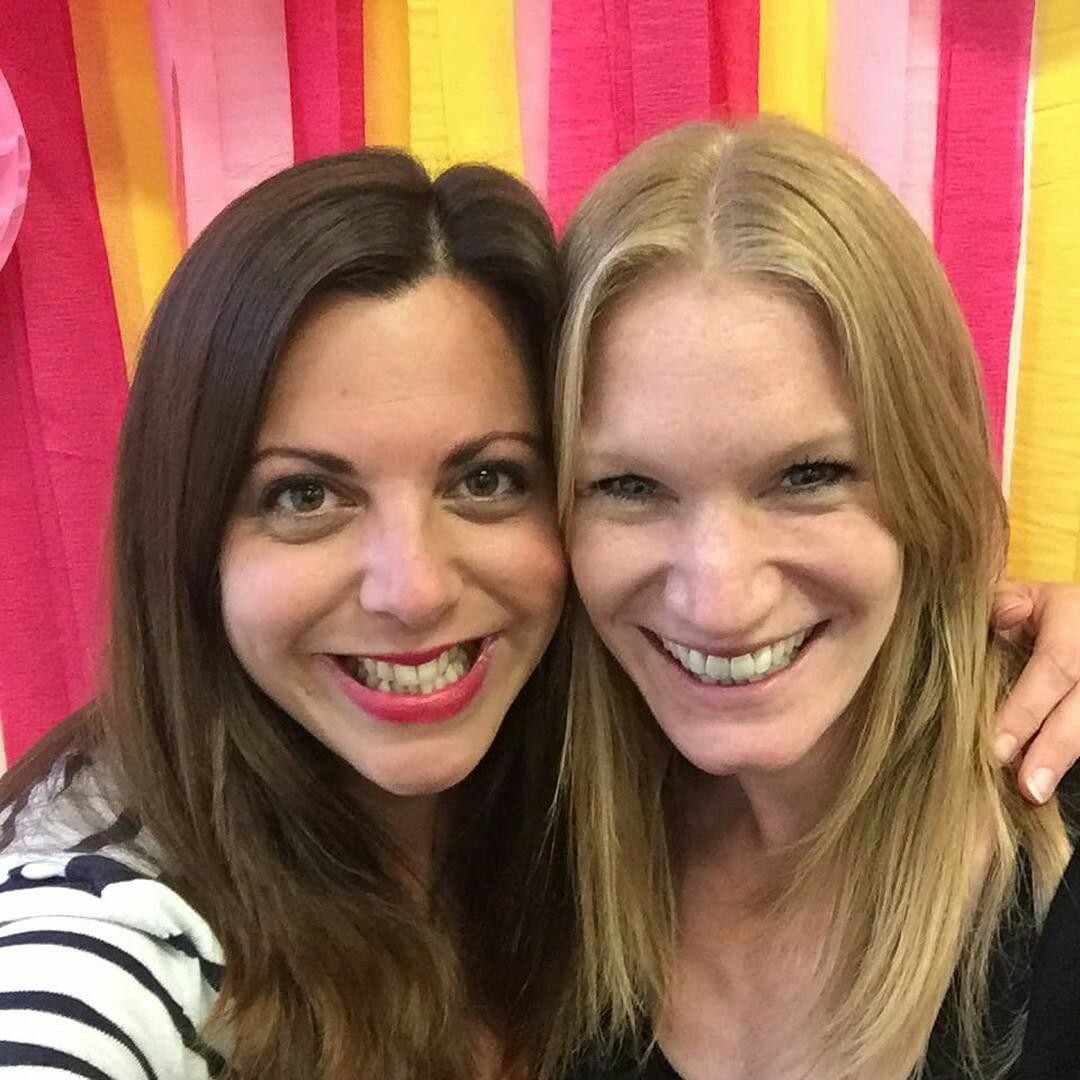 9.   Re-read all the Harry Potter books

I’ve not crossed this one out yet as it’s obviously going to be a work in progress – it takes time and patience to create a beautiful garden!  In November last year we finally bit the bullet after saving up for ages and had landscapers come in to sort out the scrubby patch of ‘grass’ (ahem, weeds) that was our back garden. We now have a lovely raised lawn, borders with a few flowers, a trellis to hide the bins and a patio.  I’m planning to plant lots of bulbs in pots come autumn, so that we get some lovely happy daffodils and colourful tulips in springtime.  I want some roses, a couple more climbing plants for up the trellis, a huge pot of herbs by the back door that I can use in my cooking and plenty of evergreen shrubs so it still has some life in it during the winter season. 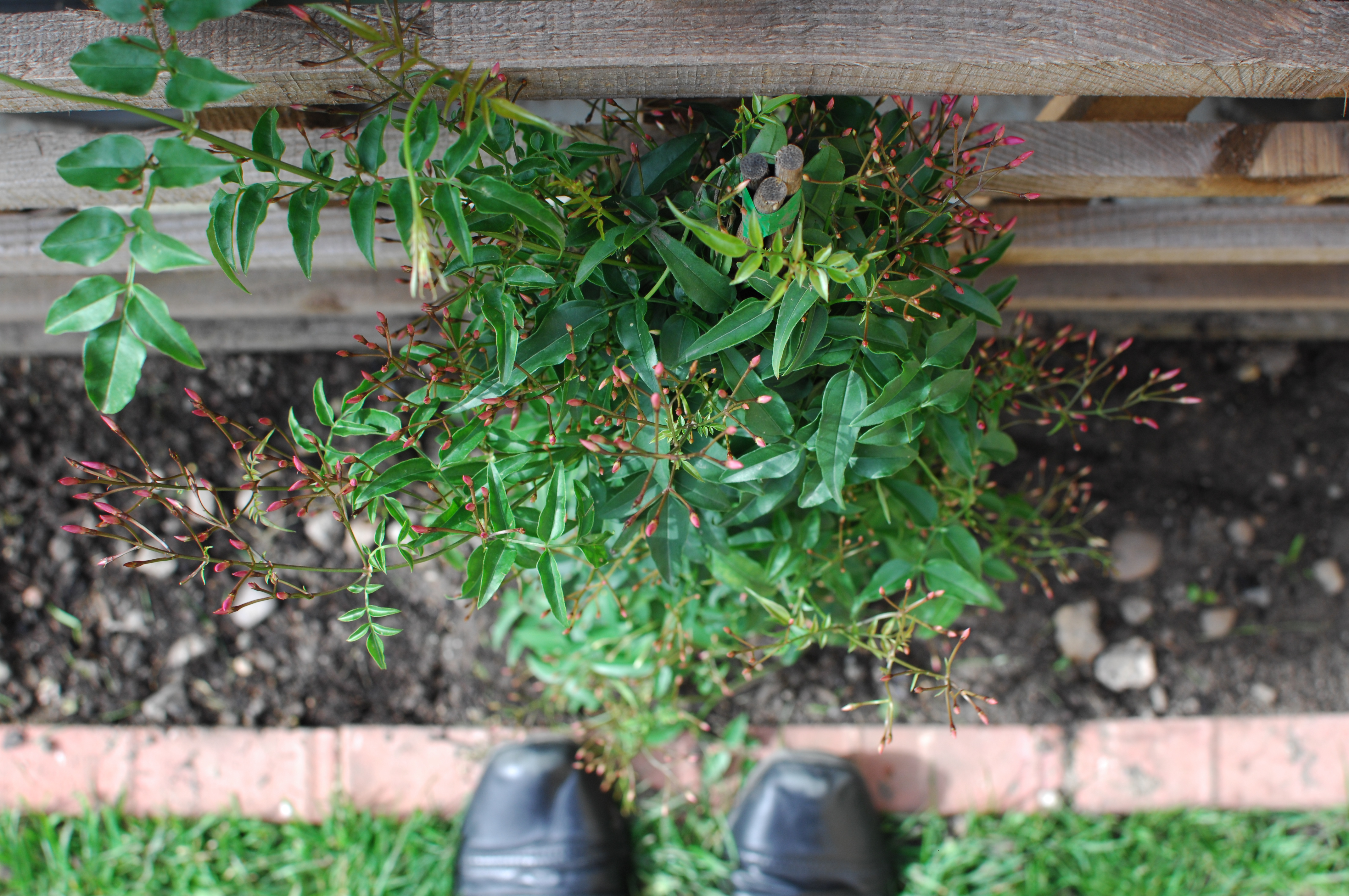 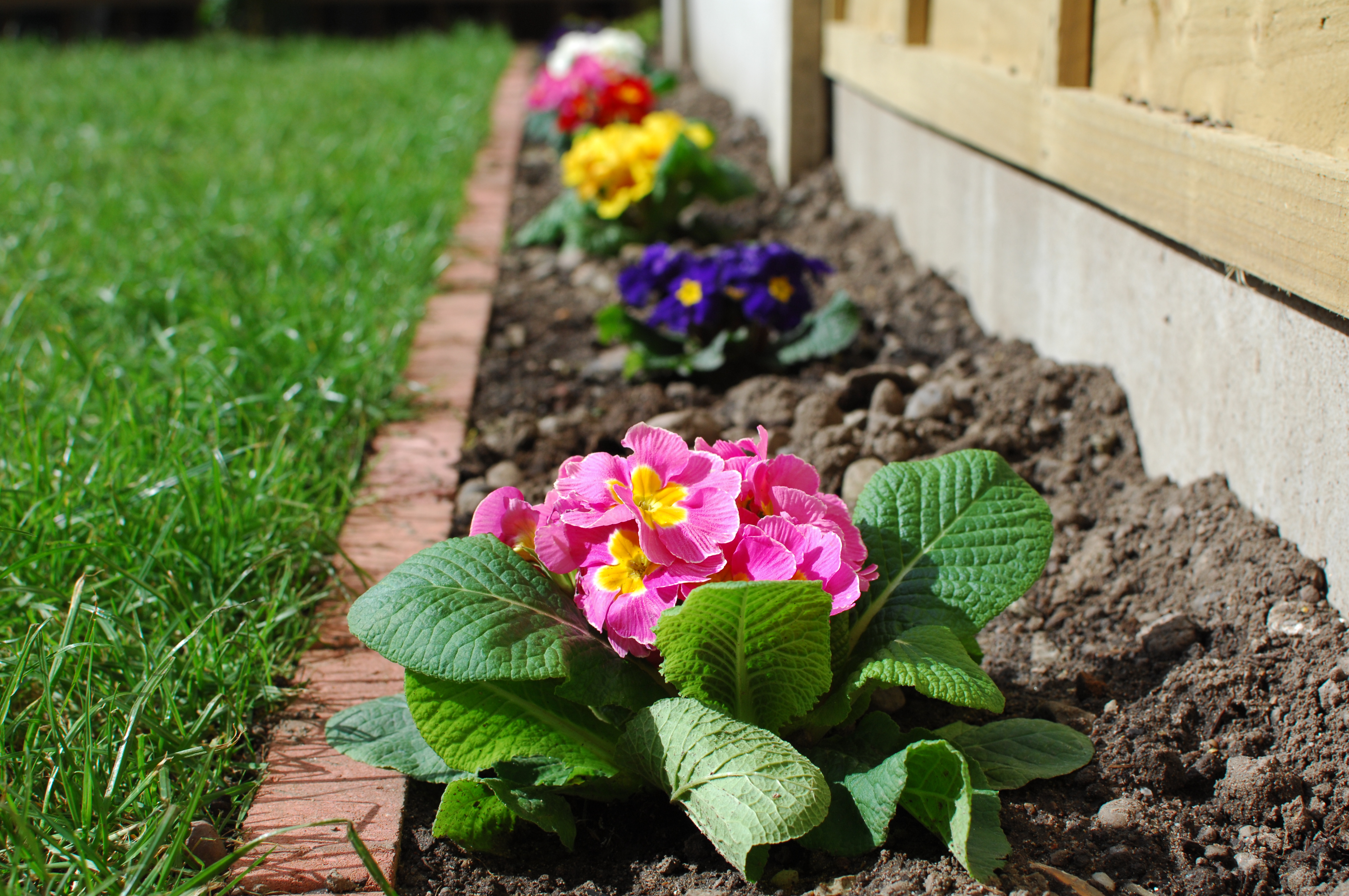 16.  Take the girls to Disney in Florida

17.  Have a love-bombing day with each of the girls

18.  Upcycle a piece of furniture

Because I work in Harley Street in London, I quite regularly see celebrities wandering around the streets but I’m nowhere near brave enough to actually approach them and ask for a selfie!  Besides, I wanted this one to be meaningful so I’m really happy that I managed to fulfil that requirement.  Meeting Cheryl Strayed at her book signing after the talk she gave in London was quite poignant for me as I love her book ‘Wild’ (and, unusually, the film adaptation too – I normally hate films based on books but Reese Witherspoon did such a fantastic job that it was impossible to do anything other than love it).

20.  Girly day with my daughters

This happened completely spontaneously when we discovered some very climbable trees whilst out exploring a new walking route.  It was super fun (and challenging) and now every time we go for a walk down the canal we have to visit the ‘Ladder Tree’ and climb up as high as we can go. 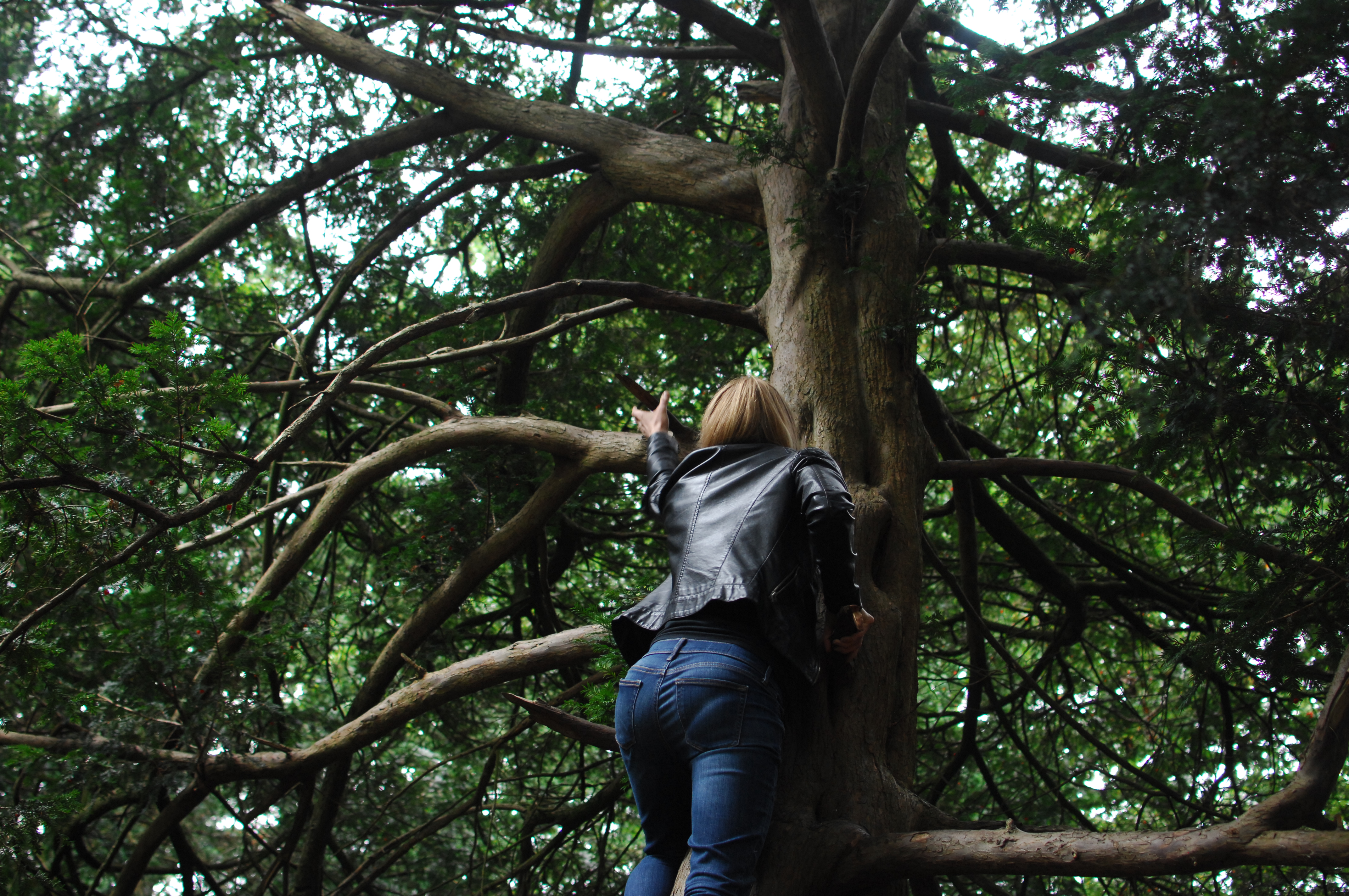 Yoga is one of my few ‘non-negotiables’.  I’ve been doing it for a year and a half now and I go every week without fail – absolutely nothing gets in the way of it (apart from a sick child or us being on holiday).  I wrote this post about my journey after I’d been doing it for a year and I can honestly say that it still makes a huge difference to my overall mental, emotional and physical wellbeing and I am incredibly grateful that I found my wonderful teacher when I did. 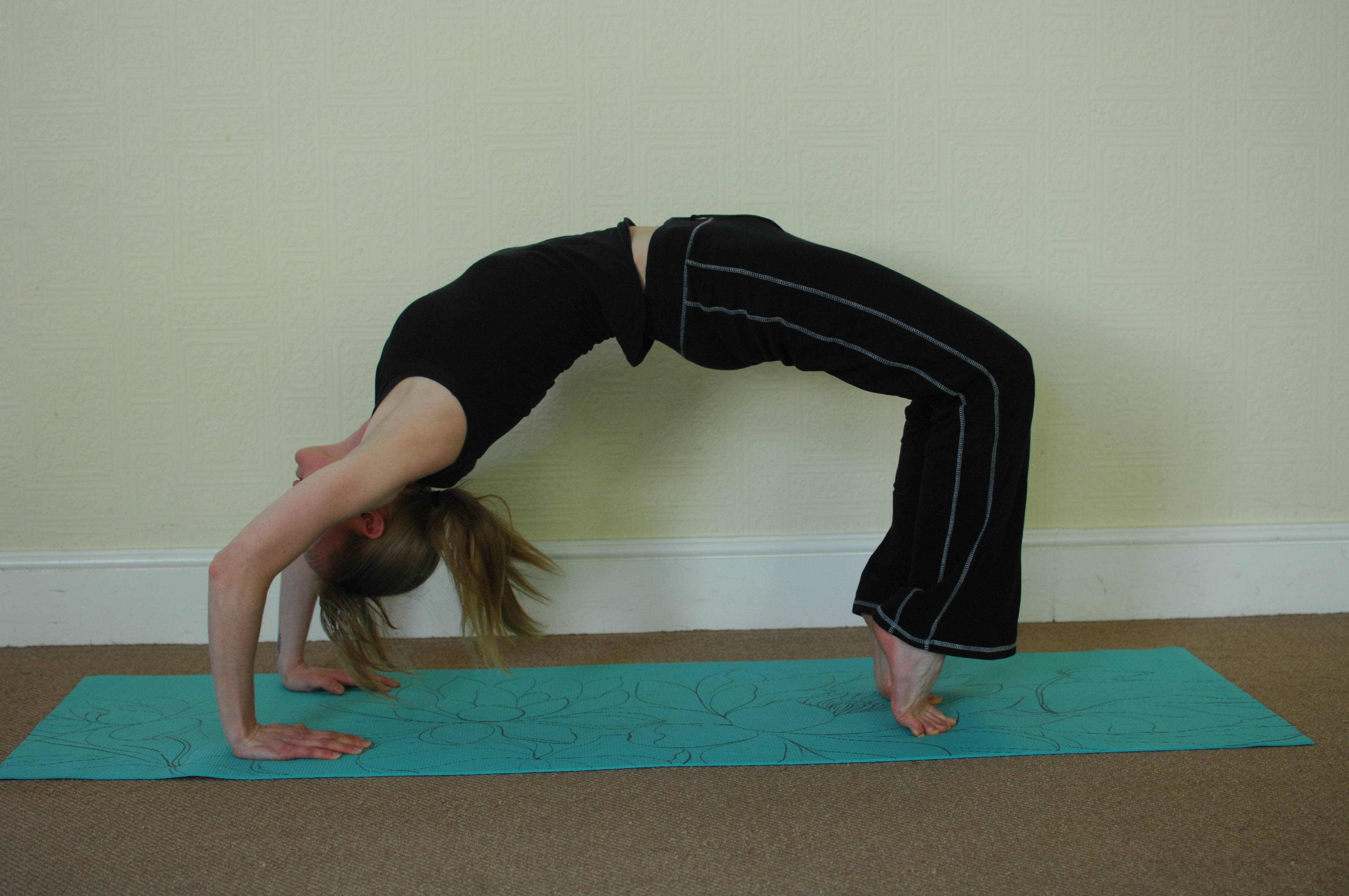 Me practising Wheel Pose. Getting there but need more practice!

29.  Do an Open University degree

30.  Watch the sunrise and the sunset on the longest day of the year

I’ve actually been to two gigs now!  The husband and I saw James Bay perform in the beautiful outdoor setting of Cannock Chase Forest last summer and what an experience that was!  Watching the sunset as he played was incredible and we were soooo lucky with the weather.  We then went to see Olly Murs perform in Birmingham a couple of months ago (a belated birthday present for the husband who has a little bit of a man-crush on Olly).  Both gigs were absolutely brilliant in completely different ways and it’s given me the bug again now – I’d love to see Ed Sheeran live too. 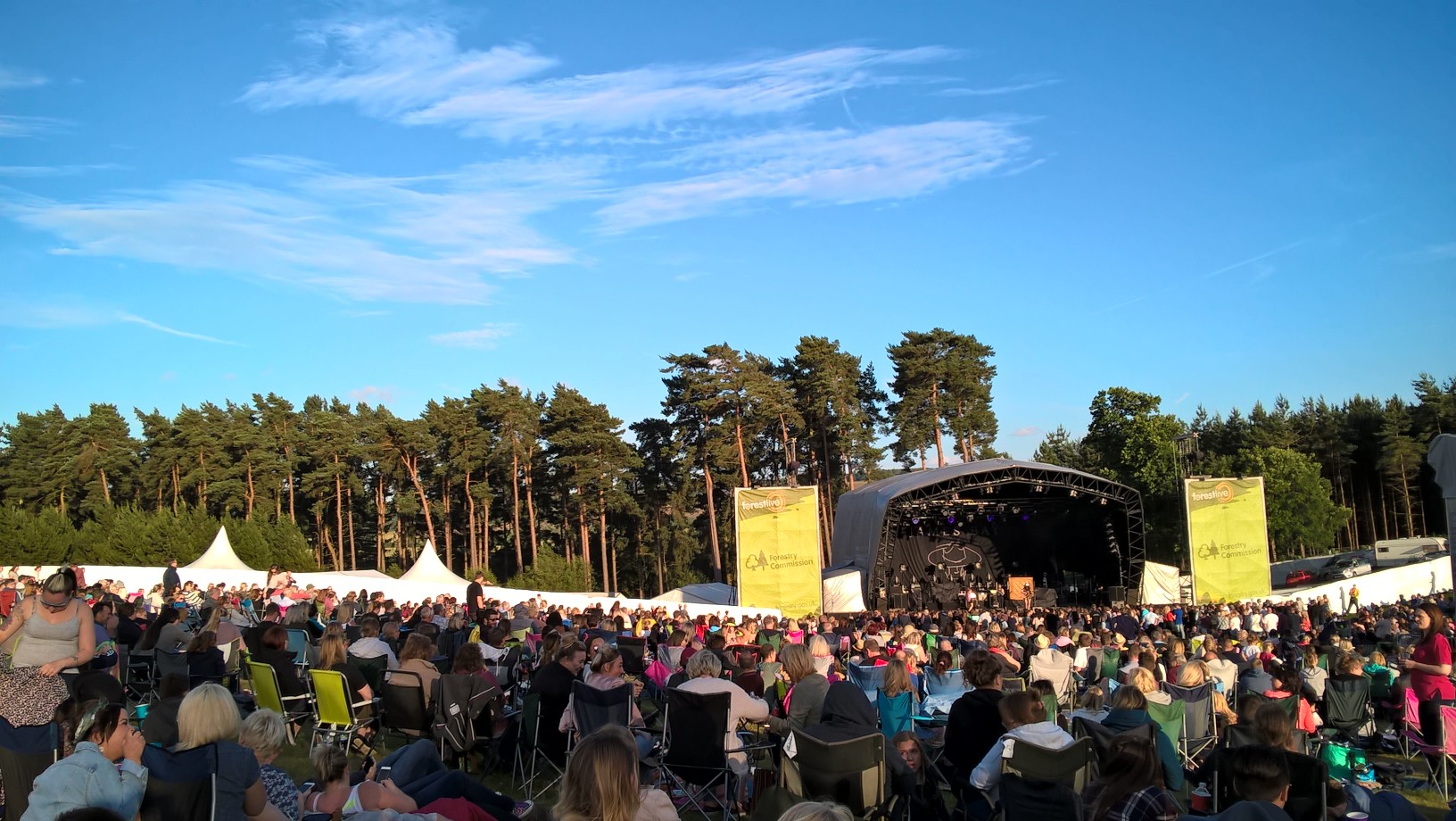 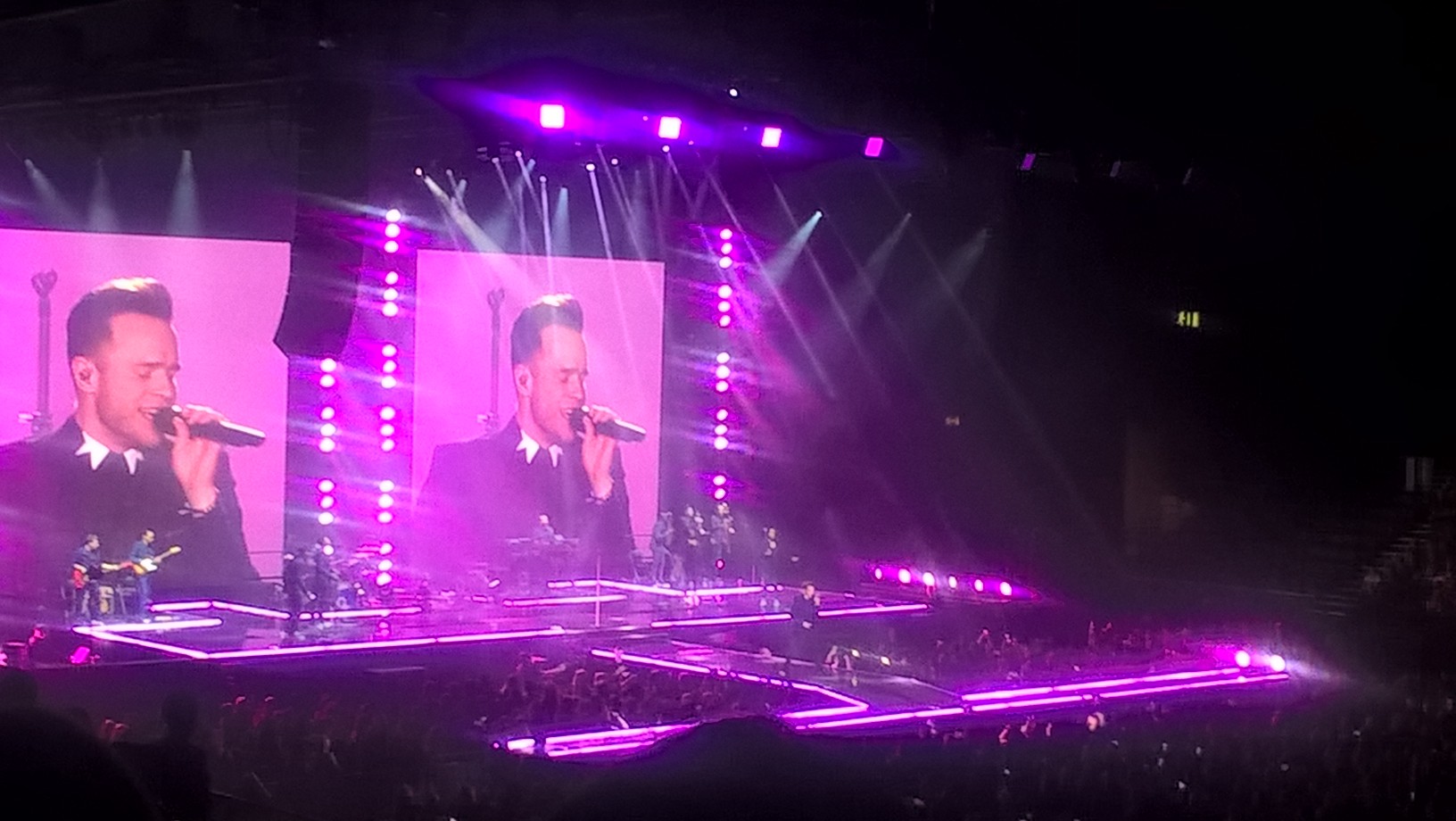 33.  Have a boudoir photo-shoot done

34.  Get my ears pierced again

39.  Take a 3 month sabbatical from work

So there you have it… seven items ticked off and thirty three still to go.  I’ve definitely got my work cut out over the next six years!

A day trip to The Lost Gardens of Heligan

Back in Beautiful Bude (Part 2)

I’m still behind.  And still determinedly working to catch up whilst giving myself grace that this busy season of life is really quite ridiculous…